The Voice of Al Franken 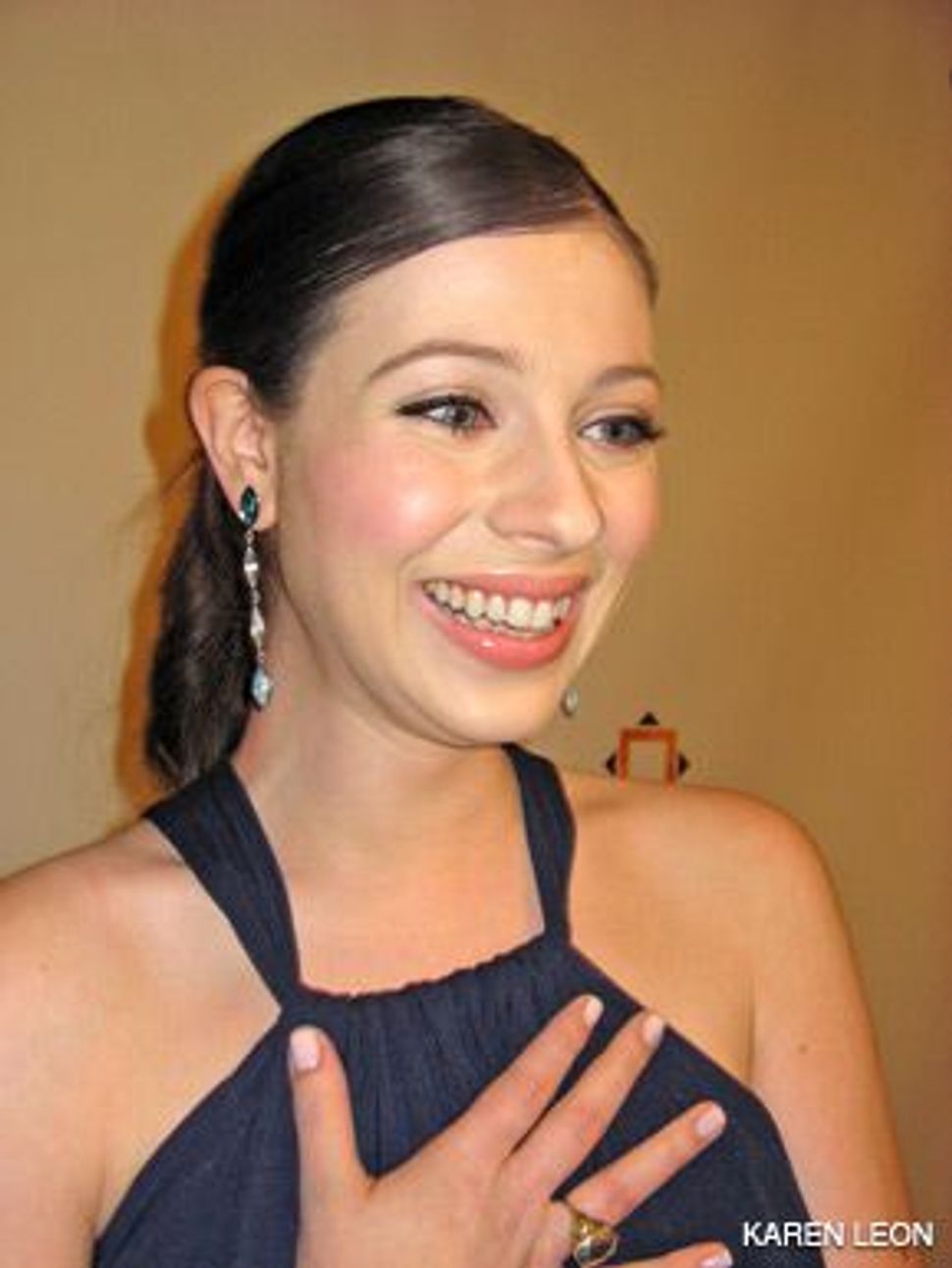 AL FRANKEN — IN HIS OWN WORDS 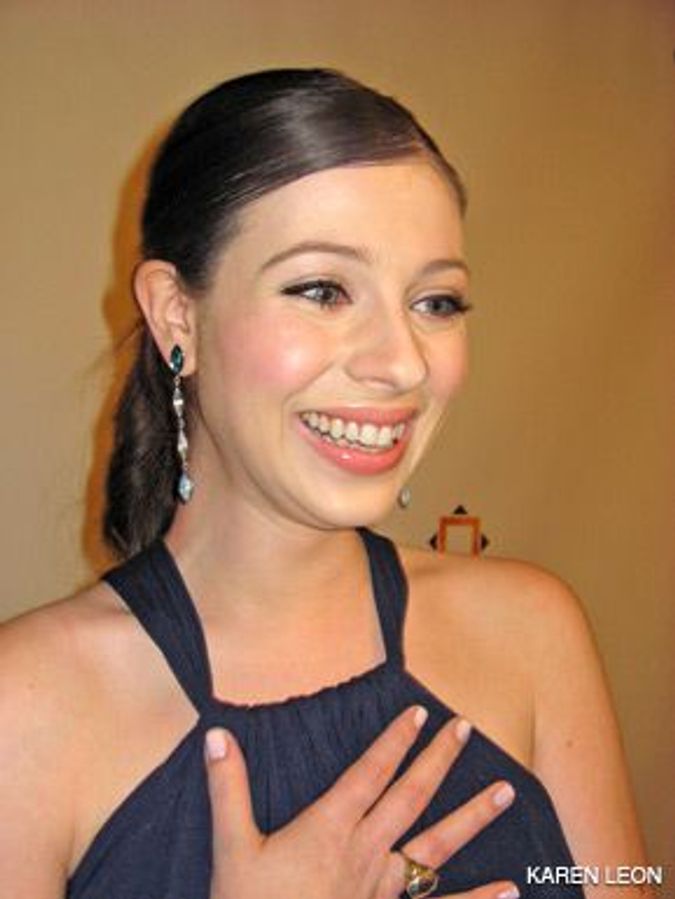 Returning from Washington on November 19, in the “quiet (no cell phone) car” of the Acela Express, I recognized the voice of Al Franken. Crossing the train’s aisle, I approached the dapper-suited Franken — then in the vortex of a recount in his Minnesota senatorial race against GOP incumbent Norm Coleman — and asked, “Is there anything you would like to say to the Forward readers?” His curt reply: “I’m not doing interviews.” So, I revisited a Franken encounter at which he served as master of ceremonies for the November 5, 2001, gala of the Hebrew University of Jerusalem’s Lautenberg Research Center for Immunology. Mistaking the Waldorf-Astoria’s Starlight Roof for a comedy club, Franken had the black-tie guests cringing at an unprintable innuendo about the special guest, then Miss Universe Denise Quinones, and the guest of honor, former president Bill Clinton. “So far, we have not had a Jewish president,” said Franken, who posited that then secretary of state Colin Powell would be the best candidate for America’s “first black president.” Besmirching the distinguished history of Jews in America’s military, he joked, “The first [Jewish] president would also have to be the highest-ranking Jew in the military — the comptroller for the Coast Guard.” (For the record, there is no such post.) At the time, the highest-ranking Jews in the military included Max Baratz (a retired chief of Army Reserves with the Pentagon). Evidently, Franken never heard of Hyman Rickover, the four-star admiral who was “the father of the nuclear submarine.”

Clinton, in turn, gave it right back to Franken: “One day there will be a Jewish president, and, thank God, it won’t be you.… You are my friend, Al, but you are a twisted soul. I’m here because Frank Lautenberg was a great U.S. senator, and I am trying to cultivate ‘the discipline of gratitude,’ a subject in a book Hillary gave me.”

**“GOSSIP GIRL” TRACHTENBERG HELPS GET THE WORD OUT ON LIBERIAN TRAGEDY **

“I celebrate Christmas and Hanukkah,” stunning Michelle Trachtenberg told me at the October 23 MacDella Cooper Foundation benefit gala for Liberia’s orphaned and abandoned children, held at the New York Athletic Club. Trachtenberg, who is of Russian- and German-Jewish descent and speaks Russian, and whose grandparents live in Israel, added, “I went to a private Catholic school, but I live an ecumenical life.” The 23-year old actress has credentials that include the Disney film “The Ice Princess” and the TV series “Buffy the Vampire Slayer.” More recently, she appeared as Georgina on the hit CW TV series “Gossip Girl.” The evening’s guest of honor was New York Governor David Paterson, who stressed the need to address “the national tragedy of Liberia.” He was accompanied by his special assistant, Howie Katz, who is a former New York Region Anti-Defamation League director (1999-2001) and a Forward reader.

MacDella Cooper, who founded the organization in 2004, is descended from freed slaves who left the United States in the mid-19th-century to return to Liberia, Africa, where they created a republic that flamed antagonism between themselves and the indigenous Liberians. Her stepfather was the United Nations director of Liberia. Cooper’s early years in Monrovia included being chauffeur-driven to a private school. During her flight from Liberia’s civil war in 1989, she witnessed atrocities and had narrow escapes before reaching the Ivory Coast. Coming to Newark, N.J., in 1993, she observed, “This wasn’t the America I expected.” The inner-city school provided another culture shock — indifferent students, jokes at her coming from Africa. In her memoir, she writes: “Within a few weeks of arriving at Barringer school, a student was shot at school.… What’s wrong with these children here? My brothers and I have been struggling to be good, to behave ourselves through a civil war, almost got killed, almost got raped, and these people are shooting each other for fun?” Cooper persevered, graduated at the top of her class and embarked on a career in communications, and now, through her foundation, she provides aid to tens of thousands of orphaned and abandoned children in a country that, after the 14-year-long civil war, has left 80% of the Liberians below the poverty line.

Performers at the National Yiddish Theatre-Folksbiene’s audience-pleasing October 30 benefit included cantor Robert Abelson and his bravura Yiddish renditions of “Return to Sorrento” and “Old Man River” that would have had Paul Robeson mazel-toving. In a spin on that old tear-jerker “Mayn Yidishe Mame,” Abelson tweaked the line “I long to kiss her wrinkled brow” to “I long to kiss her Botoxed brow.” Ruth Westheimer touted the Folksbiene as “The sole surviving Yiddish theater in America where there had once been 20.” Folksbiene chairman of the board Jeff Wiesenfeldput the spotlight on Yiddish theater diva Mina Bern, “now approaching her second century.” Folksbiene’s past co-director Eleanor Reissa lit into a four-handkerchief Yiddish version of the oh-so-timely “Brother, Can You Spare a Dime?”

The evening’s program included sweet-voiced Daniella Rabbani singing in an impeccable Litvishn Yiddish, and 9-year-old Sarah Mlotek, daughter of Folksbiene’s artistic director, Zalmen Mlotek. Petite and slender, she had the audience teary-eyed with her soulful interpretation of the heartbreaking number “Papirosn,” a lament about a child trying to sell a few cigarettes on a bitter snowy night. The benefit, which was held at the Museum of Jewish Heritage – A Memorial to the Holocaust, was dedicated to the memory of Abe Oster, a member of the Folksbiene board of directors whose untimely death robbed the Yiddish-speaking world of someone for whom Yiddish and other Jewish causes was a lifelong passion.

If you are a fan of the Folksbiene’s hit productions, no doubt you already know that from November 23 until December 28, the theater is mounting the American premiere of a new musical, “Gimpel Tam” (“Gimpel the Fool”), based on the short story by Isaac Bashevis Singer. For information, please call l-800-595-4849.

The Voice of Al Franken