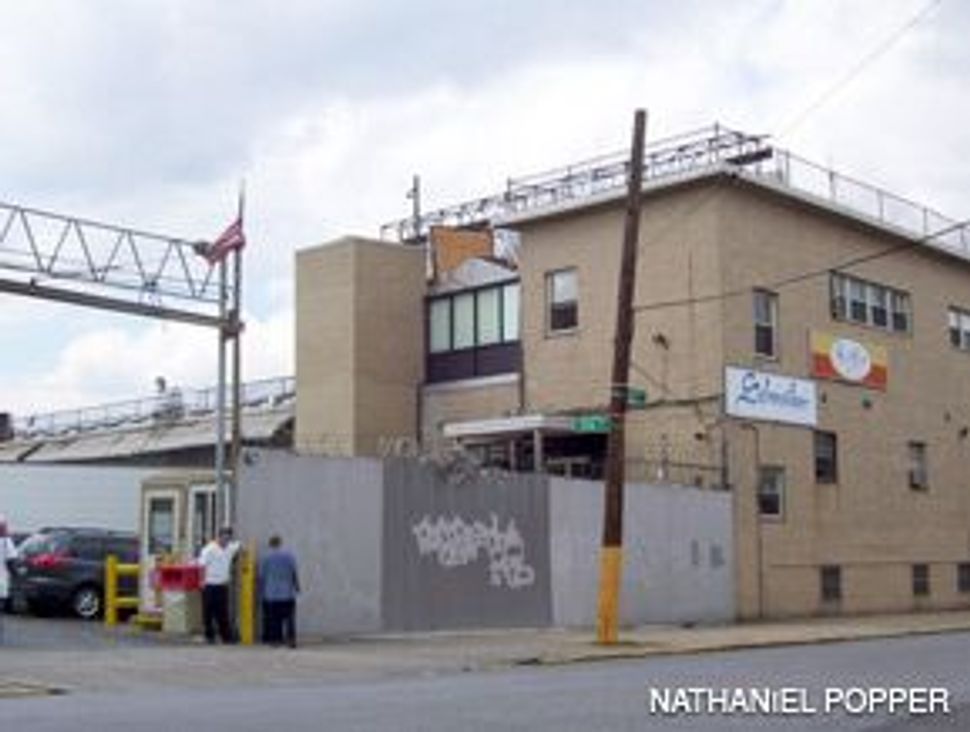 The entrance to the Alle Processing plant in Queens

Workers at one of the nation’s largest kosher meat producers have voted against joining a union, though the union that led the drive is contesting the vote and accusing the company of foul play. 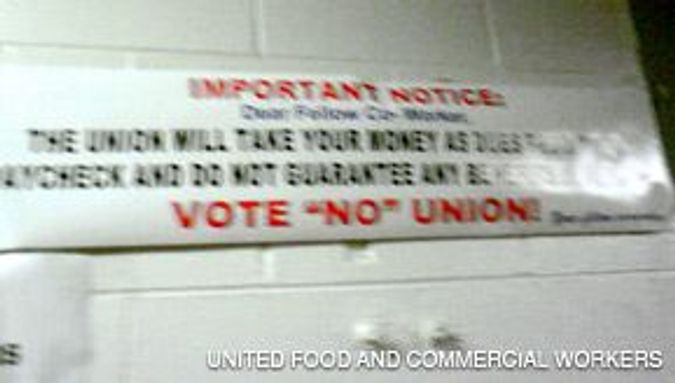 GIVING NOTICE: A detail from a banner posted at the Alle processing plant. 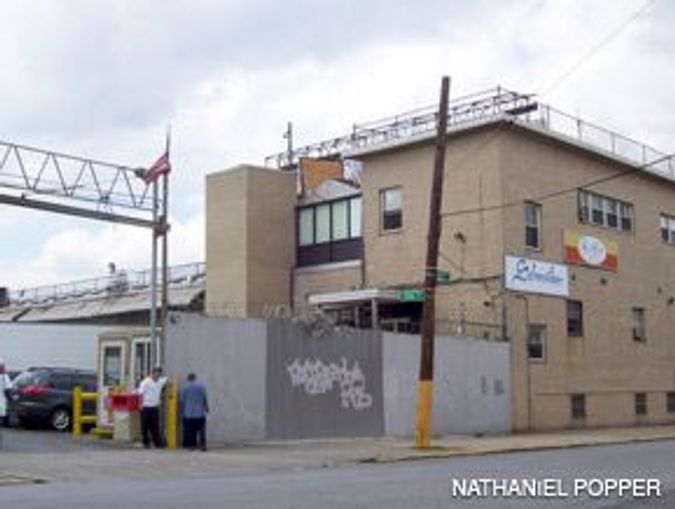 The entrance to the Alle Processing plant in Queens 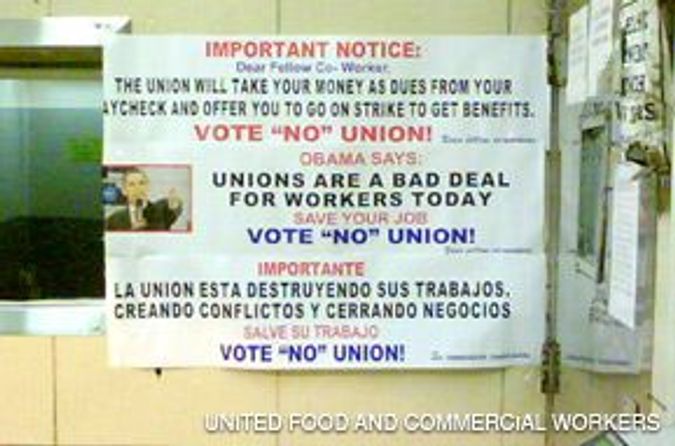 Workers took a picture of banners that were put up inside the Alle Processing kosher meat facility before a union vote.

The November 13 vote at the Alle Processing factory in Queens came amid widespread scrutiny of labor conditions in the kosher meat industry. In May, what had been the nation’s largest kosher meat producer, Agriprocessors, was the subject of an immigration raid. A union had unsuccessfully tried to organize the workers at Agriprocessors’ Iowa slaughterhouse.

The union that led that drive in Iowa, the United Food and Commercial Workers, began a campaign at Alle’s factory in Queens soon after the Iowa raid. In unofficial results, 200 workers voted against joining the union, 113 voted for it and 53 votes were challenged.

The union quickly filed an objection, lodging 31 separate complaints about the way the company behaved prior to the vote. It alleges that Alle broke the law by bribing workers, sending supervisors to vote multiple times and threatening “reprisals from immigration authorities if employees voted for the union.”

“It’s the highest number of objections I have ever had with regard to a union election,” said Dave Young, a regional organizing director for UFCW Local 342, which organized the campaign.

Mottel Bergman, an executive at Alle, told the Forward that he would not comment. “We don’t give interviews,” he said.

A banner that the company put up in the plant before the vote, which workers photographed, said, “The Union is destroying your jobs, creating conflicts, and even closing businesses!! Save your Job. Vote ‘No’ Union!”

The objection was submitted to the National Labor Relations Board, which will investigate the charges before determining whether to recognize the election or call for a new one. Alvin Blyer, the NLRB regional director who is overseeing the case, said that because of the unusually large number of complaints against the company, it could be months before the board comes to a decision.

The UFCW, the primary union representing meatpacking workers, represents workers at a number of kosher meat companies, including a slaughterhouse in Illinois that supplies Alle with much of its raw meat. But in recent years, the union has locked horns with two of the industry leaders.

At Agriprocessors’ Iowa slaughterhouse, the UFCW led a lengthy drive to organize workers, though it never reached a vote. Articles in the Forward from before the immigration raid detailed complaints from employees about working conditions at the plant. Workers alleged that the company used their immigration status to scare them out of associating with the union.

At Agriprocessors’ Brooklyn warehouse, workers did vote to unionize with the UFCW, but the company said that because the workers who voted to unionize were undocumented immigrants, it would not bargain with the union. The case was taken to the U.S. Supreme Court, which last month rejected Agriprocessors’ argument, forcing the company to bargain with the union.

Workers at Alle have also aired complaints in the Forward about the way the company treats employees at the Queens plant, which produces kosher food under the Meal Mart, Mon Cuisine and Alle labels. The workers said they were given barely any safety training and no health benefits, and that they were subjected to different treatment depending on their immigration status.

The union alleges that immediately before the union vote, the company held separate meetings with Spanish-speaking employees who were told that the company “would call immigration on election day.” Darnell Pierre, who worked at the company until mid-November, said that many of the people who voted against the union were Hispanic immigrants.

“They were scared of something,” Pierre said. “It was something that someone was saying or doing that had them scared.” Anti-union banners in the plant, photographed by workers, were displayed in both Spanish and English.

According to Young, there also were problems for nonimmigrant workers. On the day before the vote, Young said, a number of burly men stood before the exit and gave each worker a bag of food while explaining to the workers why they should vote against the union. Labor law makes it illegal for either side to campaign in the 24 hours before the election.

The company also used the recent election of Barack Obama to the presidency to make its case. “Obama says, unions are a bad deal for workers today,” one banner said. “Save your job. Vote ‘no’ union!”

The banner appeared to overlook the fact that exit polls showed that 67% of union members voted for Obama.