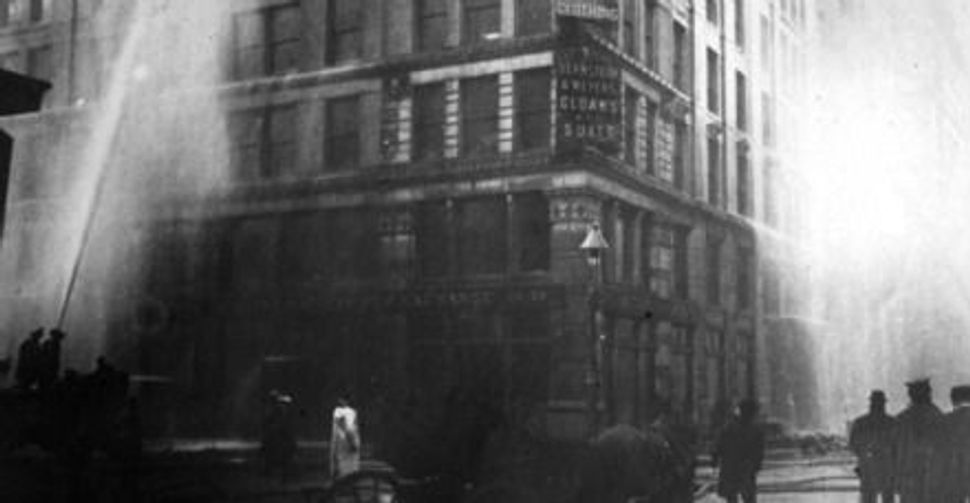 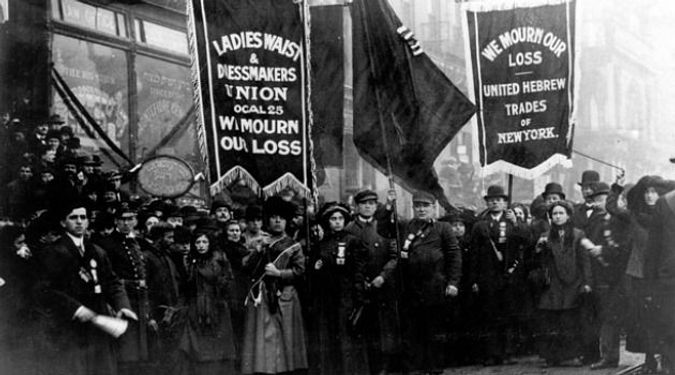 New Start: The Remember the Triangle Coalition has re-opened its search for an artist to design its planned memorial to the victims of the 1911 blaze. Image by ILGWU ARCHIVES, CORNELL UNIVERSITY

The Remember the Triangle Fire Coalition is re-opening its search for an artist to design a permanent memorial to the 146 victims of the historic garment factory fire, one of the nation’s worst industrial blazes and a catalyst for major reforms in labor and worker-safety laws.

The coalition, a confederation of about 250 groups dedicated to honoring the memory of the victims of the 1911 fire at the Triangle Waist Company in New York City, had initially chosen Brooklyn artist Janet Zweig to design the memorial. But over the past year, as the coalition closed in on the exterior of the Brown Building, the site of the fire, as its favored spot for the arts memorial, it became clear that Zweig’s specialty, interactive art, was not what was needed.

The coalition’s leaders and Zweig both said that they had parted amicably.

“I felt that the [project’s] needs would be better served by an artist with a different type of practice,” Zweig said in a press statement explaining her decision to withdraw, which was released by the coalition.

Mary Anne Trasciatti, the coalition’s director, credited Zweig with helping the not-for-profit group clarify possibilities for the project, intended to memorialize the tragedy in which largely Jewish and Italian immigrant workers perished.

“The important thing is that we continue to move forward,” Trasciatti said in a November 10 telephone interview with The Forward.

The coalition plans to conduct a nationwide search and is drafting a request for proposal that will give artists a better understanding of what the memorial could be. It hopes to release the RFP early next year.

Joel Sosinsky, a coalition executive board member, said the group needed to raise $250,000 for the project. About $5,000 is already in the organization’s coffers for the memorial.

Zweig, who has created public art installations around the country, was chosen about a year ago from among some 70 artists to design the memorial. She had spent months talking with community groups about their ideas for the design, and those conversations helped the coalition clarify its plans for the project.

Sosinsky told an open meeting of the coalition on November 10 that Zweig had offered two designs, but the sites for which they were intended were not available or feasible.

New York University owns the 10-story Brown Building and has classrooms, administrative offices and labs there. Trasciatti characterized the ongoing discussions with NYU about a memorial on the exterior of the building at Washington Place and Greene Street in Greenwich Village as “delicate, but fruitful.” If an agreement can be reached with NYU, the project would also face approval from the city’s Landmarks Preservation Commission and the neighborhood’s community board.

Joseph Manoleas, community liaison in the university’s community affairs office, said in a November 11 telephone interview that NYU was “committed to working with the coalition,” but that any discussion about the exterior of the Brown Building was premature. “We are still in the conceptual phase,” he said.

The infamous Triangle Shirtwaist Factory Fire started in a bin of scraps on the eighth floor of the garment factory only a few minutes before quitting time and spread quickly to the two floors above. More than 60 people jumped to their deaths from the loft factory’s ninth floor, as a crowd on the streets below watched in horror. Evidence offered at the trial of the factory’s two owners pointed to a locked door that blocked escape from the ninth floor, but the pair was acquitted of all charges.

In the aftermath, union activists and women’s groups pushed for reform, leading to the enactment of 36 safety and labor laws within two years by the New York State Legislature. Those laws served as a model for nationwide reform.

Three bronze plaques on the exterior of the Brown Building mark its status as a national landmark, the number of lives lost in the Triangle fire and the role the International Ladies’ Garment Workers’ Union played in changing working conditions.

Trasciatti said she hoped that the creation of an arts memorial would invoke memory or encourage reflection and call people to the site. Designs that were too technological or abstract “would not be ideal,” but she expected the names of the victims to be included.

“These were men and women, flesh and blood, who perished. Recognizing their humanity is really important,” she said.