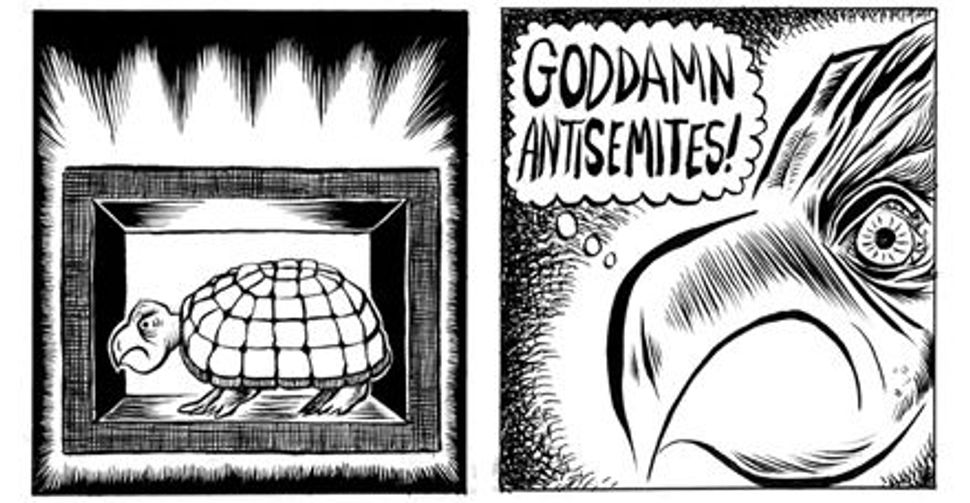 In this week’s podcast, host Josh Nathan-Kazis is joined by Forward editor Jane Eisner, Washington correspondent Nathan Guttman and Forward fellow Naomi Zeveloff to discuss the fallout from the Palestinian’s statehood bid, which Ehud Barak once described as a potential “diplomatic tsunami.” Then, the group turns to the new funding models that have been proposed for Jewish federation grants to groups working in Israel and other foreign country. Lastly, Eli Valley phones in to discuss his cranky character Stuart the Jewish turtle, who appears in Eli’s latest comic for the Forward about the Occupy Wall Street protest.