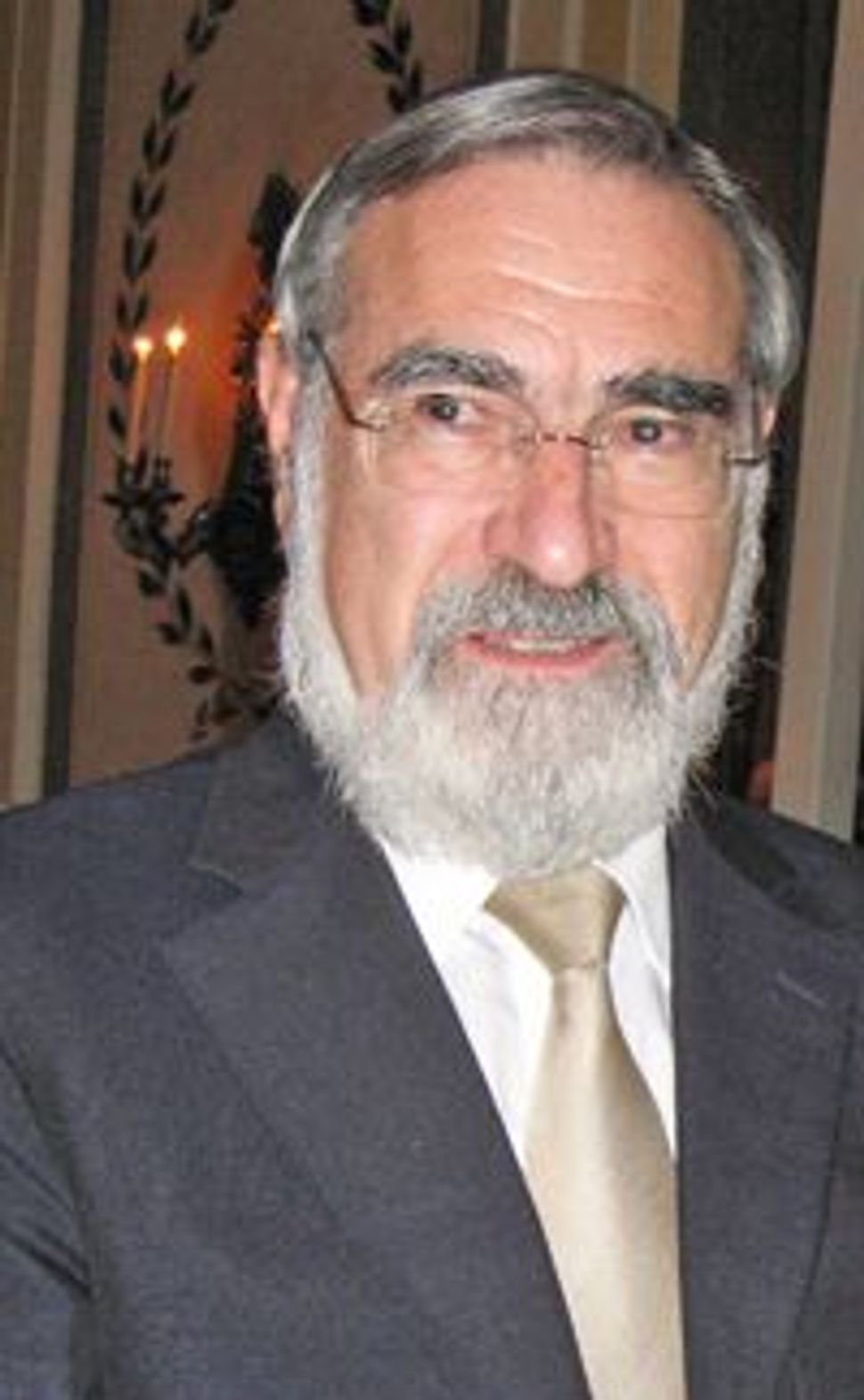 Sheila Birnbaum, head of Skadden Arps’ Mass Torts and Insurance Litigation Group, received the Karen Klitzman Award at this year’s UJA Federation of New York’s Lion of Judah luncheon at The Pierre on November 2. (The award is named for a young woman who died on 9/11.) Last May, Birnbaum was named by U.S. Attorney General Eric Holder as head of the September 11 Victim Compensation Fund program, which has distributed $2.8 billion to compensate victims who experienced health issues after the attacks.

Also honored was Joan Wachler, who received the Phyllis V. Tishman Memorial Award. According to the program notes, Phyllis Tishman “set an inspiring standard for service to all women who give their time and hearts to communal leadership.”

Marcia Riklis, general chair of UJA-Federation’s 2012 Annual Campaign, recalled, “The first time I came to a meeting at UJA, I saw all the women wearing a lion pin. I thought, ‘Gee, where did they get that? I am a Leo and I want that too!’ I came to realize this lion is not a mere trifle… but rather an amazing symbol of the inspirational work of UJA and particularly of the special role of women within the organization. Looking around this room, I think of the Helen Reddy song, ‘I Am a Woman — Hear Me Roar.’ We are women. We are powerful. We make a difference. This room today represents over $5.1 million raised for UJA Federation.

“It is interesting to note that countrywide, women’s philanthropy is growing at a faster rate than that of our male counterparts,” Riklis continued. “And it is not just the money that creates our power; it is our willingness to get involved, to transmit important values to our families, to work together to transform the world and to accept the power of collective responsibility. With just one gift, we touch the lives of 4.5 million people in New York and around the world. We can provide 250,000 low-income New Yorkers with basic groceries and nutritious meals. We provide 422,000 Israelis with trauma treatment to help them cope with the daily challenges and violence they experience.

Britain’s Lord Jonathan Sacks, Chief Rabbi of the United Hebrew Congregations of the Commonwealth, received American Friends of Open University of Israel Foundation’s Keter Torah Award at an October 31 gala at The Pierre in New York. Knighted by Queen Elizabeth II in 2005, Rabbi Sacks, who was made a Life Peer and took his seat in the House of Lords in 2009, delighted the audience with a Jackie Mason quip: “I may start slowly, but little by little I die out completely.” 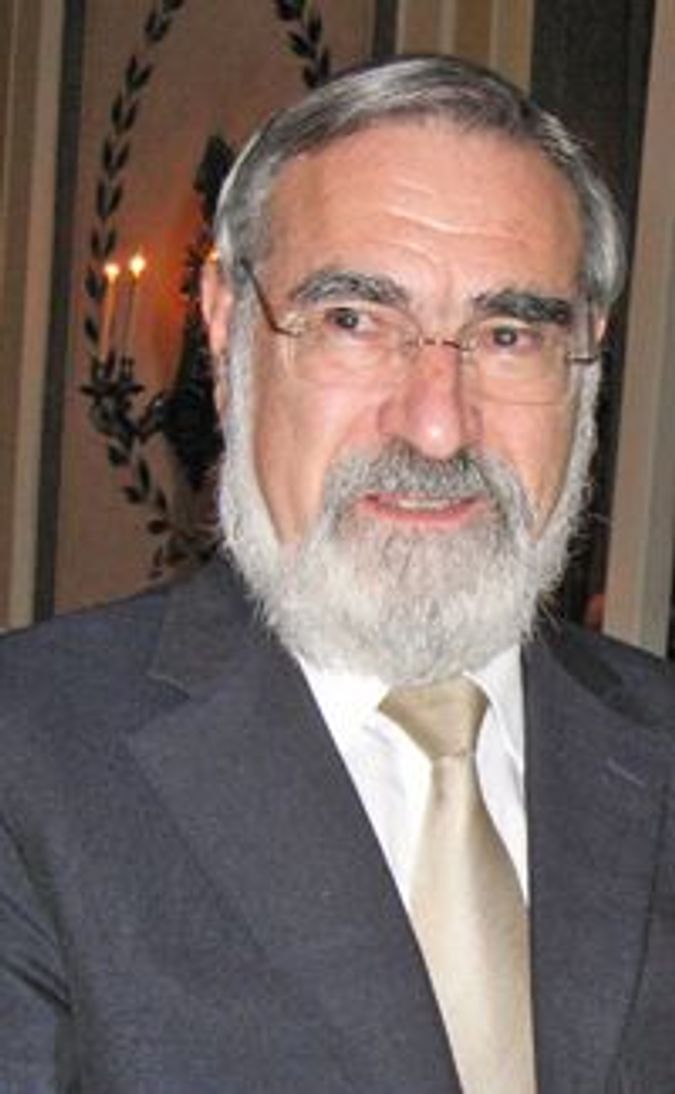 When the laughter abated, Rabbi Sacks delivered an incandescent commentary on the significance of the Hebrew alphabet. “Why the Hebrew alphabet, which developed in the Sinai Peninsula 3,800 years ago?” he posited. “Because the Hebrew alphabet was a revolution! Alphabets invented in seven other places at about the same time were [made up of] symbols and pictographs…. The Chinese had 40,000 ideograms. It took a lifetime to learn…. Jews came up with equality of knowledge,” he said. “Reduced to 22 letters, Hebrew was an alphabet anyone could read — even a 7-year-old child. It offered universal education, something not available in Britain ’til 1879. You needed no wealth, no power. It gave everyone equal access to the mind.” Rabbi Sacks is author of more than 20 books, the most recent of which is “Future Tense: Jews, Judaism and Israel in the Twenty-First Century” (Schocken 2010).

Ronnie Heyman, chairman of GAF Corporation and International Specialty Products, Inc., and managing partner of Heyman Properties, received Open University’s Yigal Alon Award. She lauded Open University Foundation President Ingeborg Rennert and her husband, Ira Rennert, for “having set a philanthropic example for the rest of us which is unparalleled.” OU’s Young Leadership Award was presented to David Sitt, founder of the Sephardic Food Fund, which since its establishment eight years ago has distributed more than $10 million. Emceed by OUF’s board Chairman Malcolm Thomson, the evening concluded with remarks by Open University of Israel President Hagit Messer-Yaron.

The Yigal Alon Award was established in memory of General Yigal Alon, who founded Open University in 1974. Since then, 32,000 students from all sectors of Israel’s multicultural society have graduated from this distance-learning university. Its student body includes Israeli soldiers serving their three-year compulsory military service. All the awards were museum-quality antiquities.

‘IN HEAVEN UNDERGROUND,’ AN EXTRAORDINARY FILM ABOUT A JEWISH CEMETERY IN BERLIN THAT SURVIVED UNTOUCHED BY THE NAZIS.

We are so used to reports of destroyed, desecrated or disappeared Jewish cemeteries in parts of the world that no longer have a Jewish presence that Britta Wauer’s documentary about the Weissensee Jewish Cemetery, north of Berlin, is astonishing. At 130 years old, Weissensee is one of the oldest Jewish cemeteries still in use in Europe. Situated in a lush, primeval fairytale setting, it holds 115,600 graves — from mansion-like mausoleums to simple stone monuments. Left untouched by the Nazis, its records are so meticulous that, even without headstones, every grave can be found.

In this 90-minute documentary, Wauer takes you though an enchanted setting where today’s young German students weed and tend the graves, the Israeli military holds memorial services and non-Jewish caretakers respect and preserve the minutiae of Jewish mourning traditions. Mausoleums of the wealthy and of those who served with honor in German uniform now mingle with the graves of Russians whose families have introduced flowers, medals and photos on gravestones — previously unthinkable in a Jewish cemetery! Composed of some 15 individual stories and commentaries by family members, “In Heaven Underground” is an indelible must-see film. It plays November 18–24 at New York’s Cinema Village before its national release.