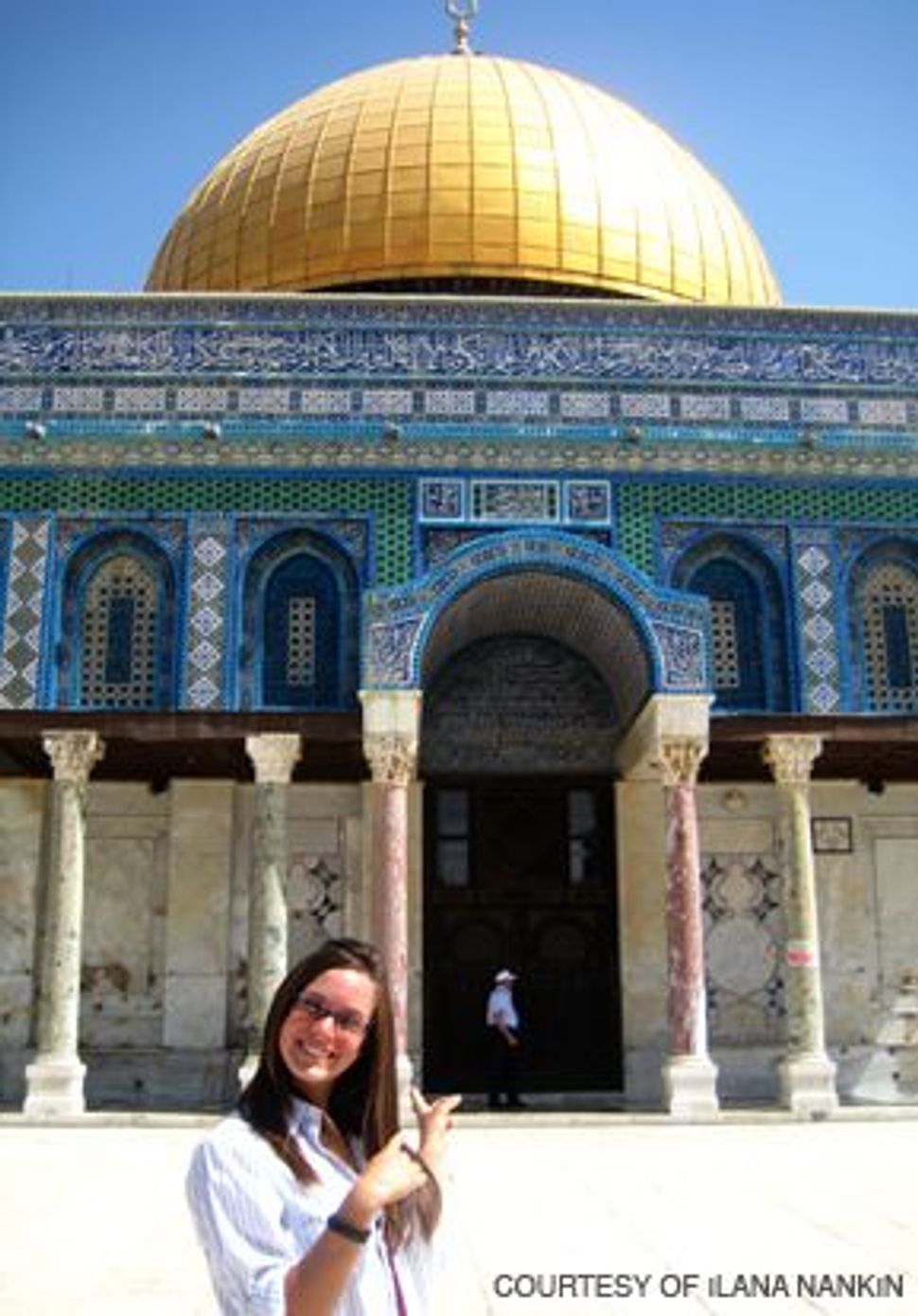 Los Angeles — The University of California, one of the country’s largest public higher education systems, will soon allow students to return to studying abroad in Israel. 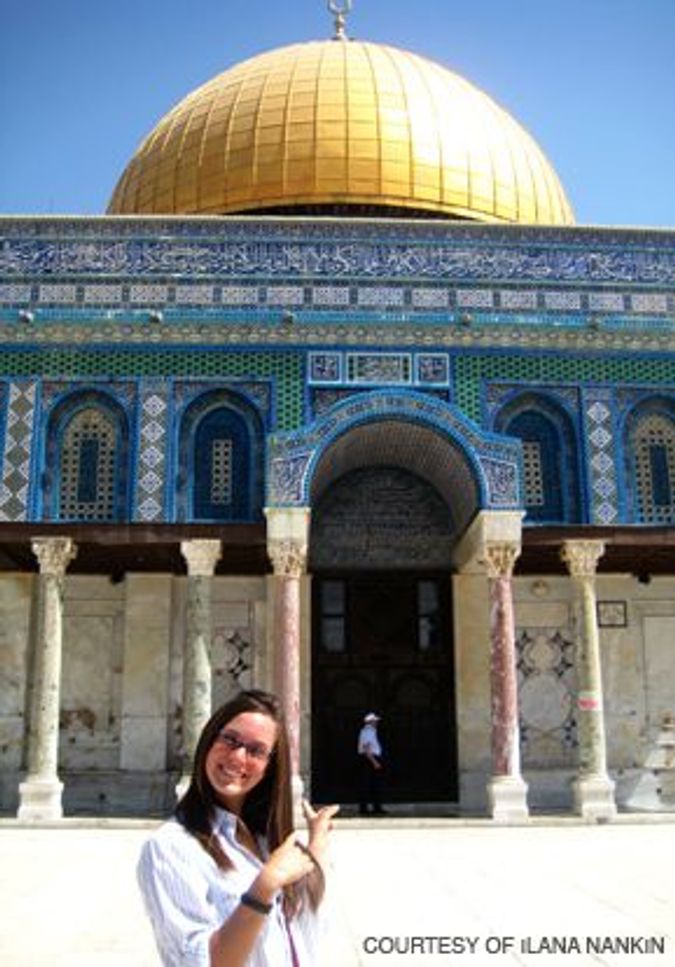 The school announced November 25 that it intends to reopen its Education Abroad Program with the Rothberg International School at Hebrew University of Jerusalem. The U.C. system was among scores of American universities that suspended their Israel study-abroad programs in 2002 after the United States State Department placed Israel on its travel advisory list for safety reasons. Israel remains on the list.

As a matter of policy, the U.C. system does not administer study-abroad programs in countries that are on the State Department’s travel warning list.

But university spokesperson Chris Harrington said Dec. 4 that the school “is firmly committed to re-establishing its program in Israel.”

According to a U.C. statement, the university is in discussions with the Rothberg International School to reopen the program in Israel in fall 2009 after reviewing safety issues. The school cited a heightened ability to “to monitor and mitigate security risks.”

Access to study-abroad programs in Israel has emerged as a hot-button issue over the last six years, as pro-Israel activists have battled to have them reinstated. They argue that Israel is safer than countries such as Egypt, where students are often allowed to study with their university’s official stamp of approval. Students at local Hillels have gathered signatures and lobbied university leaders, while the Washington D.C.-based Israel on Campus Coalition assembled a task force to take on the issue nationwide.

While students from campuses that no longer offer Israel study-abroad programs have continued to study in the Jewish state, finding ways to circumvent the programs’ closures, pro-Israel campus activists say that the U.C.’s decision should have a marked impact on the number of California students taking a semester in Israel.

“This makes it more accessible, and that’s the most important thing,” said Gordon Gladstone, executive director of Berkeley Hillel at the University of California, Berkeley. “Spending long periods of time in Israel allows you to contemplate your Jewish identity in a way that few other things can.”

The announcement comes less than a year after the U.C. Board of Regents tapped Mark Yudof, the former chancellor of the University of Texas, to lead California’s extensive 10-campus system. Yudof, who keeps a kosher home, is only the second Jewish president in U.C.’s history. Yudof has visited Israel at least six times, and is married to Judy Yudof, a board member of Hillel International and a former president of the Conservative movement’s congregational arm, the United Synagogue of Conservative Judaism.

While the movement toward reinstating U.C.’s Israel study-aboard program has been in the works for several years, some pro-Israel activists said they saw Yudof’s interest in the issue as the tipping point. Upon his return from a nine-day trip to Israel in early July — just two weeks after he assumed the presidency June 16 — Yudof was quoted in the Bay Area’s Jewish weekly, the San Francisco J, saying, “I told Hebrew University that it’s no secret — I’m going to take another look” at the policy.

U.C.’s program with Hebrew University once ran seamlessly. U.C. students received school credit for Hebrew University classes; they paid U.C. tuition, and had a U.C. professor on hand to administer the program. According to Chaim Seidler-Feller, director of the University of California, Los Angeles Hillel, at its peak, some 20 students from UCLA alone participated in the program.

UCLA Hillel estimates that about three to five UCLA students per year have chosen to study at Israeli universities in the years since the program was shuttered. But, said Seidler-Feller, the process has been far more complicated, requiring students to withdraw from their school. “During the last few years it’s been cumbersome and burdensome to assume the personal responsibility of enrolling in the year abroad at Hebrew University,” said Seidler-Feller. “In particular, it’s been cumbersome regarding the transfer of credits.”

Now, say Hillel leaders, students will once again be able to study in Israel without having to navigate institutional roadblocks.

One student, 21-year-old Ilana Nankin, said that while she experienced no financial hardship from spending last spring at Hebrew University, she has come up against bureaucratic pitfalls trying to get her Hebrew University credits approved at U.C. Berkeley. Nankin, a U.C. Berkeley senior who is majoring in psychology, said that she finally got her credits from Hebrew University approved just last week, some six months after she finished her studies there. “That’s been really difficult because I don’t know what I’m going to need to do to graduate,” she said.

The program’s reinstatement is the result of intensive lobbying by pro-Israel activists. Last winter, student activists redoubled their efforts when they took their case to the California state legislature. In January, former Democratic state senator Carole Migden introduced Senate Resolution 18, which cited the added burdens of studying in Israel without the program, and called for its reinstatement. That resolution passed unanimously.

Then, in August, the U.C. provost requested that an ad hoc working group advise whether the university should, as an exception to its policy, re-establish the program in Israel.

Still, U.C. will not be the first major state system to reverse its policy. In 2005, the University of Wisconsin became one of the first of the Big Ten schools to reopen its program. Still other institutions, including the University of Texas at Austin, have taken a middle road. In 2005, U.T. Austin did not reinstate their program, but made it easier for students to study in the Jewish state.

According to one U.C. student who spent last year studying at Hebrew University, the U.C.’s decision will have more than just practical implications.

“It’s seen that the university regards it as a positive thing to go to Israel,” said Michelle Lahat, a 21-year-old senior at U.C. San Diego. “So in that sense it’s symbolic.”