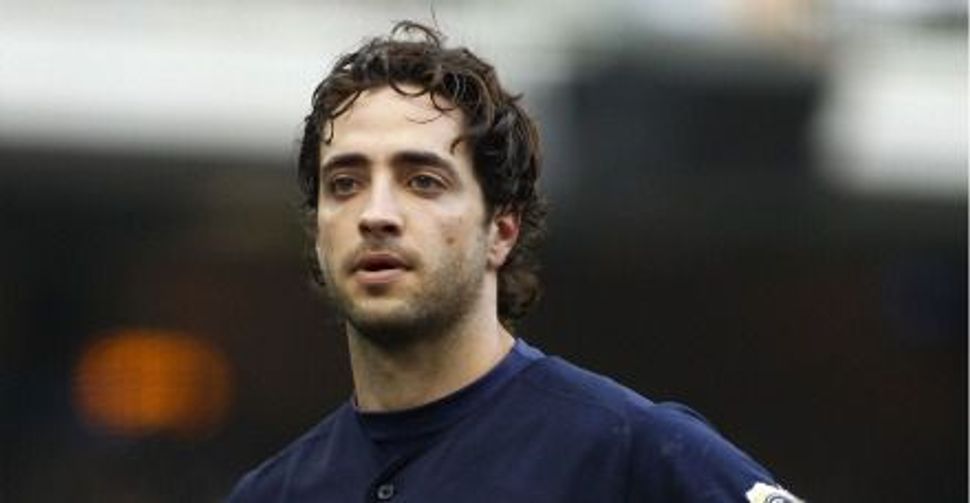 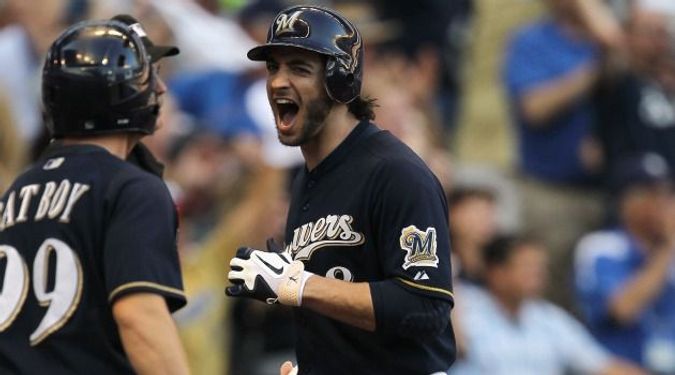 Ryan?s the MVP Slugger Ryan Braun scores during a playoff game. The Milwaukee Brewer became the first Jew in nearly a half-century to win the Most Valuable Player award. Image by getty images

Ryan Braun, the slugging outfielder for the Milwaukee Brewers, was named the National League Most Valuable Player, making him the first Jewish ballplayer to win the award in nearly five decades. 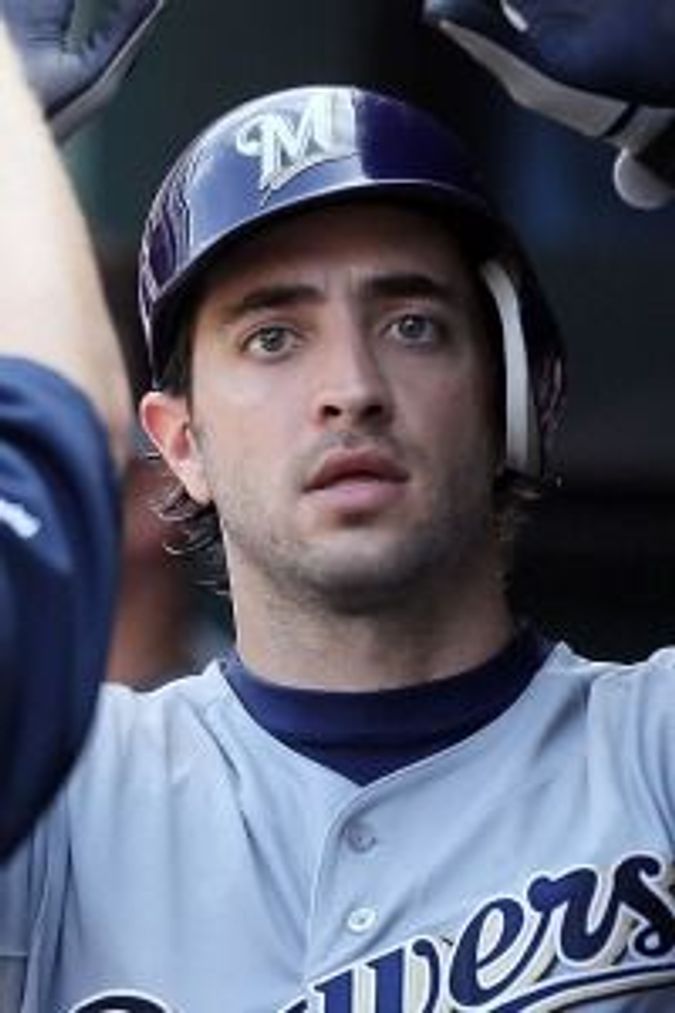 Braun was nervously waiting on the balcony of his Malibu, Calif., home with his landline phone in one hand and his cell phone in the other, when the good news came from the Baseball Writers? Association of America, MLB.com reported.

?It sounds cliché to say that I?m living the dream, but this really is a dream,? Braun told the web site. ?This is beyond my wildest dreams, to be in this position at this point in my career. I?m proud.?

The four-time All-Star hit .332 and hit 33 home runs. The 28-year-old Braun?s huge, 450-foot home run on September 23 clinched the Brewers? spot at the top of the National League?s Central Division, giving the team their first division title in nearly 30 years.

?Ryan Braun is a heck of a player, a significant player and a significant Jew,? said Gerald Eskenazi, a Forward writer and retired sportswriter.

In an era when Jewish baseball players are remembered as heroes from another time, Braun ranks among the very best current players of the game ? of any religious persuasion.

Braun was honored this month as one of the Top Five choices in the Forward 50 celebration of American Jews.

Braun plays on the Sabbath, but his Jewish identity runs deep. His father?s family was nearly destroyed in the Holocaust, and Braun has said that he is ?proud to be a role model for young Jewish kids.?

They have good reason to look up to him: In 2007, he became the first Jew ever to be named Rookie of the Year, and he has often been compared to such Jewish baseball greats as Sandy Koufax, Hank Greenberg and Al Rosen. Braun even shares a nickname with Greenberg and Rosen ? ?The Hebrew Hammer.?

He?s the first Brewer to win the honor since Robin Yount in 1989, when the team was in the American League.

Koufax of the Los Angeles Dodgers in 1963 was the last Jewish player to win the award. Other Jewish players who have been named MVP are Greenberg of the Detroit Tigers in 1940 and Rosen of the Cleveland Indians in 1953.

?He?s up there in the pantheon with Koufax and Greenberg?I?d put him over Al Rosen,? Eskenazi said.

Although Braun admits was not raised as an observant Jew, he has embraced his heritage.

?It?s a touchy subject because I don?t want to offend anybody, and I don?t want groups claiming me now because I?m having success. But I do consider myself definitely Jewish. And I?m extremely proud to be a role model for young Jewish kids.?

For the first time in memory, Jews were serious contenders for the award in both leagues this season as Ian Kinsler of the Texas Rangers vied for the American League honor.