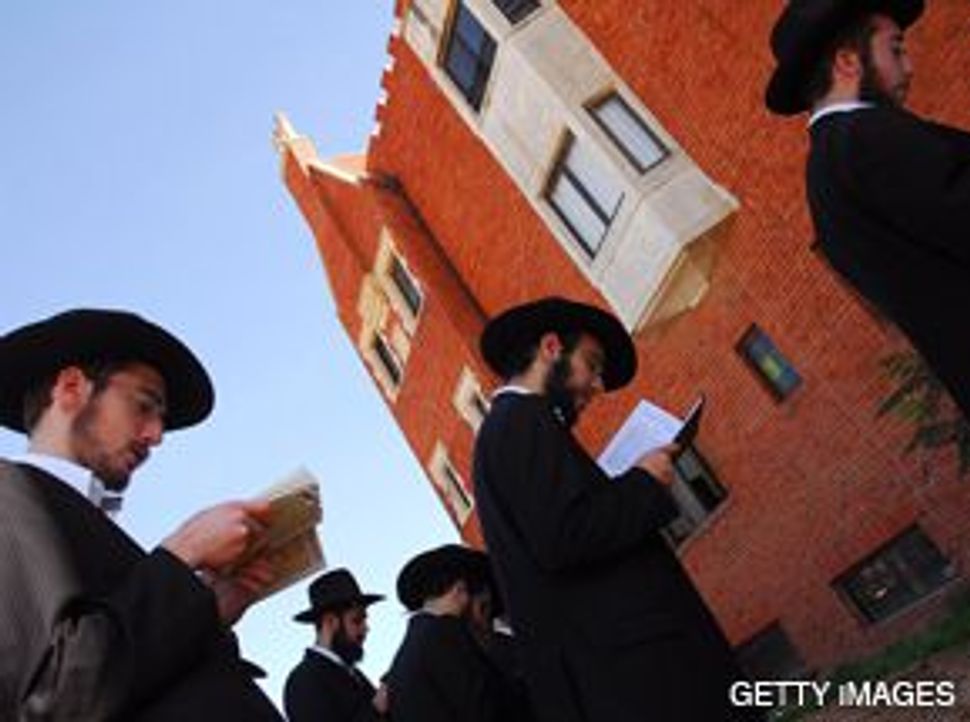 MOURNING: Members of the Chabad-Lubavitch movement pray in Kfar Chabad, Israel, after the terrorist attacks in Mumbai.

On November 23, Chabad emissaries from around the world gathered in joy on the New York City waterfront for a banquet celebrating Chabad’s extensive Jewish outreach to every corner of the globe. 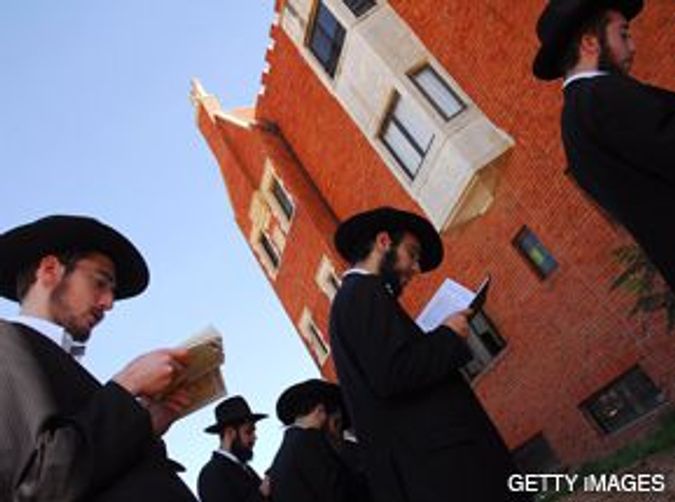 MOURNING: Members of the Chabad-Lubavitch movement pray in Kfar Chabad, Israel, after the terrorist attacks in Mumbai.

A week and a half later, on December 2, members of Chabad gathered once more, this time in sorrow, at the Mount of Olives in Israel to mourn the deaths of emissaries Gavriel and Rachel Holtzberg from a terror attack in Mumbai.

The terrorists’ assault on the Chabad-run Nariman House — apparently premeditated — highlighted the extent to which Chabad’s international reach, long a source of pride in the movement, has also become a vulnerability. By extending its reach around the globe, and by emphasizing a visible and welcoming Jewish presence around the world, security experts say, Chabad has also placed itself at the front line of international terrorism.

“They are all over the world in lightly secured facilities, mostly, in vulnerable places,” said Steven Pomerantz, a consultant to Jewish organizations on security matters and a former chief of counterterrorism for the FBI. “We know the kind of facilities — welcoming, open. By the nature of what they do, they have to be that way. So they are especially vulnerable.”

Experts say that given Chabad’s visible international presence, an attack such as the one in Mumbai was only a matter of time.

“This was absolutely no surprise to many of us who are working within the counterterrorism field,” said Paul Goldenberg, national director of the Secure Communities Network, an organization devoted to Jewish communal security. “It was not a matter of if, but really a matter of when.”

To some Chabad emissaries, however, the notion that their mission of outreach could put them in the crosshairs of terrorists is new and troubling.

“We never considered ourselves targets, but the reality is that we are,” Reuven Leigh, an emissary in Cambridge, England, told the Forward.

The Holtzbergs were seen as hardy archetypes of the independent and resourceful Chabad ideal. As newlyweds in 2003, the Holtzbergs went to Mumbai to establish the Chabad House. They developed the building as a facility where Jewish locals, backpackers, and visiting businessmen could find a friendly atmosphere, accommodation, kosher food and religious education.

The news of their death has hit hard in the international Chabad community. Chabad’s leaders wept openly at a New York press conference where the deaths of the Holtzbergs were confirmed on November 28.

They were “two of our finest” and “served their community with love and devotion,” said top-ranking Chabad rabbi Yehuda Krinsky, chair of the movement’s educational and social service arms.

In London, on November 30, Leigh helped organize a farbringen — a traditional Hasidic gathering — where British Chabad emissaries met to share their grief.

The deaths, however, have also raised difficult questions about how Chabad will deal with security for the far-flung emissaries.

Chabad officials declined to talk about security-related issues, citing the counsel of their own advisers.

“[Security] is not ignored, it is handled and provided for, and the nature of that, of course, doesn’t lend itself to discussion,” said Abraham Shemtov, chairman of the executive board of Agudas Chassidei Chabad, Chabad’s international umbrella organization.

The emissaries acknowledged that they face a difficult balancing act in weighing safety against their desire to welcome visitors.

“We have a responsibility to protect the welfare of the Jewish people, and, on the other hand, we have a philosophy of welcomeness and openness,” said Dovid Eliezrie, a Chabad rabbi in Orange County, California. “It’s a very important balance and a very important question.”

Although Chabad’s global activities are run from powerful central organizations in New York and Israel, Chabad’s local emissaries have been largely autonomous in running their own facilities. As a result, emissaries say, security for Chabad houses has largely been dictated by local conditions and decided upon by the local emissary.

In cities where the risks are considered high — such as Bangkok, Buenos Aires and Moscow — the security measures are extensive. In Casablanca, where a Jewish community center not run by Chabad was targeted by terrorists in 2003, Chabad emissary Reizel Raskin said that she pays a security guard to stand watch during the day. In Germany, the government provides heavy security for all Jewish facilities, including Chabad.

But emissaries said that they are reluctant to overemphasize security, even after the attacks in Mumbai.

“We look at it as anything you could do, you would not be able to prevent such a thing,” said Tzvi Grumblatt, a Chabad rabbi in Buenos Aires. “We cannot become embassies, we cannot become fortresses.”

For some emissaries, the desire to remain open is rooted in their own faith in their mission. Leigh, the British emissary, said: “The nature of being a shaliach [emissary] is that one has such trust that given we are engaged in important work, everything will be okay. And the funny thing is that that’s not really changed.”

Intense security at Jewish facilities is common, particularly outside the United States. But Chabad is unusual in its determination to send emissaries to distant cities where there may be a minimal Jewish presence.

“Chabad is an organization that is located in places where people may not be familiar with Jews, Jewish tradition or customs. In some cases, they may be the only Jewish face,” said Goldenberg. “Could that lead to a situation where there are security challenges? Absolutely.”

There are already signs that Chabad may be looking to reevaluate its approach to security. Shemtov said he expected the central organizations to look at a variety of security issues, although he declined to discuss specifics. Goldenberg said that he was scheduled to meet with representatives from Chabad’s central organizations.

Emissaries, too, said they are reviewing their options. Eliezrie said that Chabad in both Orange County and Los Angeles were in the process of meeting with local counterterrorism officials.

But despite the risks, the emissaries did not expect to change their routines, or to waiver in their missions, they said.

With reporting by Nathan Jeffay.