Another Gore in the Spotlight 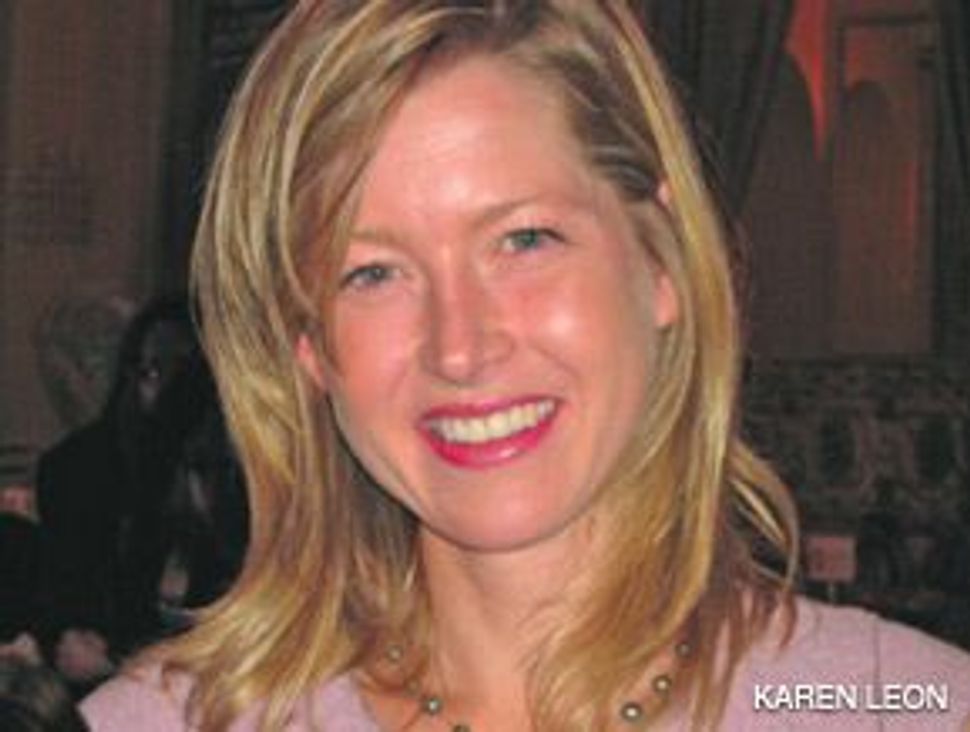 Author: Karenna Gore Schiff was honored at the event. 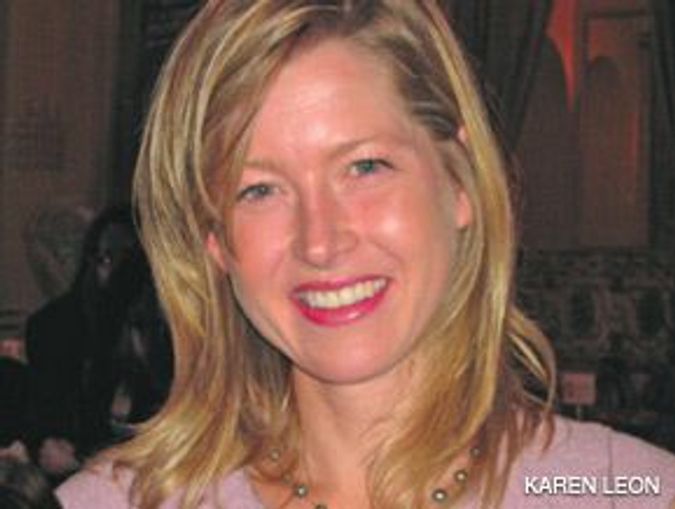 Author: Karenna Gore Schiff was honored at the event.

“Amazing what women can achieve,” said Bonni Gould, chair of the UJA-Federation of New York Women’s Philanthropy Lion of Judah luncheon held on November 5. She then introduced guest of honor Karenna Gore Schiff to those gathered at the New York Hilton. Daughter of former vice president Al Gore and author of “Lighting the Way: Nine Women Who Changed Modern America” (Miramax Books, Hyperion), Schiff focused on women behind the major civic movement of modern America. Among these women was Alice Hamilton, the first woman asked to join the faculty of Harvard University: “She organized the Visiting Nurse Association of Chicago in 1903 modeled on Lillian Wald of New York City who drew on the deep roots of her Jewish faith when she founded the groundbreaking Visiting Nurse Service and the Henry Street Settlement House… She did it in partnership with my husband’s great-grandfather, Jacob Schiff, and drew the attention of Americans to the horrors of antisemitism gathering forces around the world.” Schiff noted: “Hamilton personally advised President Roosevelt… on the urgency of fighting racism and was a mentor to Eleanor Roosevelt, responsible for regulating industrial toxins and mandatory workplace safety.”

“The women in my book were different,” continued Schiff, “they rose above the darkness and strife of their times. They recognized the truth of what Alice Hamilton’s mother had told her: ‘There are two kinds of people in life. Those that say ‘someone ought to do something about it,’ and those that say ‘why not me?’” Of Mother Jones, “the most radical woman in my book,” Schiff noted, “She came from Ireland during the potato famine, read her husband’s union journal and agreed with the motto ‘equal and exact justice to all men, no matter their state or persuasion.’” The 1867 yellow fever epidemic in the South killed Mother Jones’s husband and all four of her children. She moved to Chicago and was wiped out by the great Chicago fire of 1871, became involved in the labor movement, focused on coal miners. Mother Jones’s strongest mark was on the issue of child labor. Also profiled were Rosa Parks and Frances Perkins, the first woman to serve in a presidential cabinet who helped key new Deal legislation.

Schiff recalled some of the Gore family’s political history, in particular her grandmother Paulina Gore. One of the first women to graduate from Vanderbilt Law School, in 1936, Gore was unable to find a job with Nashville firms. “She was told they would not hire her because she would be taking a position away from a man, a head of a household… My grandmother became partner to my grandfather in his career in government (House then Senate 1928—1970) and during his first campaign for the Senate in 1952 against incumbent Kenneth McKeller — whose posters read ‘The Thinking Feller Votes McKeller,’ grandmother came up with the response: ‘Think Some More and Vote for Gore.’ It turned the tide and he won.”

I met 14-year-old Karenna Gore and the Gore family in Washington, D.C., in June 1987 during the American Booksellers Association’s annual convention at a book reception promoting her mother, Tipper Gore’s book, “Raising PG Children in an X-Rated Society” (Abington Press). For the book party, the Gores had the reception room transformed into an old fashioned ice-cream parlor and guests could serve themselves from huge tubs of ice cream set on an oval table in the center of the room, with side dish-trimmings of chocolate sprinkles, nuts, Maraschino cherries, and sliced bananas.

Not only was Schiff inspired by her grandmother, but by her own mother as well. In October 1999, Tipper Gore was a keynote speaker at an Israel Bonds National Women’s Division luncheon at the New York Hilton. She spoke about Israel’s 50th anniversary and how she and Vice President Al Gore had joined prime minister and Mrs. Netanyahu, president and Mrs. Weizmann and 12,000 others in the great stadium of Givat Ram in Jerusalem to watch a pageant that recalled Israel’s ancient past as it looked toward a future of peace. At that luncheon, Tipper Gore noted, “A younger generation is rising to stake its claim on history and there is every reason to hope that this new generation will usher in hope after 51 years of conflict.”

Alisa Levin luncheon chair, informed informed the crowd that Women’s Philanthropy had raised $30.3 million during the 2008 annual campaign and, in addition to its work in the United States, serves 188,000 elderly Jews in the former Soviet Union. She also noted that in New York City, one quarter million Jews live in poverty, including children under 18, with many having to decide between medication and their next meal. The luncheon was also memorable for the first ever “Spirit of Peggy Award,” presented to philanthropist Tina Price by Margaret Doyle, granddaughter of Peggy Tishman in whose memory the award was created. Mrs. Tishman, it was noted, shattered the glass ceiling to become the first woman to lead the UJA.

Because Larry King, long-time American Friends of Rabin Medical Center Gala emcee was in Los Angeles for post-election interviews, William Safire, keynote speaker at AFRMC’s November 5 gala attempted to channel King while maintaining his gravitas as New York Times columnist. Lexicography maven Safire cited Noah Webster, of the renowned dictionary, whose wife chanced upon her husband with his secretary on his lap. “‘Noah, I am surprised!’ Mrs. Webster allegedly said. Noah responded, ‘No, my dear, you are astonished; the secretary is surprised.’” Recipient of a beautifully crafted shofar, the evening’s honoree, Tony award-winning composer-lyricist Charles Strouse declared: “I am proud to come from a tradition of the Jewish people who came here from Europe [bringing] klezmer music, combining it with American music… I was hardly the bravest man in America, but I did march for civil rights in Selma, Alabama, and today [Obama’s] election is a vindication for all of us.”

Celebrating his 80th birthday, Strouse, whose award-winning musicals include “Bye Bye Birdie,” “Applause,” “Mayor,” “Golden Boy” and “Rags,” sat down at the piano and belted out several of his compositions, with the audience joining him in singing “Tomorrow” from his hit musical “Annie,” as well as his theme song “Those Were The Days” from the TV series “All In The Family,” whose lyrics “Didn’t need a welfare state” elicited laughter from the more than 600 black tie guests in the Plaza ballroom.

Named in memory of Itzhak Rabin, the hospital complex was founded more than 70 years ago as the Beilinson and HaSharon Hospitals in Petach Tikvah, near Tel Aviv. At the October 24, 1995 black tie Freedom Award Dinner aboard the U.S.S. Intrepid, honoree Rabin — who would be assassinated on November 4 — prophetically mused: “At that hour, they are still laughing and weeping, still weaving plans and dreaming about life, still planning a garden or building a house — and they have no idea these are their last hours on earth. Which of them is fated to die?”

Rabin could not have known that a wounded Israeli would be treated and saved in a hospital that would bear his name. One such veteran at the Rabin dinner was Omri Wislizki. With his Brooklyn-born mother at his side, he held the guests spellbound in the Plaza ballroom as he described the extraordinary care and state-of-the-art treatment he received at Rabin Medical Trauma Center, which gave him a second chance at life. Among the guests that evening were Rosalyn and Stephen Flatow, whose 20-year-old daughter Alisa, along with several Israeli soldiers, was killed in 1995, when an Islamic suicide bomber drove a van loaded with explosives into a public bus. Alisa Flatow was en route to Kfar Darom in Gaza, where she was a volunteer teacher for children. Alisa’s liver was transplanted to a 23-year-old man; her lungs, pancreas and kidneys went to four different recipients; her corneas were donated to an eye bank and her heart was successfully transplanted at [then Beilison-now Rabin Medical Center] to Yaakov Salinas. The Flatows were subsequently notified that the [Rabin] hospital’s heart transplant recovery unit would be dedicated to Alisa’s memory.

My first encounter with New York Post and former New York Times arts critic Clive Barnes, who died at 81 on Novemer 19, was in 1974 at the Concord in the Catskills. My husband Joe and I were chatting with writer Jerzy Kosinski, who had just been presented with the B’rith Sholom Freedom Award on the Concord’s huge nightclub stage. At Kosinski’s side at the resort’s bar was then corpulent Clive Barnes. I complimented Barnes on his reviews and in gallant British style he “darling’d” me. The four of us chatted about our mutual friend, Isaac Bashevis Singer, the sorry state of publishing, the plight of artists and writers. Kosinski, then president of PEN, was agitated about his responsibility for helping political and religious dissidents and artists and writers about to be evicted. Six years later I began writing for the Forward and a more slender Barnes and I would run into each other at dance-theatre openings and events. Years ago I sent him a mazel-tov letter when he took on an antisemitic issue in his column in the Post, and acknowledged his own-albeit truncated Jewish roots. He was a man of grace and charm who had a way with words, and to whom many an artist owes a career-long debt.

Another Gore in the Spotlight