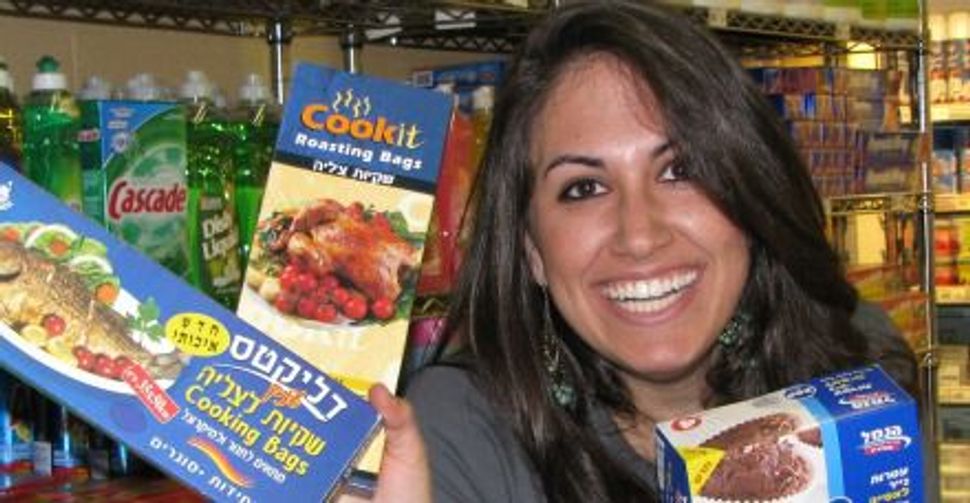 Image by courtesy of standwithus 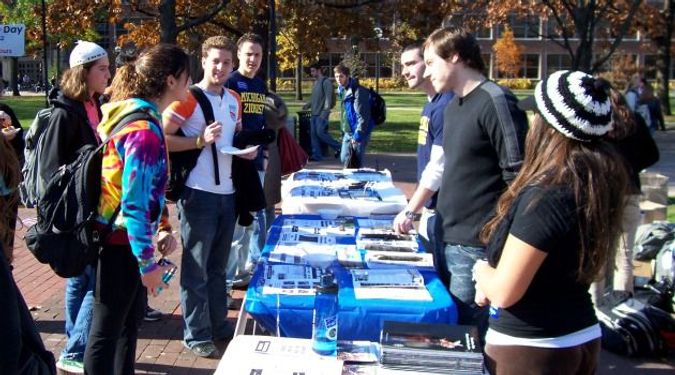 Hard Line: StandWithUs has expanded rapidly, especially on college campuses. It takes a strong pro-government stand on Israel. Image by courtesy of standwithus

A decade ago, during the height of the second intifada, Roz Rothstein, a family therapist and child of Holocaust survivors, watched the news coming from Israel from her home in Los Angeles with growing frustration. Feeling that Israel was not getting the backing it deserved in the United States, she and her husband, Jeremy, set up their own small group, with a stated mission of “supporting people around the world who want to educate others about Israel.”

Ten years later, StandWithUs has become a major player in the pro-Israel world, with 15 branches in the United States, Israel and Europe, close relations with Israel’s Ministry of Foreign Affairs, and a constantly growing budget. Initially, marvels Rothstein, “All we wanted was to organize a demonstration and to meet with the editors of the L.A. Times. It is hard to believe how far we’ve come.”

Today, the group, with a budget of more than $4 million, is active on campuses around the country, waging a fight against those whom it believes delegitimize Israel. The group is engaged particularly in fighting the movement to boycott, divest and sanction the Jewish state. 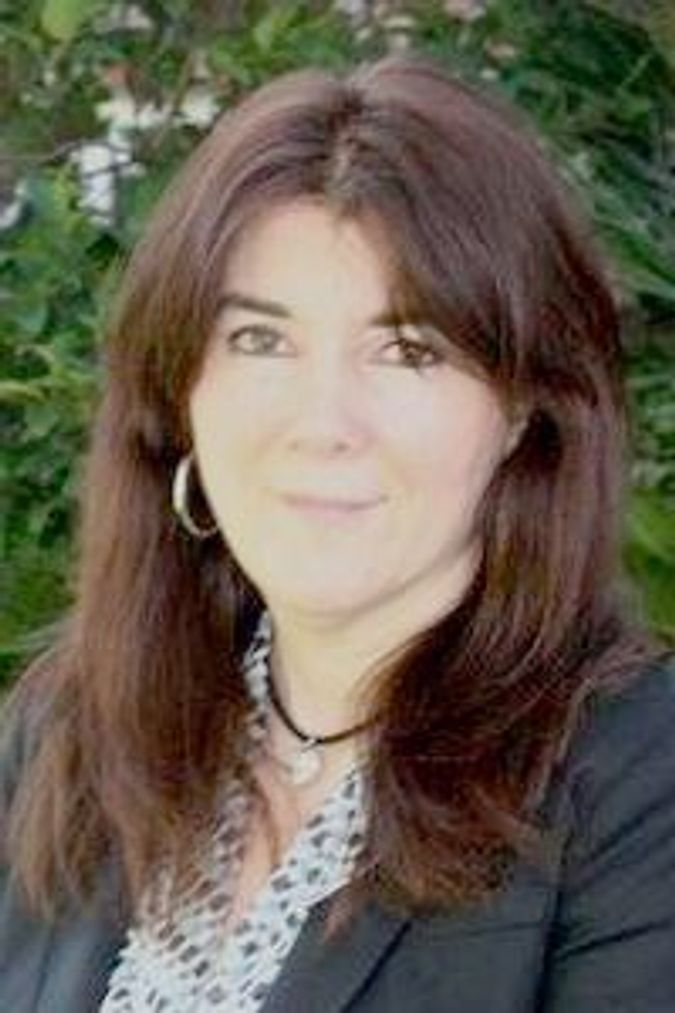 But in a time characterized by burning debate among Jews regarding what it means to be pro-Israel, SWU’s stance has provoked some strong criticism. Those who claim to be Zionists and supporters of Israel while publicly criticizing its government’s policies towards the Palestinians, says Rothstein, are not supporters at all. For SWU, said Rothstein, supporting Israel means “respect[ing] the elected government of Israel.”

Rothstein rejects the claims of critics who say this constitutes a right-wing agenda. But a close look at SWU’s learning material and talking points reveals a right of center narrative on issues relating to the Israeli-Palestinian conflict. One activity for teachers discussing Israel and the Palestinians suggests playing a “true or false” game regarding the facts of the conflict. “The Israeli settlements in the West Bank are legal,” is one of the statements, with the correct answer marked as “true” — though no country other than Israel holds this position. Another lesson, devoted to the refugee issue, emphasizes that Palestinian refugees “were not the result of Israel’s founding but of the war Arab nations launched against Israel.” For many years, though, histories by Israeli historians have accepted that there were numerous cases in which the Israeli military engaged in mass expulsions of Arab civilians during the 1948 war that established the state. After the war Israel also barred Arab civilians who fled or were forced from their homes from returning.

When asked if SWU supports a two-state solution to Israel’s conflict with the Palestinians — the government of Israel’s own official position — Rothstein said: “It is Israel’s job to make this decision.” A possible clue to SWU’s own view may be seen in a high-visibility video clip it produced in July 2011 starring Israel’s deputy foreign minister, Danny Ayalon. In it, Ayalon dismissed the notion that the West Bank was occupied land. “Please,” Ayalon instructed his audience, pointing to graphic images in the background that showed the West Bank incorporated into Israel, “let’s stop using the terms ‘occupied territories’ and ’67 borders.’ They’re simply not politically correct.” The six-minute video has already gotten nearly 500,000 views on YouTube.

Rothstein said that SWU welcomes any pro-Israel view. But in an interview with the Forward she explained that she does not consider the dovish lobby J Street as pro-Israel because “they are lobbying this country to pressure the government of Israel to change its policy.” StandWithUs has also been active in opposing West Coast communities hosting a speaking tour of Israeli soldiers who speak out against the occupation.

“I think their attitude does harm to Israel,” said Steven M. Cohen, Research Professor of Jewish Social Policy at Hebrew Union College-Jewish Institute of Religion. “If we adopt a view that we support anything official Israel says then we’ll deprive Israel of the benefit of our good advice and discourage Jewish Americans from being involved in the discourse over Israel.”

Cohen, who has conducted extensive research into the opinions of American Jews on Israel, said that to win the PR war, “we need outspoken Zionists from all camps.” Cohen believes this discussion should include even representatives from the far left, as well as the right-wing Hilltop Youth settlers.

In 10 years of existence, StandWithUs has branched into numerous fields of pro-Israel advocacy and education. The group’s activities span from its “Israel 101” advocacy toolkit, through numerous fact sheets providing a pro-Israel response to Palestinian arguments, and to an online tool for making rally signs (“Stop the UN Double Standards,” “Abbas: Teach Peace in Your Schools,” are two of the banners offered.) StandWithUs even hosts a website called Librarians for Fairness which works to “ensure that Israel’s standpoint is represented fairly in our libraries.”

On November 28, SWU will begin its annual Buy Israel Week campaign which was set up as an answer to efforts by pro-Palestinian activists to boycott products from Israel or those manufactured in West Bank settlements.

College campuses remain SWU’s main arena of activity. The group chooses annually 40 student fellows from universities across the country to serve as pro-Israel campus activists. The fellows receive training, which includes a hands-on lesson in debating critics of Israel, and are tasked with bringing pro-Israel speakers to campus, passing out reading material and organizing demonstrations to counter anti-Israeli events such as the Israel Apartheid Week.

SWU supporters also keep an eye on pro-Palestinian campus activists. In the case involving 11 students at University of California, Irvine, who interrupted a speech of Israeli ambassador Michael Oren, it was an SWU videotape of the protestors that led to their arrest.

SWU’s partnership with Israel’s Foreign Ministry in producing the Ayalon videotape has drawn criticism from some quarters of the group’s unusually close coordination with Israel’s government. In one case cited by blogger Richard Silverstein, a strong critic of Israel, SWU’s Northwest regional director, Robert Jacobs, met with Israel’s Seattle consul general, Akiva Tor and local activists in Olympia, Wash., in May 2011 to discuss a lawsuit being filed against an Olympia food co-op that was boycotting Israeli products to protest the government’s West Bank settlement and occupation policies.

Jacobs told the Forward that in the meeting neither he nor Tor provided any advice regarding the lawsuit and that SWU and the Israeli government are not involved in the legal aspects of the battle over the Olympia boycott.

Ayalon, meanwhile, cites SWU openly as one of his ministry’s key U.S. assets, including in the Olympia case. “It is very important to make use of all the means at our disposal, primarily judicial means,” he said in an interview with Israel’s Channel 10 about the Olympia lawsuit, “and it is true – we are using…StandWithUs for leverage.”

Pro-Israel organizations usually take special care not be seen as operating on behalf of the Israeli government, since that would require their registration as foreign agents under the Foreign Agent Registration Act. StandWithUs stressed it did not receive any payment from the Israeli government for the Ayalon video or for any of its other activities. And Craig Holeman, an expert on U.S. lobbying laws, said it was unlikely federal law would require a group like SWU to register as a foreign agent. Holeman, a government affairs lobbyist for Public Citizen, a citizen rights advocacy organization, said that a group focused on public education, as SWU is, and which does not receive funds from a foreign government, does not need to register as a foreign agent.

According to its latest available tax filings from 2009, more than half of SWU’s 2009 budget went to fund student activities on campus. The group does not reveal the identities of its donors, but a 2008 tax filing indicates that SWU received more than $700,000 from the Jewish Federation of Los Angeles, a $225,000 donation from Birthright Israel International and several six figure gifts from Jewish individuals and foundations.

Although it is based in Los Angeles and registered in the United States, SWU maintains a large operation in Israel and several offices in Europe. The Israeli office, which in 2009 received nearly 15% of SWU’s budget, recruits 150 students every year from all major Israeli universities for a program focused on developing pro-Israel advocacy skills. The initiative is “in conjunction with [Israel’s] Ministry of Foreign Affairs,” according to Jennifer Kutner, SWU’s director of media relations, and requires participants to come up with project ideas to promote Israel.

StandWithUs is also a major funder of Elnet, a European pro-Israel advocacy group.

“You’d better not hit the snooze button,” Rothstein said, of her group’s sprawling activities. “We’ve learned that you can’t fight fire with flowers.”