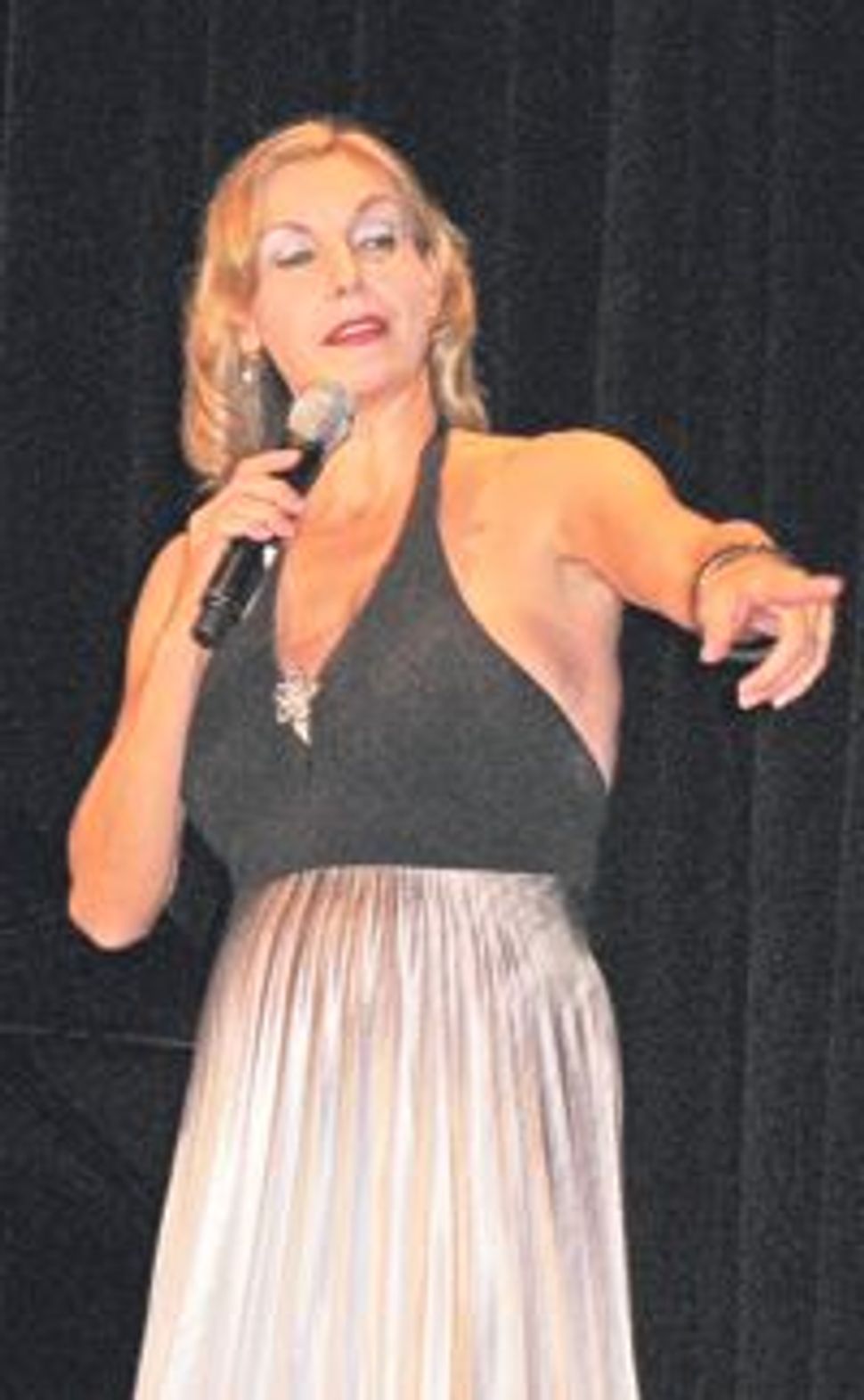 At a November 8 awards dinner at the Waldorf-Astoria, the Anti-Defamation League honored Volkswagen AG, which that night announced a $1 million gift “to support ADL’s comprehensive diversity education programs,” said Christian Klingler, a Volkswagen AG board member. “Our cars are sold in 153 countries…. As a global company, we have learned early on the importance of respecting cultural, ethnic, socioeconomic and religious differences.” The gift will contribute to the ADL’s A World of Difference Institute and to projects for the No Place for Hate initiative.

Gerhard Conrad, part of Germany’s foreign intelligence agency, received the ADL’s Paul Erlich-Gunther K. Schwerin Human Rights Award for trying to broker a deal between the Israeli government and Hamas to see that the captive Israeli soldier Gilad Shalit was returned home safely. Germany’s ambassador to the United States, Peter Ammon, who accepted the award on behalf of Conrad, explained, “The award was established by the late Mr. [Paul] Schwerin in memory of his grand-father, Dr. Paul Ehrlich, a noted scientist and Nobel laureate [and] a great humanitarian who represented the best in Germany and German-Jewish society.”

Keynote speaker Henry Kissinger sounded cautiously optimistic about America’s strengths in this period of Asian ascendancy. “There has been a shift of the center of gravity from the Atlantic to the Pacific,” Kissinger said. “China, India… offer challenges to the world order…. We should look at.. .crises as periods of opportunity…. I have no question that the U.S. will pull itself out economically.” In a nod to Volkswagen AG, he concluded: “I came here from Germany in 1938. Five years later I was back in Germany with the U.S. Army. I have seen the evolution of Germany, the consolidation of its democracy.” 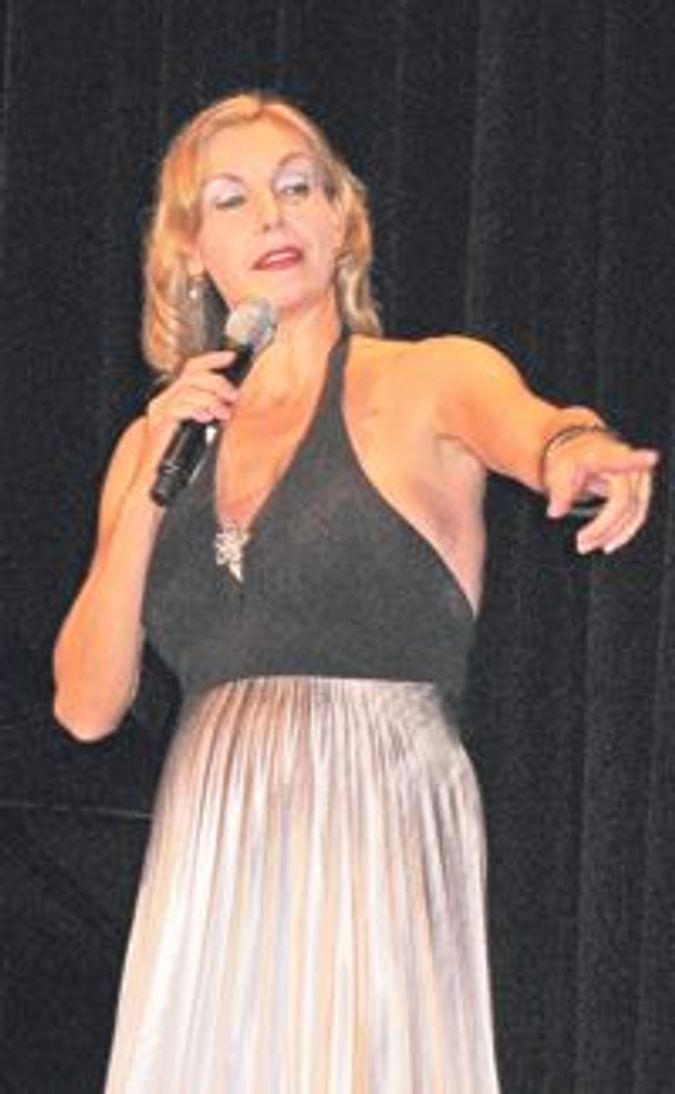 Jonathan Browning, president and CEO Volkswagen Group of America, announced, “In May of this year, we opened our new production facility in Chattanooga, Tenn., one of the greenest and most environmentally responsible manufacturing plants in the world. It has resulted in over 12,000 new jobs and $12 billion in income for American workers.”

Cabaret singer Ute Lemper performed works by Bertholt Brecht as well as Yiddish songs, and had the audience singing along to “Lili Marlene.”

In his address, the ADL’s national director, Abraham Foxman, lamented: “I wish I could tell you tonight that we have succeeded, that our job was done. We have learned to walk on the moon, but have not learned how to walk together in harmony.” Sharing his personal history with the 600 guests, including 100 diplomats, Foxman recounted: “I was hidden by my Polish nanny, Bronislawa Kurpi, a Catholic who could hardly read or write. She took this 4-year-old boy, hid him, fed him and sheltered him. She saved me.” In closing, Foxman said: “In ADL’s 99 years we have won many battles, built many bridges and breached many barriers around the corner and around the world. [Yet] we have failed to eradicate hate…. Until a vaccine against the spread of hate, bigotry and racism is developed, the only antidote we have to prejudice is education!”

A November 7 Holocaust Memorial Museum luncheon at Chicago’s Sheraton Hotel and Towers attracted more than 2000 guests, including Mayor Rahm Emanuel and Deborah Lipstadt, a historian who gave the keynote address. At this annual gala, the museum honored Chicagoans Hal and Diane Gershowitz, respectively the founder and CEO of New Century Information Services and his wife. Betty and Leo Melamed co-chaired the event.

Bialystok-born Leo Melamed (ne Leybl Melamdowitch), chairman emeritus of CME Group, launched his address in Yiddish: “Zog nit keynmol az du geyst dem letstn veg” (“Never say you are on your final journey” — the opening line of the “Partisan Hymn”). He continued: “Each year, the Chicago community fills this room in support of the museum. Your presence is a testament [to the fact that] genocide is a blight and danger to mankind, [and the reason] why the U.S. Holocaust Memorial Museum was built. It exists for those who perished as ghetto fighters. [It] reminds the world what the consequences of bigotry and hate can bring and to prevent its reoccurrence.”

Melamed added: “For me the museum has special significance. I consider myself incredibly lucky.” He told the story of how in 1941, his parents received life-saving visas to Japan. The man responsible was Chiune Sugihara, a Japanese diplomat stationed in Kaunas who granted 2,139 such visas, saving some 6,000 Jews. Sugihara is known to some as “the Japanese Oskar Schindler.”

When he was 7, Melamed had attended my birthday party on March 20, 1940, in Vilna, Lithuania. Aside from me, of the 23 children and half-dozen adults shown sitting around a table in my birthday photo, only Leo and three other youngsters — all Sugihara visa recipients — survived. The teachers, parents and other children in the photo — which was displayed in the Holocaust Museum’s 2001 exhibit “Flight and Rescue”— perished in Vilna’s ghetto or ended in the death pits of Ponary, a forest outside Vilna. Reflecting on this fate, Melamed said, “Except for luck [and] my parents, I could have been one of those children marched into a gas chamber in Auschwitz.”

Melamed recalled that he got involved with the museum when Benjamin Meed, the late founder and president of the American Gathering of Holocaust Survivors and Their Descendants, came to see him. “I did not know who he was,” Melamed said. “When he mentioned that his wife was Vladka Meed who, at 17, ran guns into the [Warsaw] ghetto for the uprising, I stood up at attention! Meed said to me, ‘So how will you honor your father? You must join and help build the U.S. Memorial Museum.’” Melamed, a member of the museum’s executive committee for 15 years, stressed, “The museum represents a testament to memory.”

Apropos Sugihara survivors: The November 21 New York Post reports that three New Yorkers were honored with an Oxford University Rhodes Scholarship: Harvard senior Brett Rosenberg, Yale Law School graduate Ronan Farrow (son of Mia Farrow and Woody Allen), and Bronx resident and Princeton senior Miriam Rosenbaum. A Sabbath observer who plans to study bio-ethics, Rosenbaum said that her grandfather was “a Holocaust survivor who was saved by a Japanese official who risked his life to give him a visa.”