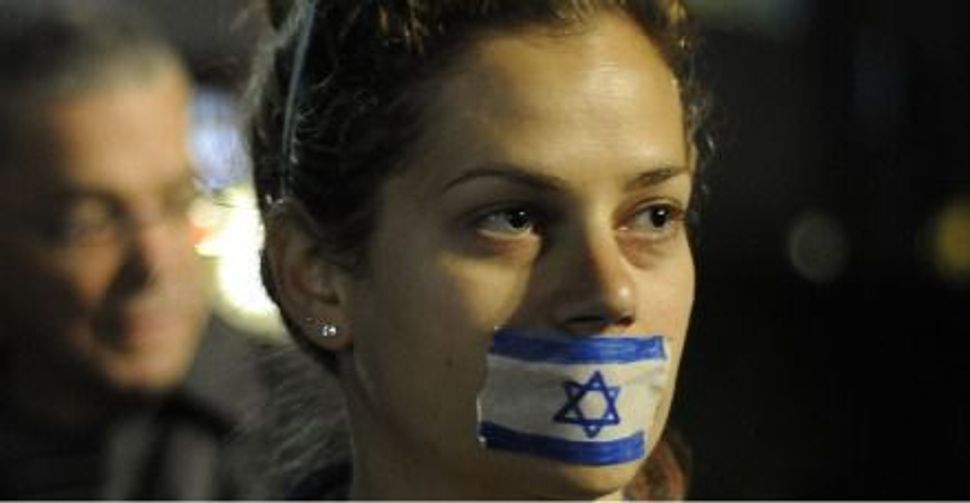 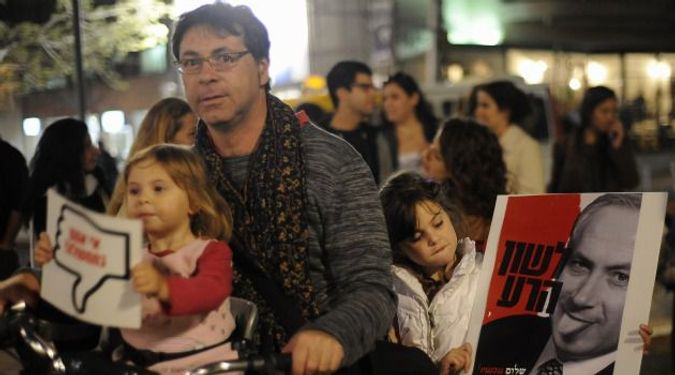 These days, the word “fascism” is used here in Israel almost casually. It is spoken sometimes with glee, often in sorrow. Yet while it is fair (and painful) to say that a crop of laws, recent and prospective, are anti-democratic, the word “fascism” simply does not fit the Israeli reality. Bibi Netanyahu makes a preposterous Mussolini. (Of course, so did Mussolini.) The Israeli people, setting aside the most extreme of the settlers, are grotesquely miscast as Fascisti.

Those who use the word gleefully, the genuinely anti-Israel crowd, are more than happy to pillory Israel, using whatever vocabulary is at hand. For them, fascism is simply a synonym for “odious.” But what of those who speak the word in sorrow? Who are they? What can they be thinking?

At a small dinner party the other night — journalists, NGO types, film-makers — one guest confided in me that he thought of himself as a “prisoner of Zion.” He and his wife have been here for 40 years, leave the country whenever they can, feel trapped here. Health insurance, as simple as that. Otherwise, he says, they’d move, maybe to Sri Lanka, where he wouldn’t care, wouldn’t feel invested, wouldn’t experience the daily disappointment of a souring dream. Another guest, an expert on the Palestinians of the West Bank and Gaza, bombastically informed us that he has applied for a Lithuanian passport, or perhaps it was Romanian, wherever it was his grandparents once had citizenship. “Just in case,” he lamely added sotto voce.

But the gathering sense of disappointment is not restricted to such malcontents. By now, “fascism” has been mainstreamed, largely in the wake of last year’s new Boycott Law. That law, now under review by the Supreme Court, takes the power to determine what is and what is not a boycott from the courts and gives it to bureaucrats; it asserts that private citizens can be convicted for endorsing any form of boycott, and it includes the power to sentence them to pay compensation even without proof of damage. In its wake, the passionate Ha’aretz journalist Bradley Burston wrote last July, “The Boycott Law is the litmus test for Israeli democracy, the threshold test for Israeli fascism.” And columnist Ben Caspit, hardly a left-winger, wrote about the law, “This is fascism. This is a blatant and a resounding shutting of people’s mouths. This is a thought police. There is no choice but to use this word. Fascism at its worst is raging.” And yet another columnist, Alon Idan, observed, “The widely held view that the slew of anti-democratic laws legislated by the 18th Knesset is a slippery slope to Fascism in the future is disingenuous. The Boycott Law is Fascism: it is a categorically anti-democratic law whose goal is to annul any possibility of legitimate protest.”

New laws that nibble away at freedom of expression and threaten NGOs engaged in political work have been passed, are under active consideration or have begun to be discussed. The independence of the Supreme Court is under vigorous assault and may be fatally compromised. Arabic may lose its status as an official language. And public opinion is sufficiently ambivalent to be a barrier to such laws. In the end, what is very clearly at stake is not this word or that, but the very nature of Israel’s democracy — its nature and, heaven help us, its continued existence.

The downward slope seems to become steeper with each passing week. But even though the slippage is real, the battle is not yet decided; opposition to the troubling actions and omens is not restricted to leftish columnists and intellectuals. Among the currently most contentious bills are two that would restrict to a paltry $6000 a year the moneys local NGOs defined as “political” rather than “humanitarian” can receive from foreign governments or their surrogates. If passed and implemented, the revenue of dozens of organizations that are vital components of the human rights, social justice and civil liberties sector would be cut by anywhere from 27 to 50 percent and even more. And, adding injury to injury, their shrunken revenues would then be taxed at 45 percent. But Knesset Speaker Reuven Rivlin (Likud), argues in response that “The new Likud is not committed to the ethic of liberty, to the values of Jabotinsky and Begin,” and Minister Benny Begin (Likud) goes farther: “Zimbabwe, Eritrea, Uzbekistan — these are countries that have similar laws to this one…What kind of society are we living in?” Most important, Prime Minister Netanyahu has now let it be known that continued consideration of these bills will be postponed indefinitely. Pressure, both domestic and foreign? Reprieve, whatever the motive.

Consider: “Jewish and democratic” is more than a slogan. If democracy’s defenders prove inadequate to its protection, if “democratic” is allowed to be nibbled and gobbled away, the kind of “Jewish” that will be left — delusional, racist, cultic, idolatrous — will rend our people irreparably.