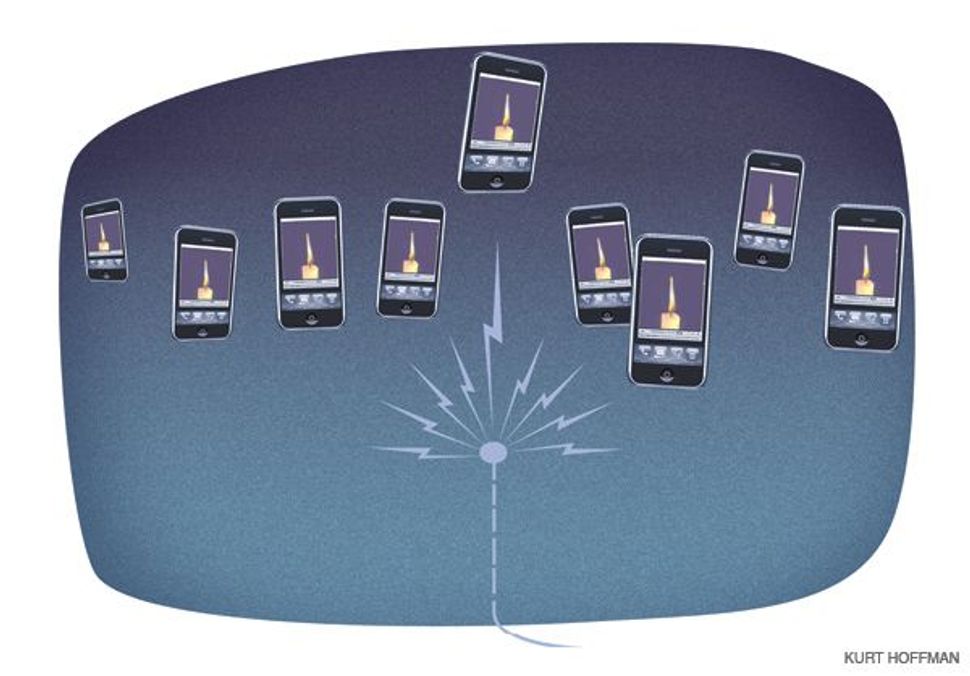 For the first time, Jews from around the world can gather online this Hanukkah at OurJewishCommunity.org, a new Web site billed by founders as “a full-service progressive Jewish congregation — on your computer.” Designed and updated regularly in Cincinnati, the project is the brainchild of members and the rabbinical staff of Congregation Beth Adam — described on the site as a “brick-and-mortar synagogue” unaffiliated with any movement. Launched in early September after half a year of planning, the site has attracted visitors from 42 states and 20 countries, offering virtual congregants educational material about the Jewish holidays, recordings of Beth Adam sermons and audio files of Torah readings, among other features.

“People are yearning for more ways to explore Judaism at home,” said Rabbi Laura Baum, OurJewishCommunity’s founding rabbi and director. “I think that’s why Passover Seders are the most observed Jewish tradition — people want a way to observe without schlepping to synagogue all the time.”

With Hanukkah approaching, OurJewishCommunity has added holiday-themed content for visitors of all ages, including coloring-book pages for children and an essay on “making Hanukkah more meaningful for families.” The site will stream holiday services live on Hanukkah’s sixth night — December 26, a Friday — and the site’s directors plan to feature content including a look at how the holiday has been celebrated at different times in history, thoughts on the “miracle of the oil” and an examination of military elements of the Hanukkah story. 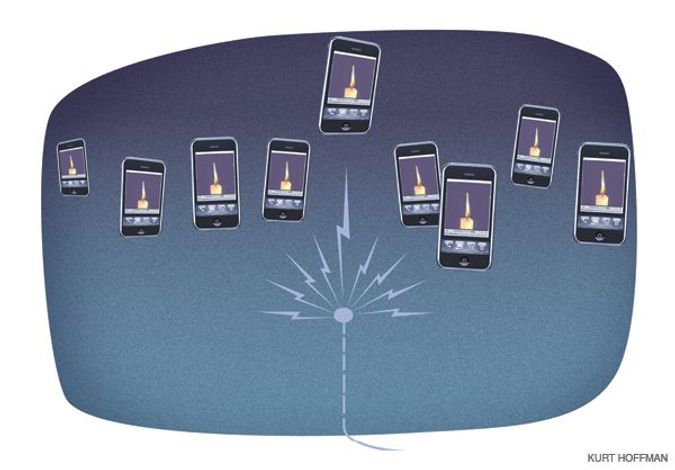 While much of the site’s material has been provided thus far by Baum and Rabbi Robert B. Barr — both rabbis at Congregation Beth Adam — rabbis from other parts of the country have contributed additional content, including a review of the Darfur genocide documentary “The Devil Came on Horseback,” and an audio file titled “What Were Aaron and Moses Thinking? A Tale of Two Brothers.”

Significant to Baum, however, is the site’s goal of generating original content, feedback and discussion from congregants. “This is not just, ‘Print our materials,’ but, ‘Come and be a part of our community,’” Baum told the Forward. “We want this to be an online congregation, not just a Web site.”

With its Friday evening Hanukkah podcast and holiday e-cards that include joint Hanukkah/Christmas messages for interfaith families, OurJewishCommunity is not likely, as Baum acknowledges, to attract members from across the spectrum of Jewish observance. “We are a liberal congregation, and everything we do is Judaism from a humanist perspective,” said Baum, who, like Barr, was ordained by the Reform movement’s Hebrew Union College-Jewish Institute of Religion. “This is the way we live our Judaism, and it speaks to who we are as Jews. There are lots of modern Jews out there, and we didn’t want to let Halacha, or how some people view Halacha, stand in the way.”

With more than half of American Jews unaffiliated with any synagogue, Baum hopes OurJewishCommunity can serve as a “supplement” for traditional-service goers, and as a way of engaging those not already involved in Jewish communal life. Upcoming plans for the site include a podcast series called “Everything You Didn’t Learn in Religious School in Three Minutes or Less” and more social networking features. Baum also hopes to feature podcasts this year for all eight nights of Hanukkah.

But while Baum said she has her own “fantasy wish list” of ideas for the site, she emphasized the “community” component of its name. “We don’t know where it’s going to take us,” she said, “and we hope people will create content and tell us what they want to see. We want it to be a dialogue.”