Debate Highlights the Politics of Kosher Food, From Left, Right and Center 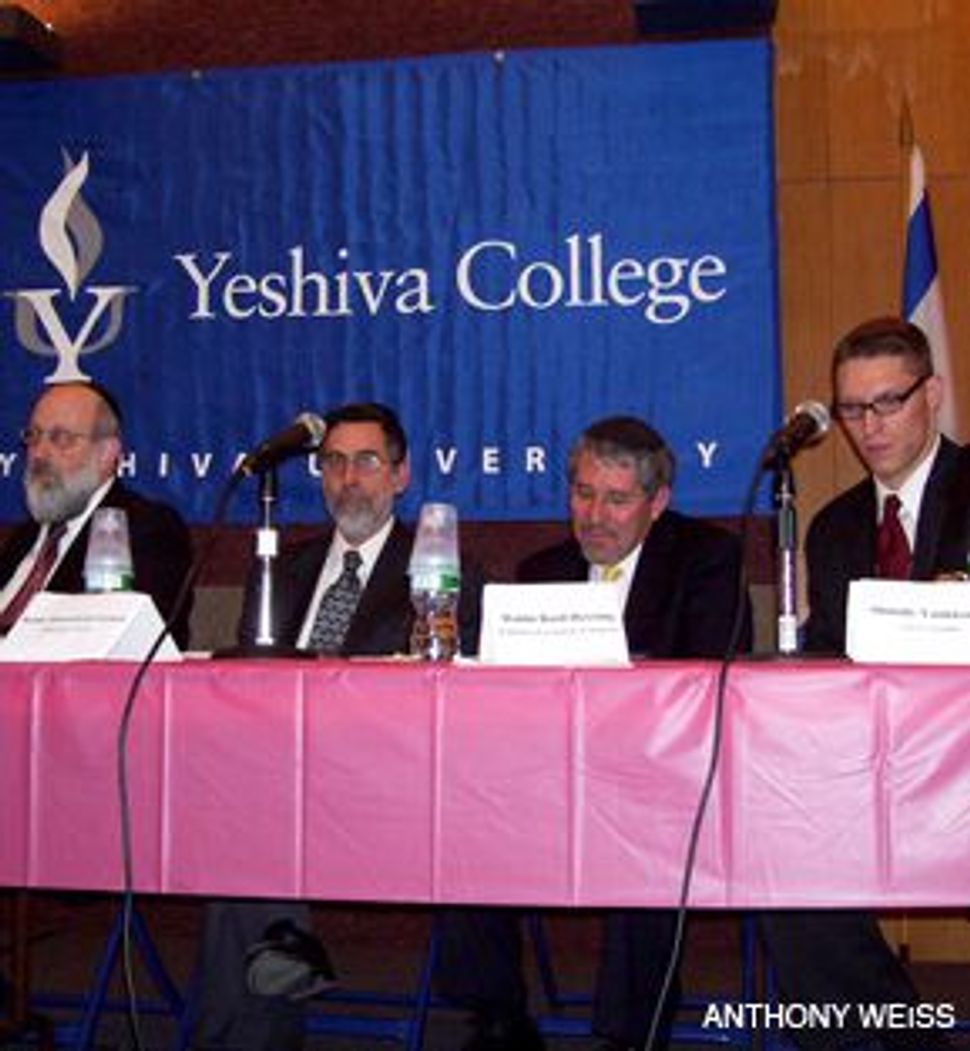 In the Orthodox world, the arguments over kosher ritual, Jewish ethics and beleaguered kosher meat giant Agriprocessors have led to boycotts, name-calling and cries for investigations. But a recent evening at Yeshiva University featured a new element for the Orthodox world: an actual public debate. 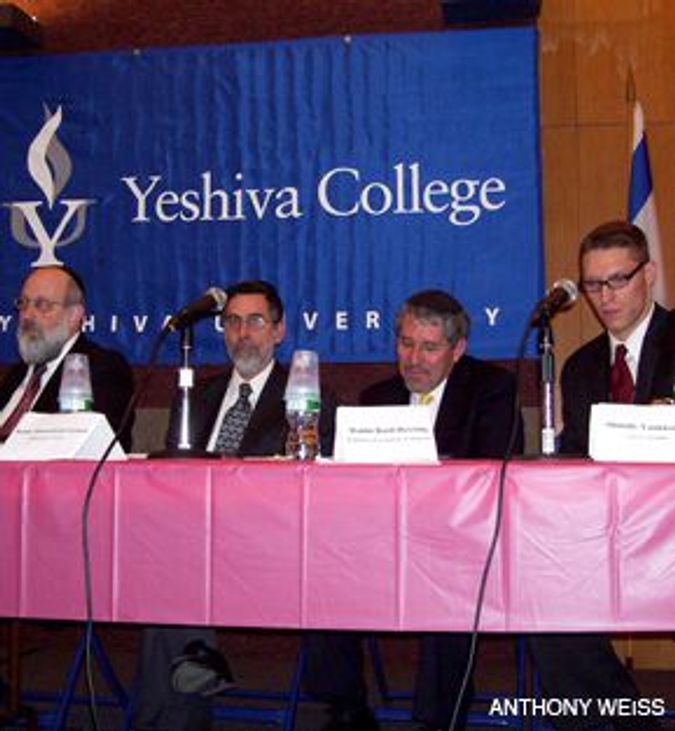 For the first time since May, when a federal raid on Agriprocessors thrust the relationship between kosher ritual and Jewish ethics into the national spotlight, Orthodox leaders representing a broad spectrum of ideological opinions appeared on the same stage to publicly discuss these issues.

The debate, organized by a pair of Y.U. students, featured people who have figured prominently in the Agriprocessors controversy, including Rabbi Menachem Genack, CEO of the Orthodox Union’s kashrut division, which oversees Agriprocessors; Shmuly Yanklowitz, co-director of the Orthodox social activist organization Uri L’Tzedek, which has been intensely critical of Agriprocessors and organized a temporary boycott of the company; Rabbi Avi Shafran, director of public affairs for the ultra-Orthodox organization Agudath Israel, and Rabbi Basil Herring, executive vice president of the Rabbinical Council of America, which is the largest umbrella organization for Orthodox rabbis.

Their arrangement onstage, before a packed house at the university, generally reflected the ideological stances the participants have taken, with Genack and Herring wedged uncomfortably in the middle and Shafran and Yanklowitz to their right and left, respectively.

Though the debate was free of the rancor that has periodically surrounded these issues, some striking differences quickly emerged.

Shafran opened the discussion and denied that there was any link at all between the ethics of kosher food producers and the food itself, saying that the relationship between the two was no more significant than that between a poet’s hygienic habits and his verse.

“A great poet might opt not to shower, but that doesn’t necessarily affect the quality of his writing,” Shafran told the audience.

But other panelists argued that the link between ethics and kashrut was more intimate than Shafran suggested.

“Even if ethics and kosher are not connected, it remains connected in people’s minds,” said Yanklowitz, in an energetic speech that drew strong applause from the mostly young audience. “We do not compartmentalize our ethics.”

The intersection of kashrut and ethics — with kosher giant Agriprocessors at the nexus — has been the subject of vigorous debate in the Jewish community for more than two years, since the Forward published an investigative report on working conditions at the company’s Postville, Iowa, slaughterhouse. Those debates have become more intense and public since May, when federal agents staged an immigration raid on the Postville plant, spawning a new round of stories about the company’s business practices and dangerous working conditions at the slaughterhouse.

“I think there are many people in the Orthodox community who worry that the publicity surrounding the Rubashkins [the family that owns Agriprocessors] has given Orthodoxy as a whole a bad name,” said Jonathan Sarna, a professor of American Jewish history at Brandeis University. Sarna did not attend the event.

One voice notably missing from the debate was the Conservative movement, whose Hekhsher Tzedek initiative aims to certify kosher food producers that meet a broad array of social and environmental goals. Under the leadership of Rabbi Morris Allen, an early critic of Agriprocessors, Hekhsher Tzedek has been the subject of intense scrutiny and argument in the Jewish community.

This debate was no exception. Shafran, a longtime critic of Hekhsher Tzedek, blasted the initiative as having been “conceived in sin” — namely, “the sin of jumping to negative judgments of others.”

But the others were more measured. Genack said he had doubts about the efficacy of the initiative, but he nonetheless praised supporters of Hekhsher Tzedek for “trying to bring their own constituency back to kosher.”

In the end, the panelists reached no firm conclusions on the relationship between kashrut and ethics. All agreed that both were important, but disagreed about how to link them. But Y.U. junior Steven Paletz said that the evening had nonetheless been rewarding, despite the lack of consensus.

“There was a lot of food for thought,” Paletz said.

Debate Highlights the Politics of Kosher Food, From Left, Right and Center