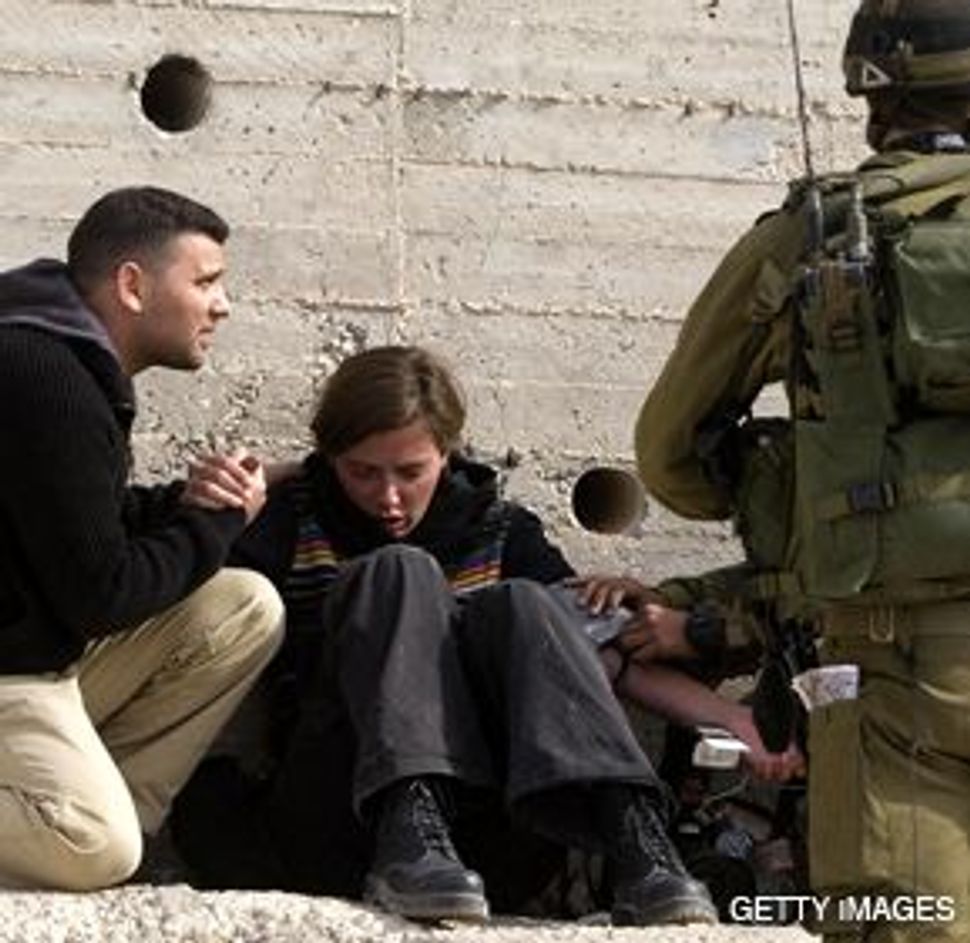 ASSAULTED ON ASSIGNMENT: Haaretz photographer Tess Scheflan gets treatment in Hebron after being struck in the head by an Israeli soldier while covering the aftermath of violence two days later.

Hebron, West Bank — An innocent Palestinian family, numbering close to 20 people, in their home — all women and children, save for three men. 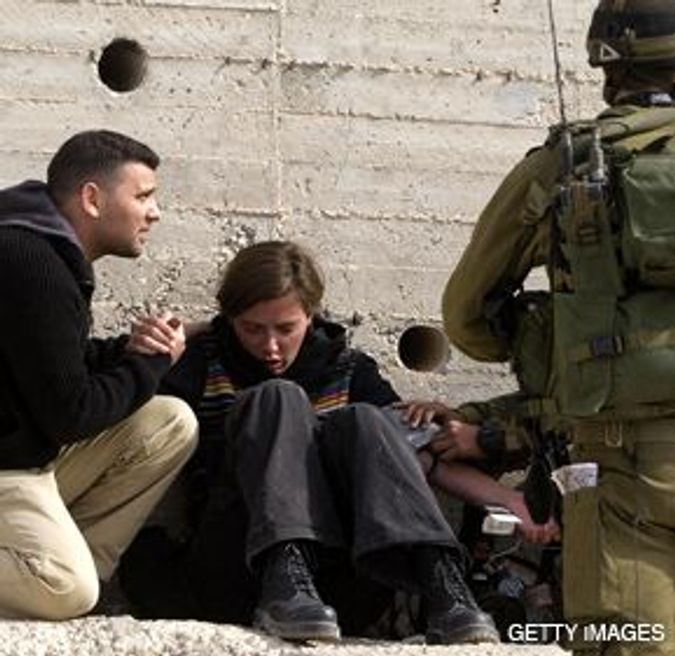 ASSAULTED ON ASSIGNMENT: Haaretz photographer Tess Scheflan gets treatment in Hebron after being struck in the head by an Israeli soldier while covering the aftermath of violence two days later.

Surrounding them, a few dozen masked Jews seeking to lynch them.

This isn’t a play on words or a double meaning. It is a pogrom in the worst sense of the word.

First, the masked men set fire to the laundry in the front yard. Then they tried to set fire to one of the rooms in the house. The women cry for help, “Allahu Akhbar.” Yet the neighbors are too scared to approach the house, frightened of the Israeli settler security guards from Kiryat Arba who have sealed the nearby home and are cursing the journalists who wish to document the events unfolding there.

The cries rain down, much like the hail of stones the masked men hurl at the Abu Sa’afan family in the house. A few seconds tick by before a group of journalists, long accustomed to witnessing these difficult moments, decide not to stand on the sidelines. They break into the home and save the lives of the people inside.

The brain requires a minute or two to digest what is taking place. Women and children crying bitterly, their faces giving off an expression of horror, sensing their imminent deaths, begging the journalists to save their lives. Stones land on the roof of the home, and on the windows and the doors. Flames engulf the southern entrance to the home. The front yard is littered with stones thrown by the masked men. The windows are shattered and the children are frightened.

All around, as if they were watching a rock concert, are hundreds of Jewish witnesses, observing the events with great interest, even offering suggestions to the Jewish wayward youth as to the most effective way to harm the family.

And the police are not to be seen; nor is the army.

Ten minutes prior, while the security forces were preoccupied with dispersing the Jewish rioters near the House of Contention, black smoke billowed from the wadi separating Kiryat Arba and Hebron. For some reason, none of the senior officers of the police or the army was particularly disturbed by what was transpiring at the foot of Kiryat Arba. Anyone standing hundreds of meters away could notice the dozens of rioters climbing atop the roof of the Abu Sa’afan family home, hurling stones. Only moments later did it become apparent that there were people inside the home.

I quickly descend to the wadi and accost three soldiers. “What do you want from me? The three of us are responsible for the entire sector here,” one said, his hand gesturing toward the entire wadi.

“Use your radio to request help,” I said. He replies that he is not equipped with a radio.

A group of journalists approaches the house. A dilemma. What to do? There are no security forces in the vicinity, and now the Jewish troublemakers decide to put the journalists in their crosshairs. We call for the security guards from Kiryat Arba to intervene and put a halt to the attack. But they surround the home to prevent the arrival of “Palestinian aid.”

The home is destroyed, and the fear is palpable on the faces of the children. One of the women, Jihad, is sprawled on the floor, half-unconscious. The son, who is gripping a large stick, prepares for the moment he will be forced to face the rioters. Tahana, one of the daughters, refuses to calm down. “Look at what they did to the house, look.”

Tess, a press photographer, bursts into tears as the events unfold around her. The tears do not stem from fear. It is shame, shame at the sight of these occurrences, the deeds of youths who call themselves Jews. Shame that we share the same religion. At 5:05 p.m., a little more than an hour after the incident commenced, an Israeli unit belonging to the Yassam special police forces arrives to disperse the crowd of masked men.

The family members refuse to calm down. Leaving the home, one can hear a settler yell at a police officer: “Nazis, shame on you.”

Indeed. Shame on you.