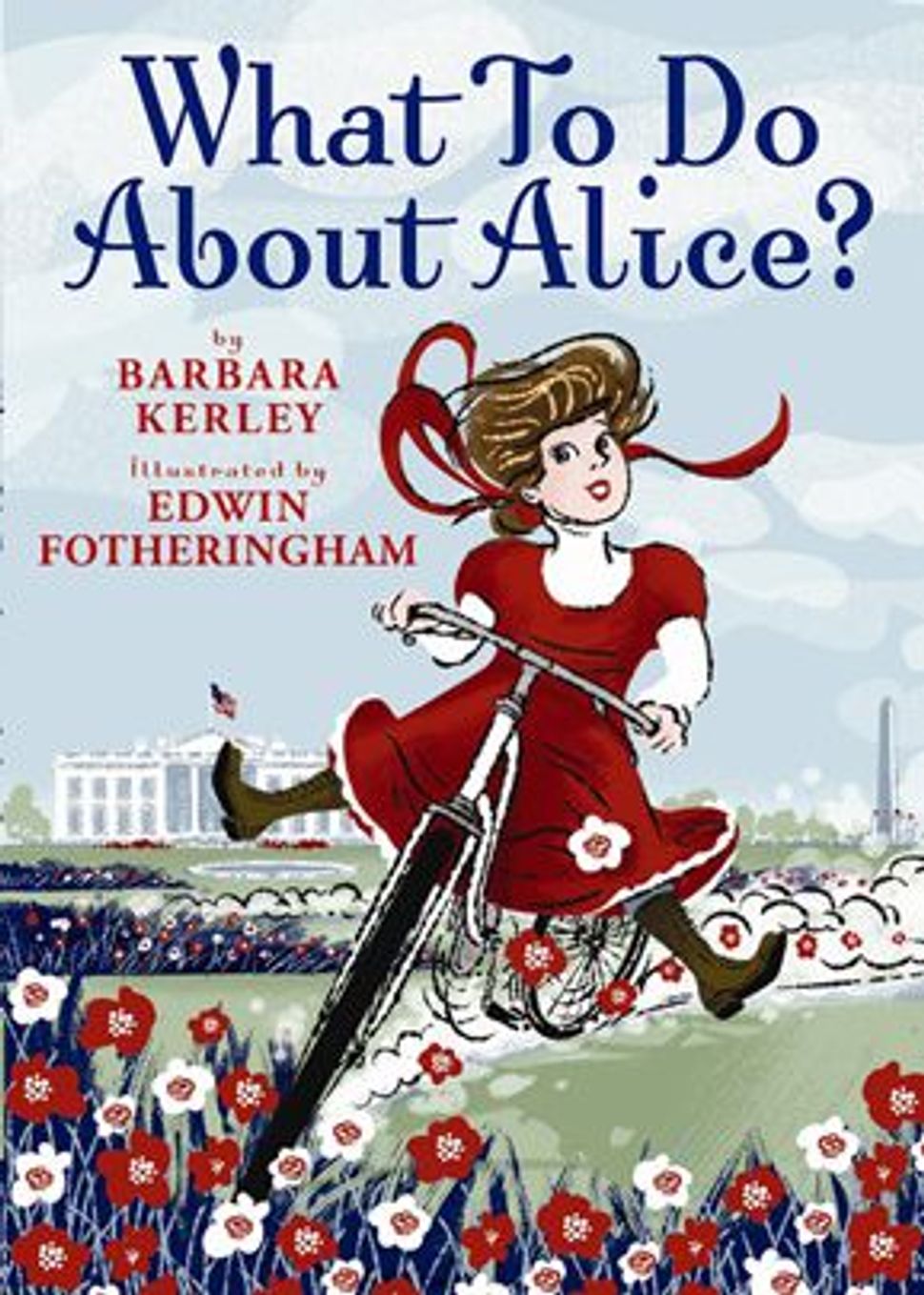 The New York Times recently published its roundup of the year’s Best Illustrated Children’s Books, and I had to laugh: Some of them are the literary equivalent of liver wrapped in spinach and seasoned with mortgages and Xanax. In other words, they have zero appeal to actual children. 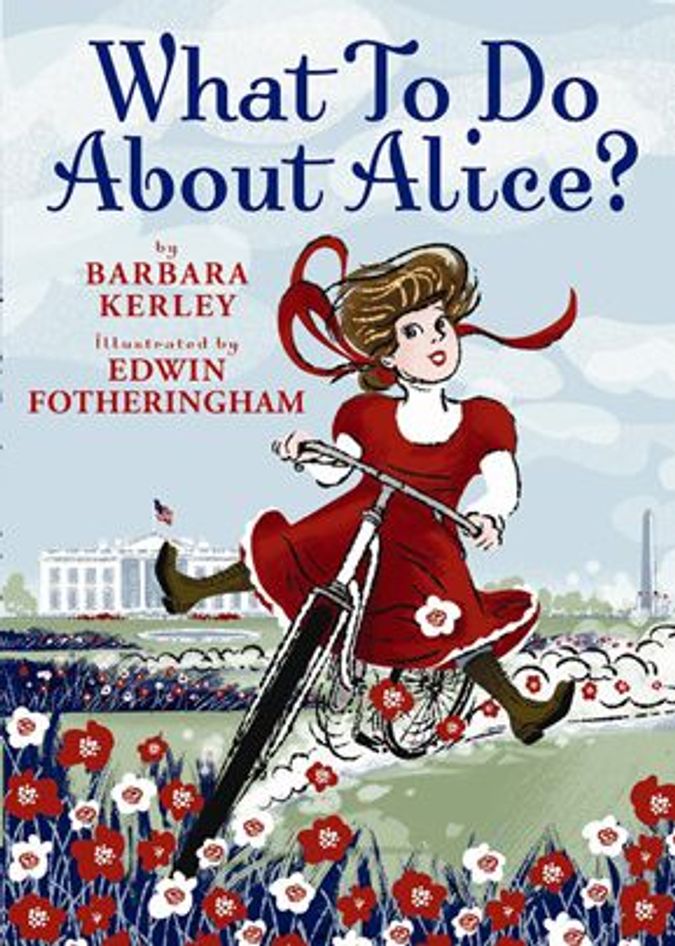 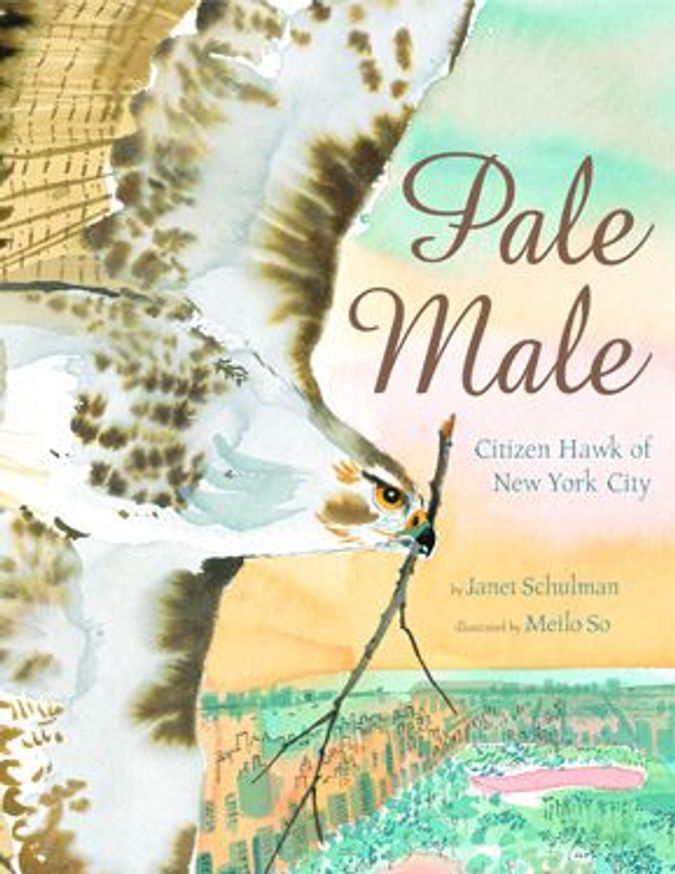 It can be hard to predict what actual kids will glom onto. I’m no ace: I desperately tried to sell Josie on “Highway Cats” by Janet Taylor Lisle (Philomel), a fabulous adventure story about three mysterious kittens who help a bunch of tough street cats unite and protect their world against encroaching bulldozers. It’s weird and sad and mysterious… and something about the cover art (which is nifty!) so turned Josie off, she wouldn’t even look at it. Maxine, on the other hand, has loved every book by Kevin Henkes… except for this year’s “Old Bear” (Greenwillow), a much-lauded, sweet, beautifully illustrated tale of a bear dreaming as he hibernates. I need new children with better taste. (Want proof? Josie was until recently addicted to an execrable series called, I kid you not, “Pony-Crazed Princesses.” If publishers ever release “Magical Princess Ponies and their Fairy Unicorn Friends and Zac Efron and OMG that Twilight Guy,” we are doomed.) But I digress.

Fortunately, Maxine loved “In A Blue Room” by Jim Averbeck, illustrated by Tricia Tusa (Harcourt), so I don’t have to kick her to the curb. The story is about a jacked-up bouncing little girl who won’t go to bed because her room isn’t blue, her favorite color. Her clever mama gradually gets her to chill out by engaging all her senses. The illustrations are funny and luscious, and the whole book has a mysterious, magical air. Maxine wants to read it over and over, and I’m happy to oblige.

In the non-bedtime category, her favorite book this year was “A Visitor for Bear,” by Bonnie Becker, illustrated by Kady MacDonald Denton (Candlewick). It’s hilarious, with just the right amount of suspense and perfect pacing. Hammy parents get to do lots of voice acting. Maxine cracks up over and over… and the book offers a non-didactic (and actually pretty Jewish) lesson about the importance of hospitality.

I always love reading rhyming books, and “Mama’s Kiss” by Jane Yolen, illustrated by Daniel Baxter (Chronicle/Handprint), is an excellent entry. When a blown kiss goes awry, it ends up ricocheting around the world, in staccato verse, until it ends up smacking right into its intended target. (“Mama smiles and throws me kisses/Most land right, but one kiss misses. Mama says she’ll throw another/It sails off toward Baby Brother. Baby burps, the kiss goes wide/Through the window and outside…”)

Here are two books that could have made the New York Times Best Illustrated Books list, but also pack kid-appeal: “The Donut Chef,” by Bob Staake (Golden Books) and “Wonder Bear” by Tao Nyeu (Dial). Both will appeal to hipster parents — the first has an ultra-graphic, candy-colored, uber-mod visual lusciousness, while the latter has a fine-arty psychedelic trippindicularity — cute animals and curling flora appear in sophisticated, non-kiddish deep blues, avocado greens and oranges.

“How to Make a Cherry Pie and See the U.S.A.” by Marjorie Priceman (Knopf) is the rare book that appeals to both my 7-year-old and my 4-year-old. A sequel to 1994’s “How to Make an Apple Pie and See the World” (Knopf), it’s weirder and funnier, with the same tasty gouache illustrative style. Where the first book focused on the provenance of the ingredients, this one looks at where cooking tools come from: Where in the USA can one get granite for a pastry slab, wood for a rolling pin, cotton for pot holders? The endpapers show a map of the country that kids love to pore over. Delicious.

I gave Chris Monroe’s “Monkey with a Tool Belt” (Carolrhoda) and Marla Frazee’s “A Couple of Boys Have the Best Week Ever” (Harcourt) to my high-energy 6-year-old nephews, but they’re big hits in our house, too. What kind of humorless wad would be immune to a book called “Monkey With A Tool Belt”? Especially when the monkey in question is named Chico Bon Bon? If you aren’t amused, I don’t want to know you. Bonus: Said monkey is a level-headed, competent fellow, and he has many niftily detailed tools. Maxine loves trying to figure out which ones are real (hint: not “bungee hammer”). And Frazee’s book is all about the joys of friendship and summer and noshing and bumming around and having tolerant grandparents. It has a cartoon-y, happy, school’s-out energy, and it feels like it’s about real kids.

One of the unexpected joys of Josie getting older has been our entry into the world of not-so-beginner chapter books. Shehechiyanu, I have a book lover. And we’re starting to share books. Such naches!

As our bedtime reading at Grandma’s this summer we got lost in Annie Barrows’s “The Magic Half” (Bloomsbury). What a suspenseful, well-constructed, mind-expanding proto-feminist read! My mother-in-law and I nearly came to blows over which of us would get to read it to her every night. A time-travel fantasy-mystery, it made Josie’s eyes shine, it made her bounce up and down in bed, it made her shriek and squeak and hide under the covers. Uh, me too.

“Brooklyn Bridge” by Karen Hesse (Feiwel and Friends) is the story of an immigrant boy in 1903 New York City. Based on the true story of the family that invented the stuffed teddy bear, it’s a crowded, exuberant mix of realism and creepy, sad, poetic fantasy. I’d recommend it for kids over 10.

“Cicada Summer” by Andrea Beaty (Amulet) is about an 11-year-old with lots of secrets. It’s a small-town mystery, a story of loss and grief, a hopeful tale of a suffering girl who comes out the other side. Even though it’s about heavy stuff, it has a light touch. Like “Brooklyn Bridge,” it has a real sense of place.

Jojo, my rambunctious, social-justice-loving girl-power girl, loved “What to Do about Alice?” by Barbara Kerley, illustrated by Edwin Fotheringham (Scholastic), which tells the story of Alice Roosevelt. The illustrations are as exuberant as the text, and the book is a fun introduction to a historical figure neither Josie nor I knew much about.

Probably the best reviewed non-fiction book this year has been “Pale Male: Citizen Hawk of New York City” by Janet Schulman, illustrated by Meilo So (Knopf). It’s even on that farshtinkener New York Times list. But you know what? It’s great. Take it from someone who actually rolled her eyes in narcoleptic boredom at the Pale Male stories in the adult media — if *I *found this book enthralling, you will too. It’s gorgeous and educational and politically pointed, and Josie (who is admittedly more of a nature-lover than I am) was smitten.

“Grow” is a novel in verse by Juanita Havill, illustrated by Stanislawa Kodman (Peachtree). Josie has read this one four or five times, and even Max listened. The story of an urban community garden and the multicultural band of farmers — some enthusiastic, some reluctant — who till it and then fight for it, it’s a gorgeous, poetic, affirming read. And oh, the language! Don’t miss it.

Want Marjorie’s big, long, unedited list of all her kids’ favorite books this year? Write her at mamele@forward.com.