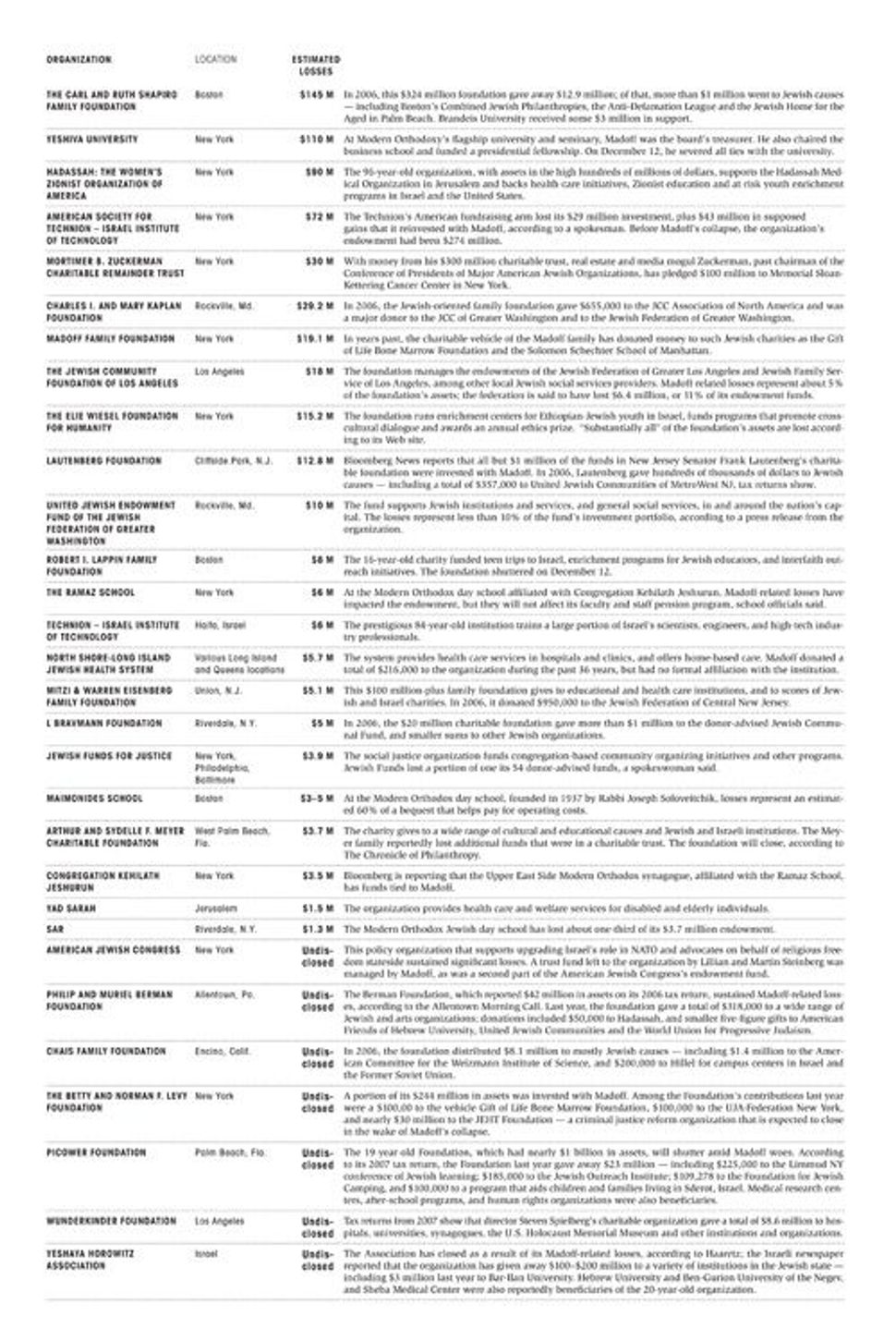 In the week since Bernard Madoff was arrested and accused of running one of the largest Ponzi schemes in history, hundreds of millions of dollars in losses to Jewish foundations and social service organizations have been totaled; two charities that backed mostly Jewish and Israeli causes have been shuttered.

The ripple effect of the alleged fraud could be felt for decades to come — as venerable Jewish foundations, organizations, day schools and synagogues find their operating funds and grant-making pools depleted, and their largest donors with newly shallow pockets.

The president of the Jewish Funders Network, Mark Charendoff, has called Madoff’s collapse “the atomic bomb in the world of Jewish philanthropy.” The president of the Institute for Jewish & Community Research, Gary Tobin, spoke in equally dire terms: “For the philanthropic elite who invested with him, the means they would be giving away for many more years is gone. The long-term effects of dollars that would have been contributed is severe.”

The table below, compiled from tax returns, press statements and news reports, details some of the most significant Jewish communal losses reported to date.

Click below for a larger version of the chart: