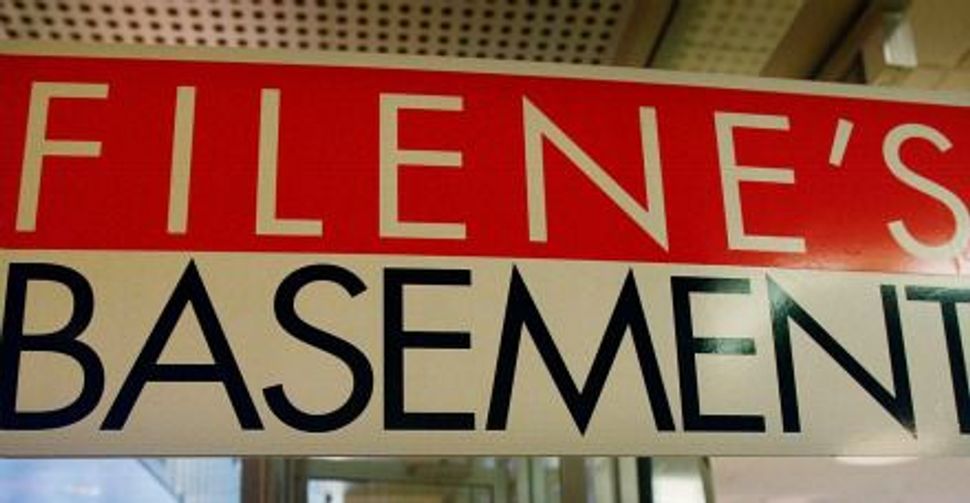 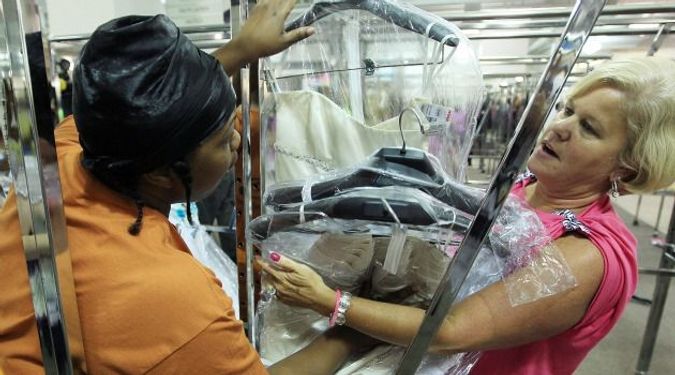 Bargain Hunters: The closing of Filene?s Basement marks another milestone in the constantly shifting retail world. The store started as an experiment in a different kind of capitalism. Image by getty images

This holiday season will be the last for two iconic discount clothing retailers with historic Jewish roots: Filene’s Basement and Syms, which acquired the former in 2009. Both recently declared bankruptcy and will cease operating in January.

While the commercial legacy of the Filene family may end soon, founder Edward Filene’s social legacy, as an exemplar of progressive management and labor rights, has suffered diminishing influence that long predates his store’s demise. Filene, in a sense, was emblematic of an urban, immigrant-centric political consensus between capital and labor that Americans have swept into the dustbin of history.

“The Jewish entrepreneurs — not to mention Jewish labor leaders — were important in the construction of an ideological political bloc that became the New Deal,” said Nelson Lichtenstein, a professor of history at the University of California at Santa Barbara.

In 1909, brothers Lincoln and Edward Filene — sons of a German-Jewish immigrant — embarked on a new venture: taking unsold items from their father’s department store and selling them at discount prices out of a low-cost basement location in Boston. Each week, unsold items would be marked down systematically. After a few weeks, if still unsold, the brothers would give them to charity. The business grew into a chain of retail stores in such cities as New York, Chicago and Washington, D.C.

Unlike the capitalists of the time who were battling militant unions, Edward Filene offered his employees an in-house mechanism — sometimes equated with a company union — to address their concerns about working conditions and raise their pay. It became a model for his core political beliefs.

Filene lobbied for workers compensation laws. His prominence later led to him to ally with President Franklin D. Roosevelt during the development of New Deal projects, including the use of public works projects to ease high unemployment. He was also a key supporter of the National Labor Relations Act, signed in 1935, on the grounds that codifying collective bargaining would alleviate disorder stemming from worker unrest at the time. The NLRA, he believed, was also essential for raising workers’ wages, which would increase consumer demand.

While his brother had taken over majority control of the company by the time Roosevelt came into office in 1933, Edward Filene’s prominence as a successful businessman made him the perfect endorser for Roosevelt’s capitalism with a Democratic face. But Filene wouldn’t live to see the post-war prosperity. He died in 1937.

Meg Jacobs, a professor of history at the Massachusetts Institute of Technology, noted that Filene, like Henry Ford, believed workers needed to have living wages in order for them to be consumers. But the similarities end there, primarily because as a retailer Filene was intimately involved with his customers on a daily basis while industrialists like Ford were isolated from the actual marketplace.

“This whole idea with the bargain basement really sort of spoke to the surroundings he came from,” Jacobs said of Filene. “He saw the need right there before him and had a perception of who his customers were.”

In addition, Jacobs said, though Ford paid his workers living wages, he believed they should rely on a thrifty, austere and almost Victorian lifestyle. Filene didn’t see it that way. He believed that the immigrant who shopped at his store deserved to enjoy the material comforts one could find in America but not back in Europe.

“Pariah might be too strong a word, but [he was] definitely a maverick, particularly as politics evolved and changed,” Jacobs said of Filene. “It put him beyond the bounds of where most businessmen were.”

While the company is liquidating, Filene’s ideas do live on in the Century Foundation. Founded by Filene in 1919 as the 21st Century Fund, it was a think tank that, as Jacobs explained “lent academic credibility and legitimacy to the National Labor Relations Act and also to Social Security,” along with other aspects of the New Deal.

Like other bargain retailers, Filene’s was forced out by a crowded market, with Wal-Mart and Target the ruling kings. But the mission of these stores does not include raising communities up the class ladder. Wal-Mart’s business today remains a target for anger from unions and women’s rights activists, who claim that the company practices workplace gender discrimination.

“Stuff is cheap at Wal-Mart and Target, but the other side of the equation is to have higher wages and a voice for the working class,” Lichtenstein said. “That is not what Wal-Mart or Target or Home Depot [are] interested in, the way Filene was.”