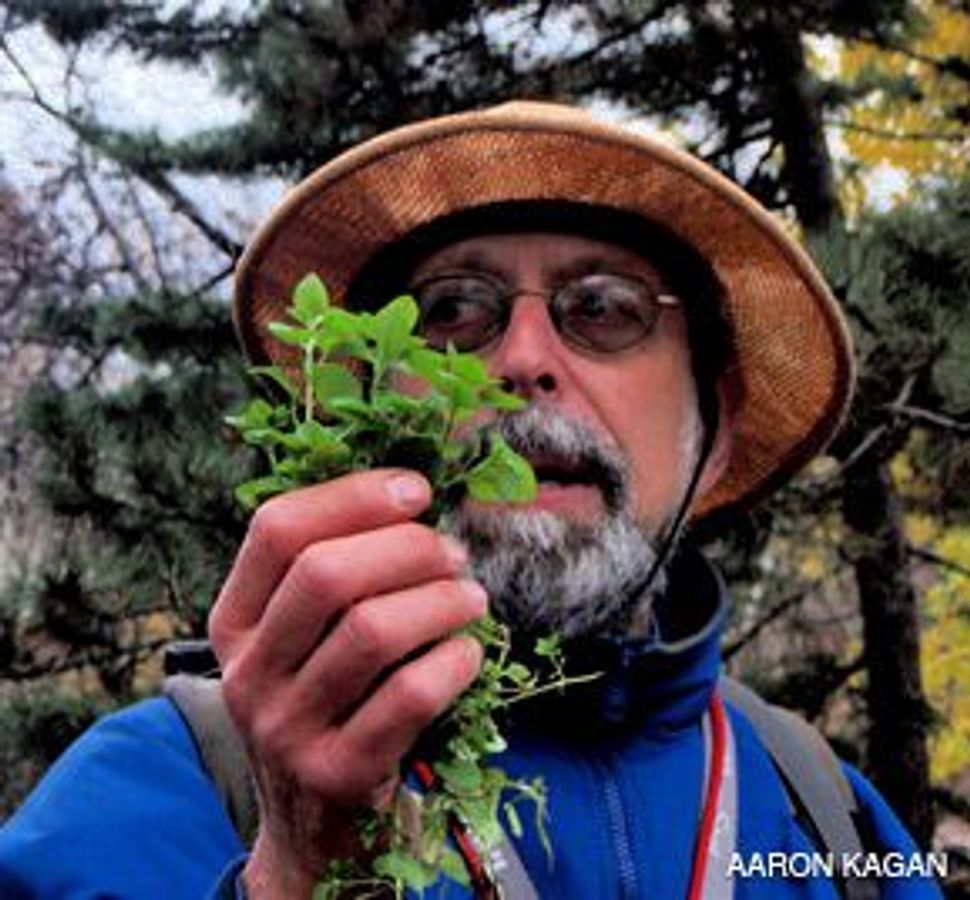 ?TIS THE SEASON: Steve Brill (aka Wildman), above, is a leader in the wild foods movement. Top right: wild American persimmons in Central Park.

When it comes to finding food, the human species clearly prefers the supermarket to the forest. Nevertheless, foraging for edible wild plants has become increasingly popular among some dedicated foodies. The wild foods movement is led, in large part, by two members of the tribe: Russ Cohen of Arlington, Mass., and Steve Brill of Mamaroneck, N.Y., the latter a figure more prominently known as “Wildman.” 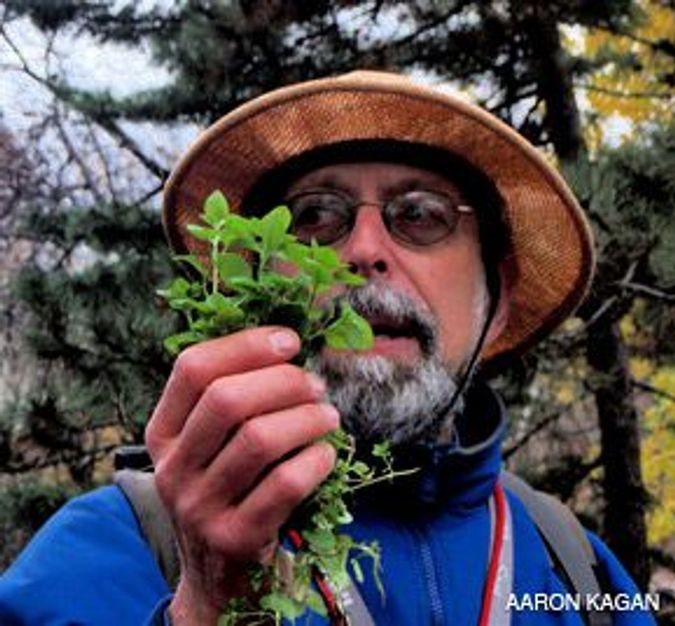 ?TIS THE SEASON: Steve Brill (aka Wildman), above, is a leader in the wild foods movement. Top right: wild American persimmons in Central Park.

Foraged foods are enjoying a renaissance, thanks in part to the growing popularity of eating locally. After all, there is nowhere more local than your backyard. Wild foods have always been on the menu at Chez Panisse in Berkeley, Calif., and seasonal, locally grown foods are featured on the menus of a number of high-profile restaurants, including Blue Hill in New York and Lula Cafe in Chicago, a city that takes its name from an Algonquian word for wild onions.

I recently attended one of Brill’s walking tours, during which we found, and ate, more than 20 different plant species, all within New York City’s Central Park. Among our many finds were wild American persimmons, which are comparable in flavor to an extremely ripe apricot or Medjool date. When the group paused under one such tree, Brill shook it, and the persimmons rained down like manna from heaven. The tour lasted four hours, and many participants left with plastic bags full of wild greens, nuts, fruits and roots.

Cohen, a self-described “rivers advocate” and environmental lawyer, is Brill’s Boston counterpart. He also conducts edible-plant walking tours and lectures, and has published several articles and one book, “Wild Plants I Have Known… and Eaten” (Essex County Greenbelt Association). Cohen has been teaching courses on wild edibles for 33 years for private groups and organizations, such as the Massachusetts Audubon Society and the Appalachian Mountain Club.

While neither Cohen nor Brill is particularly observant, both were raised Jewish and identify culturally as Jews. They both learned to forage at a young age, from family members who took them berry picking and nut gathering, and the two have always considered gathering wild edible plants to be in keeping with their Jewish cultural roots.

The most transparently Jewish component of Brill’s recent walking tour was his sense of humor, which Cohen, who is Brill’s friend as well as his colleague, described as “totally borscht belt.” When asked about his relationship to Judaism, Brill began by saying, “I was born Jewish, but put me in front of a camera, and I turn into a ham.” He went on to describe how his Jewish grandmother taught him how to cook, a skill that features prominently in his adult life as he continues to invent creative recipes for the wild plants he finds.

Both Brill and Cohen have mixed their passion for foraging and their cultural upbringing by incorporating wild ingredients into traditional Jewish recipes. Brill makes his grandmother’s Apfel-charlotte cake with wild varieties of apple and ginger, plus berries from the aromatic plant known as spicebush. Cohen uses wild fruits and nuts to create what he calls “rustic rugelach,” and makes a kugel using a small, indigenous fruit called ground cherry, which is related to the tomato and has a range that spans North America.

The fact that two of the most prominent men in the wild foods movement are Jewish is perhaps a happy coincidence, but there is an unmistakable Jewish connection to foraging, with numerous references to wild foods in the Bible — most notably, during the 40 years the Israelites spent in the desert. Displaced persons are often forced to live off the land, and given the long history of Jews and dislocation, wandering and foraging have often gone hand in hand. It also helps that all wild plants are automatically kosher.

While foraging was a means of survival during biblical times, it is a means of spirituality for some modern Jews. Cohen borrows a phrase from the Christian tradition in saying that eating wild foods is like “taking communion.” Every time he bites into a piece of his acorn bread or autumn olive fruit leather, Cohen feels a visceral connection to the forces of creation. “Foraging is a deep way of connecting to the place where you are, much more so than just eating Buffalo wings in Buffalo,” Cohen said.

Foraging also embodies the environmental ethics of Judaism. In Cohen’s words: “That was part of the message. God gave us the planet to take care of, not to make a pile of money off of.” Brill added that taking care of the environment should be a “huge imperative” in Judaism, and both men use their foraging presentations as a platform for preaching conservation.

“When people think of the environment these days, there’s a lot of guilt,” Cohen said. “Humans have indeed despoiled the earth in many ways, but foraging is a chance to show your appreciation for nature through your taste buds.”

Grind the spiceberry in the food processor or chop finely by hand.

Mix with the apples and raisins.

Meanwhile, boil the noodles in salted water with a dash of oil until nearly done.

Drain the noodles and mix them with the mixed ingredients.

Put this in an oiled casserole dish, sprinkle with poppy seeds, and bake, covered, 45 minutes in a preheated 350° F oven.

Serve hot or cold, topped with jam or soymilk if desired.