It’s Rosenberg vs. Goldberg in Cleveland 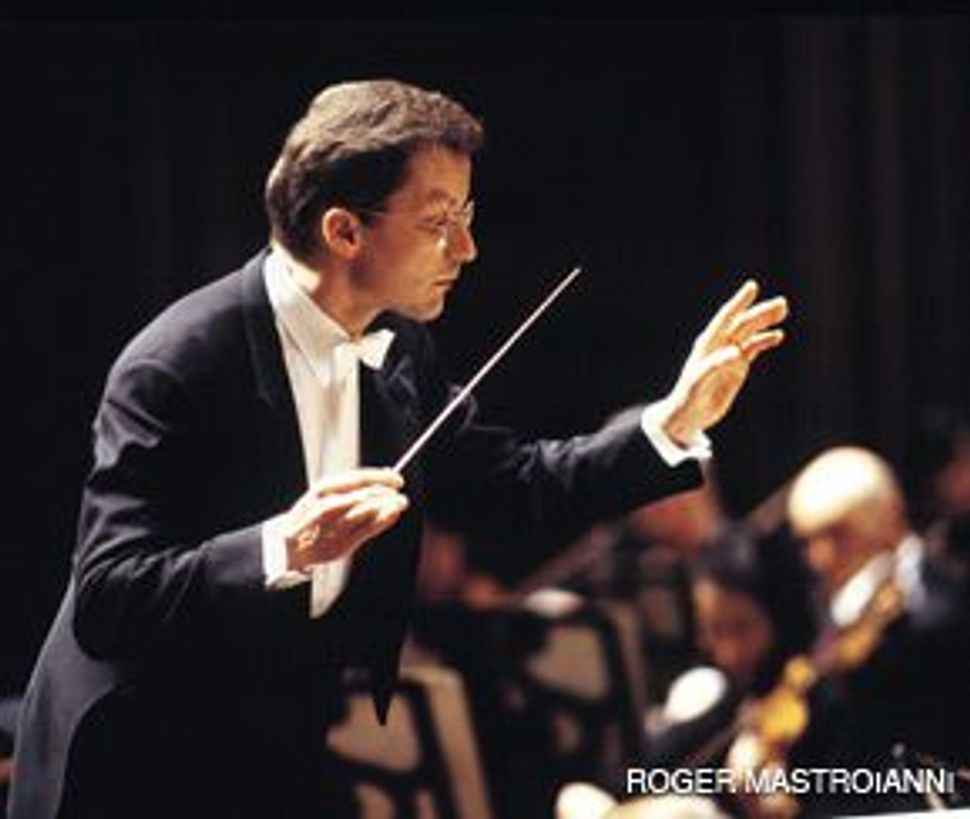 MUSICAL CHAIRS: The Cleveland Plain Dealer's classical music critic, Donald Rosenberg, who had been critical of the Cleveland Orchestra's Music Director Franz Welser-Möst (above), has been taken off his longtime beat ? and is suing the newspaper; his editor, Susan Goldberg, and the administrators of the Orchestra.

It’s Rosenberg vs. Goldberg, and the world of classical music criticism is trembling. The Cleveland Plain Dealer’s classical music critic Donald Rosenberg filed suit this month, several weeks after he was taken off the Cleveland Orchestra beat after writing about the ensemble for 18 years. Rosenberg’s suit names the newspaper and the Musical Arts Association, which runs the orchestra, as defendants. Also named are Plain Dealer editor Susan Goldberg and some of the orchestra’s directors. Goldberg is quoted in The New York Times, stating that Rosenberg’s job transfer — he continues to write about other music and dance events — is an “internal personnel matter,” yet the controversy, taken up by journalists and bloggers, has become highly external and even angrily vehement. 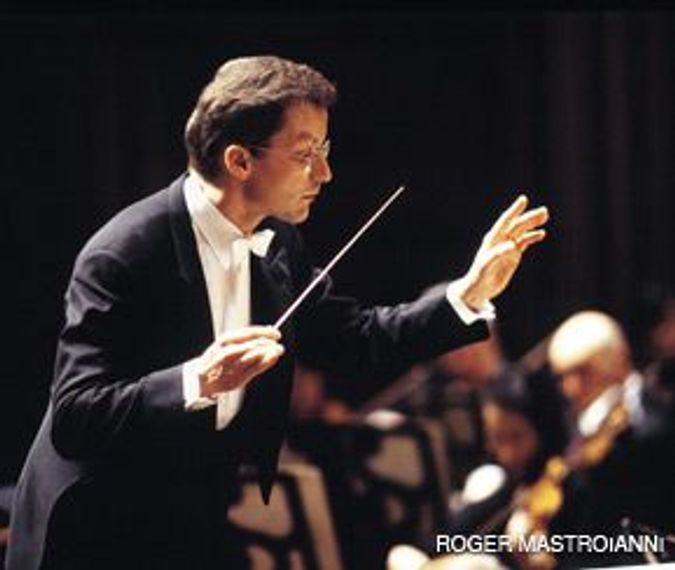 MUSICAL CHAIRS: The Cleveland Plain Dealer's classical music critic, Donald Rosenberg, who had been critical of the Cleveland Orchestra's Music Director Franz Welser-Möst (above), has been taken off his longtime beat ? and is suing the newspaper; his editor, Susan Goldberg, and the administrators of the Orchestra.

Some observers charge that Rosenberg’s right to speak his mind and criticize Franz Welser-Möst, the Cleveland Orchestra’s Austrian-born music director, has been violated. While Cleveland has a journalistic tradition of dealing plainly with performers, notably in acidulous reviews by local distinguished pianist and witty writer Arthur Loesser (1894–1969), times have changed, and stressed-out institutions have grown more thin-skinned. Readers can sample around six months’ worth of Rosenberg’s articles in The Plain Dealer online and some might wonder what the fuss is about. Rosenberg, the author of a splendidly enthusiastic history “The Cleveland Orchestra Story: Second to None,” (Gray & Company Publishers, 2000), is a cheerful booster with an unusual depth of knowledge about local traditions, having covered music in Cleveland for nearly 30 years. “The Cleveland Orchestra Story” is not uniformly tender to conductors, pointing out how Lorin Maazel, music director in the 1970s, drove away some musicians with his “surly and hostile” moods and “weird, maddening, and indifferent performances.” Welser-Möst, music director of the Cleveland Orchestra since the 2002-2003 season, and recently signed on to remain until at least 2018, is on a career upswing. After an unhappy 1990s stint with the London Philharmonic Orchestra, Welser-Möst has produced a number of energetic, lithe performances of operas on DVD (EMI Classics), including Britten’s “Peter Grimes”, Schubert’s “Fierrabras” and d’Albert’s “Tiefland”, all presented at the Zurich Opera House.

Other Welser-Möst’ performances, whether live or recorded, have been less compelling, like a curiously bland Beethoven’s Ninth Symphony on Deutsche Grammophon. But Rosenberg’s articles, if critical, have always been personally respectful of Welser-Möst. Rosenberg’s lawsuit charges that his own problems began during the orchestra’s 2004 European tour, when he cited an interview given by Welser-Möst to a Zurich newsweekly, Weltwoche. Headlined “Stardirigent: “Viele reiche Witwen” (“Star Conductor: Many Rich Widows”), the original interview quotes Welser-Möst about the need to charm Cleveland’s “rich widows” and “blue hair ladies” who make up the audience in order to raise money, and how a donation of $5,000 would not even deserve a handshake with him but $10 million ensured a dinner date. Welser-Möst compared Cleveland to an “inflated farmer’s village.” According to Rosenberg’s complaint, these published comments were faithfully translated and conveyed by Rosenberg to English-language readers, much to the dismay of the orchestra’s administration.

Rosenberg charges that this resulted in, among other things, him being banned from orchestral rehearsals and from interviewing Welser-Möst (no sooner had Rosenberg been transferred from the orchestra beat by The Plain Dealer, than a flattering interview with Welser-Möst by another journalist appeared in the paper). Whatever the outcome of the lawsuit, there arises the question of why Welser-Möst, though guaranteed a job until at least 2018, should require such ardent protection.

Born Franz Möst in Linz, Austria, in 1960, Welser-Möst grew up in nearby Wels. He was adopted by an admiring member of the nobility, Baron Andreas von Bennigsen of Liechtenstein, on whose advice he changed his name in 1985 to the more weighty and resonant Welser-Möst (or in German, Möst of Wels). Aspiring to noble origins with a name change seems to belong to an earlier, more grandiose generation of conductors, like the septuagenarian Spanish-German maestro Rafael Frühbeck de Burgos, born simply “Frühbeck.” The maestro adopted the noble addendum “de Burgos,” after the name of his native city.

The galumphing, multiple name “Frans Welser-Möst” leads English speakers to the unmerited trochaic insult “frankly worse than most,” invented back in Welser-Möst’s London days. Conductors, like all public figures, endure derisive nicknames, but eventually their accomplishments drown out such schoolyard epithets. Musicians jeeringly greeted conductor Michael Tilson Thomas in his early years as “Michael Tinsel Tuchus,” but the jesting did not continue for long, as Tilson Thomas proved himself a talented musician. The international press, however, has been repeating “frankly worst than most” for nearly 20 years now, and the insult shows no sign of going away. It may be time for Welser-Möst to follow the example of conductors who alter their names to avoid ridicule in Anglophone regions. One precedent is the accomplished maestro known in English-speaking countries as Christof Perick, the current music director of the Charlotte Symphony Orchestra. Perick found that his American and British concert posters were greeted with laughter when they used his birth name — innocuous in German — of Christof Prick. While Welser-Möst’s name does not have inherent rude connotations in English, it evidently does inspire rudeness in others, and for this reason alone, “Franz Möst” would be an alternative more down to earth and less social climbing.

If the still-young maestro sees his Cleveland job as a learning experience, he might study how other musicians have productively dealt with harsh reviewers. Pianist Arthur Rubinstein would invite the critic in question to a lavish lunch, and after copious wines and liqueurs, the hatchet almost always would be buried. Apart from his music, Rubinstein is remembered for his exuberant love of life and not for body-slamming journalists. Every performer can learn a lesson from Rubinstein’s wisdom: Make love, not war. Rosenberg and Goldberg may not quite end up doing the former, but Welser-Möst should do his utmost to avoid the continuation of the latter. Perhaps he could invite Rosenberg to lunch to repair — as much as possible — personal and institutional reputations, while trying to ensure that this informed critic is restored to his prior responsibilities.

It’s Rosenberg vs. Goldberg in Cleveland