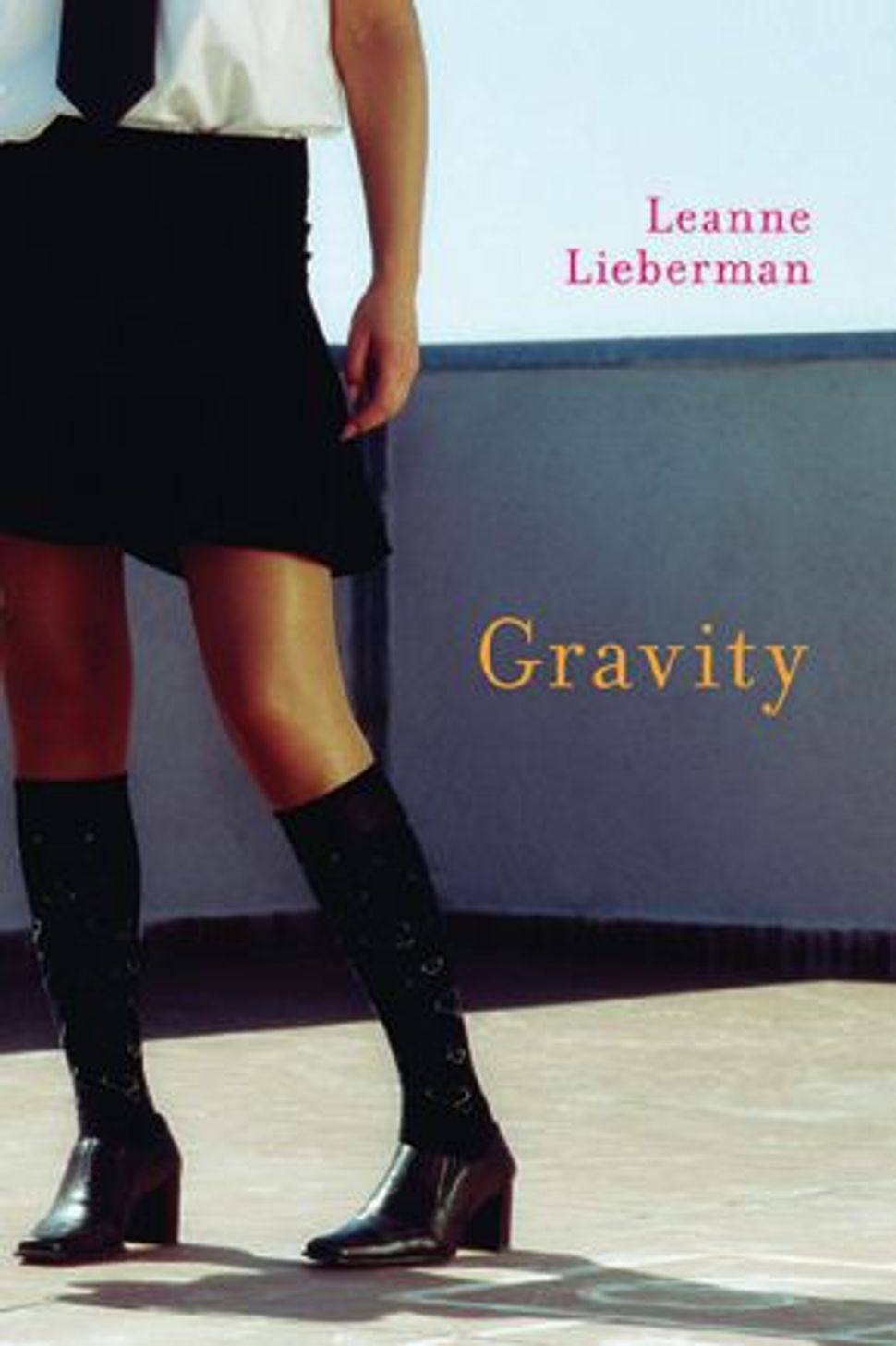 For someone who’s recently written a novel about teenage Orthodox Jewish lesbians — it could even be called the definitive novel, since there isn’t exactly a surplus of teen Orthodox lesbian fiction floating around — Leanne Lieberman isn’t really the ideal spokeswoman for the “Orthodyke” community. As a matter of fact, she’s neither Orthodox nor gay… nor, actually, a teenager. 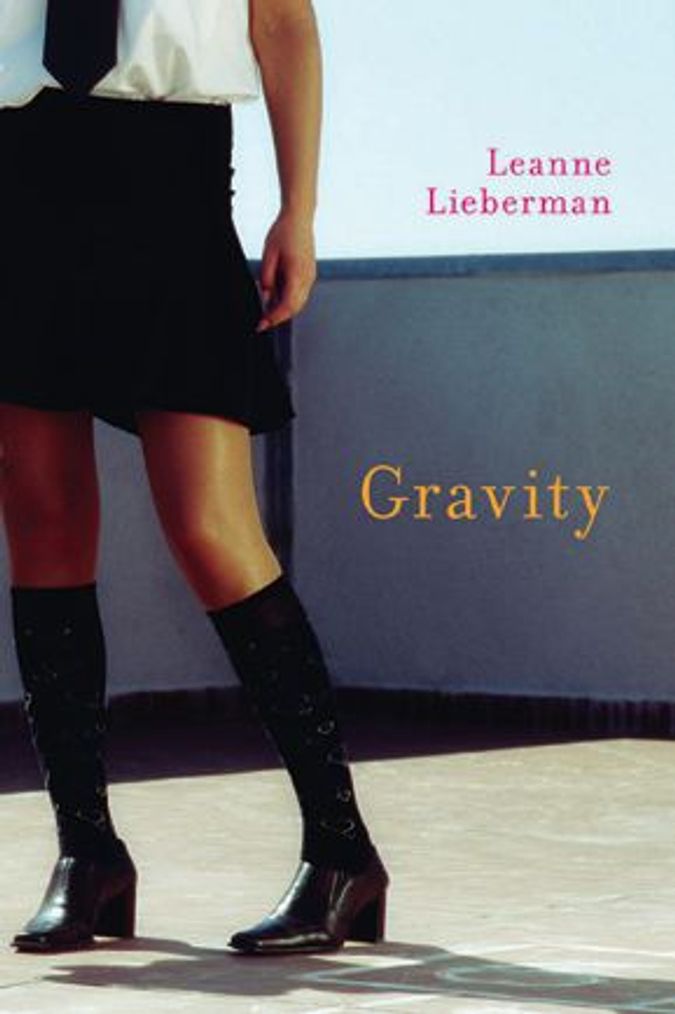 “Religiously, I’m Reform and somewhat affiliated,” she said, with an air of nonchalance. “I treat the idea of God as a big metaphor, not a creator one should pray to.”

To someone who has read only Lieberman’s debut novel, “Gravity” (Orca Book Publishers, 2008), the author’s lack of connection to the Orthodox world wouldn’t be anything apparent. Lieberman writes her protagonist seamlessly, in a first-person voice that is so raw and awkward and confessional that it’s hard to imagine it isn’t a memoir, let alone fiction.

The parallels between Lieberman’s own life and that of the book’s main character, Ellie Gold, are not hard to trace. On the acknowledgements page, Lieberman thanks her brother “for coming out to me while we were on a walk in an Orthodox Jewish neighborhood in Jerusalem.” And, while in university, her best friend became ba’al teshuva — a newly observant Jew — so Lieberman followed her to Israel to study in yeshiva. (Lieberman returned after a year.)

But the story of Ellie is squarely her own. Ellie is a gangly, awkward girl on the precipice between 9th and 10th grade. When the book opens, her parents are preparing to ship her rebellious older sister, Neshama, off to camp and then leave for Israel themselves. Her mother is experiencing a personal crisis and a flurry of religious inspiration, which mostly manifests in belting out songs in synagogue… which the rest of the women’s section doesn’t take very well. Meanwhile, Ellie is being left behind with her grandmother, consigned to spend the summer at her lakefront cabin in Toronto.

It seems like an innocent — well, boring — plan for Ellie, who, it’s quickly established, spends more quality time with books than with other people. Between Neshama’s rebelliousness (she smokes cigarettes and wears pants) and their father’s stern, by-the-numbers observance, Ellie has carved herself a comfortable niche. She’s firmly Orthodox, but not part of her father’s stubborn, trenchant mold. For one thing, she loves spending time with her bubbe, who first appears as a good-natured, anything-goes survivor of wilder times, but soon becomes an obviously harsh critic of her *ba’al teshuva *children. Over the summer, *Bubbe *isn’t quite able to force her own brand of atheism on Ellie — loving and well-intentioned though it may be — but she certainly attempts to do so.

Instead of an all-out rebellion like her sister’s, Ellie’s religious conflict comes out in trickles of experimentation. She goes swimming in a bathing suit, without shorts or a shirt worn over it. She forgets about Shabbos; although it’s only once and it’s an accident, she still feels guilty for not having remembered it was Friday night. And, of course, she has an all-encompassing, weight-of-the-world make-out session with Lindsay, the girl from across the lake.

The novel doesn’t kick into high gear until halfway through, when summer ends and Ellie returns to civilization, seemingly never to see Lindsay again. (Although, come on, would that ever happen?) Here, Ellie’s introspection kicks in — and in her case, it comes as heavy, religious uncertainty coupled with insecurity about her sexuality and plain-old relationship woes.

Ellie’s adolescent lust is depicted with uncomfortable candidness, raw and powerful and utterly embarrassing. Ellie is unsure of what her new feelings mean or what to do about them or how to analyze them — although, of course, she knows that they must be analyzed.

The reintroduction of Lindsay is expected, and slightly contrived, but it gives Ellie’s drama new fuel and renews the doubt about Ellie’s own sexuality, which she thought she’d already resolved. Like any teenage relationship (and most non-teenage relationships), the physical drama is dwarfed by the drama that takes place inside their heads. Only here, the heart of the story comes with Ellie’s battle between her burgeoning homosexuality and her religious devotion. It might not be girl vs. God, but it’s pretty clear that Ellie has a thing for both Lindsay and the Creator, and neither is going down without a fight.

Though the drama was markedly different in Lieberman’s own life, the associated emotions that surfaced were not far removed when her brother came out to her in Jersusalem. “Just as he told me he was gay,” Lieberman said, “we had wandered into a Hasidic neighborhood. We were dressed modestly, but all the kids were staring at us and we quickly left… I started to wonder, what if you were gay and you were from a really religious family, what would you do? The obvious answer to me was, well, you just wouldn’t be religious anymore.”

However, the obvious road is the one she meticulously avoids, and therein lies the heart and spunk of “Gravity.” It would be easy to write a story where Ellie joins her sister in the standard rebellion against religious authority — and indeed, the story veers dangerously close to that route at points, especially when Ellie smuggles home a pair of jeans and starts questioning why God would make her feel these urges. In this genre, where it’s almost *de rigueur *for a book on this subject to tell the story of a girl’s freedom from the prison-like confinement of organized religion, Lieberman takes the road less traveled — and it is a victorious, jubilant road. The resolution to both Ellie’s crisis and her mother’s dilemma become enmeshed, and I won’t give too much away, but it’s a thoughtful and unexpected ending that doesn’t definitively resolve all or even most of the conflicts, but it serves everyone right: Ellie, Lindsay, her mother and even God.

The book doesn’t take a party line, and it probably won’t make activists in either camp feel better, but that’s why it succeeds so admirably — and that, perhaps, is what makes it feel most real.

*Matthue Roth is the author of the young-adult novels “Never Mind the Goldbergs,” “Candy in Action” and, most recently, “Losers.” He keeps a secret diary at www.matthue.com. *