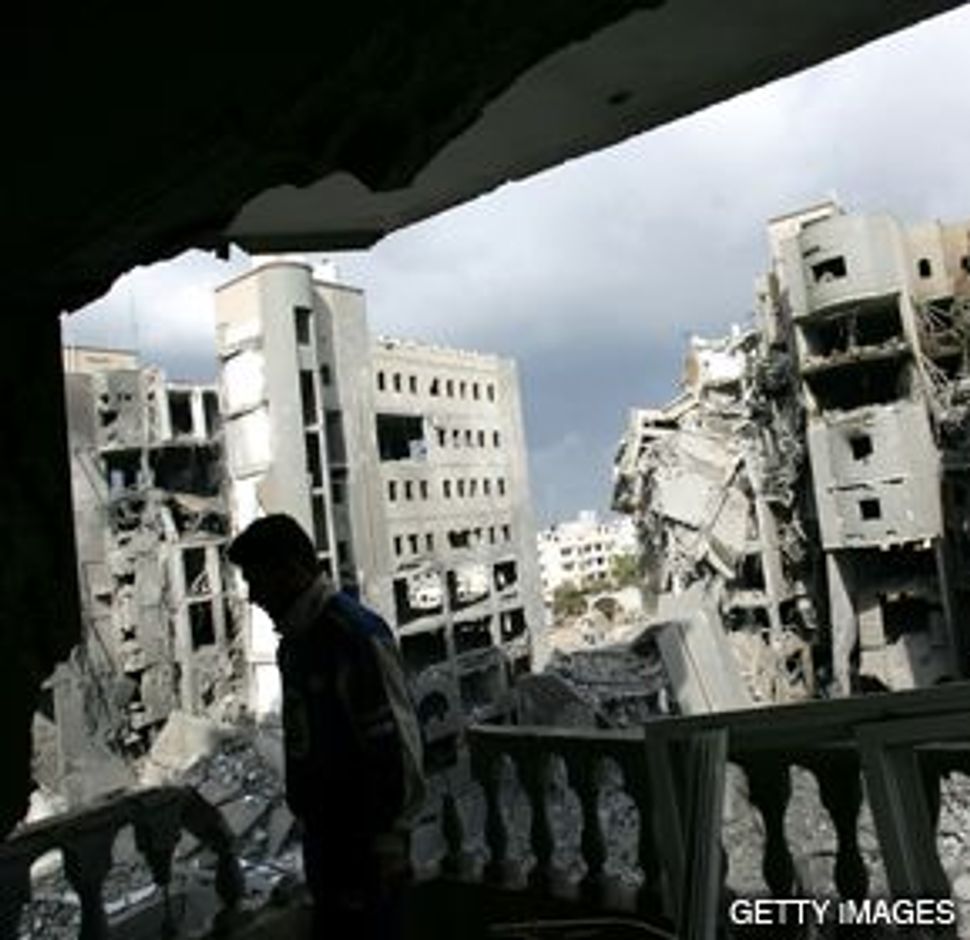 COLLATERAL DAMAGE: A Palestinian man inspects the damage to his home after an Israeli airstrike destroyed a nearby compound of government ministry buildings in Gaza City on December 30.

Tel Aviv, Israel — Wounded residents of Gaza have been refused urgent medical treatment because the Palestinian Authority will not transfer them to Israeli hospitals, the Forward has learned. 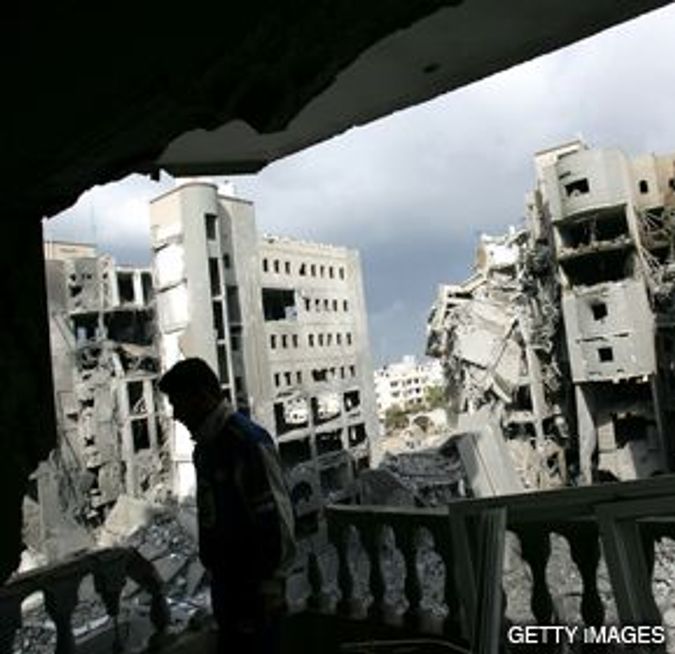 COLLATERAL DAMAGE: A Palestinian man inspects the damage to his home after an Israeli airstrike destroyed a nearby compound of government ministry buildings in Gaza City on December 30.

When doctors at Shifa Hospital in Gaza found out that requests to move five seriously ill patients to Israel had been refused, they presumed that Israeli officials were behind the decision.

It transpired that the Israeli army, which runs the Erez crossing to Israel from Gaza, was letting through wounded people and others in need of medical treatment. The reason that some patients were not allowed transfer to Israel was a decision of the P.A. that all wounded people must be treated in Egypt. This included patients like the five in question, who required specialist attention available only in Cairo, eight hours from Gaza, and were not in a position to make the trip.

In a conversation with the Forward, an authority official declined to specify the reason that it will not send wounded people to Israel, simply stating: “There is a decision to transfer to Egypt. That is a decision of the Ministry of Health.”

He confirmed, however, that the normal practice of sending ill people to Israel from Gaza continued, so long as their treatment did not become necessary as the result of Israeli attacks.

Some in Israel who had been in contact with the P.A. said they were told that the decision was taken on principle — namely, that the P.A. opposed paying Israeli hospitals to treat injuries inflicted by Israel. “The P.A. informed us that it will not pay for treatment of the injured in Israel, because it holds Israel responsible for these injuries,” said Gila Norich, director of development at Physicians for Human Rights-Israel, a not-for-profit organization that was working to resolve the situation.

As the Forward went to press, the Israeli not-for-profit institution the Peres Center for Peace had provided funding to treat two wounded children who were in critical condition. They were being treated at the Sheba Medical Center in Tel Hashomer, near Tel Aviv.

The number of Gaza residents needing treatment in Israel, however was on rise. As of December 31, 2008, according to Physicians for Human Rights figures, the number of patients in Shifa Hospital in critical condition and required transfer to Israel for lifesaving treatment had reached 10.