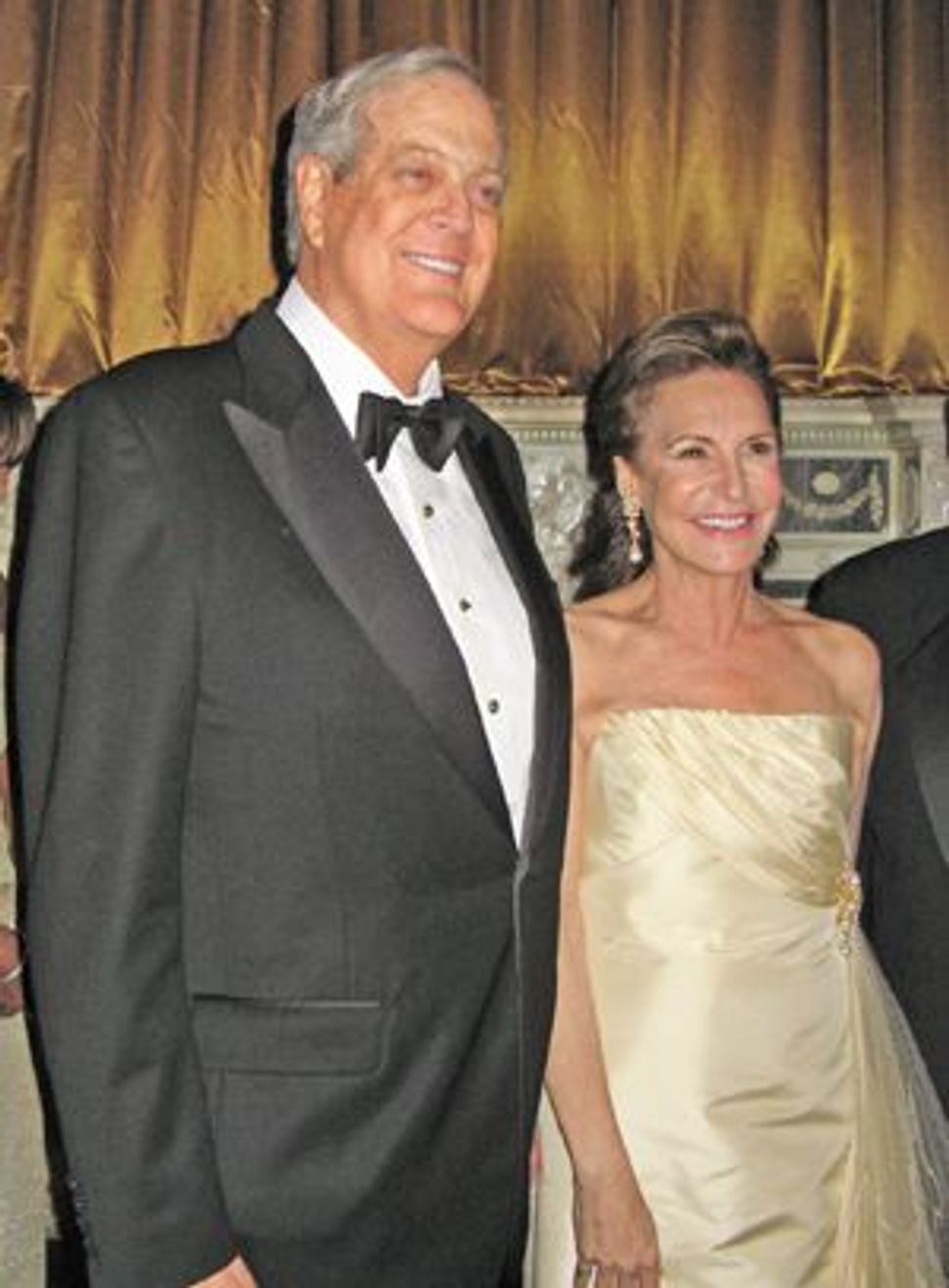 “Fourteen years ago, six parents met in a midtown office. We did not know each other, but we had one thing in common: We all had children who could die from food allergies,” gala dinner co-chair Sharyn Mann said on December 5 at the Food Allergy Initiative Ball, held at the Waldorf Astoria. “Ambulances did not carry EpiPens; packaged foods were not clearly labeled; schools had no procedures for keeping children safe. Today, [thanks to FAI,] all that has changed,” Mann said to the 500 guests who had helped raise $4.5 million for the cause. 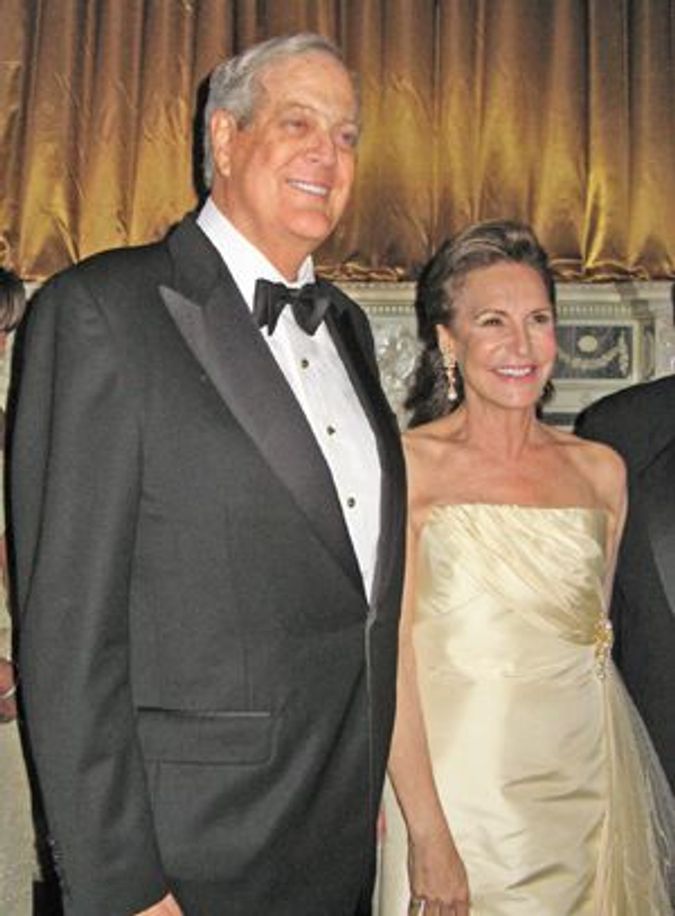 “We are here… to enable food-allergic children to survive and thrive,” dinner co-chair Todd Slotkin said. He explained that 15 million Americans, including 5.9 million children, are affected by food allergies, and then described the promising research being done to help them. Braunstein described the panic he felt “when my son bit into a ravioli [that it turned out] had a lobster filling.” Braunstein echoed his sentiment, saying, “We need to free our children from the fear of taking the wrong bite. My son was rushed to a New York hospital by ambulance.”

Appropriately, the evening’s meal came with a meticulous description of the ingredients of each dish on the menu. The main offering was a Gotham Bar and Grill Signature 28-day dry-aged New York steak with marrow mustard custard and Vidalia onion rings with bordelaise sauce. Couples in 1920s garb danced as we ate, inviting some of us to join them on the dance floor. The evening concluded with a performance by Audra McDonald and Norm Lewis, stars of the American Repertory Theater’s “The Gershwins’ Porgy and Bess.”

A fundraiser celebrating the 100th birthday of Jerusalem mayor Teddy Kollek, hosted jointly by the Jerusalem Season of Culture and the Jerusalem Foundation and held on December 8 at Sotheby’s, was memorable both for the art and for the food. Guests were treated to viewing and pre-bidding for the exhibition and annual auction of ‘Israeli & International Art,’ and the Jerusalem-inspired menu included Moroccan carrot salad, kufta, or meatball, kabob on a cinnamon stick and duck cooked with sweet apricots. Two 2011 Builders of Jerusalem Awards were received, one by philanthropist Sylvia Hassenfeld and the other by James Snyder, director of The Israel Museum. In the event’s journal, Kollek is described as “the ‘great builder’ of modern Jerusalem’ who had once been called ‘the greatest builder of Jerusalem since Herod.’” Re-elected mayor five times (he served from 1965 to 1993), Kollek is the co-author of “My Jerusalem: Twelve Walks in the World’s Holiest City” (Summit Books, 1990). I met Teddy Kollek several times during his visits to New York City, and one exchange with then mayor Ed Koch at the 1990 Israel Film Festival still resonates. After Kollek urged Koch to become a movie star, Koch replied, “I am always available for cameo roles.” He then dubbed Kollek “the sexiest man in Israel.”

In his address, Jerusalem Foundation President Mark Sofer told the 220 guests, “In the city of wonders, even culture has a greater meaning. It is with this in mind that I have nothing but praise to say for the Schusterman Foundation in developing cultural initiatives which strengthen Jerusalem as an open, pluralistic and modern metropolis.” At the Jerusalem Foundation’s 2002 gala, Builder of Jerusalem Award recipient Alan “Ace” Greenberg (then the chairman of the executive committee of The Bear Stearns Companies, Inc.) recalled being asked by Kollek to help fund a project. “The result,” Greenberg said, “was ‘The Esther Greenberg Comprehensive High School and the Greenberg Sports Center in Gilo for all citizens of Israel — Arabs and Jews.” That evening’s second honoree, former chairman of the board of governors of the Federal Reserve System Paul Volcker, lauded the foundation for “doing God’s work” by supporting 1,500 Jerusalem projects. At that gala, Kenneth Bialkin, then vice chairman of Jerusalem Foundation’s board, declared, “We believe in Jerusalem as the center of hope for three major religions.”

I haven’t a clue as to what Isaac Bashevis Singer’s reaction would be to the latest incarnation of his play “Shlemiel The First,” which is currently playing at New York University’s SkiRball Center for the Performing Arts. What we have here is closer to a “Saturday Night Live” reworking of Singer’s tale of a schlemiel (Michael Iannucci) who sets out from his shtetl, Chelm, to impart the wisdom of the shtetl’s rabbis (not one bright bulb among the lot) to the surrounding area. Through a series of misadventures, he returns to his own shtetl, which he assumes is Chelm 2. There he “sins” with the doppelganger of his first wife, Tryna Ritza (delightfully portrayed by Amy Warren).

For me, the Hankus NetSky klezmer score, performed by a 10-member band led by Zalmen Mlotek, was the most authentic and centering aspect of “Shlemiel.” But throughout the show, delightful moments dovetailed with scenes I found off-putting. Naronim means “fools,” yes. But the carricaturish portrayal of the rabbis — clever though it was — made me uncomfortable. It’s true that Singer’s characters are flawed, but having a character called Mendel Shmeckel (a diminutive for “penis”) is a bit over the top for those of us for whom Yiddish is mameloshn. Bravo to costume designer Catherine Zuber, whose quick zip-up costumes, with their sewn-in gargantuan prosthetic bosoms, are worn not only by the women, but also by the rabbis impersonating their wives in what can be described as only shtetl gender-bending shenanigans by Singer.

The production is a joint venture of Theatre for a New Audience, National Yiddish Theater — Folksbiene, the Skirball Center and Peak Performances at Montclair State University. Conceived and adapted by Robert Brustein, with lyrics by Arnold Weinstein, the production was directed and choreographed by David Gordon.