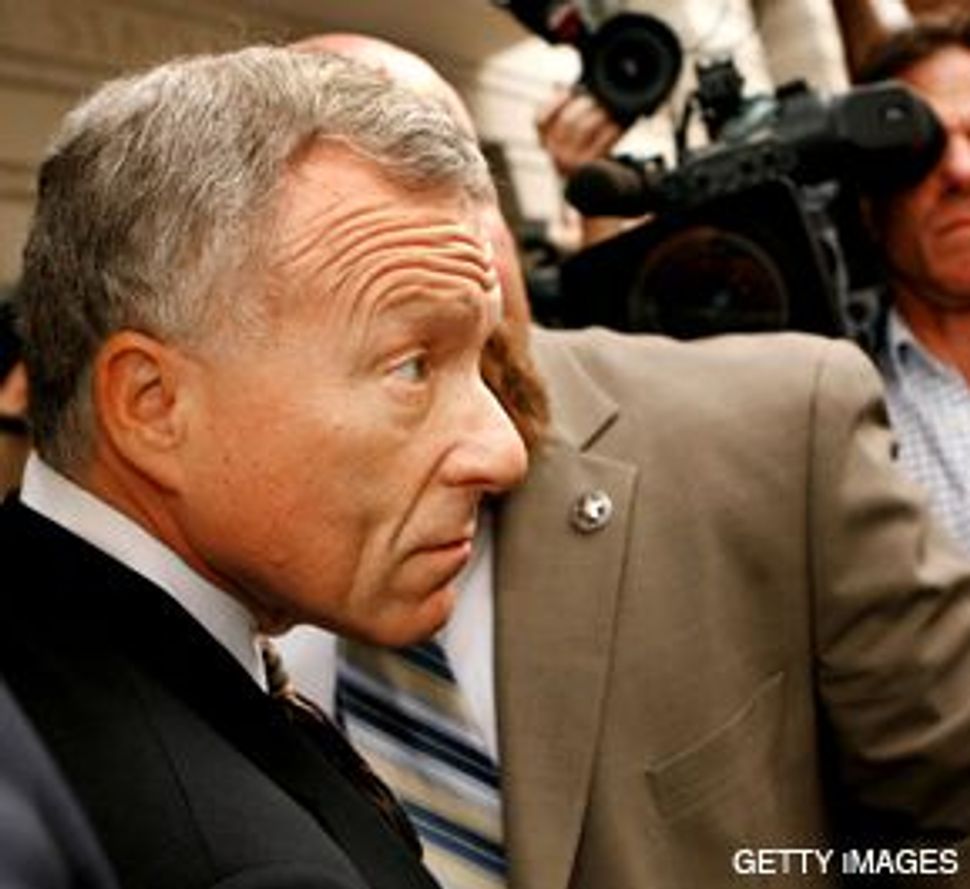 LOOKING FOR SOMETHING: The vice president?s former chief of staff, Lewis ?Scooter? Libby, is among the prominent Jews who may receive a pardon from President Bush.

Even the naughtiest Jews know the commandments against breaking the law. But for those who just couldn’t help themselves, the road to redemption — for the next three weeks, anyway — leads straight through the Oval Office. 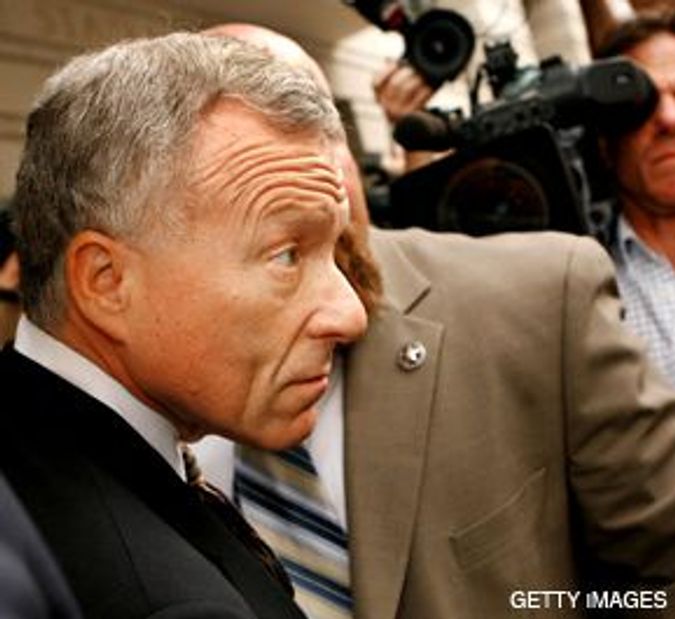 LOOKING FOR SOMETHING: The vice president?s former chief of staff, Lewis ?Scooter? Libby, is among the prominent Jews who may receive a pardon from President Bush.

The pardon season was kicked off with a high-profile Jewish story: President Bush’s pardon of a deceased non-Jewish air force pilot, Charles Winters, who illegally sent arms to the nascent Israeli government during its 1948 fight for independence.

Among the remaining cases before Bush, four involve high-profile Jews who likely have a last chance at clemency with the traditional end-of-term pardons. One of those, Isaac Toussie, is a member of the tight-knit Syrian community. Toussie had an initial pardon granted, and then rescinded, just before Christmas 2008.

Public campaigns have been launched on behalf of Jonathan Pollard, the Navy analyst who was sent to jail for spying on behalf of Israel, and Lewis “Scooter” Libby, a leading neoconservative and former chief of staff for Vice President Dick Cheney. Jewish philanthropist and former junk-bond king Michael Milken had his application for pardon submitted by Washington bigwig Ted Olsen.

Bush’s Justice Department has received a record number of requests for pardon — reportedly more than 650 — but the president has granted relatively few in comparison with his predecessors. Still, supporters of these candidates say that Bush may be the best chance these men have. Rabbi Pesach Lerner, executive vice president of the National Council of Young Israel and a leader in the effort to free Pollard, said: “We have a president who’s a friend of Israel. This is the best opportunity we’ll have for a while.”

Each man has chosen a different path on his quest for clemency. For Libby, supporters in the media, including the editorial board of The Wall Street Journal, are pleading the case for a pardon. Milken, perhaps hoping to rehabilitate his image, has given hundreds of millions of dollars to charity and has sponsored various Jewish institutions. Pollard has had politicians and rabbis go to bat for him.

The path that has received the most scrutiny thus far is that of Toussie. The Brooklyn real estate developer was sentenced to five months in prison in 2003 for mail fraud and for falsifying mortgage documents.

Toussie appeared to make an end run around the Justice Department, hiring former White House lawyer Bradford Berenson, who had access to people close to the president. It also turned out that Toussie’s father, Robert, had given nearly $40,000 to the Republican National Committee and to GOP candidates in 2008.

It was a tried-and-true recipe for gaining clemency: Obtain a politically connected attorney, mix in a sizable donation to the party in power and watch as the usual hurdles toward clemency are bypassed.

But when it comes to redemption, the president who giveth canalso taketh away. Toussie was pardoned on the same day as Winters, December 23, but that was retracted a day later, when news got out about the political donations from Toussie’s father.

P.S. Ruckman Jr., an executive clemency expert who edits the Pardon Power blog and authored the forthcoming book “Pardon Me, Mr. President: Adventures in Crime, Politics and Mercy,” said that Toussie’s experience is not unique: He has found at least a dozen examples of signed presidential clemency warrants that were later voided, revoked or canceled. In almost every case, the subject was eventually pardoned by the same president who had done the rescinding.

“So Toussie still has a chance,” Ruckman said. “An eventual pardon by Bush would not be unprecedented.”

In the Jewish communal world, the case that has attracted the most attention is that of Pollard.

The former U.S. Navy analyst, serving life in prison for passing military secrets to Israel, has been at the center of a high-profile campaign for clemency since the mid-’80s. New York Senator Chuck Schumer, former New York City mayor Rudy Giuliani and former CIA director James Woolsey have all said that they favor a pardon for the ex-spy. Every Israeli prime minister since Yitzhak Rabin has appealed to America’s government for his release.

Pollard’s supporters argue that his 1985 sentence to life in prison was excessive. But officials in America’s intelligence community have long opposed clemency for Pollard, claiming he exposed vital details about how the United States gathers and uses intelligence.

Even with the difficulties these men face, obtaining a pardon from the president still might be easier than achieving redemption in the Jewish sense.

“Repentance and pardon is a divine issue, a matter of Jewish law, and it’s outside the purview of the traditional justice system,” said Lawrence H. Schiffman, Chairman of New York University’s Skirball Department of Hebrew and Judaic Studies. “Could you use some type of Jewish barometer to determine whether a person would deserve a pardon in American law? The guidance would come from whether the person had done things to make restitution. A person must also show that they’ve separated from the illegal activity.”