Her Beachfront Home in Heaven 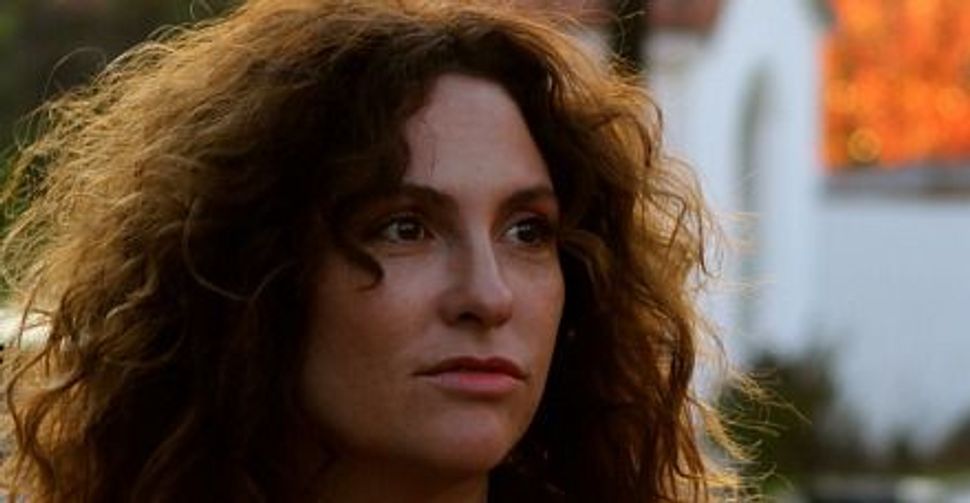 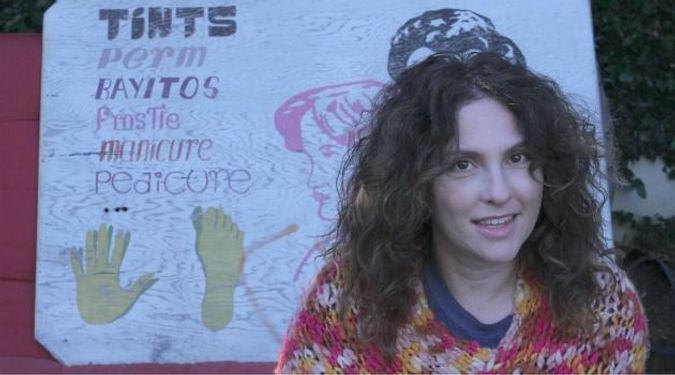 Balanced Life: Jill Soloway is a successful Hollywood writer. But family and faith keep her firing on all cylinders. Image by carol rosenthal

Although she won’t admit it, Jill Soloway had a good year: She sold the scripts of three different pilots to three different networks; East Side Jews, the organization that she founded to foster a Jewish community in her corner of Los Angeles, is thriving; and the week before this reporter visited her attractive home, her short film was accepted into the Sundance Film Festival.

She will admit to an early accomplishment. Her first hit came in the 1990s, when Soloway and her sister, Faith, created “The Real Live Brady Bunch,” staged versions of episodes of the hit ’70s TV show.

“It was a huge success, and there was no writing,” Soloway said over coffee. “All we were doing was taking real scripts and having people act them out.” Still, it got her noticed in Hollywood. “I got a job on ‘The Steve Harvey Show’ and other sitcoms,” she said.

But then came a low point. As the ’90s drew to a close, she had what she calls “a crisis of direction. I had a bad breakup, and I was writing on a show that I hated called ‘Nikki,’ which was the worst sitcom in history.” Most of us in such situations seek comfort with sweatpants and therapy, but Soloway didn’t wallow for long. In 2000, she and a few friends founded Sit ’n Spin, the now-famous storytelling series that is still going strong.

“For me,” she said, “the idea was to recapture a spirit of possibility, to be like: ‘Okay, what do I do again? What’s my voice? What’s funny?’”

Soloway also reignited her career via a happy accident. In 2003, she dashed off a short story about the dorsal grooming habits of actress Courteney Cox. (Its title is unprintable, but you can find it by Googling the author and the actress simultaneously.) Soloway’s agents sent the story to Alan Ball, creator of the hit HBO series “Six Feet Under.” He hired her to write for the show and eventually named her co-executive producer.

As if this weren’t enough, Soloway had further success with her prose. Her essays on feminism, Los Angeles and her Chicago childhood were collected in her 2005 book, “Tiny Ladies in Shiny Pants.” (Arguably, the most enlightening essay in the book is “Why Jews Go to the Bathroom With the Door Open.”)

Today, Soloway fills her time with family. She has two sons, Isaac, who is 15, and Felix, who is 3. Her husband, whom she married in 2008, is music supervisor Bruce Gilbert. Meanwhile, she is rewriting her pilots at the behest of the networks in the hopes that one will be filmed. (In Hollywood, selling a script often means the writing is just beginning.)

“At this point, I want to be on my own show,” she said, noting that she also wants to take on directing projects. With this in mind, she wrote and directed “Una Hora por Favora,” a short film about a Jewish woman who has a romantic tryst with a Latino day laborer. This January, it will be screened as a part of Sundance’s short film program.

“The validation of Sundance is huge for me,” Soloway said. “I actually feel like a director now.”

Her ambition is impressive — especially when you consider that in Hollywood, creative and managerial success is particularly difficult for women to achieve. But Soloway doesn’t seem motivated by the usual desire for money or fame or power. Instead, her drive comes from a deeper place.

“My interest in community is what fuels my work as a writer, more than just wanting to write or just wanting to have a TV show,” she said. “I like to create a community where people want to come and have a good time and do their best work.”

How does one create such a community?

“Through the integrity of the process.… I learned it at The Annoyance Theatre, in Chicago, where we did ‘The Brady Bunch.’ We had these rules like, ‘You don’t say should, you say could,’ when you’re giving somebody feedback. And you never talk bad about a show on opening night; you only celebrate that it happens.”

Soloway’s interest in community grew alongside her commitment to Judaism. “I was one of those people who would be in a bar and someone would say it was Yom Kippur and I’d go, ‘Really?’ Then I had Isaac. I was looking for a nursery school and walked into Temple Israel, and I got this sense that ‘This is where I want to be.’”

Her interest in Judaism was also piqued by her participation in the 2005 Reboot Summit. Every year, the organization Reboot brings together Jews from various fields with the aim of finding innovative ways to disseminate Jewish culture and ideals. Soloway was energized by the collaborative atmosphere and eager to bring that enthusiasm to the east side of Los Angeles.

Thus East Side Jews was born, and it is now organizing events that are having a real effect on the spiritual life of Jewish people in Los Angeles. One such event was last October’s “Down to the River,” a moving version of the tashlikh, or “casting off” of sins ceremony performed on Rosh Hashana. This event brought hundreds to the banks of the L.A. River to talk, contemplate the High Holy Days and, of course, eat.

When asked how she can handle all this — volunteering, a thriving career, a family — Soloway shrugs.

“As much as possible I put my family first,” she said. “And I have a natural ability to do a lot. Or a compulsion. Or anxiety. I use my anxiety to fuel action.…

“I’m very aware that just driving blindly towards money won’t get me anything. I drive blindly towards making the world a better place. I’m relentlessly ambitious about being the best tikkun-olam-er I can be. Or maybe I just want a really big house in the world-to-come,” she said, laughing. “I want beachfront property.”

Her Beachfront Home in Heaven