When ‘Savior of Jews’ is Deeply Flawed 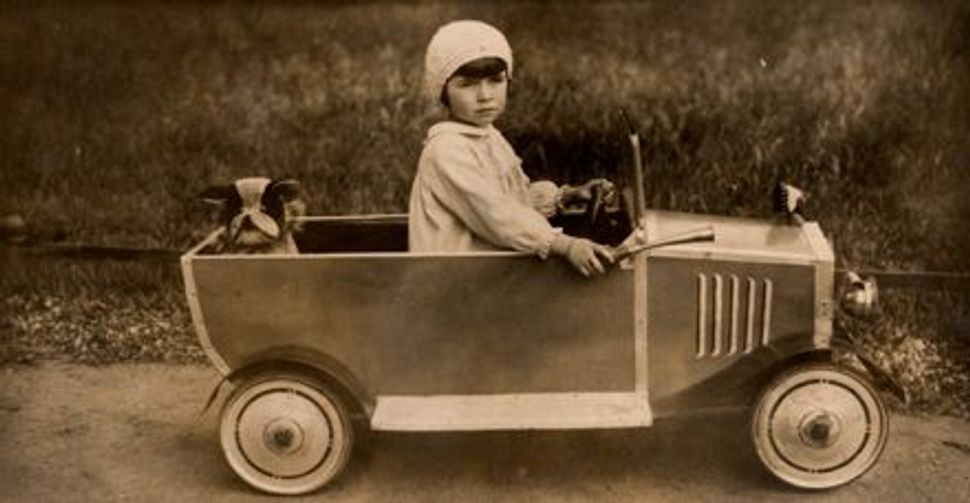 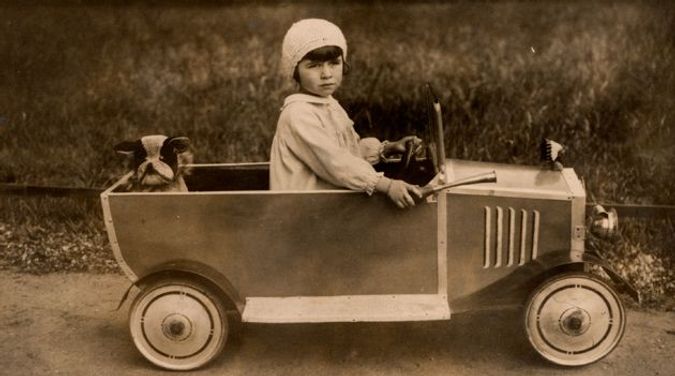 Savior or Anti-Semite? Sonia Pressman Fuentes, shown here in prewar Belgium, says Belgian security official Robert de Foy is not the hero that he has been made out to be. Israel?s Holocaust center is probing the claims. Image by red star line museum

Yad Vashem, Israel’s center for Holocaust research, has opened an investigation into revoking the title of “Righteous Among the Nations” from a Belgian official credited with saving hundreds of lives during the Holocaust.

Robert de Foy, former head of the Belgian security services, was named a “Righteous Gentile” in 1975 for his part in the rescue of hundreds of Jews during World War II.

The exalted title is bestowed upon non-Jews who took great personal risks to protect Jews during the Holocaust.

But Sonia Pressman Fuentes, a prominent American feminist, says de Foy was at best a xenophobe, and at worst an anti-Semite who blocked many Jews trying to flee Nazi Germany — including her own family.

The competing visions of de Foy — one of a Belgian official who risked his career, and possibly his life; the other of a xenophobe who blocked Jewish immigration to Belgium and who was responsible for deporting Jews fleeing the Nazis — underline the often hidden complexity of the “righteous” designation. Only rarely has Yad Vashem revoked the honor.

Fuentes said she was “stunned” when she learned that de Foy had been recognized as a Righteous Gentile. And she contacted Yad Vashem last September, requesting that de Foy’s name be removed from the list.

A Yad Vashem official told Fuentes that the center was already aware of questions surrounding de Foy’s status and had begun to gather documentation to review de Foy’s case.

Estee Yaari, a spokesman for Yad Vashem, told the Forward on January 3 that following Fuentes’s request, de Foy’s case would officially be resubmitted for examination by the Holocaust center’s Commission for the Designation of the Righteous.

The process could take several years.

Fuentes’s parents were Polish Jews who built up a successful clothing business in Berlin over many years. They fled to Belgium from Germany in 1933 after Hitler came to power.

Fuentes said she did not know de Foy’s name until last year, when, during a trip to Belgium, she met Frank Caestecker, a historian of immigration policy at the University of Ghent.

Caestecker showed Fuentes paperwork detailing how de Foy denied her family permission to remain in Belgium and how he recommended deporting them to Poland.

When Antwerp’s mayor, Camille Huysmans, refused to deport the family, de Foy ordered federal police to arrest them, Caestecker said. But the family escaped to the United States, where Fuentes went on to become an important founding figure in the feminist National Organization for Women.

Fuentes said she would not have opposed de Foy’s designation as a Righteous Gentile if her family had been de Foy’s only victims. But when she found out that de Foy had arrested, deported or blocked hundreds more Jewish refugees, she felt she had to speak up.

Caestecker said de Foy campaigned throughout his career for a strict immigration policy and vehemently opposed the Belgian-Jewish lobby because of its work to aid Jews fleeing Nazi Germany.

It includes a file from 1926 — seven years before Hitler came to power — in which de Foy denounced Jews in Belgium seeking to help illegal Jewish immigrants as people “without scruples.”

In April 1938, he complained to the Belgian minister of Justice, P. E. Janson, that “Jewish traders” in Belgium were guilty of “unfair practices” and that Jewish consumers bought from only “people of their own religion.”

A German Ministry of Foreign Affairs record showed that during an October 1938 meeting between Belgian officials and their Nazi counterparts, the Germans remarked, “During the discussion, all Belgian representatives, especially the head of the state security [de Foy], insisted time and again that Belgium could not stand anymore influx of Jews.”

Caestecker believes that de Foy had an “outsized influence” over Belgian border control and immigration policy from 1933, when he assumed leadership of the security police. He said successive Belgian ministers of Justice opposed de Foy’s “xenophobic reasoning and his inhumane attitude toward refugees.”

But Caestecker said it wasn’t until 1938, when a Catholic minister of Justice, Joseph Pholien, assumed office, that de Foy was able to put his anti-Jewish philosophy into practice by arresting 100 Jewish refugees in a secret operation.

Caestecker said 50 Jews were repatriated to Germany and Austria before the Belgian Worker’s Party caught wind of the operation. This caused a furor in the Belgian Parliament, ending the expulsion of Jews.

The depiction is at odds with de Foy’s reputation at Yad Vashem. According to the center’s Encyclopedia of the Righteous Among the Nations, de Foy was instrumental in saving hundreds of Jews after he became secretary general of the Belgian Ministry of Justice, in late 1943.

Many of the inmates of Dossin were destined for Auschwitz. But de Foy, along with another Justice ministry official, León Platteau, encouraged detainees to apply for their release on special grounds, such as ill health or being married to an Aryan.

The pair then petitioned German military authorities on the detainees’ behalf, securing the release of hundreds of people.

For Holocaust scholars, de Foy’s case underlines the difficulties that Yad Vashem’s “Righteous Gentile” designation can pose when the title’s connotation of high spiritual esteem clashes with the actual messiness of history.

Michael Berenbaum, former director of the United States Holocaust Museum Research Institute, said the title has proved problematic since 1963, when the program was launched. “Righteous,” he noted, has religious overtones, implying that an individual is morally pure. Yet many of those who rescued Jews were ordinary individuals acting in complicated times.

Berenbaum said the designation has been further complicated because it applies only to non-Jews who risked their lives to save Jews without the expectation of reward. Therefore, non-Jews who had some measure of immunity against the Nazis, such as politicians, diplomats or high-ranking church officials, have mostly been ignored.

Anti-Semites and Nazi Party members have been recognized as Righteous Gentiles. The most famous example is German industrialist Oskar Schindler, a Nazi Party member who is widely regarded as an unscrupulous opportunist who only later saw the need to rescue Jews.

Mordecai Paldiel, a former director of the Department of the Righteous at Yad Vashem, said many people opposed Schindler’s inclusion among the Righteous because he was a “carpetbagger” who worked for the Nazi establishment. Even the factory at the center of Schindler’s scheme was stolen from Jewish owners.

“If he had saved two or three Jews, he would never have made it [as a Righteous Gentile], because he was too close with the German administration,” Paldiel said of Schindler. “But he saved over 1,200 Jews, and this could not be overlooked.”

Although de Foy was recognized as a Righteous Gentile before Paldiel took over the Righteous department at Yad Vashem, Paldiel said he was familiar with his case.

Paldiel said about three-quarters of Jews in wartime Belgium were immigrants who did not have Belgian citizenship. He said de Foy and Platteau did not just petition on behalf of Belgian Jewish inmates, they also falsified paperwork and overlooked forged papers to help Jews gain Belgian citizenship and avoid deportation.

Paldiel added that de Foy’s antagonism toward Jewish refugees during the 1930s had to be set in context. Belgium, like most depression-hit Western countries, opposed Jewish immigration from Nazi Germany throughout the decade. Paldiel said de Foy’s xenophobia was a reflection of Belgian immigration policy of the time.

During his tenure, Paldiel said, he remembered only about a half-dozen cases where names were removed from the Righteous. They included Ludwig Ferdinand Clauss, who turned out to have been a prominent exponent of Nazi racialist ideology, and Matthias Niessen, a German politician who fabricated a story of rescuing Jews.

Paldiel said the fact that Yad Vashem has referred de Foy’s case to the Commission for the Designation of the Righteous shows that it is taking the charges seriously. But he added that Yad Vashem is very cautious about removing a Righteous Gentile and that such an action has to be “based on new incontrovertible evidence,” which “puts the person in a very bad light with regard to the title.”

Fuentes said she continues to oppose de Foy’s Righteous designation because he actively turned away Jewish refugees. This was, of course, during a period when Nazi policy toward Jews under German jurisdiction took the form of discrimination, intimidation and violence rather than mass extermination, a later turn that few at the time anticipated. Nevertheless, Fuentes said, “He was a force, personally, against the Jewish people.”

Meanwhile, she has asked Yad Vashem to recognize Antwerp mayor Huysmans as a Righteous Gentile.

Caestecker has evidence that in 227 cases, all in 1933, Huysmans refused orders from the Belgian Justice Ministry and de Foy to expel Polish Jews from Antwerp.

When ‘Savior of Jews’ is Deeply Flawed