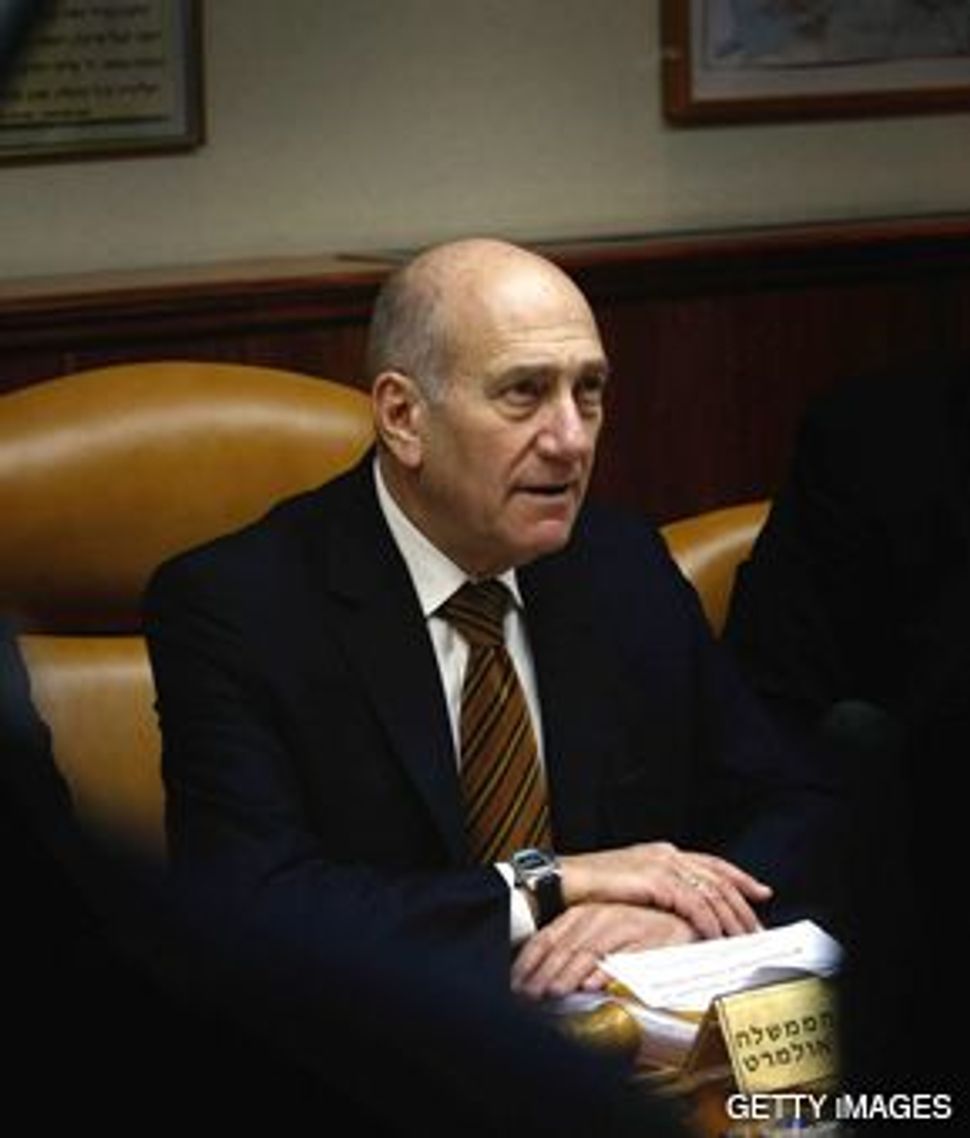 ONWARD SOLDIERS: Israeli leader Ehud Olmert reads a statement at the start of a January 11 cabinet meeting. He has rejected calls, even from his own cabinet, to accept a cease-fire for the conflict in Gaza.

Early in the third week of the Gaza war, Ehud Olmert’s old self took over. No statesman in his right mind would have said what Olmert said in public January 14 about President Bush and Secretary of State Condoleezza Rice. Not to mention a statesman serving as prime minister of a country supported by the United States. 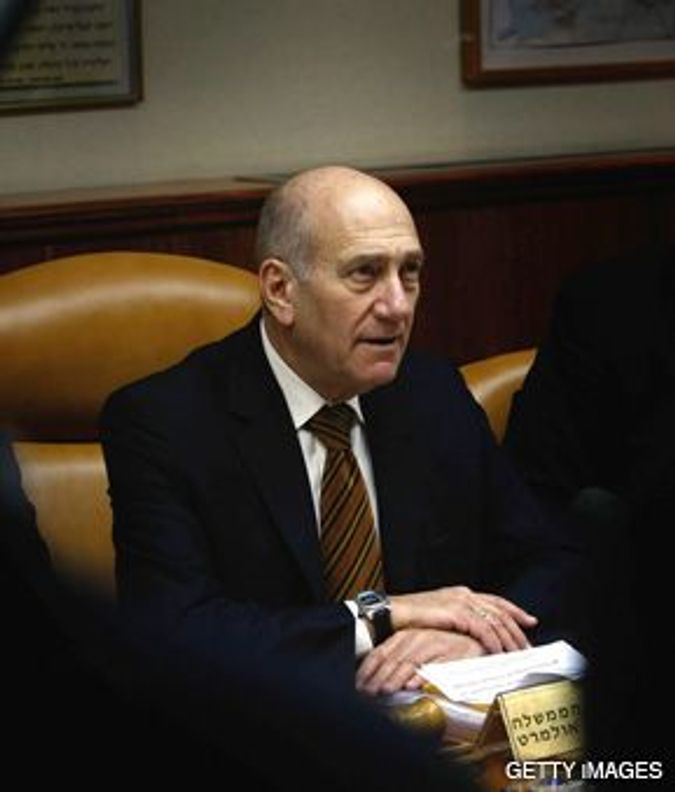 ONWARD SOLDIERS: Israeli leader Ehud Olmert reads a statement at the start of a January 11 cabinet meeting. He has rejected calls, even from his own cabinet, to accept a cease-fire for the conflict in Gaza.

The problem wasn’t only in the prime minister’s boastful statements, but in his arrogant approach. His was an approach that said, in effect, this is a wonderful war. It was an approach that whispered that this wonderful war could go on longer and longer, an approach leading Olmert to consider seriously expanding the war, taking over the Philadelphia route on Gaza’s border with Egypt, and conquering the border city of Rafah.

In 1970, Israel was immersed in an exhausting war of attrition with Egypt across the Suez Canal. At the beginning of that year Israel achieved a decisive advantage over the Egyptian enemy, thanks to the Phantom jet fighter planes received from the United States. But Israel was not satisfied with this. Having achieved its advantage over the canal, it went on to bomb strategic targets deep inside Egypt. That was one step too far. It prompted the Soviet Union to equip Egypt with anti-aircraft missiles, which neutralized the Israeli advantage and turned a victory on points into an embarrassing tie. Three years later this tie begat the Yom Kippur War.

There is a simple rule in Israeli strategy, laid down years ago by founding prime minister David Ben-Gurion: Don’t pull the rope too tight. Use force only when it’s necessary.

Israel, Ben-Gurion always reminded himself, is not a superpower. It cannot wage ambitious, imperialistic wars and hope to subdue its rivals absolutely. It must make do with precise, measured goals. Deter the enemy, ensure calm in a general way and postpone the next war as long as possible.

In the first two weeks of Operation Cast Lead, as the Gaza operation is known, the Ben-Gurion style logic worked. The Israel Defense Forces struck Hamas, deterred it and created a military basis for a diplomatic arrangement to stop the fire and reduce weapons smuggling. Israel made it clear to its neighbors, at a great price in human life, that it is still strong and is determined to defend itself. But in the war’s third week, the operation began deviating from its initial goals and strategic significance. It then became clear that if the operation were not stopped quickly, it could lead to that additional step that would take it too far.

The temptations were powerful. The field commanders were determined and the belligerent politicians were pressing. The public wanted a decisive victory and the captain was eager for a legacy that would cleanse his record. Militarily, the operation was moving from one success to another. The desire to reach a decisive success, one that would change reality forever, was strengthening.

These are dangerous temptations, as Israel’s leaders should have learned by now. As in 1970, they could embroil Israel in a boomerang move, whose perils are immeasurably bigger than its prospects. There comes a moment in any war in this region where the balance tips, and any thought of increasing the fire power might ignite a terrible conflagration.

Olmert is a courageous man. His courage enabled him to make critical decisions that benefited Israel over the past two years. But sometimes Olmert is too courageous. Sometimes he acts like a gambler. Some time in mid-January, he began increasingly to resemble that bettor who won the jackpot more than once, but did not know well enough to get away from the table in time.

It was at this point that the prime minister’s friends and associates tried to tell him it was time to leave the table, to end the war. His chief deputies, Foreign Minister Tzipi Livni and Defense Minister Ehud Barak, began pressing him to declare a cease-fire, to let the various mediators and negotiators hammer out a deal with Hamas while Israel retained the advantage it had gained and whatever good will it had left. Its top military commanders, the General Staff, were making the same case — silence the guns, don’t press the advantage. Olmert dismissed them all and pressed on.

The Barack Obama era is about to begin in the United States. Israel cannot afford to enter the Obama era with its forces mired in the military, human and moral mud of Gaza. Attacking Hamas was an important challenge for Israel, but it is not the most important task Israel faces. Israel needs to put Operation Cast Lead behind it, hold onto the limited achievements it has secured, and prepare, with Obama, for the things to come.