What Does Schechter Decline Mean? 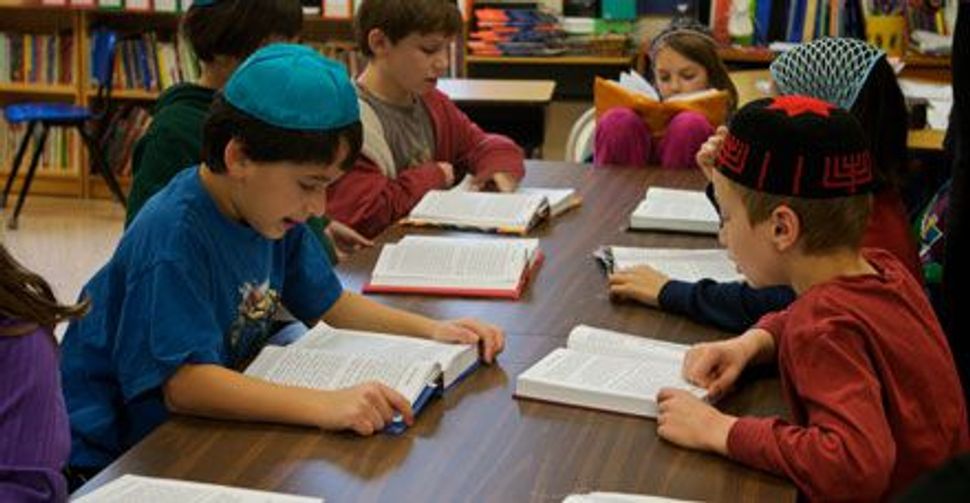 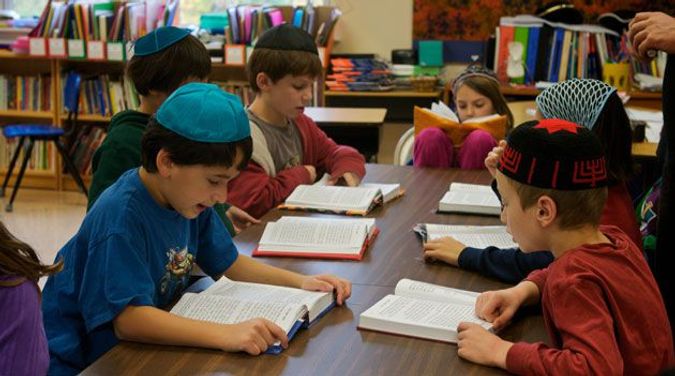 Daily Minyan: Third graders read from their prayer books at the Lander Grinspoon Academy in Northampton, Mass., where enrollment has increased, bucking the national trend. Image by Shana Sureck

Long considered a crown jewel of the Conservative movement, the Schechter Day School Network is fast contracting — its enrollment dwindling and its schools being closed, consolidated and, increasingly, transformed into nondenominational community day schools.

Since the late 1990s, the network has lost about a third of its schools, a handful of which haven’t closed, but rather have shed the Schechter label and the denominational affiliation. This trend is widely seen as emblematic of the problems plaguing Conservative Judaism, which in recent years has experienced a slide in synagogue membership.

“If the Schechter schools continue to decline, it’s because of the decline of the Conservative movement,” Marvin Schick, a Jewish educational consultant who studies day school demography, told the Forward. “There is a feedback relationship. Each decline feeds further decline.”

According to a recent Forward analysis based on Schick’s studies, the number of Schechter schools has shrunk to 43 — down from 63 in 1998. Combined enrollment is now at 11,338, representing a 35% drop during that same time period.

Schechter’s challenges were a topic of several workshops at the North American Jewish Day School Conference, held in Atlanta from January 15 to 17. The conference also addressed such issues as funding services for special needs students, integrating technology into curricula and growing endowments.

In recent years, five schools once affiliated with Schechter have left the network for the Ravsak Jewish Community Day School Network; one of those schools has since closed its doors, and the prominent Charles E. Smith Jewish Day School in Rockville, Md., has dual affiliation. Ravsak’s executive director, Marc Kramer, said that he is in conversation with three other Schechter schools about joining the network of 121 member institutions.

He said the Schechter schools that have joined his network have done so for “a combination of philanthropic and pragmatic reasons.” Some find it easier to make a case to major funders as Jewish institutions not bound by movement doctrine, he said.

Gerald Skolnik, who is vice president of an international association of Conservative rabbis, the Rabbinical Assembly, and a board member at the Solomon Schechter School of Queens, said that in this post-denominational era, the Conservative movement gets a bad rap — and unfairly so. But as a result, “there has been some toxicity with saying that these are Conservative Jewish schools,” he said.

“People are much less focused on the label of Judaism than on the way they practice,” Skolnik said.

At the Hillel Day School of Metropolitan Detroit, the desire to be more inclusive informed the decision in 2008 to switch from Schechter to Ravsak. “The board felt there should be no real or perceived barriers to Hillel Day School based on affiliation,” and that aligning itself with a particular movement created a potential barrier, said Steven Freedman, the head of the school.

In an effort to reverse the decline and reach out to those families who wouldn’t otherwise consider a Jewish day school, much less one associated with the Conservative movement, Schechter recently unveiled a $250,000 rebranding effort. The campaign, funded by the UJA–Federation of New York, positions Schechter as a place where students “engage the world.” The materials portray Solomon Schechter, the network’s namesake, as an “adventurer” who “unites passionate spirituality with rigorous scholarship.” The brochure mentions Conservative Judaism just once — in the United Synagogue of Conservative Judaism logo on the bottom of the back page.

According to Elaine Cohen, director of the Schechter day school network, linking Schechter with Conservative Judaism wasn’t helpful in school marketing, even though Schechter stays committed to the movement. The branding campaign, she said, was initiated by a 2008 UJA-Federation of New York study showing that Jewish parents in Manhattan and Long Island see no distinctions between Orthodox schools and non-Orthodox schools.

“For parents who are exploring the possibility of Jewish day school, when they see that they often react with, ‘It’s too religious. That’s not me,’” she said. “So we want to keep the door open.”

United Synagogue of Conservative Judaism’s executive vice president and CEO Rabbi Steven Wernick wrote in an email to the Forward that the rebranding materials don’t serve to distance the network from the movement, but rather to promote some of the more universal aspects of Conservative Judaism. “By personalizing Solomon Schechter the explorer and researcher, the initiative allows us to highlight the core elements that are Conservative Judaism: learned and passionate, authentic and pluralistic, joyful and accessible, egalitarian or traditional,” he wrote.

Wernick said he was confident that the Schechter network would continue to be Conservative affiliated and that the movement’s congregational arm, which he leads, was committed to revitalizing the day school network.

Schechter schools aren’t alone in facing enrollment challenges, to be sure. Non-Orthodox Jewish day schools of all kinds are experiencing stagnant or declining numbers. According to the Forward analysis — based on reports published by the Avi Chai Foundation — non-Orthodox day schools have seen their combined enrollment rise by just 1,733 in the past decade.

While Ravsak now represents several former Schechter-affiliated schools, some independent schools are also struggling, according to Schick. “It is not the kind of thing where it is cold on the one side of the street and the weather is balmy on the other side of the street,” he said. “What is happening in American Jewish life affects more than the Schechter movement, it affects the constituencies from the Ravsak schools.”

Part of the problem is the hefty tuition that some Jewish day schools charge. According to Schick, non-Orthodox day school tuition ranges from $12,000 to upward of $30,000 annually. In the New York area, the costs can climb even higher. At the Solomon Schechter School of Manhattan, for instance, tuition ranges between $34,600 and $36,700.

Others see Jewish day schools as lacking the rigorous academic standards of private preparatory schools, and others still report being turned off by day schools’ reluctance to enroll students that have special needs.

Despite the general trend, day school networks are quick to tout their success stories — and Schechter is no exception. Its Lander Grinspoon Academy in Northampton, Mass., has grown its enrollment in the past five years to just under 100, from 79. That school’s principal of Judaic studies, Deborah Bromberg Seltzer, attributes its growth to its efforts to integrate itself into the local Jewish community. “By the time parents are making kindergarten decisions, they know we exist,” she said.

The Lander Grinspoon Academy was also the recipient in 2011 of the competitive Partnership for Excellence in Jewish Education award. The school received $25,000, no strings attached, after it implemented an innovative fundraising program.

When asked if she intended on using the Schechter network’s new marketing material, Bromberg Seltzer said she wasn’t sure.

“We’re a little unusual in that we have a lot of families who never in a million years would have imagined that they would be sending their kids to a Jewish day school,” she said. “For us, I think we market ourselves differently. We rely on word of mouth.”

What Does Schechter Decline Mean?