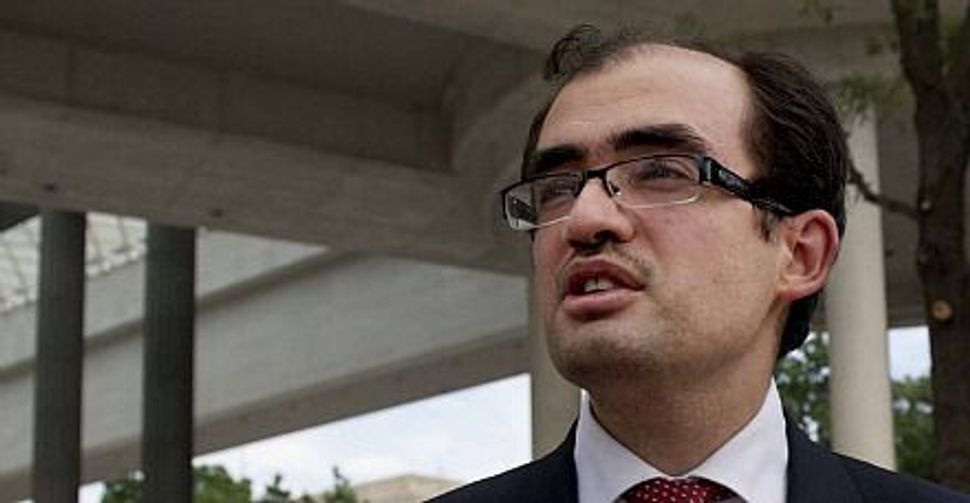 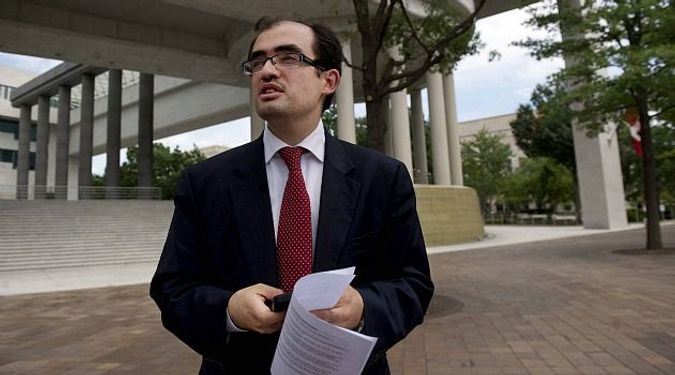 Battling To Be Heard: Syrian exiles are trying to get Washington?s attention for their struggle. Image by getty images

They may be disunited and unskilled in the ways of Washington, but as carnage continues in Syria, exiled Syrian dissidents in the United States are urging the Obama administration to actively support opposition forces struggling to bring down the regime of Bashar al-Assad.

A loose network of activists — some newly arrived, but most part of an established Syrian exile community — are urging the administration to set up a safe zone within Syria on the country’s border with Turkey. This could provide shelter for dissidents being hunted down by the Assad regime, but would almost certainly require some form of military intervention by the United States.

Though pursuing their advocacy thousands of miles from home, the Syrian activists are not clear of danger. As the conflict between the Syrian government and dissidents has intensified, they say the struggling Damascus regime has increased its effort to discredit the émigrés as American puppets and to intimidate them by harassing family members left behind.

“The Syrian Embassy here was operating as a security branch of the Assad regime. They sent reports to Damascus about all my moves, and after that my mother was interrogated by the security forces,” said Radwan Ziadeh, a Syrian dissident who has been advocating on behalf of the Syrian opposition.

The Syrian uprising, which broke out as part of the Arab Spring last March, has cost the lives of more than 5,000 activists so far, according to the United Nations, and is far from nearing its end. Forces loyal to Assad forcefully lashed out at protesters, and a monitoring mission sent to Syria by the Arab League was unsuccessful in stopping the bloodshed.

Over the past 10 months, the United States has gradually stopped expressing concern and now openly demands that Assad step down. The United States has also embraced the Syrian opposition. Secretary of State Hillary Rodham Clinton has made a point of meeting publicly with exiled dissidents. But the administration has stopped short of even suggesting any forceful intervention, preferring instead to see the Arab League take a leading role in dealing with Syria.

Syrian Americans, a community estimated at 300,000, have mobilized in response to the events back home. But the community has yet to galvanize around any of the three main opposition groups — the National Council of Syria, the Syrian National Coordination Committee or the Free Syrian Army. With no central organization coordinating Syrian Americans’ advocacy efforts, a dozen or so pro-democracy Syrian groups now operate in the United States alongside individual activists who work outside the groups.

“In the Syrian community, dissidents were always isolated,” said Ammar Abdulhamid, who has been in exile in the United States since 2005. “Because of this reality, we had to develop our own identity.”

In the period preceding the Arab Spring outbreak, the Syrian community saw an infusion of opposition figures and political activists who fled Syria in recent years and are now leading the call on behalf of the opposition movement.

Abdulhamid and his fellow dissidents divide their time between supporting the opposition in Syria through social networking and spreading information and lobbying American decision-makers and the American public on the need for a more active role for the United States. They tread a thin line, trying to prod Washington to action, but on the other not wanting to be seen as driving the United States to war.

“We believe it doesn’t have to be a Libya-style bombing campaign,” Abdulhamid said. What most activists are asking for is a supply of light weapons to the opposition, a maritime blockade to stop the Syrian military from rearming and the establishment of safe zones near the Syrian-Turkish border. These zones could provide shelter to activists and refugees, but would require the declaration of no-fly and no-access rules and the potential use of military force to carry them out.

The administration has rejected such proposals, making clear that, among other things, it lacks the international backing it had during the uprising in Libya. “It’s important to note that no member of the Security Council is advocating for military intervention in Syria, as the Arabs did when they initiated the action for Libya,” Susan Rice, America’s ambassador to the United Nations, said in a January 23 meeting in New York with the American Jewish Committee.

Mark Dubowitz, executive director of the Foundation for Defense of Democracies, which supports. military action by the United States to maintain democracy in the Middle East, lamented this position. “People think you need a perfect situation, like we had in Libya, before we intervene,” he said. “Unfortunately, Libya has become the threshold test, and if that’s what we are waiting for, it will never happen.”

Ziadeh has been unable to return home to Syria since 2007, when the government issued an arrest warrant for him shortly after he came to the United States. With several other activists, he founded the Syrian Center for Political & Strategic Studies, a think tank and advocacy group dedicated to advancing democracy in Syria. The center’s push for increased pressure from America on Assad includes meetings with members of Congress and administration officials, and appeals in the media to move the Syrian issue to the front burner.

“Obviously, the administration has taken some excellent steps,” Ziadeh said, “but since calling for Assad to step down in September, the U.S. has been leading from behind. If we miss the opportunity now, it will never come again.”

Ziadeh, who openly met with Clinton last August, said he was called to a meeting at the Syrian Embassy in Washington and told that information on his anti-government activities had been sent to security forces in Syria. He said his mother was interrogated and informed that if she told her son “to be silent,” she would be granted an exit visa to visit him. A call to the Syrian embassy seeking comment on Ziadeh’s claim was not returned.

Ziadeh is one of the few Syrian activists to communicate with American Jewish groups. He appeared twice at events organized by the AJC, a group that has taken a leading role in supporting Syrian opposition. A video of one of his speeches was posted on YouTube, presumably by pro-regime activists, with a title describing Ziadeh as a spy.

Two Syrian dissidents in the United States who gave an interview to Israel’s daily Yediot Aharonot without disclosing their identity are now in hiding after the state-run TV in Syria exposed their names and accused them of treason. The report also included a fabricated letter in which the newspaper supposedly acknowledges their identity.

Abdulhamid said that talking to Israelis and to Jewish groups is a matter of controversy within the Syrian exile community, but he is among those who maintain contacts with Jewish activists in Washington. “It’s true that at times we are demonized when we do so, but we forget that if we want our rights, we need to communicate,” he said. “We need to develop diplomatic skills.”