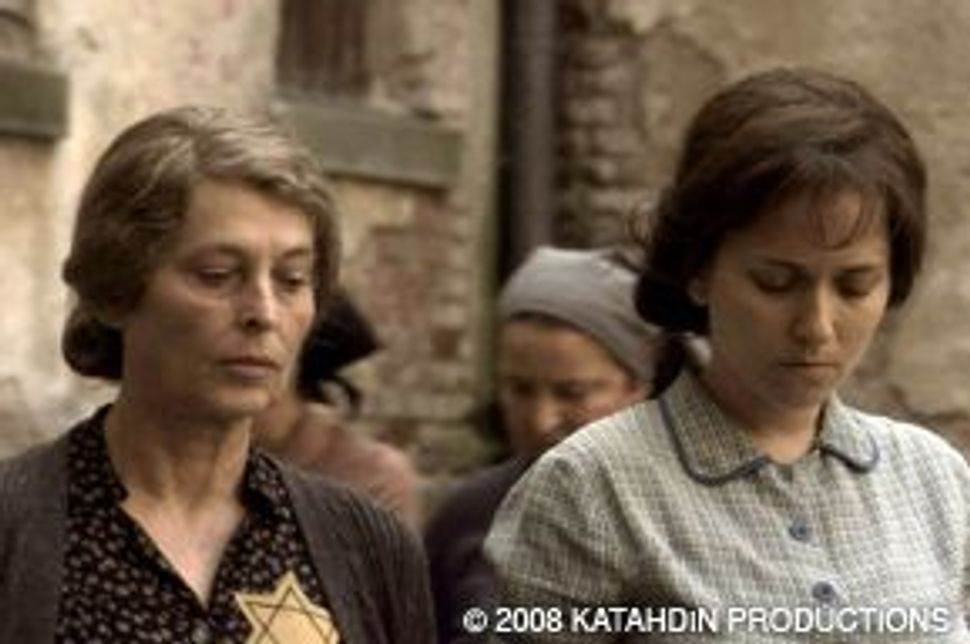 REVISITING HISTORY: The documentary, ?Blessed is the Match,? tells the story of Hannah Senesh (played by Meri Roth, right) and her mother Catherine (Marcela Nohy´nková).

Compared with Anne Frank, her most obvious counterpart, Hannah Senesh is relatively unknown in America, but she is a hero of saintly proportions in Israel and in the Zionist youth movement. “Blessed Is the Match: The Life and Death of Hannah Senesh,” a recently released documentary film directed by Roberta Grossman, seeks to change this. 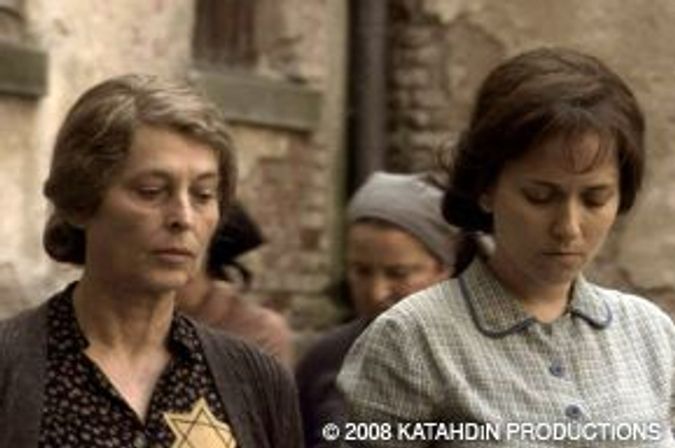 REVISITING HISTORY: The documentary, ?Blessed is the Match,? tells the story of Hannah Senesh (played by Meri Roth, right) and her mother Catherine (Marcela Nohy´nková).

The movie weaves history and biography to tell the life story of the young bourgeois poet turned kibbutznik poet, who left her family and immigrated to Palestine from Hungary in 1939, as the failure of Jewish assimilation became rudely and then cruelly clear. She parachuted into Yugoslavia five years later, on a mission with the British army to make contact with Eastern European partisans and to save Jews from the Holocaust. At 23, Senesh was captured by members of the pro-Nazi Arrow Cross Party. She was subsequently tortured and executed by the Gestapo.

“Blessed Is the Match” is her last and most famous poem, which she dashed on a piece of paper before slipping across the border into occupied Hungary:

*Blessed is the match consumed in kindling flame. *

*Blessed is the flame that burns in the secret fastness of the heart. *

*Blessed is the heart with strength to stop its beating for honour’s sake. *

*Blessed is the match consumed in kindling fame. *

With this image, Senesh effectively wrote her own obituary. Arriving in Yugoslavia five days before the Germans entered Hungary, the rescue mission failed before it could properly begin. Grossman’s film acknowledges this, but doesn’t take issue with the popular conclusion that has become the mission’s legacy: that as a symbol of courage and idealism in the face of impossible odds, it was a triumph.

In making the film, the director’s goal was to create a truthful and honest portrait of Senesh. Nothing in the movie is “made up,” Grossman said adamantly in a phone interview. Over the course of three years, the crew tracked down and interviewed Hannah’s cellmates, fellow kibbutzniks from Sdot Yam, surviving parachutists and even Shimon Peres, the president of Israel. Grossman’s script, written by Sophie Sartain, was approved by Senesh’s nephew Eitan Senesh, who manages her archives. The director was given access to boxes of letters and more than 1,300 photos, many of which Hannah took. The majority of the documentary is scripted verbatim from these sources, with re-enactments of incidents described in letters interspersed throughout the film.

In a scene during her imprisonment, Senesh draws a Star of David in the dust of her cell window. She is the match in her poem that burns unflinchingly and gives itself freely to the fire, and Grossman admitted that she struggled with how to move beyond such admirable but stock heroism to bring out Senesh’s character. It’s an issue that the 50-year-old director has grappled with since reading “Hannah Senesh: Her Life and Diary” in junior high school.

When Grossman discovered the memoirs of Senesh’s mother, Catherine Senesh, years later, she found an emotional crux with which to break open Hannah’s story. Catherine was imprisoned as leverage in her daughter’s interrogation, and this maternal viewpoint, given voice by three-time Oscar winner Joan Allen, was deeply moving and poignant. In this way, “Blessed Is the Match” is a compelling mother-daughter love story.

With this emphasis, however, there is a danger, especially with the re-enactments, of veering from documentary to Hallmark Movie Channel docudrama. “People break out in hives when you say the word ‘re-enactment,’” Grossman said. “But I always say, you don’t hate re-enactments, you hate bad ones.” If that’s the case, then on the whole, the dramatic scenes in “Blessed Is the Match” are successful, if not completely seamless. The necessity for the re-enactments (which are set to music or voiceovers while the actors remain silent) as a device for telling the story as it unfolds in the prison is clear. The archive photos, fascinating in their own right, also help adjust the viewer’s mind to the acted scenes. A photo fades, and the live version holds the frame for a moment, the actors wearing the same costumes and expressions as their real-life counterparts in the pictures.

It is the interviews, however, that do the most to make the saintly figure of Senesh more human, by showing how difficult she could be. Her idealism is so intractable, and her beliefs so black and white, that you get a sense of how all this is related directly to her youth, making her death even more poignant.

Reuven Dafni, one of the surviving parachutists, was the last person to see Senesh alive. It was he who was entrusted with a scribbled-on piece of paper before she crossed the border. (Dafni dropped the paper in the bushes and left, with the unromantic but understandable frustration that the threat of imminent death was no time for passing notes. He went back later and found “Blessed Is the Match.”)

“I don’t want to spoil the image of Joan D’Arc,” Dafni said, accent heavy as he recalled Senesh. Staring into the camera through aviator eyeglasses, he paused with exquisite timing: “But I didn’t like her.”

He pauses again. “I admired her.”

*Sarah Kessler is an Anglo-American journalist living in New York. *