Rubbing Elbows With Famous in Davos 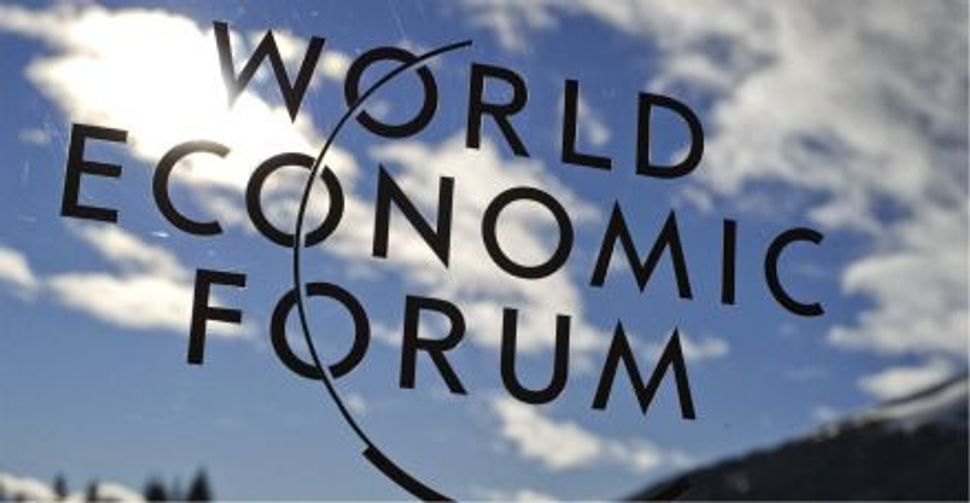 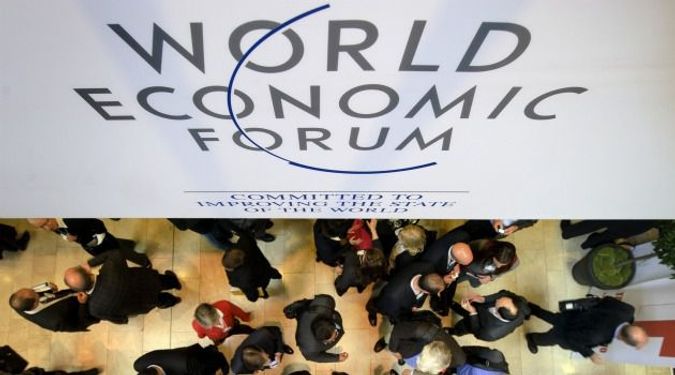 Place To Be: Davos Shabbat attracts the best and brightest. The Friday night dinner has been held for about 15 years. Image by getty images

When the initial toasts at a dinner are for world leaders, global business luminaries and Nobel laureates sitting a few feet away, you know you’re in the right place.

Davos Shabbat, held every year at the World Economic Forum in Switzerland, is one of the hottest invites at the annual gathering. It always draws the world’s most influential stars in politics and business. But this is no typical party.

When Israel’s minister of defense, Ehud Barak, walked into the dining room on January 27, he was mobbed by everyone wanting to shake his hand. He stood by a table, eating cocktail olives, and chatted with anyone allowed to get past the quiet but slightly intimidating plainclothes security guards. Everyone seemed to kick into full-on bar mitzvah mode: power-schmoozing mixed in with “They need more hors d’oeuvres” kvetching.

This was my third year attending the WEF, which brought together 2,500 political, business and academic leaders from 90 countries to try to shape an agenda to solve global and regional problems. In 2010, when Fox Business Network first assigned me to attend, I looked forward to the major headlines sure to emerge when names like German Chancellor Angela Merkel; French President Nicolas Sarkozy; U.S. Treasury Secretary Timothy Geithner, and Microsoft’s Bill Gates put forth their ideas to help solve the world’s most pressing issues.

But I soon learned that the party circuit is perhaps just as legendary. It’s where important conversations and crucial networking happen, as well. So how did I get invited to what is known as one of the most exclusive Davos events? My first year, I interviewed Stanley Bergman, CEO of the medical products supply giant Henry Schein, and afterward he invited me to be his guest at the Davos Shabbat the next night.

“There’s a Davos Shabbat?” I asked. “Oh yes. You must come,” he said. “You’re a nice Jewish girl from California and a Fox journalist. President Peres would be delighted to meet you.” President Peres? I couldn’t have been more thrilled to share a Sabbath meal with the Israeli leader. That year, many of us were moved to tears when Nobel Peace Prize laureate Elie Wiesel led us in singing the Israeli national anthem.

The dinner each year attracts the best and the brightest, thanks in part to WEF Chief Operating Officer Kevin Steinberg’s dogged planning and welcoming demeanor. Steinberg says he inherited the responsibility for the dinner about eight years ago, though it has been an annual affair at the WEF for about 15 years. This year, after Steinberg greeted the crowd, his wife, Michelle Barmazel-Steinberg, stood and announced, “We’d like to welcome all the Nobel laureates here: President Shimon Peres, [biologist] Bob Horvitz and [astrophysicist] Saul Perlmutter.”

In a classic Jewish moment, she paused and quipped, “In this crowd, I have to ask: Anybody else?” to which someone from the back confidently yelled, “Next year!”

Randi Zuckerberg, sister of Facebook chief Mark Zuckerberg, then led attendees in singing “Shalom Aleichem.” Her talent as a singer wowed the crowd, as it has here for several years now. Jacob Frenkel then chanted the blessings for the wine and bread. Shortly after the dinner of egg noodle tagliatelle and vegetable kabob began, it was Peres’s turn to speak.

It was lost on no one there, including Peres, that this incredible gathering — particularly in Switzerland, which had remained frustratingly neutral during World War II, though on this night the Swiss were gracious and welcoming hosts — was an affirmation of the Jews’ resilience.

“I remember when Israel was not a state, but a doubt,” Peres said.

He let that sink in, and then continued: “I saw so many impossible situations. Israel had no water. We have two seas — one dead, one dying. We had nothing. Not food, not oil, not a land that could enrich us. It was and has been through our history the human being — human talent — that has spurred our survival and success.”

Next, Barak stood to speak, beginning with a little humor.

“There’s an old Yiddish saying: Be healthy, because troubles will not be in short supply!” The crowd laughed.

“Israel is healthy and strong, but troubles are not in short supply,” he said, giving a nod to the political earthquakes in the Middle East stemming from the “Arab Spring.” He then turned to the issues of unemployment, inflation and angst in Israel.

“It shouldn’t be that it takes young Israelis who work hard some 10 years to buy even a little apartment. It is fair for them to say, he continued, ‘You, the leaders, are not living up to our expectations.’

“We need a more sincere dialogue between citizens and politicians,” he said.

After rousing applause, he started to leave the podium and then quickly returned.

“Oh, and Stanley Fischer [of Israel’s Central Bank] would like me to mention that Israel is a wonderful place, so please invest,” he added.

As I left the dining room, I ran into JPMorgan Chase & Co. CEO Jamie Dimon in the hotel lobby. “Liz, you’re Jewish?” he asked, observing my very Irish-looking red hair and green eyes.

After that Davos Shabbat, I couldn’t have been prouder to answer: “You bet, Jamie. 100%.”

Liz Claman is an anchor for Fox Business Network.

Rubbing Elbows With Famous in Davos