Madoff’s Lawyer Plays Both Sides of the Court 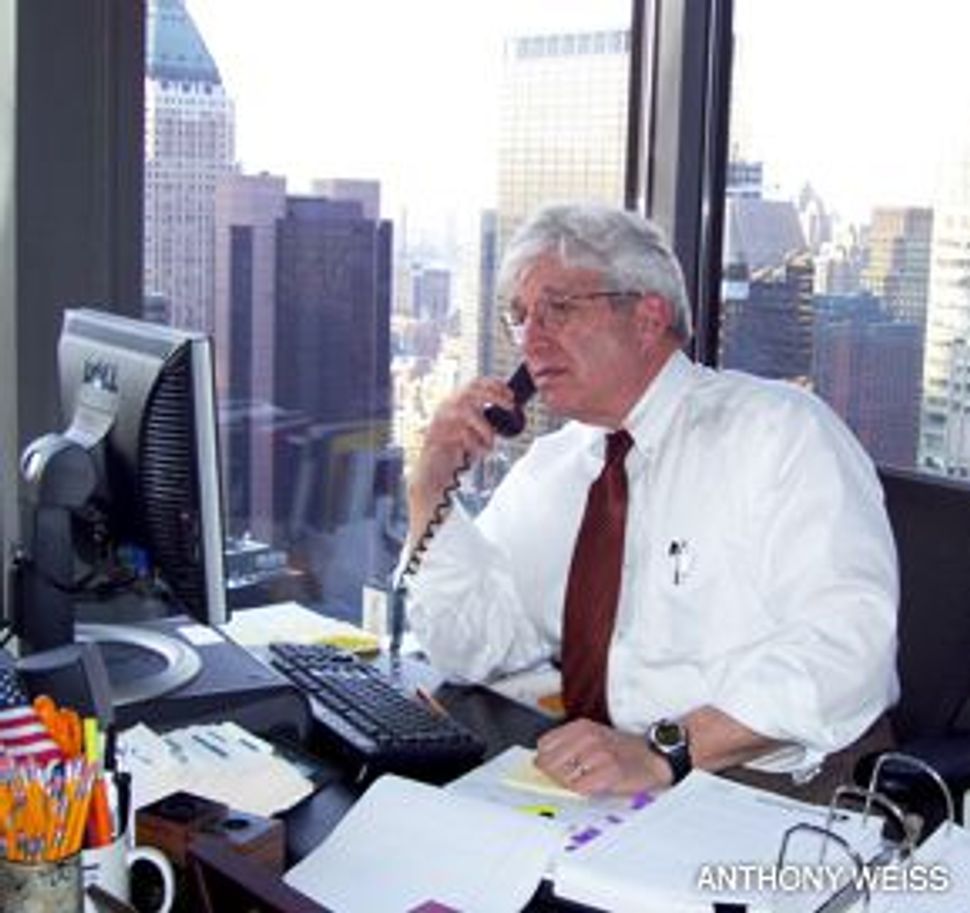 TOUGH CALL: ?It?s the system that requires us to… defend people who are at times vilified.?

There is perhaps no man in America as reviled and scrutinized as Bernard Madoff, the investor who has reportedly confessed to bilking investors out of some $50 billion. Hoards of photographers have made a habit of amassing outside his Upper East Side apartment building and the federal courthouse for his brief and occasional appearances. 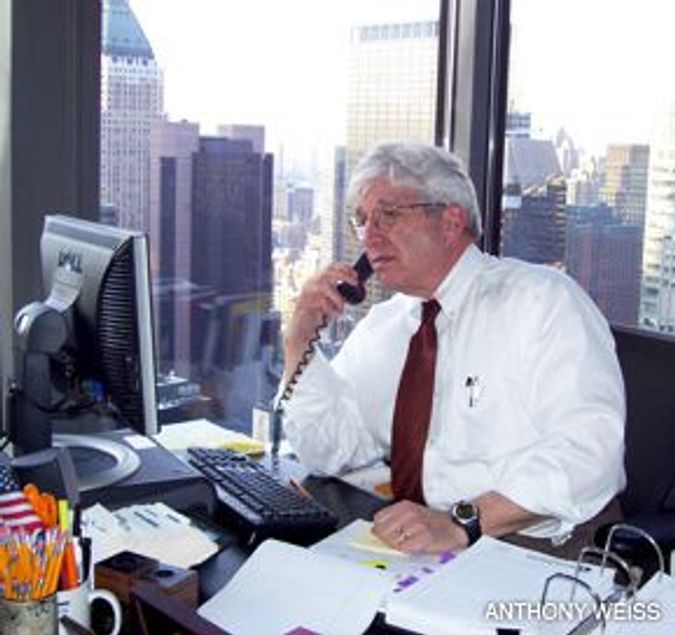 TOUGH CALL: ?It?s the system that requires us to... defend people who are at times vilified.?

But that tumult seems to have had little effect on Ira Sorkin, the man who has been not only Madoff’s legal counsel but also his voice in the courtroom and, occasionally, in the press. Sheltered in his 38th floor corner office in midtown Manhattan, with floor-to-ceiling panoramic views of the city and the Hudson River beyond, the white-haired Sorkin seems unruffled by the commotion. Sorkin has not explicitly argued that Madoff is innocent, and he declined in general to comment on the case, but he was unapologetic about his decision to represent one of the world’s most hated men.

“We represent the despised, the downtrodden, the weak,” Sorkin told the Forward. “I believe in the system, that’s the most important thing. It’s the system that requires us to deal with defending people who are at times vilified.”

In choosing Sorkin, Madoff has selected a lawyer from the top tier, where fees typically hover around $1,000 per hour. Yet Sorkin’s biography, in many ways, reflects Madoff’s own. Like the Queens-raised Madoff, Sorkin grew up in and around New York City in a middle-class family (his father was a printer) and a setting that Sorkin describes as “a strong cultural Jewish environment” but not especially religious.

In fact, Sorkin says, the two men knew each other socially for many years before the scandal had broken, although Sorkin had never before represented him. The attorney declined to speak further about the relationship.

Like Madoff, Sorkin also mingles in the Jewish philanthropic world. Both men have been donors to the UJA-Federation of New York, and Sorkin has been a major donor to the American Friends of Hebrew University, where Sorkin serves as chairman of the board. His presence has added yet another Jewish twist to a case where Jewishness has been a central part of the story, both for Madoff and his victims. It is, however, a lens that Sorkin finds distasteful.

Since the scandal has broken and Sorkin has taken on Madoff as a client, it has also led to the rather awkward situation of Sorkin mixing in some of the same Jewish philanthropic circles where Madoff’s alleged depredations have been most deeply felt. The foundation of fellow AFHU board member Stanley Chais was apparently wiped out by Madoff, a loss reportedly estimated at roughly $250 million. The family foundation of Sen. Frank Lautenberg (D-N.J.), an honorary AFHU board member, lost a reported $12.8 million.

Asked if people had raised the issue with him of representing Madoff, Sorkin acknowledged, “It’s been raised,” but, again, declined to elaborate.

AFHU board president George Schieren told the Forward he hadn’t heard anybody on the board criticize Sorkin for defending Madoff but said, “It wouldn’t surprise me if people were upset, particularly in the Jewish community, where the Madoff scam has hurt so many people. They wonder how you could represent somebody like that. The answer is that lawyers have an obligation to make the system work.”

Brad Friedman, a lawyer who is representing a number of Madoff’s alleged victims, agreed.

“I have no problem with a lawyer representing somebody,” Friedman told the Forward. “It would be horrible if people couldn’t get lawyers merely because they were reviled. Those are the people who most need lawyers.”

In fact, Sorkin’s career has featured him on both sides of the courtroom. He began his legal career as an attorney at the Securities and Exchange Commission, then moved on to the U.S. District Attorney’s office in Manhattan, where he prosecuted everything from drug busts to organized crime, to securities violations. They are days that he recalls fondly.

“Any former prosecutor from the U.S. Attorney’s Office will tell you that the most exciting time in his career was in that office,” said Sorkin. “Also my time at the SEC.”

After a stint in the private sector, Sorkin came back to the SEC in 1984 as the New York regional director, which put him directly in charge of oversight for Wall Street. His two-year career there earned praise for its aggressive investigations of securities violations, which included the investigation and ultimate arrest of the so called Yuppie 5, a circle of insider traders. The Yuppie 5 prosecution opened the doors for a series of high-profile investigations and convictions of insider traders that eventually included Dennis Levine, Ivan Boesky and Michael Milken.

Sorkin has spent the last two decades in private practice, a stint that has occasionally put him in the spotlight both as a widely respected commentator on securities regulation and, occasionally, as a lawyer in high profile cases. During the Enron trials, Sorkin was an attorney for Robert Furst, a former managing director of Merrill Lynch who was accused of helping to engineer a fraudulent sale of power barges to disguise Enron’s true financial state.

Although much has changed in the financial world where Sorkin practices, certain things have remained constant. In a 1987 interview with the Chicago Tribune, as the spate of insider trading schemes was beginning to emerge, Sorkin lamented what he called an “attitude problem on Wall Street” among the current crop of financial miscreants.

He explained, “They take the view that the rules don’t necessarily apply to them.”

Madoff’s Lawyer Plays Both Sides of the Court