Iranian Jews Hurt by One of Their Own 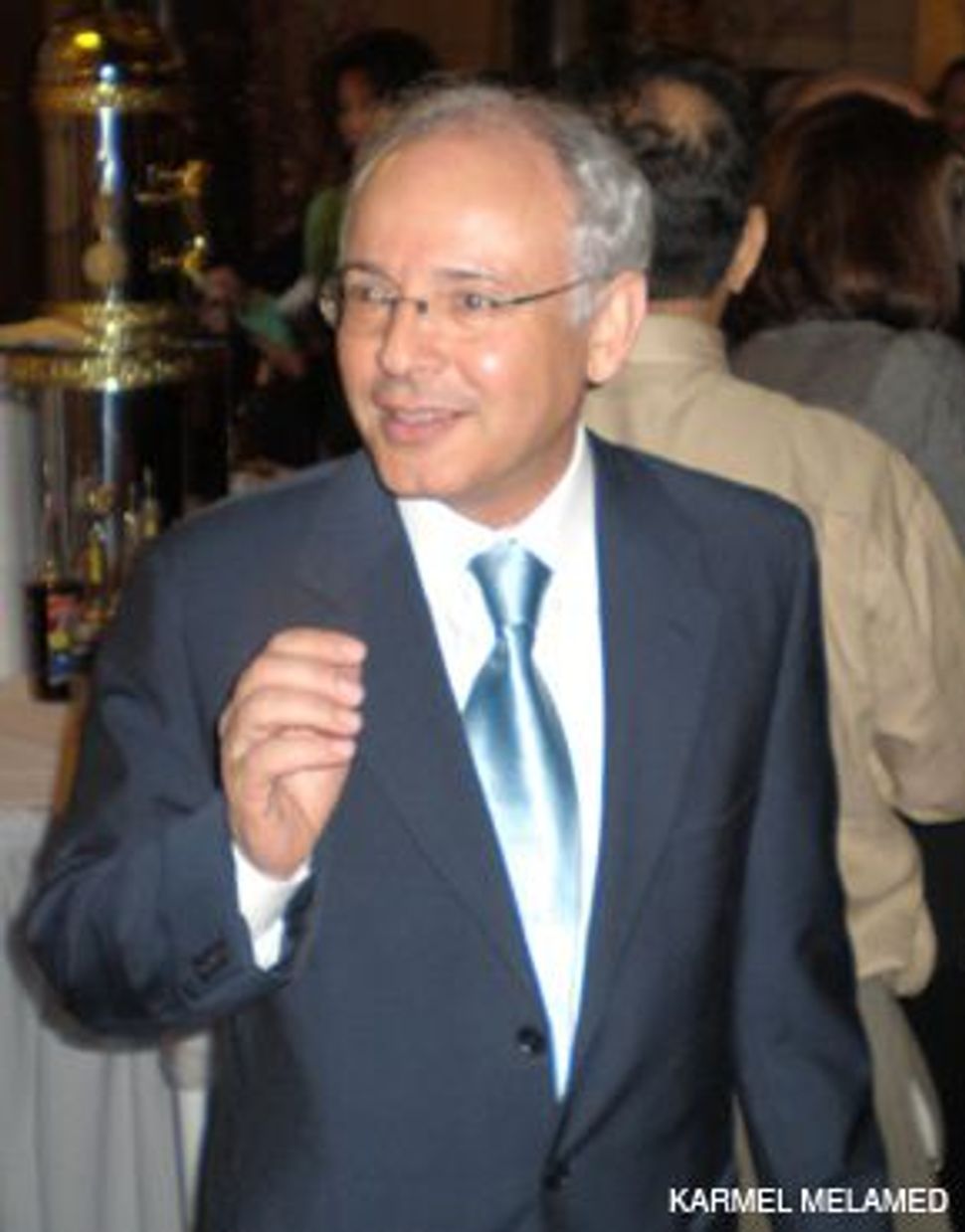 HE WAS TRUSTED: Ezri Namvar lost the life savings of many in L.A.?s Iranian Jewish community.

Los Angeles — A little more than a year ago, George Haroonian, an Iranian-Jewish rug dealer, invested his family’s savings — totaling more than $400,000 — with Ezri Namvar, a trusted member of Los Angeles’s tight-knit Iranian-Jewish community, who for years has taken loans from community members and given them high returns in exchange. 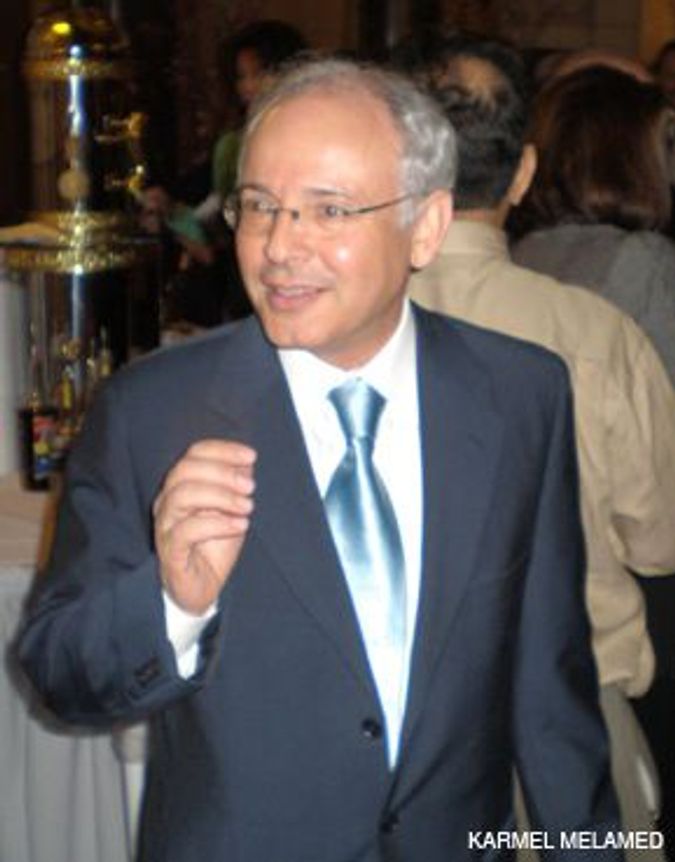 HE WAS TRUSTED: Ezri Namvar lost the life savings of many in L.A.?s Iranian Jewish community.

Today, Haroonian has nothing more than an unsecured promissory note to show for it.

Haroonian, 55, is one of several hundred members of L.A.’s insular Iranian-Jewish community now accusing Namvar — a local businessman and philanthropist — of squandering a total of some $400 million.

“With that money, I was taking care of my mother,” said Haroonian, who left Iran in 1971. “In this economy, God knows how I’m going to save that much money again.”

In recent months, as the broader American Jewish community has reeled from the financial tsunami wrought by Bernard Madoff, the alleged perpetrator of a $50 billion Ponzi scheme that stripped the coffers of Jewish charities and wiped out the savings of individuals from New York to Florida, the Iranian-Jewish community has grappled with its own financial catastrophe. Namvar is not being accused of criminal conduct — his defenders, and many of the creditors themselves, attribute the alleged losses to the downturn in the real estate market — but the communitywide financial pinch is being felt just the same. The immigrant community, centered in Beverly Hills and estimated to number more than 30,000, has been brought to its knees by revelations that one of its own — a man whose father’s reputation in Iran was impeccable — may have lost much of community members’ hard-earned money.

“There are a lot of people who are living day by day now because they lost everything they had,” Haroonian said. “They can’t pay their bills. They are living off credit cards.”

Peers viewed Namvar, a resident of West L.A.’s tony Brentwood neighborhood, as the embodiment of the American dream. He, or his web of companies, owned a swath of valuable real estate properties in the L.A. area and beyond — including the downtown Marriott Hotel and an office building known as the Wilshire-Bundy Plaza, which was reportedly valued at more than $100 million. But his financial empire began to crumble in November 2008, when Security Pacific Bank, which Namvar had purchased, was taken over by the Federal Deposit Insurance Corp.

One of the most telling aspects of the Namvar affair, however, is not how much money was lost or to whom, but how easily community members handed over their life savings as unsecured credit. It is the result, observers say, of an Old World value system in which financial dealings are kept within the proverbial ethnic family, and a promise from an upstanding businessman is considered strong enough collateral to lend, in some cases, tens of millions of dollars.

“Iranian Jews are still very insular after 30 years,” said Pooya Dayanim, president of the L.A.-based Iranian Jewish Public Affairs Committee. “They trusted Namvar because he was a Jew and an Iranian, and he was a known commodity in the community for the past quarter of a century. Iranian Jews prefer to do business with Iranian Jews.”

Moreover, the way the community is handling the blow is equally telling: While at least 19 lawsuits have been filed since the fall of 2008 against Namvar, 57; his relatives, and his L.A.-based holding company, Namco Capital Group Inc., the majority of creditors — numbering 300 to 400 — are pursuing the matter outside the legal realm, leaving the settling of debts in the hands of community leaders.

Taking their cue from traditional Iranian business practices, the creditors decided at a November 5 meeting called by Namvar to appoint an informal committee to assess the situation and attempt to have the debts repaid.

Sam Kermanian, chairman of the temporary informal creditor’s committee and a past secretary general of the Iranian-American Jewish Federation, said that in Iran, when a businessman faced financial difficulties, his peers rushed in to help get him back on his feet and save him from bankruptcy. “It was a very effective system,” Kermanian said. “There are obviously cases that were beyond hope, but partly because of this reason, the number of bankruptcies in Iran were very small, and bankruptcy was a huge taboo.”

Still, not all Iranian Jews who had entrusted Namvar with funds are convinced of the old system’s efficacy. Last year, on December 22, a handful of creditors filed an involuntary bankruptcy petition, circumventing the committee’s dealings. One of the petitioners, Abraham Assil, had parked more than $6 million with Namvar — and also filed a lawsuit against him. “It was like a private-banking style relationship,” said Assil, who has known Namvar for nearly three decades. “I deposited the funds with him like I would have with any other bank, except the return for parking funds with him was much more on a personal level. You had a relationship, and sometimes you could have borrowed money from him because he knew you and your background.”

Namvar’s lawyer, Timothy Neufeld, said that Namvar worked hard to avoid bankruptcy. “He never filed for bankruptcy, and he will continue to work hard with the creditor’s committee to deal with the situation.”

Some creditors are still hopeful that the informal committee will prove successful. One creditor, a single mother of two who asked to remain anonymous because of the communal stigma associated with falling on hard times, said she trusted that eventually she would see her money again. “Based on the community and based on our culture and the traditions we have, I still hope that he pays all the creditors,” she said.

But Dayanim, the community activist, said that Namvar’s collapse signaled the end of a whole way of doing business within his community.

“The informal system of resolving problems behind closed doors by old men will be a distant memory,” Dayanim said. “This case is the biggest example of why we have rules on the books, and why if we’re going to do business as a community in the U.S., we have to do it the American way.”

Iranian Jews Hurt by One of Their Own