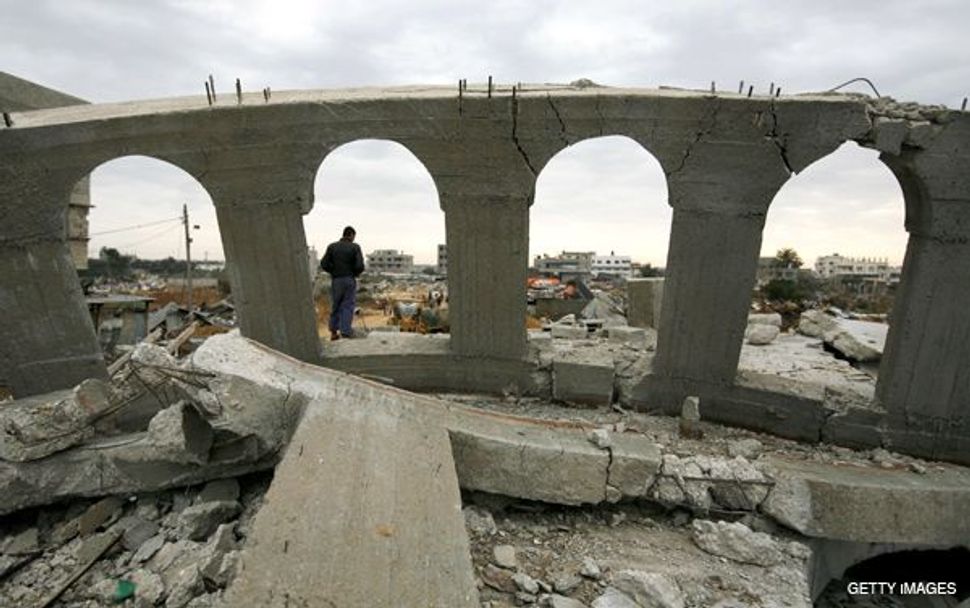 The 25-year-old Israeli student studies at Sapir Academic College in Sderot, an institution where classes are often interrupted by stints in bomb shelters. She has no experience in politics or nongovernmental organizations. And she has never been at all interested in the welfare of Palestinians.

“I lost my best friend in a bombing 11 years ago, and since then, I did not look to the other side,” she told the Forward. “But in recent days, in Sderot and so close to Gaza, I saw that there are people there, on the other side, who need our help.”

Working with a small group of friends after Israel and Hamas declared separate unilateral cease-fires January 18, Balas set up four collection points — one of which is in Kfar Aza, a village where two people were killed by Hamas fire — at which Israelis are dropping donations of food, blankets and clothes. She got permission from the United Nations, and clearance from Israel, to send trucks to Gaza, and arranged with an independent organization in Gaza to distribute the goods.

Coming from organizations and governments across the world, aid like this, intended to meet the urgent short-term needs of war-stricken Gazans, is entering at a rate of 150 to 200 truckloads a day. But even as Gaza residents are focused on getting hold of these supplies, Palestinian leaders in rival factions have their sights firmly set on what comes next: money and supplies for Gaza’s long-term reconstruction. 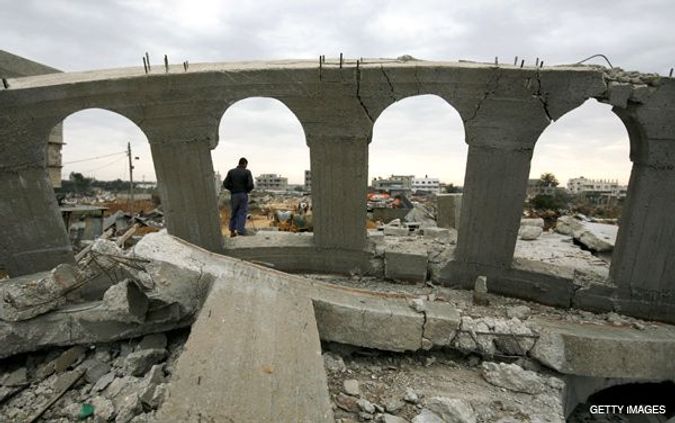 Hamas has already moved to stake its claim as the faction with the ability to help Gazans get over the war. It has been distributing emergency cash to families who lost members in the fighting or had homes destroyed. Regarding itself as the legitimate government of Gaza, Hamas insists it should head the reconstruction process.

But the P.A., which left Gaza after a Hamas coup in 2007, says that the only way reconstruction can be coordinated is with the offices of P.A. Prime Minister Salaam Fayad and President Mahmoud Abbas. The European Union and other international players hope to work through this channel, and will not work through Hamas.

Both Palestinian factions claim that, in principle, they would be prepared to form a unity government and share the responsibility with the other — but both demand a price that the other will likely be unwilling to pay.

In talks January 23 with Norwegian officials coordinating a network of donor states, the Palestine Liberation Organization’s chief negotiator, Saeb Erekat, said that a national unity government could oversee reconstruction and would pave the way for presidential and legislative elections with the participation of all Palestinian factions — essentially reversing the Hamas coup over Gaza.

Hamas’s position is that the only way it will agree to unity is if the P.A. embraces “resistance” and halts talks with Israel.

The two factions are trying to undermine each other’s credibility by presenting their rivals as thieves of the incoming short-term aid. Hamas accuses the P.A. of stealing and selling food and medicine from aid convoys; the P.A. claims that Hamas distributes aid to its supporters only.

Both are also competing to show they have the funds to get Gaza back on its feet. The P.A. is continuing to allocate $120 million a month from its budget to Gaza, and says it has given relief and health institutions a $1.9 million boost since the cease-fire. Like Hamas, it is also beginning to hand out cash to those who have sustained injuries, lost relatives or had homes harmed in the conflict.

Hamas has announced that it has more than $30 million to rebuild destroyed houses and institutions. The group is trying to downplay international refusal to administer reconstruction through its offices.

It cites Iranian promises of help. “The Iranian parliament is to undertake rebuilding the Palestinian parliament, which was destroyed in the bombardments by the Zionist regime,” Iran’s parliament speaker, Ali Larijani, said, according to the state media outlet Press TV.

Press TV claimed that Iran is set to start building, in the coastal territory, 1,000 residential units, 10 schools, five mosques, 500 trade centers, a hospital and a university.

But Hamas bravado and Iranian plans ignore this fact: No amount of money can enable building in Gaza as long as Israel’s blockade of the territory remains in place. “There is not a single bag of cement to be had on the Gaza Strip.” Faisal Abu Shalah, a Fatah member of the legislative council for Gaza, told Britain’s Guardian newspaper. He added: “Do you think they can smuggle panes of glass or window frames through the Rafah tunnels? Hamas has the money, but it still cannot help the people in their long suffering.”

International pressure may mount for Israel to lift its blockade of building materials. But Israel is determined that reconstruction does not lead to the legitimization of Hamas, under whose regime thousands of rockets were launched into Israel between 2007 and the fragile cease-fire on January 18.

Rather, Israel hopes that reconstruction will be led by the P.A., which will be strengthened by getting credit for the huge effort. “We believe that Gaza stands at a crossroads and that on the ruins, something will be built that is more positive and which leaves room for dialogue and neighborly relations with Israel,” Foreign Ministry spokesman Yossi Levi said.

Some analysts say Israel’s logic is flawed. In an op-ed for the International Herald Tribune, Yossi Alpher, former director of the Jaffee Center for Strategic Studies at Tel Aviv University, and a Forward columnist, argued that there is “not a shred of evidence” to suggest that any attempts over the years to influence Palestinian political behavior through economic factors have worked.

But many analysts believe Israel is unlikely to budge on its refusal to open borders. “It is still Israel’s long-term aim for Hamas to be undermined in Gaza, and Israel at the moment has only one tool — control of the crossings,” said Martin Kramer, a senior fellow at the Adelson Institute for Strategic Studies, a department of the hawkish Shalem Center.

One of the world’s leading experts on postwar reconstruction, Sultan Barakat, is the chief author of a new report calling for the countries funding reconstruction to circumvent Israel and convince Egypt to open its borders to let building materials into Gaza — whether or not Israel agrees to such a move. Barakat, a son of Palestinian refugees and director of reconstruction programs in the West Bank after the Oslo Accords, is founder of the Post-War Reconstruction and Development Unit at the University of York in England. He told the Forward, “I was disappointed that the E.U. and other countries will have no dealing with Hamas.” This was “the wrong policy,” he said, one that may well strengthen a sense of victimhood among Palestinians and embolden Hamas.

Israeli analysts say it is inconceivable that Egypt will agree. Meital told the Forward that Egypt views having open crossings with Gaza as a “threat to its national security.”

Kramer said that the possibility of Egypt softening on crossings, even for reconstruction, is unlikely. “There are many in Egypt who fear that Israel’s long-term strategy is to push Gaza in to Egypt’s arms,” he said, adding: “Every time this is raised, the Egyptians go ballistic. They see themselves as having already done their disengagement.”

There are practical reasons that would deter Egypt from opening the border to Gaza and acting as a base for reconstruction, Kramer said. Making reference to past use of metal piping taken into Gaza to build rockets, he said: “For example, does Egypt want to be the exporter of materials for reconstruction and then find itself accused by Israel of exporting materials that are strengthening [missile] construction? Egypt does not want trouble.”

Meanwhile, Hadas Balas’s efforts continue. News of postwar devastation has spurred tens of thousands of Israelis to donate to her shipments. “At first, I thought we may get one truckload,” Balas said on January 27. “But we have already sent seven, and expect to send 10 more in the next week. The international media overlooks this, but there are lots of people in Israel who care.”