An Evening of Yiddish Song 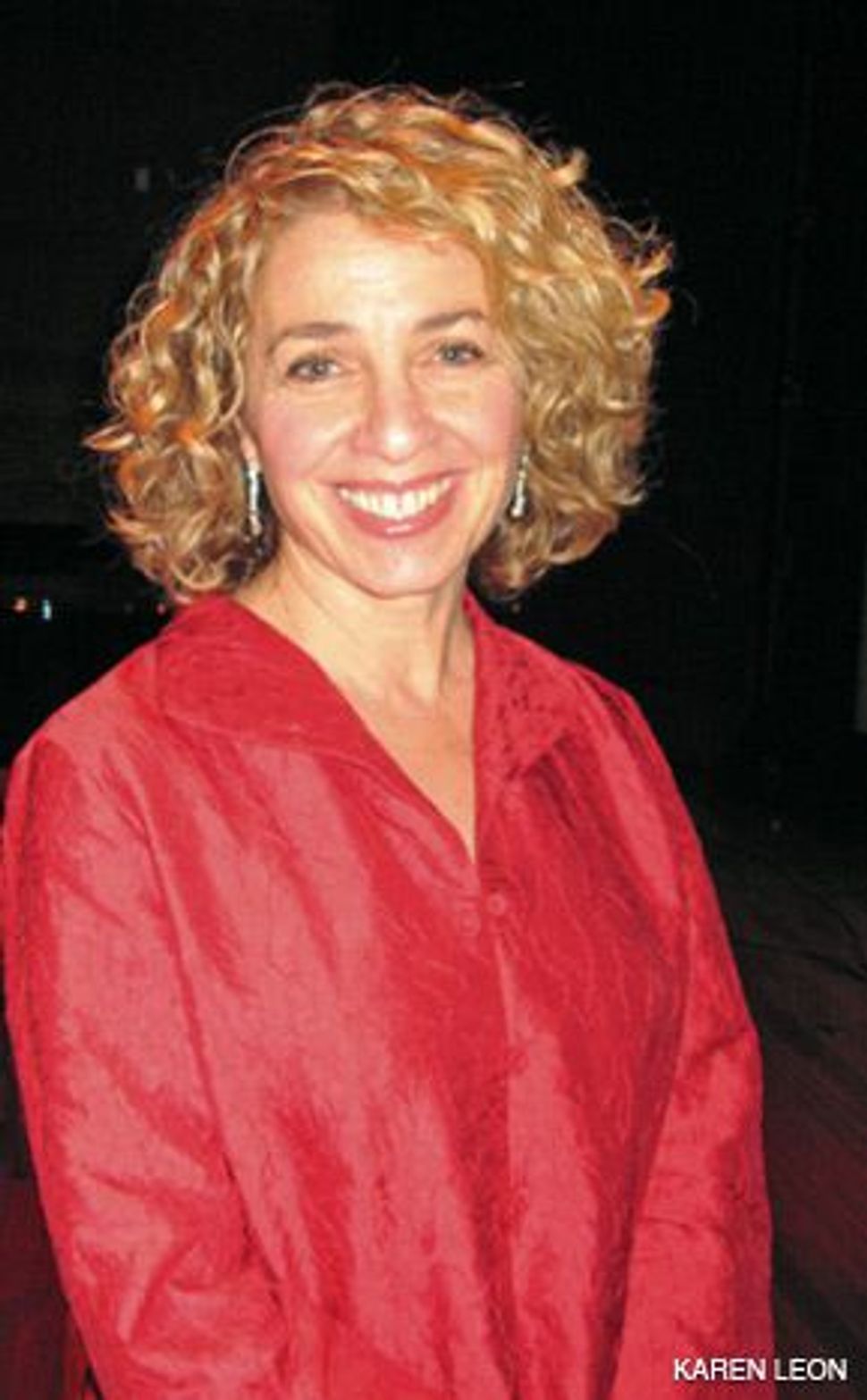 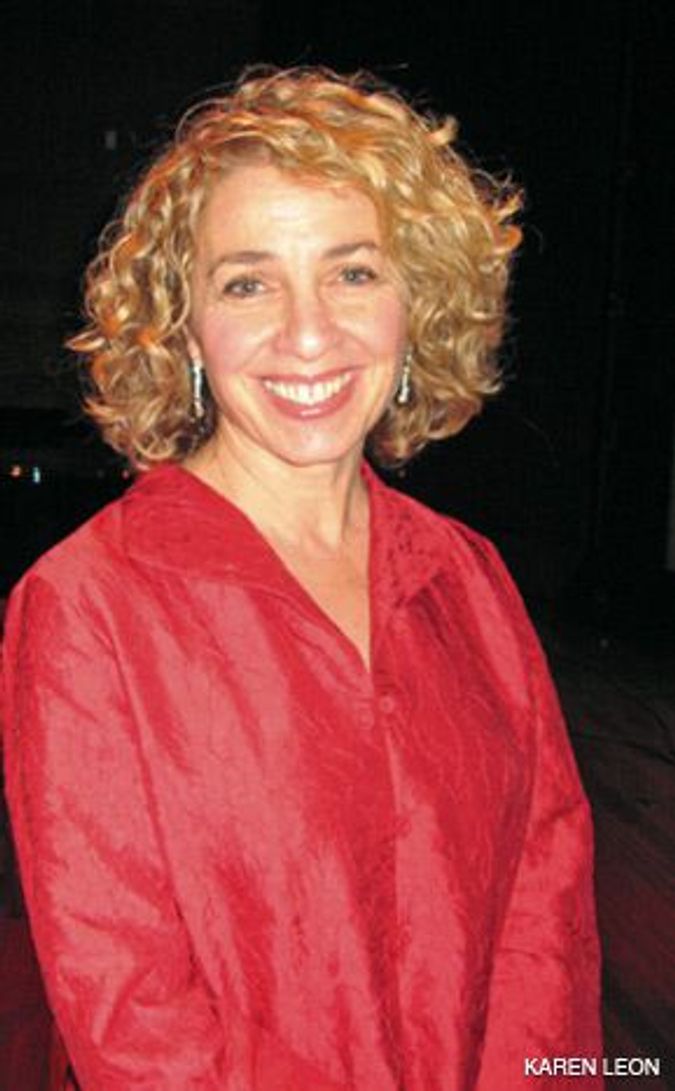 Sporting stiletto heels and tight black-satin pants, singer-actress Eleanor Reissa wowed the audience at the December 28, 2008, Hanukkah concert at the Center for Jewish History, held jointly by the American Society for Jewish Music and the American Jewish Historical Society. With her Galizianer Yiddish and her lyric voice, Reissa — director, playwright and choreographer, and, from 1998 to 2002, artistic director of the Folksbiene Yiddish Theatre — had the Yiddishists in the auditorium melting. She also had those who, according to Reissa, “spoke Japanese, Urdu or Finnish” wishing they had attended a Workmen’s Circle/Arbeter Ring school. “Yiddish has been good to me,” said Reissa, whose English-Yiddish rendition of blacklisted composer Jay Gorney’s “Brother, Can You Spare a Dime?” and lovesick lament of “Rivke the Rabbi’s Daughter” — who longs to be a fly “so her lover can grab her,” or a mezuza, “so he can kiss her” — were two of the gems that electrified the crowd. The evening’s other star was master storyteller Isaiah Sheffer, co-founder and artistic director of Symphony Space. With gusto, Sheffer read Grace Paley’s short story “The Loudest Voice.”

Renaissance man Sheffer wrote and directed “The Last Chapter,” an award-winning historical documentary on 1,000 years of Polish-Jewish history. His English book and lyrics for the musical “Yiddle With a Fiddle” had me revisiting the production several times — with a granddaughter in tow, who, I later learned, for show-and-tell at her school in Great Neck, N.Y., sang, “Oy Mama, Am I in Love” (Sheffer’s English rendition of Molly Picon’s showstopper “Oy mame *bin ikh farlibt” from the Yiddish classic film, “Yidl Mitn Fidl”). He wrote the book and lyrics for “The Rise of David Levinsky” (which I wish someone would revive on or off-Broadway). His more recent works include the play “Dreamers and Demons: The Three Worlds of Isaac Bashevis Singer” and the libretto for “A More Perfect Union,” a modern baroque opera ballet about the making of the American Constitution.

Concurrently, Reissa had just stepped in for Mary Soreanu, in the lead in “The Rabbi’s Daughter” — a role she played for six months. And thus a career was born. But not only in the Yiddish theater. Her direction of “Cowgirls” earned her Outer Critic and Drama Desk nominations; she was nominated for a Tony Award as director of “Those Were the Days,” and among her off-Broadway directorial kudos was John Galsworthy’s “Echoes of War,” starring Tony Award winners Frances Sternhagen and Richard Eaton. Then there is her one-woman show, “Hip, Heymish and Hot.” No matter how far-reaching her artistic talents, Reissa is among a select handful of Yiddish performers and singers who, though Second Generation — her parents, from Bilgoraj (Singer’s favorite town, currently in Poland) were Holocaust survivors — are able to capture the authentic Yiddish art form, the tam flavor of the amol, the once-upon-a-time music of the Second Avenue theater, Manhattan’s Lower East Side and prewar Eastern Europe.

REMEMBERING FILM GIANT CLAUDE BERRI, AUTHOR/AUTEUR OF ‘THE TWO OF US’

The January 12 death of 74-year-old Claude Berri, who was honored by France’s president, Nicolas Sarkozy, as “the great ambassador of French cinema,” sent me back to my August 1987 Forward interview with Berri, on the eve of the New York opening of his film “Jean de Florette,” which starred Gerard Depardieu. At his suite at the Pierre Hotel, we began with his 1968 autobiographical film, “The Two of Us” (aka “Le Vieux Homme et L’Enfant” — “The Old Man and the Child”), which recounts how, as a child, Berri was hidden with an antisemitic French farmer (played by Michel Simon) during the Nazi occupation of France. “In the United States, they say that I made [that] movie against antisemitism,” said Berri (ne Claude Berel Langmann), whose Polish-Romanian parents were furriers). “But it was not only antisemitism. It was prejudice.” I asked him if he knew Warsaw-born Yiddish-speaking French writer Marek Halter. “Yes,” Berri answered. “He is more involved in the Jewish thing. I am a man of the Occident, a man of the West, not first a Jew. I was born in France, but I can’t say which is first.” Does he perceive the world as a Jew? “Probablement as a Jew…. When I saw Sadat on TV go to the Knesset, it was the greatest emotion of my life.… [But] I can be more close with an Arab than a Jew, depending on the man. It is not a question of Jew or Arab, it was never for me ‘Jew first.’ Many Jews are so fanatique! I was at a large meeting with Marek Halter… people in the arts… most of the audience was Jewish. By talking as I am now, I got insulted! Simply because I said I would be closer to an Arab than a Jew! I cannot accept this fanatisisme!”

“I have seen Jewish people who wear blinders and are shortsighted,” Berri continued. “For them, there is only one color, and it is Jewish.” I explained that in the United States, the Jewish profile covers a wide spectrum, encompassing Jews “from right to left, ultra-Orthodox through fully assimilated.” I asked, “Don’t you think that being Jewish has in a way affected your creativity, work and message?” Berri was adamant: “It is inside me. It is not the prime idee a l’interieur. I don’t develop my Jewish identity, I live it.” I asked: “How do you live it? In America, Jews say, ‘I go to synagogue on the Sabbath,’ or, ‘I give money to charity, the UJA or Israel.’” Berri replied: “By being what you are. You are blond, you are not blond. I am white. I am not black. So I am Jew, of course. But I don’t wake up each morning thinking, ‘I am Jewish.’ I live it.” Persistent, I asked how he does this. “Because [I wrote] and made ‘The Two of Us.’ Because it was part of my life,” he said, adding, “So I am happy to be a Jew, and I am not shameful.”

I continued: “There are people who perceive everything that happens from the vantage point of, is it good for the Jews? For example, there’s the black humor of a woman reacting to an airplane crash with ‘Thank God there were no Jews on board!’ And then there is The Musical Theatre From Moscow (actually the Soviet Jewish colony of Birobidjan), which had visited New York recently. During a humorous interlude, a comic declared: ‘Everyone of note was Jewish — Albert Einstein, Sarah Bernhardt, Charlie Chaplin, as well as chess masters Karpov and Kasparov’ Outraged, the straight man challenged the comic, ‘But [one of the two] is not Jewish!’ Replied the comic, ‘Ah, but when he wins, he’ll become Jewish.” Upset, Berri reacted: “But that is not a joke!”

The artist nourishes himself with the contradictions of the world.… The artist must expunge [the] material of the Jews and antisemites… the good and the evil. The more an artist takes a position in his thought, the less he is an artist… except in some situations.”

The interview ended with our chat about “Jean de Florette,” which I had already seen. (The film opened the next day, to rave reviews.) Dealing with prejudice and small-mindedness in Provence, the movie was based on a classic novel by Marcel Pagnol. Berri insisted that I reserve this part of our interview for my review, so that “the public would not be familiar with the ‘nuts and bolts’ that created the illusion of time and place [in the film],” and so that “the public accept the film as its own ‘reality.’” Berri, whose filmography includes “Manon de Sources,” a sequel to “Jean de Florette,” the autobiographical “Mazel Tov Ou Le Mariage” (“Marry Me, Marry Me”), and collaborations with directors Roman Polanski (“Tess”), Milos Forman (“Valmont”) and Philippe de Broca (“L’Africain”), began his career with a short film, “Le Poulet” (“The Chicken”), financed by family and friends. It was about a boy who tries to save the bird from the soup pot by secretly putting an egg into the nest each day.

AN ‘ONLY IN NEW YORK’ MOMENT

I was looking at some chairs in a Queens store. The owner left me alone to browse. The doorbell rang; someone came in, and there was a brief whispered conversation. As the pair parted, I heard “Zay gezunt!” Aha! I approached and asked, “Ir zaynt Litvaks tsi Galitzianer?” The owner just smiled. The visitor doffed his cap and said, in perfect American Yiddish, “Ikh veys nit [I don’t know]. Ikh bin an Italiener [I’m Italian].” Continuing in Yiddish, he explained: “For the past 30 years, I have been a Shabbos goy at [a] temple. The rabbi only spoke Yiddish. So to keep my job, I had to learn.” Only in New York!

An Evening of Yiddish Song