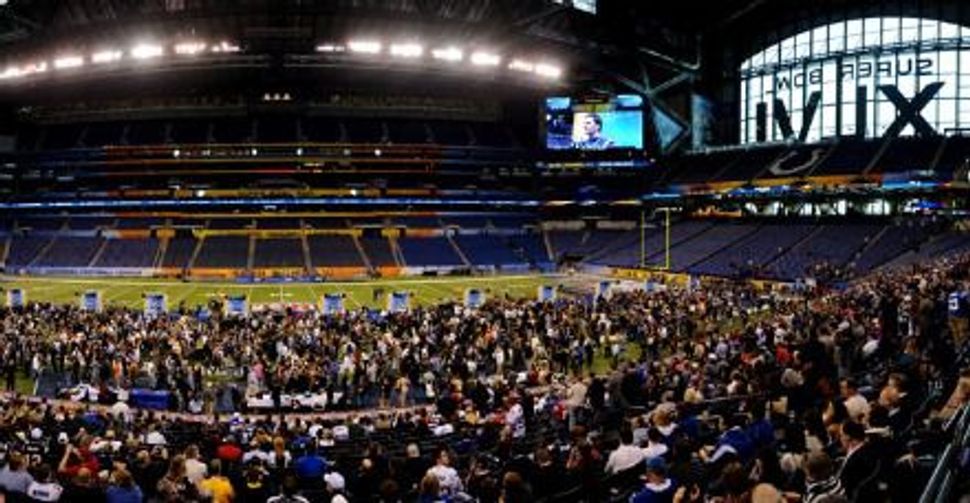 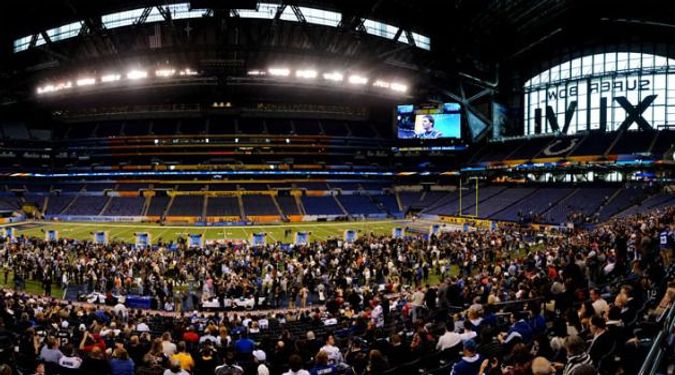 No Hype, Just Torah: Amid a flood of hype for the Super Bowl, Yeshiva University has produced a halftime video focusing on spirituality in sports. Image by getty images

Denver Broncos quarterback Tim Tebow thrust religion into the consciousness of football fans everywhere this year by famously taking a knee and bowing his head in prayer on the field. And while his prayers caused their fair share of controversy, not everyone thinks mixing football and religion is such a bad thing.

Ahead of Super Bowl Sunday on February 5, Yeshiva University has produced a 35-minute halftime show featuring three professors who share their thoughts on the spiritual side of sports. You could say it’s the Modern Orthodox take on Tebow’s evangelical Christian beliefs.

The Y.U. Torah Halftime show is the brainchild of Moshe Isaacson, Y.U.’s director of interactive marketing. He said that the aha moment came two months ago, when someone told him that Tebow etches Bible verses into his under-eye paint during games.

“That got the wheels turning,” Isaacson recalled thinking. “Here’s a guy who’s capturing the attention of millions of people, and he’s really proving the case that there’s no need to live your life in compartments — you can put religion and sports together.”

Isaacson said that dovetails with Y.U.’s stated mission of torah u’madah, roughly translated as “an effort to live a religious Jewish life in a secular world.” “We thought this was right up our alley,” he said.

The video contains three eight-minute lectures by Y.U. professors Rabbi Lawrence Hajioff (“Hold the Wings: Maimonides on Physical Fitness”), Rabbi Ely Allen (“The Importance of Halftime”) and Yitzchak Schechter (“The Ultimate Comeback”). Highlights include Schechter using a sports theme to teach the lesson of never giving up hope, and Allen talking about taking time out and recharging yourself — not unlike halftime. “It’s pretty direct,” Isaacson said.

The 38-second trailer is set to dramatic, sports-promo-type music and concludes with two helmets facing off.

Y.U. mailed 280 free copies in advance of the game and is airing the video on its YouTube channel and on its Facebook page during the Super Bowl. The video will be available for about a week after the game, Isaacson said.

One thing the video won’t be is preachy. “We realized that in the middle of the Super Bowl, its not time to get super serious,” said Allen, who explained that he tried to keep his video lecture light but also present a meaningful subject, such as, “What are some spiritual lessons we can learn from football, if any?”

Filmed on campus, the entire production cost less than $6,000 — “Definitely not like the budgets for the ads in the Super Bowl,” Isaacson quipped. And Y.U. filmed two months ago, so the show won’t have the rabbis rooting for the hometown favorite, the New York Giants, who will face off against the New England Patriots in Super Bowl XLVI.

Ironically, when asked who he’d be rooting for this weekend, Allen replied that he’s the opposite of a sports fan. “Is it this Sunday?” he asked. “I’m more of a music and art guy.”