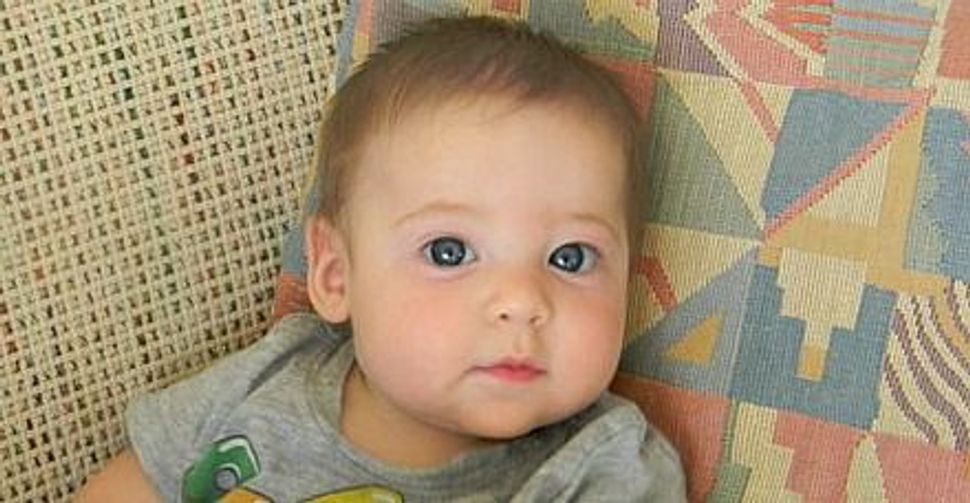 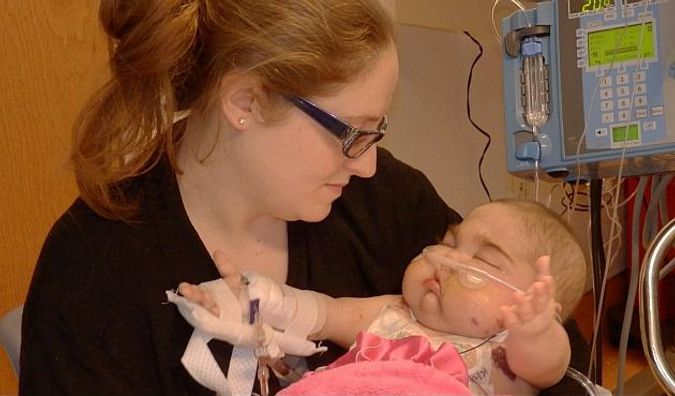 Mother?s Love: Hindy Poupko Galena holds her daughter, Ayelet, who died on January 31 after a battle with a bone marrow disease. Image by AYELETGALENA.TUMBLR.COM

When Seth and Hindy Poupko Galena asked readers of their Eye on Ayelet blog to say the Asher Yatzar blessing, I looked it up and, for the first time in my life, recited it — not after going to the bathroom, as is traditional, but in front of my computer. I’m not particularly observant. I didn’t know the Galenas’ daughter, to whom the prayer was directed. But I was inspired.

Ayelet Yakira Galena had become something of an Internet sensation. Each day, thousands of strangers checked in on the little girl, who suffered from a rare bone marrow disease, and whose kidneys were failing. After one post described Ayelet’s penchant for unwrapping plastic straws, dozens of strangers sent care packages containing straws to Ayelet’s hospital room. 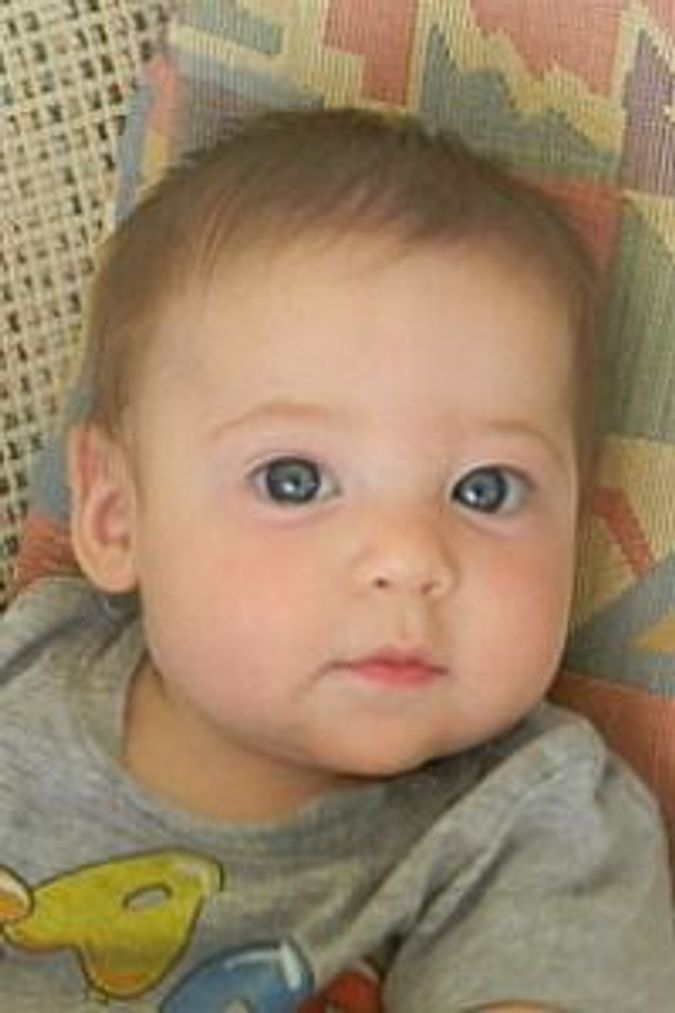 “As a Jewish mother, I check the blog/Facebook only for Ayelet stuff to hear about her steady good news. I worry almost like she were my own,” one devotee wrote in the comments section of the blog. “Proud to be part of the Ayelet Nation,” another wrote.

So when the Galenas, who are active in the Modern Orthodox community of Manhattan’s Upper West Side, announced Ayelet’s death, January 31, the news moved quickly through Jewish circles and set off a wave of mourning the world over. The reaction to the blog — and to the news its followers hoped never to hear — is emblematic of the ways that the Internet is redrawing boundaries between public and private, and upending traditional definitions of Jewish community.

“Ayelet created a community of people that felt bound not only to her, but also to each other,” Hindy Poupko Galena told the Forward. “And once you experience that feeling of community, you crave that feeling. The collective joy, the collective fear. They wanted to be part of her story.”

A January 27 post titled “You Can Be Addicted to a Certain Kind of Sadness” detailed the extent of Ayelet’s fan base: About 14,000 people were visiting the site daily, with many of them coming back for updates three or four more times before the day was through. 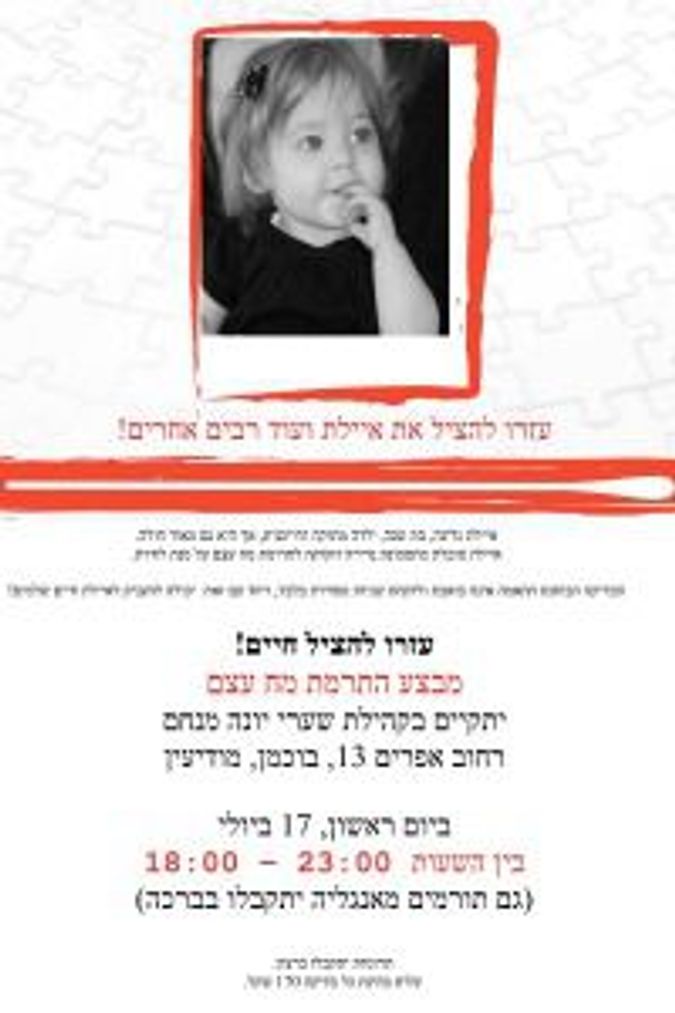 Ultimately, I don’t think it was sadness that had people hooked. It was hope, a sentiment that buoyed each entry, regardless of how grim the day. “The mantra is still slow and steady (hello extreme patience) so we are in no rush, and will keep Ayelet sedated on vent, so long as things with her lungs keep moving in the right direction,” the Galenas wrote nine days before Ayelet’s death.

Eye on Ayelet pulled back the veil on what it is like to be the parents of a critically ill child: the tests, the tubes, the fatigue, the need for comic relief, the celebration of small victories. (“She actually even peed a bit more today. Good news is visible from even the smallest drop of pee,” Seth Galena wrote in late January.)

“[Seth] never hid anything that was hard to hear, but he told her story in a way that allowed people to hear it at the same time,” said Poupko Galena, who is director of Israel and International Affairs at the Jewish Community Relations Council of New York. “People saw Ayelet at her best and at her worst.”

Indeed, pictures of the little girl accompanied posts on most days. In early photos and, occasionally videos, she was dressed in frilly frocks, sitting upright and playing with toys; in later ones, she was lying in a hospital bed, her face swollen, her eyes closed, her head nearly bald, her limbs marked up from months of IVs and the drawing of blood.

Ayelet’s death came 154 days after she received a bone marrow transplant at Cincinnati Children’s Hospital Medical Center. The infusion followed a nationwide search for a donor. Her family helped organize donor drives through the Gift of Life Bone Marrow Foundation, a Jewish group that helps match donors with patients in need of transplants. The effort — publicized on Ayelet’s Facebook fan page, and by such celebrities as rapper 50 Cent and “Gossip Girl” star Leighton Meester — didn’t yield an identical match for Ayelet, who suffered from a congenital disorder called dyskeratosis congenita. It did, however, locate near-perfect matches for 21 others in need of marrow or stem cells, a Gift of Life spokeswoman said.

Eye on Ayelet was launched in the run-up to the transplant, by Ayelet’s Web-savvy father, Seth Galena, a founder and editor of the “kosher comedy” website Bang It Out. It was created to provide daily updates to family members and close friends. By the fall, though, the blog was making the rounds in Jewish circles in North America, Israel, England, South Africa and elsewhere.

Yes, it’s easier to write a few sympathetic words, at convenient intervals, in the comments section of a blog than it is to sit with a family, day after day, in a hospital room and realize that your words are not up to the task of easing their pain. But the power of ‘Ayelet Nation’ wasn’t in the typed words of a single person; it was in the pooled words — and prayers — of thousands of people who felt connected to a family they had never met.

In turn, the Galenas felt connected to the community inspired by their story. “Most people said, ‘Oh, Seth and Hindy, you’re so courageous and so brave,’ but the only strength we had was to realize that we absolutely needed help,” Seth Galena told the estimated 1,000 mourners who gathered to say goodbye to Ayelet. “And we reached out, through the blog, through Facebook, through synagogues on the West Side, and everyone in this room, their strength is what kept us going. You pumped positivity into what everyone said was a hopeless situation.”

Many of those who attended the funeral, held February 1 at the Jewish Center, in Manhattan, knew the family only through its online presence. “Looking around this room, one cannot help but get a sense of what it means to be part of klal yisrael,” Rabbi Yosie Levine, of the Jewish Center, said, using the Hebrew term that refers to Jewish peoplehood.

But not everyone is entirely comfortable with this online, open-source model of community.

Adrienne Asch, a bioethicist who is founding director of the Center for Ethics at Yeshiva University, said the growing number of illness-chronicling blogs is part of a general trend of sharing that which used to remain private. “Things that we kept private out of shame and fear, it’s good that we’re not keeping those things private,” she said. “But along with that comes the question of why we’re making things public and what should be made public,” especially when the subject is too young to give consent.

“We have no idea how a toddler would feel about her story being distributed,” Asch said. “We can’t ask the millions of toddlers whose parents post photos of them on Facebook and blog about them and Tweet about all of their amusing or perplexing or painful or annoying interactions with their children.”

There’s risk in creating a community of gawkers. “This is a soap opera, but it’s real life,” Asch said.

On the Jewish parenting website Kveller, mothers and fathers frequently write about their young children, as well as about once-taboo topics like miscarriage. “People can look at it as voyeuristic, but people are forming really strong relationships,” said Deborah Kolben, the site’s editor.

Eye on Ayelet, Kolben said, is a powerful example of the extended support network that online forums can foster. She said, “In Jewish tradition, you’re not supposed to be alone when you grieve, so why should you be alone in the sickness?”

They weren’t alone, and they aren’t. “We read every single comment,” Poupko Galena told the Forward. “We read every single posting, and we found tremendous comfort in the universe of friends and families and strangers standing with us both virtually and in reality. And it has continued to be comforting in these past few days since Ayelet’s passing.”