The Jew and Hitler’s Bug 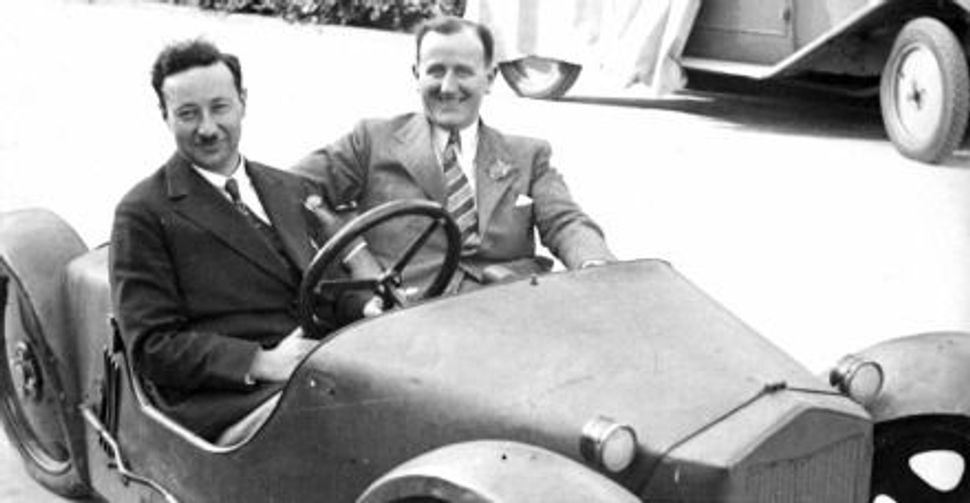 Jewish Gearhead in Nazi Germany: Josef Ganz behind the wheel of the May Bug, his small car prototype that became a prototype for the Beetle. Image by rvp publishers

I should say from the start that I’ve never owned a Volkswagen Beetle.

I did learn to drive a stick shift in one of them, somewhere south of Madrid, when it was my turn to drive. Three college pals who were packed into the “Bug” with me erupted in oaths with every mistake I made. They were merciless in the summer heat, but I was a quick learner and — dare I say it? — what followed was the very essence of a clutch performance.

So it was with that memory in mind that I opened Paul Schilperoord’s new book, “The Extraordinary Life of Josef Ganz, The Jewish Engineer Behind Hitler’s Volkswagen” (RVP Publishers, 2011).

Schilperoord, a Dutch journalist and technology writer, admits to having had an “intense” interest since childhood in all things VW Beetle, but he had never heard of Josef Ganz until 2004, when he came across his name in an article in Automobile Quarterly magazine suggesting that Ganz laid the foundation for the car. Schilperoord was intrigued, and for five years researched private archives and public records in an effort to uncover the truth. He makes a convincing argument that Ganz, a German Jew, could be considered “the spiritual father” of the VW, developing and promoting the key design concepts that led to the “People’s Car.” 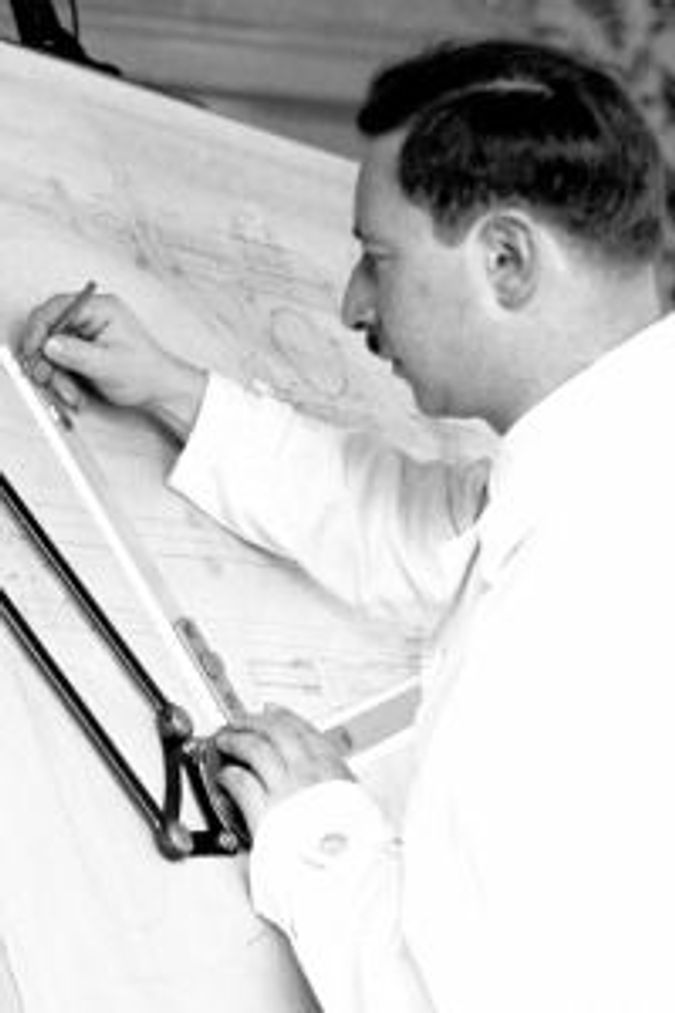 There is no doubt that Ganz was a brilliant engineer and a pioneer who believed strongly that Germany needed an auto that was small, cheap, safe and affordable. He pushed relentlessly for such a car, to motorize the masses, from his perch as the editor of a trade magazine and from technical consulting contracts with such established companies as BMW and Daimler-Benz.

But rather than honoring Ganz for his foresight, the author writes, the Nazis deliberately erased his name from the history books. As Hitler and his party rose to power, Ganz was called “vermin” in print. He lost his editorship and his contracts and was lucky to escape Germany with his life.

Gearheads will appreciate this book’s intricate analysis of the role Ganz played in shaping the Beetle: a small, lightweight car with a rear engine, backbone chassis, independent suspension, swing axles and streamlined body. From the first prototype, built in 1930 in the Ardie motorcycle factory in Nuremberg, to the Standard Superior, built in 1933 — a car with bug-eyed headlights and a streamlined shape still recognizable today — readers can watch the iconic Bug hatch, with plenty of photos and drawings to boot.

And it’s great fun to learn that Ganz called his second prototype, built in Frankfurt, his “Maikäfer,” or May Bug. It was completed in May 1931, the month when May bugs first take flight. The author writes, “The little car with the pointed rear and brown color looked like one.”

But for horn-heads like me — I once bought a car based mostly on the happy sound of its horn — the book’s value lies in the narrative tale, the determination of a visionary ahead of his time who happened to come of age when evil owned the road.

Ganz was just 30 in 1928, when he took over as editor of a sleepy auto trade magazine, later called Motor-Kritik, and turned it into a powerful platform for innovative ideas. The German auto industry found his relentless criticism of its outdated models and production methods as welcome as a nail in the tire.

As Germany sank into economic distress and the National Socialist Party rose to power, Ganz was accused of blackmail and of “sabotaging the German economy” because of his challenges to the status quo.

Hitler, however, embraced creating a small car for the masses, building a network of highways and making it easier for drivers to get licenses for light cars. The author says three accomplished, independent engineers were available at the time to bring the small car to fruition: Ferdinand Porsche, Edmund Rumpler and Ganz. The last two were Jews, and it is no surprise who got the nod. In a speech in 1935, Hitler named Porsche as the designer of the small car, which used many of Ganz’s pioneering designs.

Through it all, Ganz would not give up on his idea, even after an arrest by the Gestapo in 1933, a narrow escape from an assassination attempt and having his bank account confiscated. He fought in the courts against those who stole his patents and designs, and fled to the relative safety of Switzerland, where he worked on development of a Swiss Volkswagen.

After the war, the Volkswagen went into full production in Germany, and then became the most produced single design of a car ever. More than 21 million of the original Beetles were created before production ended in Mexico in 2003.

As for Ganz, he survived the war, and in 1951 moved to Melbourne, Australia, where he worked in engineering for Holden, the Australian branch of General Motors Corp. When he died there, in 1967, his extensive archive, filled with evidence of his work, was lost.

It is no wonder, then, that it took such painstaking research to bring Ganz’s contributions to light. At times, this book may be a bit too auto-technical for the average reader, but there is great value in the story being told. And I, for one, am grateful that such a reliable, easy-to-drive car was available and affordable — even to four college kids on a joyride across Europe.

Lillian Swanson is the managing editor of the Forward.

The Jew and Hitler’s Bug