Why Does Hollywood Love the Holocaust? 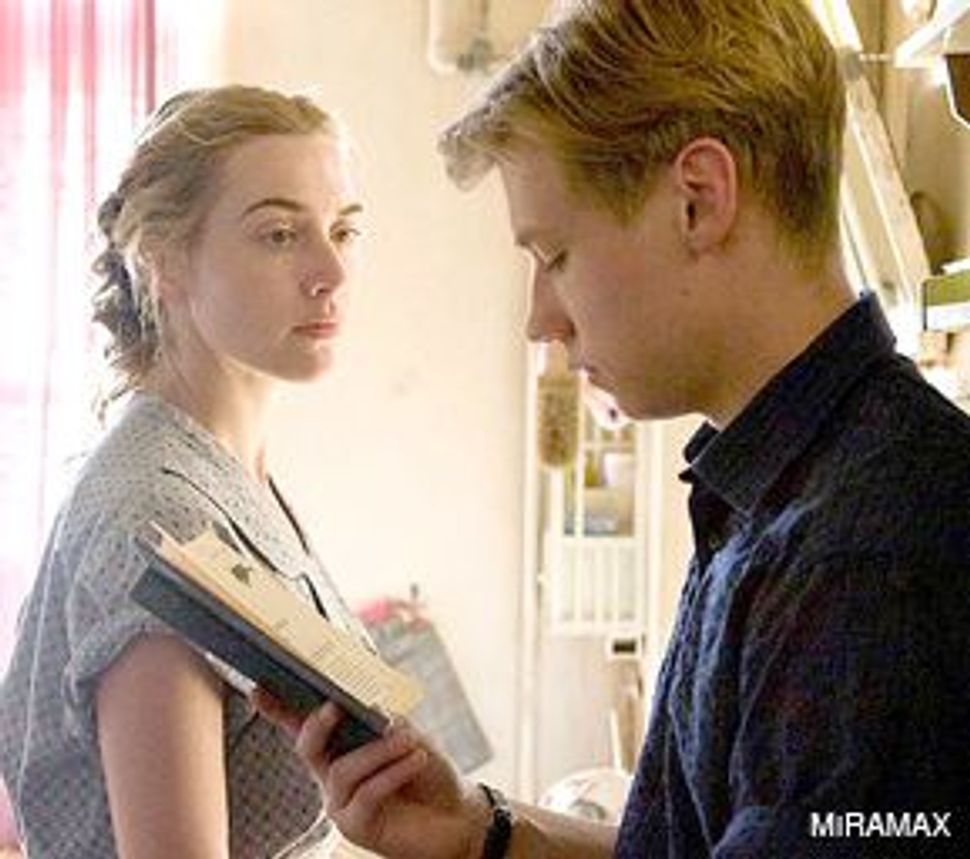 A NEW READ ON HISTORY: Kate Winslet and David Kross star in the Oscar-nominated ?The Reader,? one of five Holocaust-related films now in theaters.

Los Angeles — With “The Reader” garnering five Oscar nominations, and just as many Holocaust-related films playing this winter, Hollywood’s long-simmering romance with one of the greatest tragedies in human history is reaching a fever pitch. Even a former official of the United States Holocaust Memorial Museum has a certain fatigue. 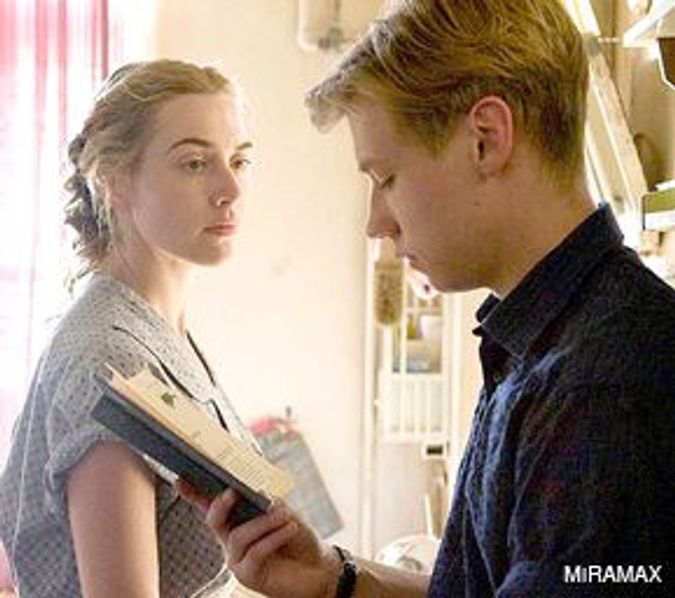 A NEW READ ON HISTORY: Kate Winslet and David Kross star in the Oscar-nominated ?The Reader,? one of five Holocaust-related films now in theaters.

“I find myself wanting to take my wife out to a non-Holocaust film, and everything is touching on the Holocaust,” said Michael Berenbaum, who now teaches in Los Angeles at the American Jewish University.

Indeed, “The Reader,” “Defiance,” “Valkyrie,” “Adam Resurrected” and the “The Boy in the Striped Pajamas” all touch in some way — while not necessarily directly — on the slaughter of the 6 million. In view of this recent spate of films, how to explain Hollywood’s continuing fascination with the Holocaust?

The answer is not a simple one. In interviews with the Forward, film directors and scholars offered a wide range of views on what compels the movie business to grapple with the myriad facets of Holocaust history, and the myriad lives shaped by the Holocaust’s indignities. Are the reasons primarily commercial? Artistic? Moral?

“Part of it has to do with the fact that the Holocaust is about ultimate issues,” explained Berenbaum, who served as senior consultant on the 2004 documentary “Imaginary Witness: Hollywood and the Holocaust.” “People face life and death challenges once or twice in their existence, and Holocaust survivors and victims faced it as an everyday issue.”

In an industry long transfixed by matters of good and evil — think Westerns, where cowboys and Indians were depicted simply as respective good guys and bad guys — the Holocaust provides fertile ground for a host of such narratives. And in keeping with Hollywood conventions, including the imperative of a happy ending, even Holocaust movies often include some element of redemption.

In a January 9 opinion piece in the pages of this newspaper, historian Deborah Lipstadt warned of the dangers of romanticizing the Holocaust. Parsing the case of the recently debunked Holocaust memoir “Angel at the Fence,” which turned out to be fiction, Lipstadt mused on what led publishers and film producers to ignore the warning signs that Herman Rosenblat’s story was utterly implausible. “They all seemingly wanted a story that made the Holocaust heartwarming, even though, as Waltzer aptly put it, the ‘Holocaust experience is not heartwarming, it is heart rending,’” Lipstadt wrote, referring to historian Ken Waltzer.

Mark Jonathan Harris, director of two Academy Award winning Holocaust documentaries, traced the abundance of Holocaust films to the idea that people are fascinated by how they themselves might have behaved. “These are deeply emotional subjects,” Harris said. “The fascination and why people keep returning to it is because they keep returning to the question of ‘how would they have acted?’”

In “The Reader,” which is also up for best picture, the question revolves around how the hero of the story — the former concentration camp guard’s lover, played as an adult by Ralph Fiennes — is later compromised by the feelings he had for someone who participated in the brutality. That, Harris said, implicates all the Germans who stood by and allowed the horrors to occur. This sort of existential dilemma is also raised in “Defiance,” a tale about Jewish partisans directed by Edward Zwick.” In that film, the question is whether one would have resisted or gone passively to the death camps.

Others view Hollywood’s fascination with the topic in more pragmatic terms. Steven Ross, a University of Southern California historian, said that commercial concerns trump all else.

But while seminal films such as “Schindler’s List” (1993) — which many credit with paving the way for other Holocaust films — grossed more than $300 million worldwide and about $96 million domestically, there are plenty of examples of Holocaust films that proved unlucrative. Even “The Reader,” with its cache of Academy Award nominations, has grossed just under $13 million domestically so far. The film, which has seen almost no box office bump from the Oscars race, cost some $32 million to make.

Aside from this cultural moment, at least one filmmaker argues that Hollywood’s so-called obsession with the Holocaust is vastly overrated.

“I find it to be an antisemitic sentiment, because there are not a lot of films about the Holocaust,” said Daniel Anker, the director of “Imaginary Witness.” “There’s a degree of antisemitism when someone says, ‘Another Holocaust movie,’ and rolls their eyes, because there’s an implication that another Holocaust movie is one too many. No one rolls their eyes about Vietnam War movies, or other World War II movies.”

Why Does Hollywood Love the Holocaust?