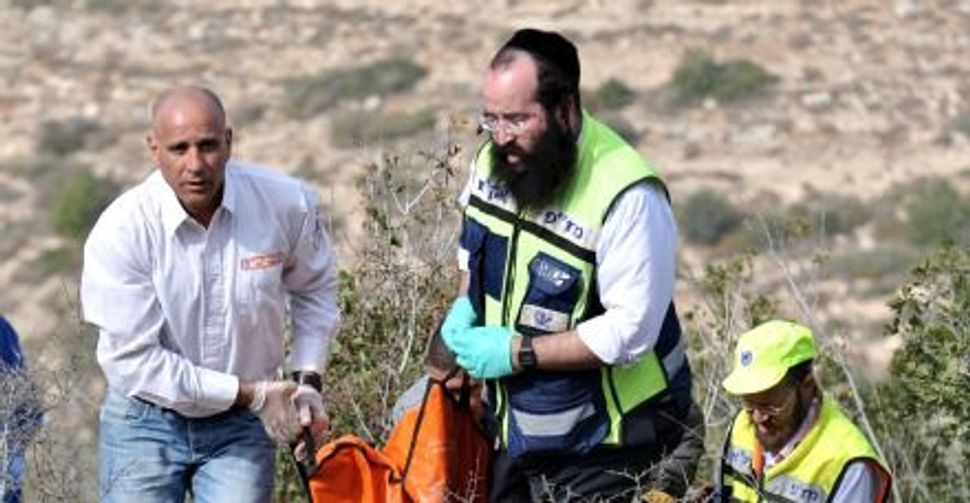 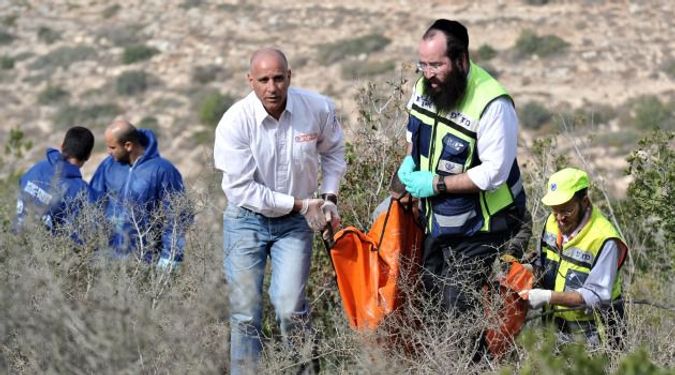 Reaching Out: ZAKA rescuers are a familiar sight at crime scenes in Israel and the West Bank. Now, the ultra-Orthodox group is reaching out to Palestinians in hopes of saving lives. Image by getty images

The image of Israel’s Haredim has taken a public battering over the past few months, particularly over the issue of discriminatory conduct toward women, which even a few Haredi groups have disavowed. But in an unusual act of outreach, some of these ultra-Orthodox Jews have recently found an original way of engaging with people outside their own closed religious world: cooperating to save lives.

Leaders of ZAKA, an Israeli medical and rescue organization best known for its work in the aftermath of suicide bombings, has launched a program that seeks to work with Muslim and Christian counterparts on emergency rescues.

In January, ZAKA announced its own interfaith platform. It came just as tensions between religious and secular society were boiling over the issue of gender segregation. At the tensions’ peak, some Haredim rioted in the town of Beit Shemesh. Some even donning death camp outfits to dramatize their own sense of victimhood at a rally in Jerusalem. Against this backdrop, ZAKA has assembled two dozen of Israel’s most respected religious leaders — from Chief Rabbi Yona Metzger to Muafak Tarif, head of Israel’s Druze community, and Mohamad Kiwan, who leads an association of imams in Israel — to sign a declaration committing themselves to a shared humanitarian vision.

The the declaration, signed on January 4 in Zichron Yaakov, reasons that because man is created in God’s image, people of all religions are obliged to “respect each and every person as he is, and to educate and transmit values and messages of peace.” On a practical level, this means that ZAKA will increase minority involvement — with outreach programs like a first aid course for Arab women — and increase the number of volunteers from Israel’s non-Jewish communities.

ZAKA’s chairman, Yehuda Meshi-Zahav, who himself was once a leader in the anti-Zionist fringes of the Haredi world, told the Forward that this new initiative represents a more sustainable form of interfaith relations than dialogue. “Every dialogue without actual action doesn’t have a future,” he said. Greek Melkite priest Touma Haddad, a signatory to the declaration, commented, “Sometimes talking is just not enough.”

Looking a little out of place in his Haredi clothes and side curls, Meshi-Zahav has spent the weeks since the declaration touring Arab villages, asking sheiks to support it by encouraging their followers to become ZAKA volunteers. Though the effect has not yet led to an increase in participation, he expects that it will do so over the next few months.

ZAKA already has 350 volunteers from Israel’s minority religions, who serve alongside the organization’s 1,150 Haredi volunteers and 350 non-Haredi Jews. When many of them gathered for the January interfaith declaration, the warm embraces and intimate conversations among them were testament to strong friendships formed over shared — and sometimes harrowing — experiences. Haredim chaired the proceedings, the Christians who provided the hall for the evening did the (strictly kosher) catering and a Muslim volunteer took photographs. “It’s the same God and the same values that make us volunteer together,” said Salach Badir, a volunteer from the Arab city of Kfar Kassem, which is located near Tel Aviv.

ZAKA was established in 1995 by Meshi-Zahav, who until a few years prior was known as the public face of the Eida Haredit, one of the most hard-line and extremist Haredi groups. He established ZAKA (the Hebrew acronym for Disaster Victim Identification) primarily to pick up body parts that were strewn about at the scene of terrorist attacks. ZAKA’s yellow-jacketed volunteers became a common sight on news reports from Israeli bomb scenes.

ZAKA expanded to provide medical and search-and-rescue services, and established an international unit that has helped after disasters occurred in Haiti, Japan and elsewhere. Its domestic operation relies on volunteers who, tapping into networks for Israel’s state emergency services, can often be first on the scene.

Since setting up ZAKA, Meshi-Zahav’s ideology has mellowed — to the extent that he is now a vocal critic of the extremist camp to which he once belonged. “I believe that as long as we in the Haredi community do not stand up and reject the actions of those extremists who are now tarring the reputation of the wider ultra-Orthodox community, we condone their unacceptable behavior with our silence,” he told the Forward in relation to the recent violence. On his Facebook page he has even likened Haredi extremists to “terrorists.”

As ZAKA expanded, its volunteer base grew beyond the Haredi community. It attracted Jews of all religious stripes, as well as people of every other religion. Volunteering became especially popular in outlying Bedouin villages. With ZAKA training, individuals can provide quick responses for their community and for others nearby, while state emergency services can take some time to arrive. In one of ZAKA’s newest programs, Haredi and Muslim volunteers have started running a course in accident prevention and first aid for women in Arab towns.

With its new declaration, ZAKA resolves to capitalize on the interfaith aspect of its work and “have ZAKA volunteers as opinion formers within their communities, working to encourage co-existence, helping and assisting others and instilling values of peace and co-existence.”

The declaration acknowledges that the imperative of various religions to “honor the living and the dead” has attracted many of ZAKA’s volunteers and should be capitalized on to increase ZAKA’s membership and further promote this interfaith ideal. It says that “with more and more volunteers working together, the barriers will come down, people’s outlook on life changes, and we become more united, focused and better people, bringing closer the prospect of peace.”

Badir said that barriers have already come down in his community — the first to run the women’s course, which he facilitated. Badir said that when he first volunteered with Haredim, “some people thought it was strange, but now it’s totally accepted.”