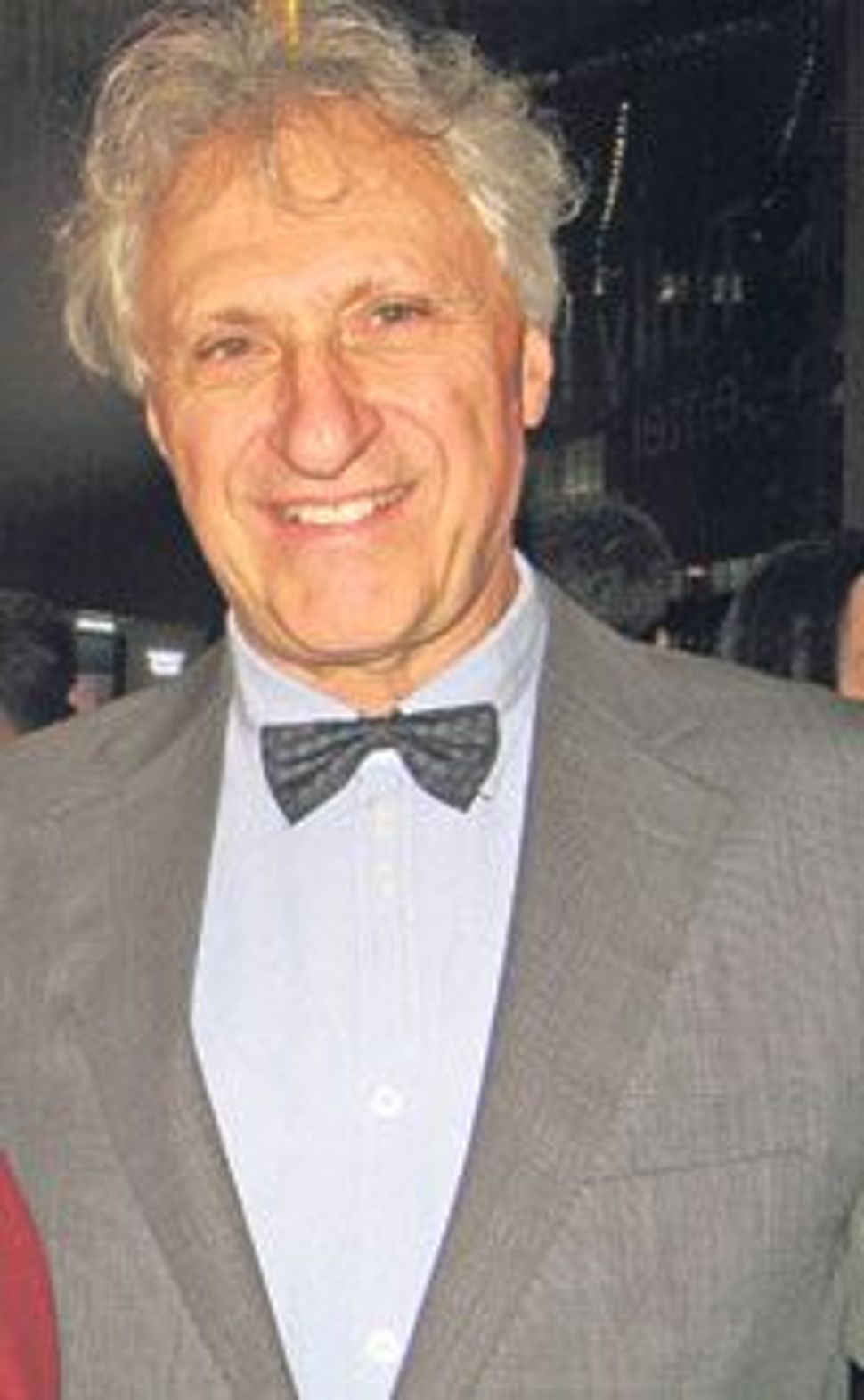 Binyumen Schaechter warned me about the January 22 DVD launch of “When Our Bubbas and Zeydas Were Young — The Schaechter Sisters on Stage”: “Even though you’ve got reserved seats, you’d better get there early; the performance is oversold!” The film stars his daughters, Reyna Schaechter and Temma Schaechter. When I arrived at the Center for Jewish History an hour early, the line was already daunting. After the screening, the sisters (now respectively 17 and 12, two years older than when the live program was filmed) were joined by the film’s producer-director, Josh Waletzky, and by their father, who is also the program’s director and pianist, in a roundtable overview moderated by Eric Goldman, founder and president of Ergo Media, the film’s distributor.

In the film, the sisters — often in costume — act out each song in an animated, comedic or serious mode. Schaechter, conductor of the acclaimed all-Yiddish 40-voice Jewish People’s Philharmonic Chorus, accompanies his daughters at the piano and introduces each song, explaining its context. Composers and writers whose work is featured include Michl Gelbart, Mordecai Gebirtig, Itsik Manger and Avrom Reisin.

“These are songs about the shtetl… there is a heritage and language connection,” Goldman observed, and yet he wanted to know how particular pieces were selected for the program. Schaechter responded: “I focused on Yiddish songs that have characters in them — children, teens, parents, rabbis… songs that were good for my daughters and yet have relevance today.” Temma piped in: “My dad know what’s good for us. [He picks] songs that fit our talent. Our dad is one of the most talented musicians, [who] can do things in Yiddish that are amazing!” Reyna added: “Yiddish is the language in our family. My dad’s parents have 16 Yiddish-speaking grandchildren.” Waletzky mused, “Some of the songs don’t get the respect they deserve.”

The 18 songs on the program included “Kartofl-zup Mit Shvamen” (“Potato Soup With Mushrooms”), “Ot Geyt Yankele”(“There Goes Yankele”), “Kum Leybke, Tantsn” (“Come, Dance Leybke — No Matter If You Are a Zionist or Socialist”), “Afn Veg Shteyt a Boym” (“A Tree Stands on the Road”).

If you missed the concert, get the DVD and send a copy to your children and grandchildren. What a delicious introduction to Yiddish and Yiddish song!

“It’s been a great year for Bezalel across the globe, with exhibitions in London, Venice, Paris and Israel,” declared Ilan Kaufthal, chairman of the Friends of Bezalel Academy of Arts and Design, at a January 24 gala. The event honored Albert Hanan Kaminski, a senior lecturer in the school’s animation department. An inaugural Blanche and Romie Shapiro Award for Outstanding Service to Bezalel was presented to Sivia Loria, vice president of the Friends of Bezalel board of directors. Blanche and Romie Shapiro, who founded Friends of Bezalel more than 30 years ago, are both 102. 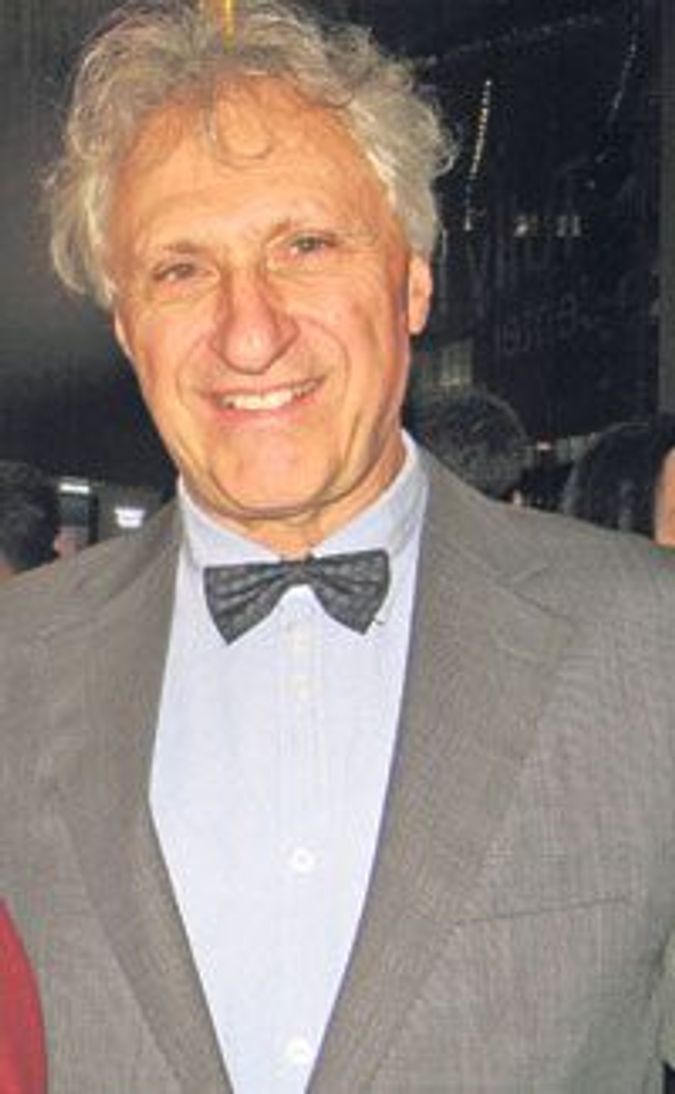 Kaminski, whose 1995 film “The Real Shlemiel” won the Grand Prix of the Augsburg Children’s Film Festival, said: “We never dreamed our students would win 100 national and international awards for their films!” Before dinner, Kaminski told me that he was born in Belgium and immigrated to Israel at 20. “My father was born in Moshlowa near Kielce, Poland, and went to France in 1937,” he said. “He fought in the French army, became a POW for five years in Germany and ended up being liberated by the Russians.”

Kaufthal welcomed Bezalel graduates Yael Alkaley and Ronit Levin Delgado, commenting that they are “the first arts graduates from Israel who have been chosen for the Fulbright Fellow Masters program — a great honor for you individually and for the academy.” We then watched a montage of films by Bezalel students, including “Howl,” a hand-drawn short by Natalie Bettelheim and Sharon Michaeli that was showcased at the January 10 pre-festival opening night of the New York Jewish Film Festival.

Kaufthal announced: “At home in Jerusalem, by 2012 we can be in a position to put a shovel in the ground for our new home in the center of the city. Such a move will revitalize the city as none has done in recent years.” Acknowledging New York City’s Pratt Institute president, Thomas Schutte, in the crowd, Kaufthal said, “We’re delighted that you’re here, and we hope Bezalel and Pratt can collaborate on many creative endeavors in future years.”

At dinner, each guest was provided with a boxful of multicolored clay sticks. Rony Oren, a Bezalel senior animation lecturer, taught the black-tie crowd to create a purple penguin claymation character.

Among the honored guests at the gala were Ido Aharoni, Israel’s consul general; Anat Gilad, consul for cultural affairs; Zvi Barak, Bezalel Academy’s chairman of the board, and Bezalel Academy President Arnon Zuckerman.