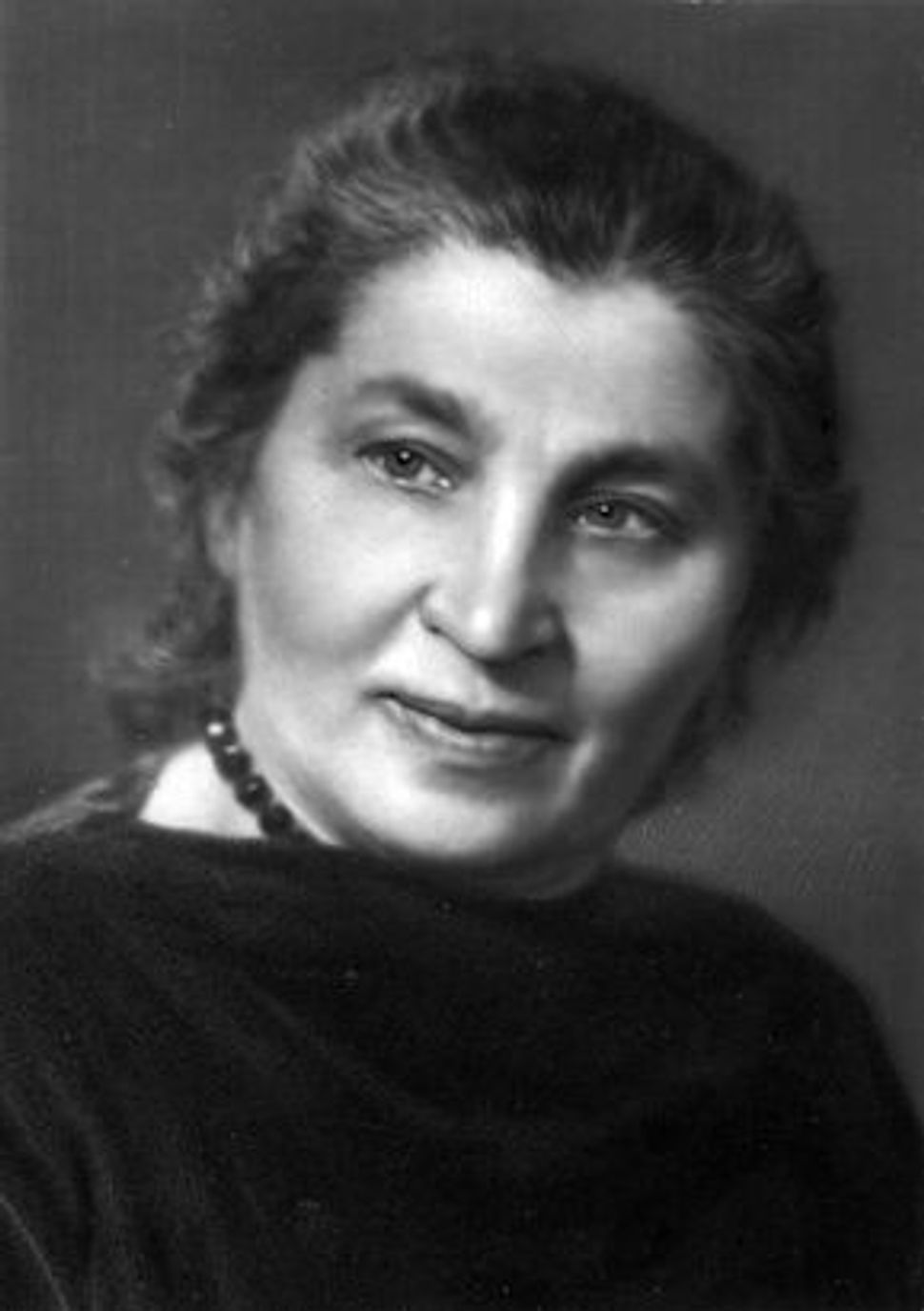 GORSHMAN: The Soviet Yiddish writer is the subject of a film.

Each month, a handful of New York feminists, who are also students of Yiddish, get together in each other’s homes to read the work of Yiddish women writers. Several writers, a couple of filmmakers and librarians, a culinary scholar and a singer/songwriter form the core of the group. Our population, however, expands and contracts, following cycles of visiting researchers, friends and the occasional curious academic. 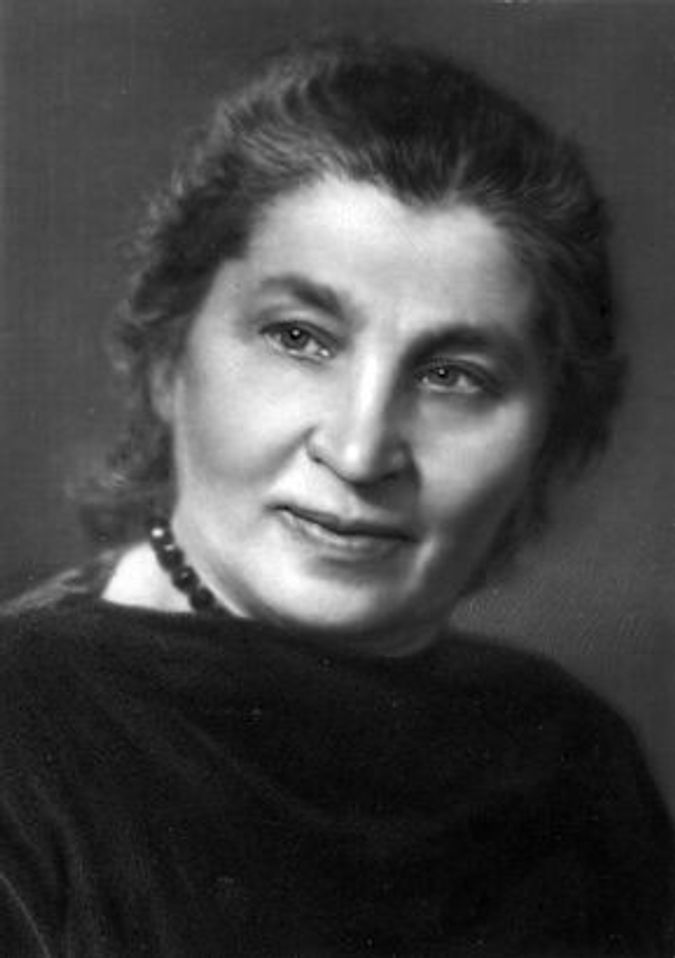 GORSHMAN: The Soviet Yiddish writer is the subject of a film.

Even in the shtetl New York, the process of how folks come to Yiddish and how Yiddish comes to them continues to mystify. We are an eclectic, international group with backgrounds ranging from secular left to Modern Orthodox. Some were raised by Yiddish-speaking parents; others studied Yiddish in college. But our collective knowledge of Jewish languages, culture and religion enhances our experience and energizes our efforts to learn and practice Yiddish.

Hosting our gatherings involves, yes, a pot of tea and a little something to nosh on, along with laying out our finest assortment of dictionaries and that massive Yiddish thesaurus, Der Oyster *(The Treasure). The pouring of the Yiddish *glezele tey (cup of tea), and our discussion of the reading material in *mameloshn, *connects us to the lost ones, the ones who inhabited the worlds described in our readings.

The Oxygen Svive (svive is Yiddish for “sphere”), as we call ourselves, or *zoyershtof *(oxygen) *nitses *(suffix indicating female individuals), is currently exploring the work of Soviet Yiddish writer Shira Gorshman.

Gorshman, who was born in Krok (Krakes), Lithuania, in 1906 and died in Israel in 2001, was first brought to our attention by Boris Sandler, himself a Yiddish novelist and the editor of the Forverts. Shortly before Gorshman died, Sandler sought her out in Israel for an interview, which he documented on film. Recently, he developed the piece into a documentary, to be screened at New York’s YIVO Institute for Jewish Research on February 20. The Oxygen Svive created the film’s English subtitles. It was a win-win situation for everyone involved in the project, as it offered the svive an opportunity to immerse itself in Gorshman’s actual life — complete with Lithuanian Yiddish dialect and historical context — and to produce a fluid, contemporary English translation, connecting our world to hers, by way of Sandler, who helped us decipher some of the more difficult shprikhvertlekh (folk sayings) and agrarian vocabulary.

Gorshman was born and raised in a traditional Yiddish-speaking home in rural Lithuania. She began writing in Yiddish in Soviet Russia at a time when writing about anything other than the promotion of Soviet ideology was banned. While we are postmodern readers and writers in our current American lives, we are also familiar with the pressures that previous generations endured by supressing their knowledge of Yiddish in order to better integrate into society at large. After all, studying and speaking a language that has fallen into colloquial disuse, and whose mere mention evokes laughter, is not exactly cool, yet somehow remains very absorbing to us zoyershtofnitses.

Gorshman’s feelings for Yiddish and Yiddishkeit seem to have been deeply imprinted in the writer’s shtetl of Krok. In many of her stories, there are passages that simply could be called flashbacks. One might be reading a tale of an artist salon in a Moscow apartment, when suddenly one finds a shtetl memory emerging, bringing with it a description of Yiddishkeit couched in visual imagery. These flashbacks were used by Gorshman as a tool to remove the veil of silence imposed by the Soviet authorities. For the post-World War II Gorshman, who could no longer physically locate the Yiddish world of Krok in which she was so rooted, these stories, with their persistent memories, preserve both language and context of worlds that were annihilated.

Coming of age during the Russian Revolution most likely incited Gorshman’s fiery spirit and prompted her to leave an abusive home while very young. By the time she was 20, she had already given birth to three daughters, ended her first marriage and moved to Palestine to join G’dud ha-Avodah (The Labor Battalion), a radical communal group that leased itself out to various work projects in the nascent Jewish territory. When it appeared that Palestine would not, after all, become deeply committed to the ideals of the Communist Party, G’dud ha-Avodah split and Gorshman followed the more left-wing faction to Crimea, in Russia, where the Soviets were resettling Jews in agricultural communes.

A fervent revolutionary who since childhood was no stranger to hard work, Gorshman describes her excitable vigor in her only novel, “Khanes Shof un Rinder” (“Hannah’s Sheep and Cattle”), a work gleaned from autobiographical material and originally published in the Soviet Union in 1983. At the height of her cowhand prowess, our hero delivers calves with such tenderness that it’s hard to foresee the blow she delivers to a fellow communard shepherd — but we’d hate to ruin a great story by revealing how she survives her trial after the shepherd reports his beating at the hands of a woman.

Luckily for Gorshman, a troupe of artists sent by Stalin to document life on the commune came to visit, bringing the delightful and soon-to-be-smitten painter Mendl Gorshman. Shira was bedazzled by his painterly talents and charm, and before anyone could say Molodyets! (Way to go, comrade!) the couple was off to start a new life in Soviet Moscow.

Gorshman’s oeuvre consists mainly of short stories, many depicting the foibles of Soviet urban existence and the eccentricities of Lithuanian shtetl life. She attributes to Mendl her engagement with the artistic pursuit of writing, even though he was not supportive of it. He felt she had enough to do keeping house.

Her Soviet-style tales of devotion to work also manage to relay the difficulty and resilience she had as a woman in a man’s world. And not least of all, Gorshman writes about a woman’s world, replete with recipes and medicinal herbal lore. Yet we enjoy her most for her rebelliousness and her feistiness, reflected in her fiction as well as in her ability to get past the Soviet censors. She not only wrote and published in Yiddish, but also cast a critical yidisher blik (Jewish perspective) on Soviet society.

Reading and conversing in Yiddish in our svive evokes personas from a past that was torn violently from us. Gorshman’s work is a saving remnant. She wrote fiercely, employing a critical and courageous eye in facing history. Most of all, she never stopped observing and recording. Even when Parkinson’s disease curtailed her ability to hold pen to paper, she then, according to Sandler, hired a local scribe, to whom she transmitted her stories orally. Between 1990 and her death in 2001, Gorshman published five books in Yiddish; one was translated into Hebrew. Two of the four books she published in Russia were translated into Russian.

For the zoyershtofnitses, reading and speaking Yiddish is the key that opens the door to the fleeting and ungraspable. Readers of Gorshman’s work, and viewers of Sandler’s film (available through the Forverts’s office), have a unique opportunity to experience a vanished people and culture.