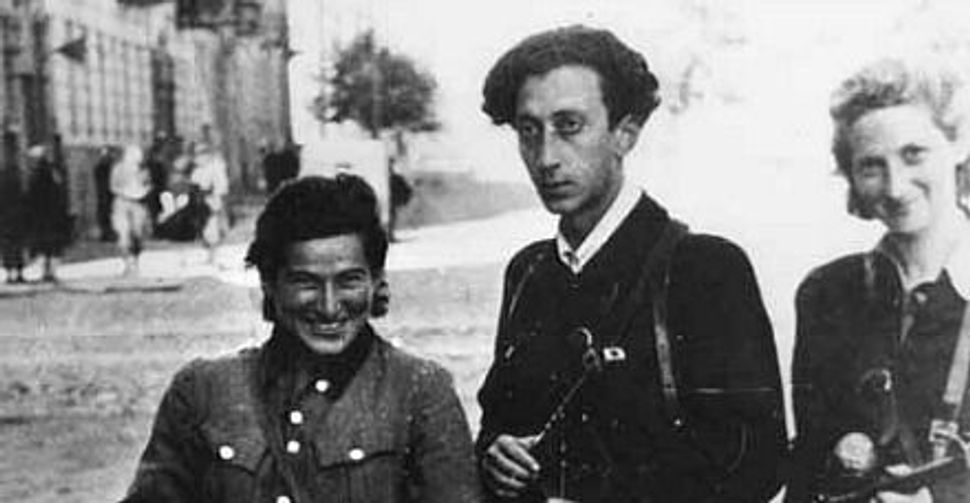 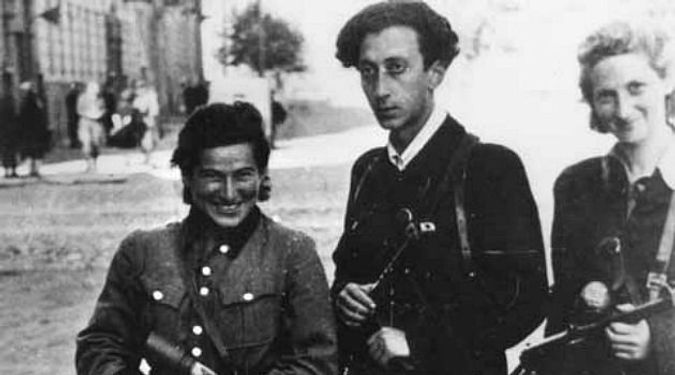 Faces of Resistance: Vitka Kempner Kovner, right, was credited with the first act of resistance against the Nazis in the Vilna ghetto. She is shown with fellow partisans Rozka Korczak, left, and Abba Kovner, center.

Widow of the poet and partisan leader Abba Kovner, she was born in the Polish town of Kalisz in 1920 and escaped from there to Vilna when the Germans invaded Poland.

Vitka Kovner was among the founding members of Abba Kovner‘s partisan organization, the FPO (United Partisan Organization) when it was organized in the Vilna ghetto in January 1942.

Her act of sabotage act, blowing up a Nazi train, was the first carried out by the FPO organization and possibly the first act of resistance by any woman against the Nazis in Eastern Europe.

Hirsh Glik‘s Yiddish song Shtil di nakht iz oysgeshternt(The silent night is full of stars) described her act of resistance. In 1946 she and Abba Kovner came to Palestine and settled in the kibbutz Ein Hakhoresh where they raised two children.