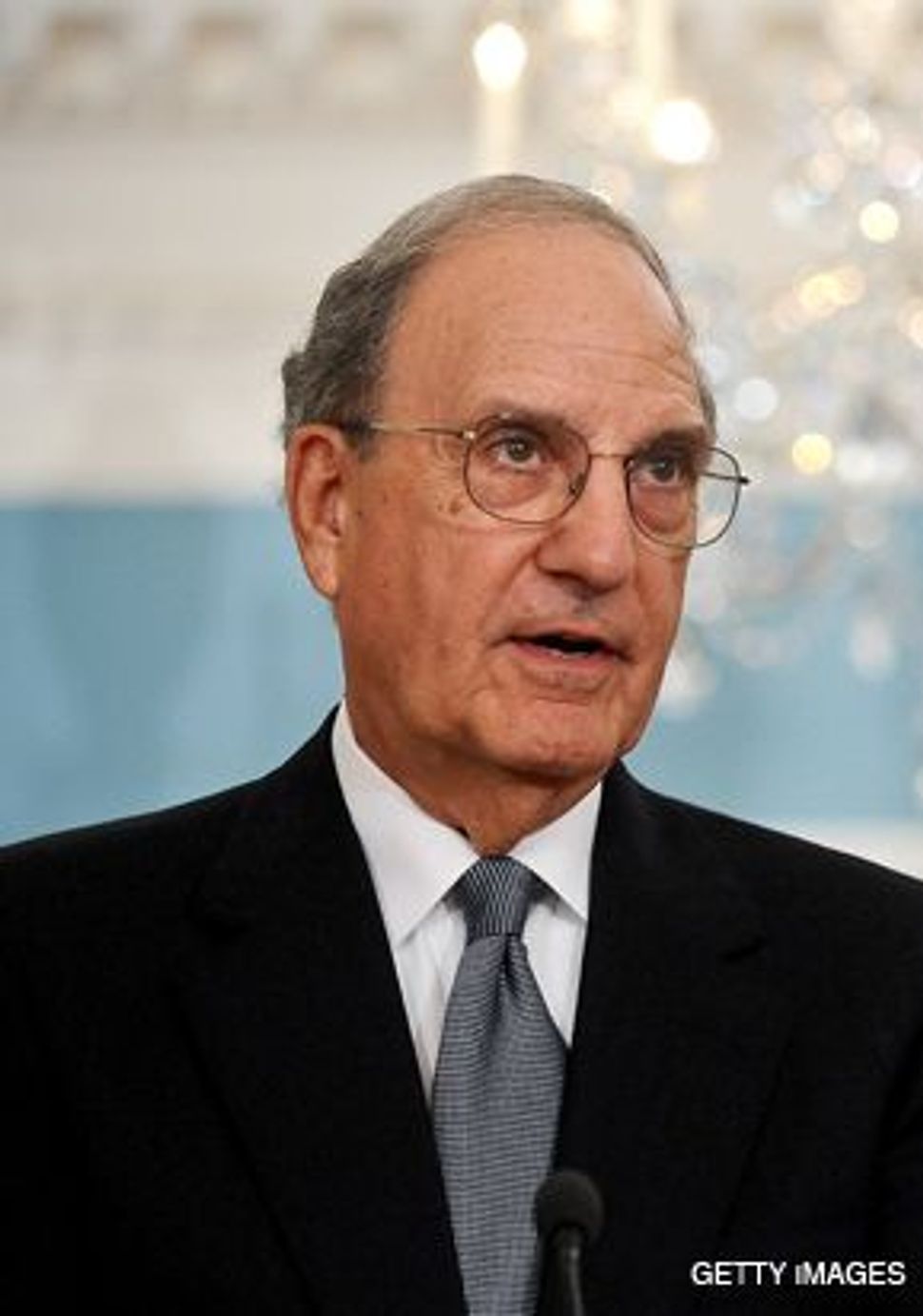 MITCHELL: The political bargaining in Israel may give U.S. envoy George Mitchell time to prepare and meet with allies.

Washington — Publicly, the administration of President Obama has pledged to “hit the ground running” in reviving Middle East diplomacy. But the indecisive results of Israel’s elections have provided the White House with breathing room it actually welcomes. 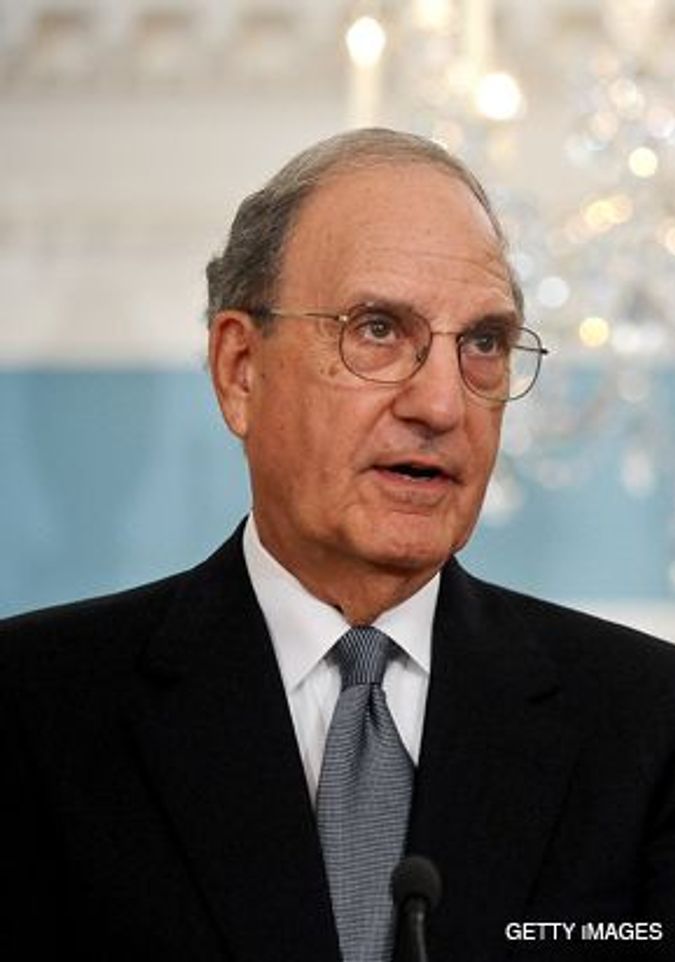 MITCHELL: The political bargaining in Israel may give U.S. envoy George Mitchell time to prepare and meet with allies.

Israel is now in a political limbo that could last as long as two months, a time during which major decisions will be put off until a new governing coalition is formed. According to experts and observers, the hiatus forced by the close outcome is, in fact, a blessing for the Obama administration as it allows a more thorough review of America’s policy toward the Middle East —in terms of Israel and also Iran.

The complexity of Israel’s election system has drawn attention in Washington, where TV analysts were hard-pressed to explain why Kadima’s lead does not necessarily translate into an electoral victory for Tzipi Livni in her bid to become Israel’s next prime minister. Israeli diplomats spent time briefing American officials on the results and preparing them for the long process of coalition building, expected to be even more exhausting this election cycle because of the close results.

Meanwhile, Obama’s foreign policy team will be facing the challenge of keeping up intense activity on Arab-Israeli negotiations, while waiting for an Israeli partner to emerge.

The administration will meet its first test in the region later this month, when the special envoy to the Middle East, former senator George Mitchell, is expected to embark on his second tour of the region. Diplomatic sources say there is no indication that Mitchell plans to cancel his trip, despite the political deadlock in Israel. He will, therefore, meet a caretaker government still led by Ehud Olmert, which can legally make decisions on any issue but is not expected to negotiate any long-term agreement.

This could be just the right thing for Mitchell, who is expected to focus on solidifying the Gaza cease-fire and helping out with the new agreement being brokered by Egypt. This agreement, according to press reports, will include an end of military activity on both sides and possibly the release of the Israeli soldier Gilad Shalit, who is being held by Hamas, as part of a prisoner swap. Mitchell will be in charge of persuading Israel to open the Gaza border crossings as part of the cease-fire agreement.

“It is true he will be meeting with a group of lame ducks, but there is still a lot he can do,” said Tamara Cofman Wittes, a Middle East expert at the Brookings Institution. “We are still in crisis-management mode.”

Moving forward on a broader peace plan for the region, a priority of the Obama administration, will require more preparation and intense negotiations with all parties, including the new government in Israel, once such a government is formed. For Mitchell, the extra time provided by the Israeli political uncertainty could be used to set up his team and complete the policy review.

“Two months isn’t a lot of time. Mitchell can move forward and prepare plans,” said Steven Spiegel, professor of political science at University of California, Los Angeles. “It will give the administration a little more leeway.”

The Obama administration has set forth an ambitious Middle East plan that is expected to boost Israeli-Palestinian peace talks, explore options for an Israeli-Syrian accord and launch a diplomatic dialogue with Iran. Although the specifics of the plans are not yet clear, Obama sent a strong signal about his intentions by taking on talks with the Palestinians and Israelis from his first day at the White House and quickly appointing Mitchell as special envoy.

“Now the administration has some more time to sound out regional partners,” said Jon Alterman, director of the Middle East program at the Center for Strategic and International Studies. “We are still in a situation where you can take advantage of some extra time.”

Time is even more important on the Iranian front, where the Obama administration is only at the early stages of policy review. In his February 9 news conference, Obama said his national security team is “currently reviewing our existing Iran policy.” He added that he expects “in the coming months” to look for opportunities for a face-to-face dialogue with Iran.

Secretary of State Hillary Rodham Clinton already made clear that she would consult with regional allies, including Israel, before engaging with Iran. In her January 13 confirmation hearing, Clinton stated that “the Obama administration will be consulting broadly and deeply, so that when we move, we will move in concert insofar as possible.”

Iran has already indicated it is interested in diplomatic talks with the United States and in moving quickly on this track. Foreign ministry spokesman Hassan Ghashghavi told reporters in Tehran on February 11, “We don’t want Mr. Obama to miss this opportunity.” It is not clear, however, that the Iranian timetable suits that of the Obama administration.

Postponing engagement with Iran for several months, until there is a new government in Israel to consult with, could help the Obama administration deal with one of the main dilemmas with which policymakers are grappling: whether to start the diplomatic overture before Iran’s June 12 elections and risk strengthening President Mahmoud Ahmadinejad, or to wait for a potentially new and more moderate leadership in Tehran after the elections. With the Israeli political calendar pointing to mid-April as a possible deadline for creating a new government, it now seems more likely that diplomatic discussions with Iran will be put off until after the country goes to the polls.