For Jews, Gross Case is Complicated 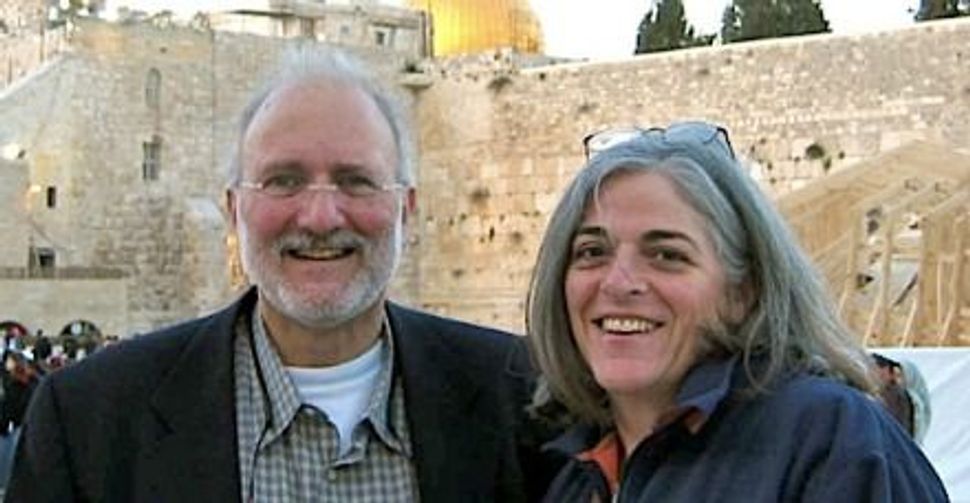 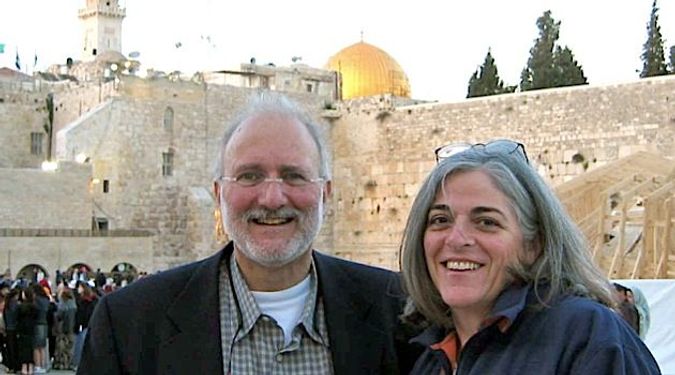 Happier Days: Alan Gross, with his wife, Judy, in Jerusalem in 2005. Image by courtesy of gross family

The American Jewish community has always seemed uneasy about the case of Alan P. Gross. On the one hand, he is an American citizen, a Jew from suburban Washington who was arrested in Cuba in 2009 for doing nothing worse — so Gross’s supporters claim — than trying to improve telephone and Internet services for Cuba’s tiny Jewish community. Which Jewish organization would not want to do everything in its power to help Gross, who at 62 years of age is facing a 15-year jail sentence and has a mother and a daughter battling cancer?

Communal reticence to turn Gross into a cause célèbre — and there has been some, despite claims to the contrary — stems, in part, from the fact that Gross’s mission was not altogether altruistic. He was in Cuba on a $500,000 contract from a subcontractor of the U.S. Agency for International Development. Despite claims from the American government that Gross was doing nothing illegal, revelations in early February that he was carrying high-tech satellite equipment commonly distributed by the CIA and the Defense Department did little to allay suspicions that Gross’s mission, whether he knew it or not, was more than simply humanitarian. Evidence that Gross may have compromised members of at least two American Jewish humanitarian trips to Cuba, now identified by the Forward, appears only to have made matters worse.

Suspicion of Gross’s actions has always lurked in the background. Although Gross’s legal team has painted him as a naive American contractor unaware of the consequences of his actions, and although the Anti-Defamation League and the Conference of Presidents of Major American Jewish Organizations protest that Gross was only trying to help the Cuban-Jewish community, executives at some major Jewish organizations say they have been skeptical for some time. “We had heard some rumors of something like this,” said Dina Siegel Vann, director of the Latino and Latin American Institute of the American Jewish Committee. But “when it came out with so much detail, it did surprise us.”

Those details, revealed by The Associated Press, included extracts from reports that Gross filed so that USAID could track his progress. Gross’s USAID contract in Cuba fell under the 1996 Helms-Burton Act, which was designed to foster “democracy-building” in the communist nation. The Cuban regime perceives all Helms-Burton programs as a threat and deems all USAID programs in Cuba illegal. That’s why Gross allegedly told Cuban immigration officials that he was conducting Jewish humanitarian work when he was actually working for the American government. “This is very risky business in no uncertain terms,” Gross wrote in one report that filtered back to USAID. “Detection of satellite signals will be catastrophic,” he wrote in another.

Some Jewish executives see this as further proof that Gross’s case was never a Jewish issue. Because Gross was in Cuba working on an American government program, they argue it is the American government’s responsibility to free Gross. Some still chafe at Secretary of State Hillary Rodham Clinton’s 2010 appeal to the Jewish community to take up Gross’s cause. “It was total bullshit by Hillary,” said one high-ranking Jewish executive, who did not wish to be named for fear of offending the American government. “Everybody had been begging the State Department to speak up, and when she does, she does so by saying, ‘You guys need to be loud.’”

The Jewish case for Gross is weakened further by the fact that Cuba’s Jewish community had access to the Internet and to an intranet before Gross began his Cuban missions in 2009. Two years earlier, World ORT, a Jewish educational and vocational training group, funded an intranet linking six Jewish communities in Cuba. During the past decade, World ORT funded computer labs in Havana and Santiago. When Gross arrived in Cuba with his computer equipment, so goes one argument, the Cuban-Jewish community saw him as no different from just another representative from a foreign Jewish group, like B’nai B’rith International and the American Jewish Joint Distribution Committee, which regularly bring to Cuba “humanitarian supplies” such as religious articles, medicine and educational materials.

Arturo Lopez-Levy, a former secretary of Cuba’s B’nai B’rith Maimonides Lodge who now lives in the United States, said that no Cuban Jew would risk his freedom or that of the Cuban-Jewish community for an American democracy-building program. Cuban Jews can visit Israel or even immigrate there if they wish. Cuba and Israel enjoy close ties. “We have achieved a modus vivendi with the Cuban government,” Lopez-Levy said of the Cuban-Jewish community. “We have freedom of religion, Birthright trips. Why do we have to risk our status for this?”

But at least one member of the Cuban-Jewish community may have known what Gross was doing, according to one of Gross’s reports to USAID, which noted that a community leader ”made it abundantly clear that we are all ‘playing with fire.’”

American Jewish activities in Cuba may have been jeopardized, too. Although most of the equipment that Gross brought into Cuba was legal, the volume of smart phones and other gadgets appears to have given him sufficient concern to distribute some items among American Jews who were traveling on humanitarian missions and instructed to drop off the devices at Gross’s hotel room. Gross asked at least two Americans to do this, according to a Cuban court document obtained by Cafe Fuerte, a Miami blog.

The Forward was unable to verify the authenticity of the document. However, the Jewish Federation of Broward County, whose former senior vice president Suzanne Andisman was named in the document as having transported an item for Gross, did not deny the allegation when asked on February 15. Richard Klein, an executive at the Jewish Federations of North America, was also named in the document. When reached at his home February 21, Klein said he was “not allowed” to discuss the matter. William Daroff, the JFNA’s vice president of public policy, declined to comment on Andisman and Klein. “I have no confirmation independent of your reporting of any of the information you are relaying,” Daroff said in a February 21 email. When asked if the JFNA could contact Klein for confirmation, Daroff did not respond.

The JFNA gave Gross’s wife, Judy Gross, a prominent platform at the closing session of its 2011 General Assembly, where she made an impassioned plea on her husband’s behalf. Judy Gross described her husband’s lifelong commitment to humanitarian work, and told of the terrible emotional and physical toll his incarceration has taken on him and on his family, including Gross’s mother, who “is heartbroken that she may never see her son again.”

“Alan and we are desperate for him to return home,” Judy Gross said.

For Jews, Gross Case is Complicated