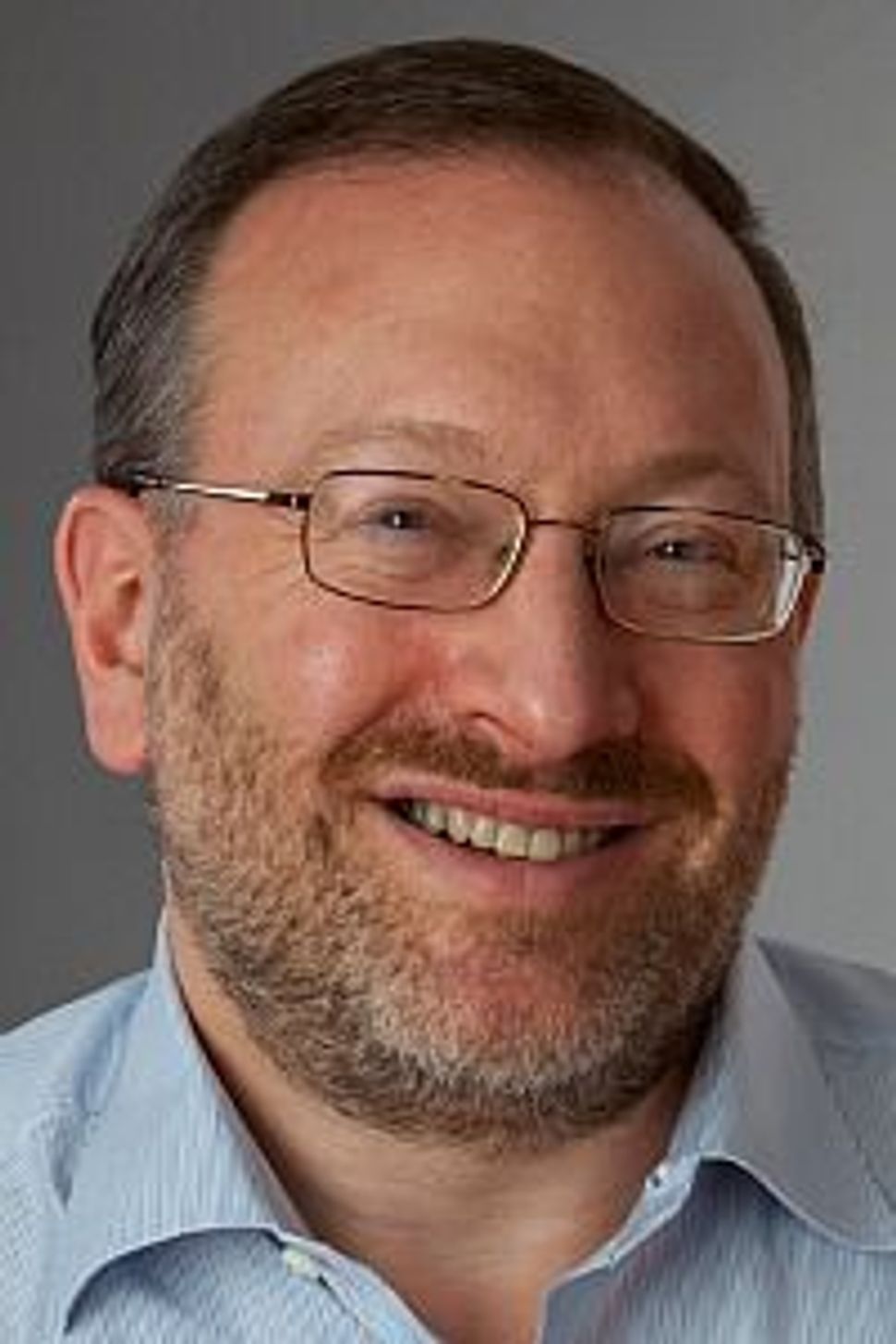 When The Times of Israel, a new Web-only, English-language Israeli newspaper, hit the Internet in February, its glossy design and professional graphics moved many to wonder what well-heeled backer might be behind this latest entry into Israel’s crowded media market. 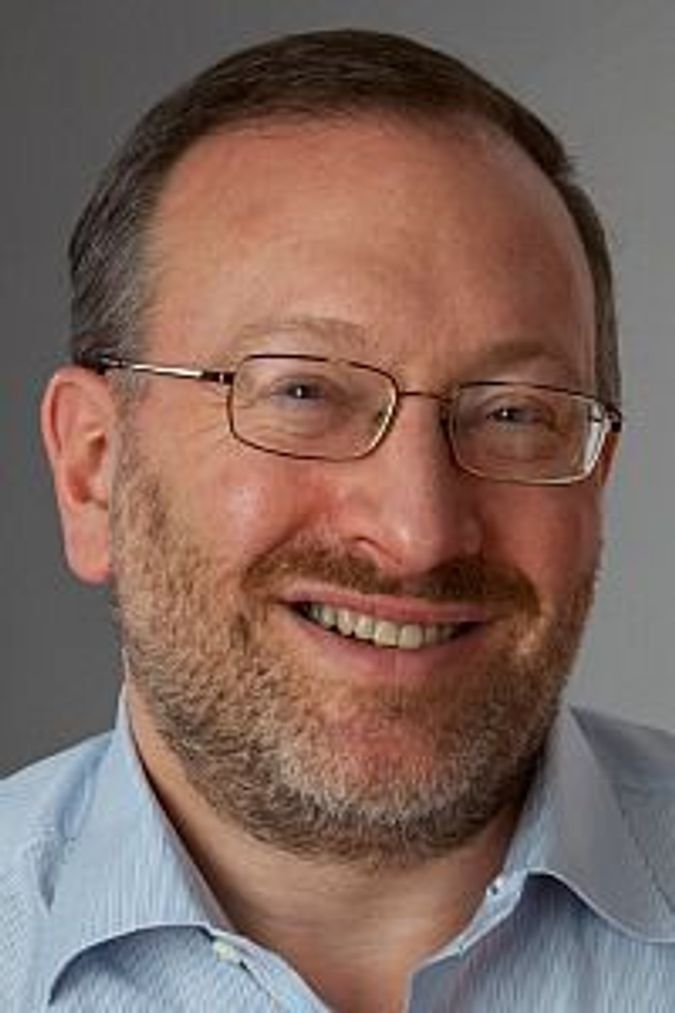 As it turns out, Seth Klarman, another wealthy American Jewish investor, is following in the footsteps of Sheldon Adelson and Ron Lauder in acting on his belief that coverage of Israel within Israel itself is unbalanced and unjustifiably hostile — and that he can do something about it.

In a statement to readers of the new media outlet, Klarman, the paper’s financial backer, wrote that he would have no editorial control over the publication. But he also made his motives clear.

“My own interest in Israel has become even stronger post-9/11, when the threat of terrorism and the danger of radical Islam collided with a global campaign on many fronts to delegitimize the Jewish State,” Klarman wrote. “As a longtime student of the history of anti-Semitism, I know this blind hatred is never the fault of Jews….”

The surprising background fact is that Klarman’s involvement with Israel is basically new. He took his first trip to Israel only seven years ago. But the wealthy investor defies simple categorization. His statement on the paper’s launch seems to toe a familiarly hawkish pro-Israel line. But Klarman also describes himself as an opponent of Israel’s policy of establishing exclusively Jewish settlements on the occupied West Bank, calling it a mistake “from the beginning.”

“I don’t think he’s ideological,” said Barry Shrage, president of Boston’s Jewish federation, the Combined Jewish Philanthropies, to which Klarman has been a major donor. “It doesn’t pay to stereotype this man.”

Soft-spoken and publicity shy, Klarman bears little resemblance to more flamboyant Jewish mega-donors. His tone, observed in videos of interviews posted online, is almost professorial. At 54, he’s relatively young. And though he matches other major donors in the scale of his giving — his foundation made more than $20 million in grants in 2010 — Klarman is relatively unknown outside his home Jewish community in Boston. That’s now set to change.

The mid-February launch of The Times of Israel gains Klarman entry into a small but growing club of prominent American Jews who own Israeli news outlets, among them Adelson, who owns the English and Hebrew daily Israel Today, and Lauder, who is an owner of Israeli television’s Channel 10.

The Times of Israel is a serious new player in a field crowded by two long-established English-language Israeli newspapers, The Jerusalem Post and Haaretz (with which the Forward maintains a partnership). Klarman’s paper will also compete with American Jewish outlets carrying Israel news, including the Jewish Telegraphic Agency and the Forward.

“We are independent; we’re not attached or affiliated with any political party,” Horovitz said of The Times of Israel. “It’s an independent, fair-minded journalistic venture, and I think it’s incredibly important to give people a sense of the options that Israel faces and create an informed and constructive debate.”

A few weeks into its run, The Times of Israel’s website leads with hard news, but its heart seems to be in its features. Aside from its section on Israel and the Middle East, The Times of Israel features a Jewish travel section, a section on Jewish life worldwide and a section on Israel’s high-tech sector. The paper also has a sprawling op-ed section that invites the public to apply for their own blogs to be hosted, in a Huffington Post-like arrangement, on the paper’s website.

Both Horovitz and Klarman emphasized in posts on The Times of Israel and in interviews with the Forward that Klarman will have no editorial control over the paper. The Times of Israel is theoretically for-profit, and Horovitz said that he and Klarman were its only investors. Neither would say how much money had been invested in the venture. Horovitz said that the paper’s financial goal was to break even, and Klarman said that the financing he had provided was designed to last until the paper could support itself. Klarman said that he would donate any profits the paper earned to charity.

Klarman doesn’t exactly need the money. His hedge fund, The Baupost Group, has $24 billion under management. He’s an investing guru, a younger Warren Buffett known for a conservative yet highly profitable strategy that calls for buying undervalued assets and holding on to them for a long time.

Klarman operates at a remove from the day-to-day turmoil of the markets. In a November onstage interview with Charlie Rose at a Manhattan fundraiser, he said that his desk has no Bloomberg terminal, the essential trader’s tool that provides up-to-the second business information. The revelation stopped Rose dead.

“We’re making medium to long-term investments,” Klarman told Rose. “The only reason we care about the gyrations [of the market] is so we can buy something even cheaper.”

Some of Klarman’s investments have been controversial. A February profile in Fortune described opposition to a plan by a Baupost-owned firm to turn thousands of acres of Ontario potato farms into a massive rock quarry.

The Fortune profile also noted that $10,000 invested with Klarman when his fund launched in 1982 would be worth $1.55 million now.

According to one oft-repeated anecdote, used copies of Klarman’s out-of-print book on investing sell for more than $1,000 online. (Copies are currently available for $950 on Amazon and are a relative steal on eBay for $899.)

Public records show that Klarman’s political giving favors Republicans and GOP party groups. The political giving of his wife, Beth Klarman, leans Democratic. Both have given to Mitt Romney’s campaign in the 2012 election cycle.

The Klarman Family Foundation, meanwhile, had more than $255 million in assets at the end of 2010. The charity gives heavily to medical causes, including a $32 million donation made in late January 2012 to the Eli and Edythe L. Broad Institute of Harvard and MIT to fund research into how human cells work. The Klarmans also fund establishment Jewish groups, like the American Jewish Committee and Boston’s CJP. Klarman has served for decades as chair of Facing History and Ourselves, a Holocaust education group that uses classroom programs to combat anti-Semitism and other forms of bigotry.

But the foundation also has a focus on Israel advocacy. Klarman has been a board member of, and a major donor to, The Israel Project, a fast-growing pro-Israel advocacy group that seeks to provide information useful to working journalists. He gave the group nearly $4 million between 2008 and 2010.

The foundation has also given smaller amounts to the Middle East Media Research Group, an anti-Islamist research group whose board members include Elliott Abrams, a senior aide in several Republican administrations, and Steve Emerson, a researcher devoted to exposing ties, as he perceives them, between American Muslims and extremist Muslim movements. Klarman has also contributed to the Committee for Accuracy in Middle East Reporting, a group devoted to combating what it sees as anti-Israel bias in the media.

Klarman has also been the longtime chairman of The David Project, a Boston-based group mostly concerned with pro-Israel advocacy on campus. The group is also known for its long-running, and ultimately failed, effort to oppose the construction of a Boston mosque. Klarman said in an interview with the Forward that his interest in The David Project was in its campus work. The group has recently adopted a more moderate approach to campus activism.

“He’s a real, real supporter of Israel, but he also has some complaints about Israel,” said Jennifer Laszlo Mizrahi, founder and president of The Israel Project. “But when he has complaints about Israel, he tends to say them directly to the Israeli leaders.” Klarman “believes we keep them in the family,” Mizrahi said, describing Klarman’s view of how Jews should deal with their objections to Israeli policies. But Mizrahi said that she didn’t think this would apply to The Times of Israel.

Klarman’s foundation gave $285,000 between 2008 and 2010 to a group called the Central Fund of Israel. That group has been identified as a key conduit for American donations to charities supporting Israeli settlements in the West Bank. Klarman said in an interview with the Forward that the grants his group made through the Central Fund went not to a pro-settlement charity but to an Israel-based group that opposed media bias there. He also said that his foundation had since stopped making grants to the Israel-based group.

His foundation also gave $100,000 between 2008 and 2010 to Friends of Ir David, an American support group for Elad, an Israeli organization that has been accused of politicizing East Jerusalem archaeology to make a case for Jewish settlement there. The Israeli group’s activities have sometimes involved evicting Arab East Jerusalem residents from their longtime homes, to which the Elad claimed title.

Klarman’s first visit to Israel took place just a few years after 9/11 and was arranged by Jeffrey Swartz, former head of the shoe company Timberland. Klarman said in an interview with the Forward that his interest in Israel grew from a combination of the events of 9/11, the trip with Swartz, and a realization that radical Islam was a threat to both Israel and the United States.

In his note to The Times of Israel’s readers, Klarman described his hopes for the paper in terms of advocacy. “One of the most important of democracy’s freedoms is freedom of the press,” Klarman wrote. “I am a firm believer that the more people learn about Israel, the more they will understand how she responds with imperfect but exemplary morality and decency to life in the most difficult of neighborhoods.”