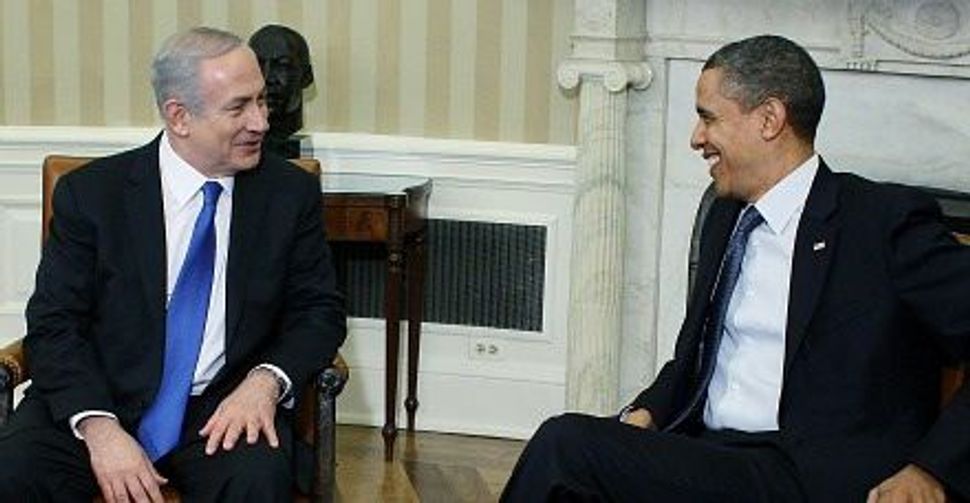 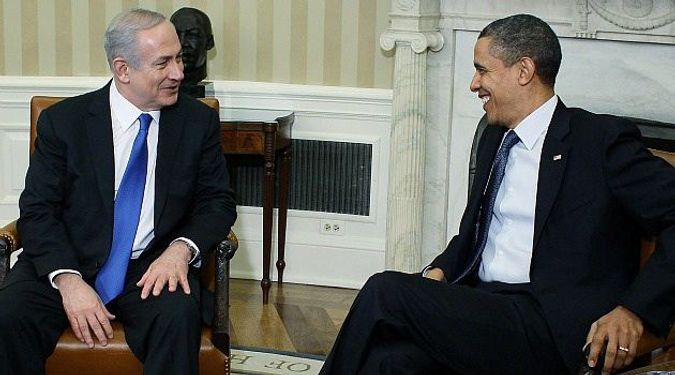 Benjamin Netanyahu’s gift to Barack Obama summed up his message at their White House meeting Monday.

The Israeli Prime Minister gave the President a copy of the Book of Esther, which tells the story of the Jews fighting back against a genocidal plot by the ancient Persians.

Netanyahu sees the nuclear threat posed by modern-day Iran as no less existential to Israel, and the leaders’ two-hour meeting did little to bridge their differences on how to respond to this.

In their face-to-face meeting, according to officials involved, Obama stressed the need to give diplomacy a chance. His position reflected the U.S. stance that the time frame for any possible military action would be many months away.

The U.S., according to a senior administration official, sees a time frame “more in the ballpark of a year than a month,” before Iran can acquire nuclear weapons; Israeli officials have spoken about a deadline of several months for stopping Iran.

Aides to Netanyahu said the Israeli leader provided Obama with a copy of the Book of Esther as a form of “background reading” on Iran.

The book, which is read during the holiday of Purim starting Wednesday, tells the story of an attempt in ancient Persia, the predecessor of modern day Iran, to kill off all the Jews within its empire. The plot was successfully overturned, ending in the mass killing of those who sought the demise of the Jewish people.

Israeli officials see this as a none-too-subtle hint of Netanyahu’s view of the broader situation. The Israeli prime minister believes that Iran’s ultimate goal is the destruction of the State of Israel and therefore sees special urgency in dealing with this threat.

For Netanyahu, according to Israeli sources and to a brief statement made by the prime minister himself, the main achievement of his meeting with Obama was in stating what could be seen as an obvious truth: Israel has a right to take action on its own to defend itself.

“When it comes to Israel’s security, Israel has the right, the sovereign right to make its own decisions,” Netanyahu said while sitting next to Obama in the Oval Office.

Obama, in his public remarks, stressed once again the need to allow time for diplomacy, combined with the bite of tough economic sanctions and international pressure, to drive Iran into negotiations and ultimately to give up its nuclear weapons program.

“I know that both the Prime Minister and I prefer to resolve this diplomatically,” Obama said.

It was not clear from his on-camera remarks if Netanyahu actually agreed. The Israeli prime minister, in public and in private forums, refused to state if Israel believes there is time for diplomacy and, if so, how much time there is. Netanyahu’s remarks, in fact, seemed to indicate he sees such efforts as falling on deaf ears.

“For them,” Netanyahu said, referring to Iran’s leaders, “you’re the Great Satan, we’re the Little Satan.”

Dennis Ross, until recently Obama’s top aide on Iran and now counselor at the Washington Institute for Near East Policy, said that Israel and the U.S. have a different sense of Iran’s “zone of immunity” after which a nuclear program cannot be stopped. According to Ross, Israel’s vulnerability and its smaller military capability provide it with less time in dealing with Iran, as opposed to America’s significantly larger military power that could stop Iran even in later stages of nuclear development.

On the Israeli side, the dominance of the Iran issue in Obama and Netanyahu’s talks is seen as an achievement in itself. The Palestinian issue, which until less than a year ago topped the U.S–Israel agenda, has been sidelined and took up only the last quarter of the leaders’ Monday meeting, according to an informed official.

Obama made a point of raising the Palestinians in his speech at the American Israel Public Affairs Committee on Sunday and spoke publicly of his concern about the peace process at his press availability with Netanyahu before the two met privately the next day. But the Israeli leader did not respond and, according to sources briefed on the meeting, Netanyahu did not offer any new ideas for advancing the peace process. Aides to Netanyahu noted that this was his ninth meeting with Obama and the first in which Iran took center stage.