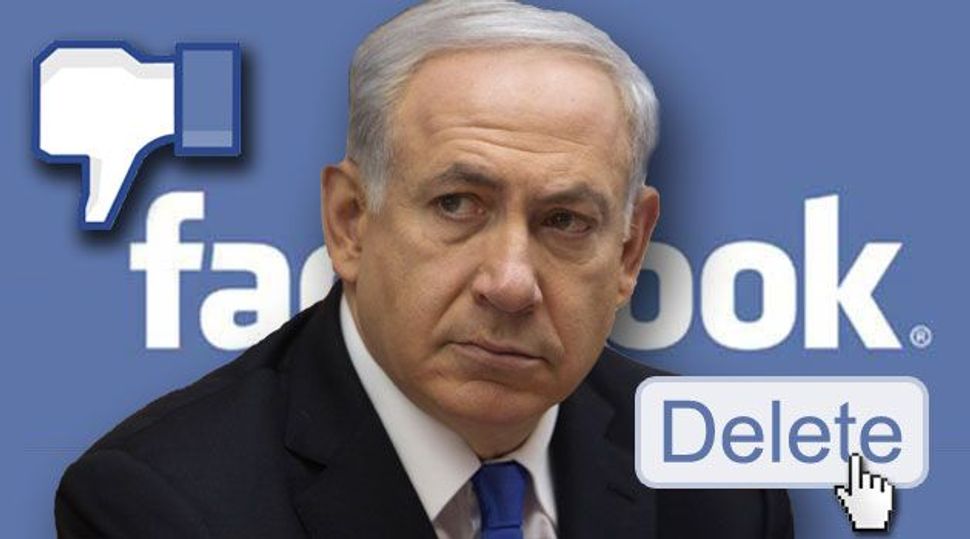 When then IDF Spokesman Avi Benayahu told the Herzliya Conference that Prime Minister Benjamin Netanyahu had ordered his unit to train soldiers to be “new media warriors,” he probably never imagined that a year later one of those keyboard warriors would brazenly block the prime minister on Facebook.

Netanyahu has a number of Facebook pages: three official pages representing “The Prime Minister of Israel,” in Hebrew, English and Arabic, which are run by editors inside the Prime Minister’s Office, as well a political page run by Likud party spokespeople.

Two weeks ago, Haaretz reported on a successful campaign to promote the latter page, which managed to recruit an additional 20,000 fans. Seeking to expand the page’s exposure, organizers of the campaign posted comment containing a link to Netanyahu’s political Facebook page on the IDF’s new Facebook page, which has managed to win some 93,000 fans since it was created about a month ago.

However, one of the page’s editors, a soldier in the IDF Spokesman’s new media department, decided that the comment violated the page’s comments policy, which forbids “curse words and improper messages” – a broad enough definition to include political messages. IDF soldiers are forbidden from engaging in any sort of political discussions while in uniform.

After rejecting the comment, the soldier decided to report the fact on his personal Facebook page. “Today Bibi left a comment on the IDF’s [Facebook] page asking people to ‘like’ him. I banned him for expressing a political message on the page.”