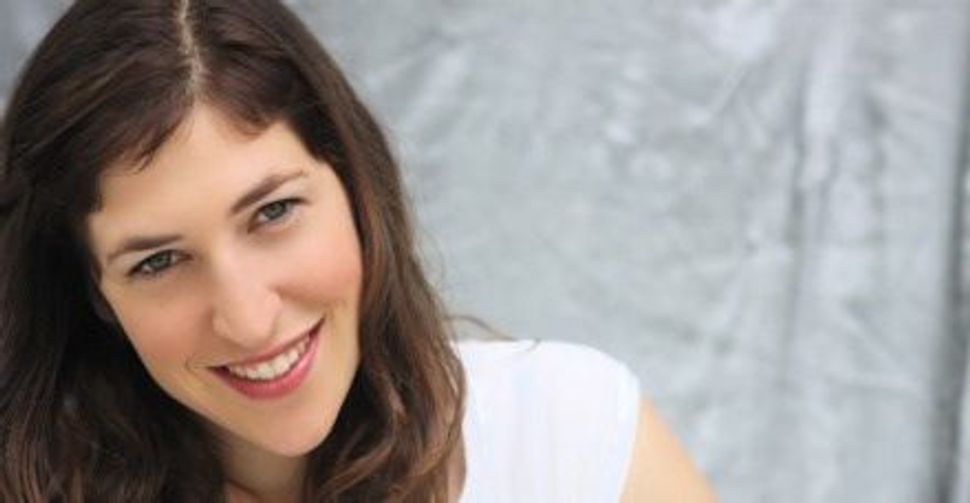 Image by courtesy of mayim bialik 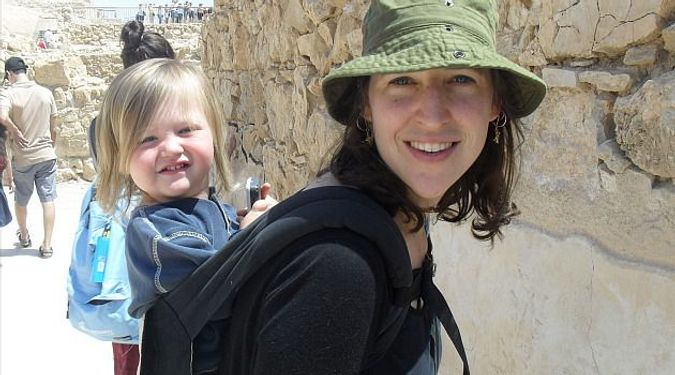 Attachment Parent: Mayim Bialik is a proponent of attachment parenting, which involves ?positive discipline? and sharing a bed with your children. Image by courtesy of mayim bialik

If you wanted to find an “aishes chayil,” a woman of valor, you probably wouldn’t think television was the best place to look. But if you switch on the popular sitcom “The Big Bang Theory,” you can catch a glimpse of one. Mayim Bialik, who plays nerdy scientist Amy Farrah Fowler on the show, is a woman of so many dimensions that each one could take a lifetime to pursue. She’s a former child actress from the popular TV show “Blossom” who has successfully transitioned into adulthood. She has a Ph.D. in neuroscience (yes, really!). She’s an observant Jew. And she’s an avid “attachment parenting” advocate with a new book, “Beyond The Sling: A Real-Life Guide to Raising Confident, Loving Children the Attachment Parenting Way” (Touchstone).

During a telephone interview from her home in Southern California, Bialik, 36, who characterizes herself as a “Type A” person, recounts her journey into parenthood. She became pregnant with the first of her two sons — Miles and Frederick, now 6 and 3, respectively — while in graduate school, and recalls having done ample reading to determine her approach to her upcoming role as a parent. “I tried to parse out what made sense and what spoke to me,” Bialik recalls. 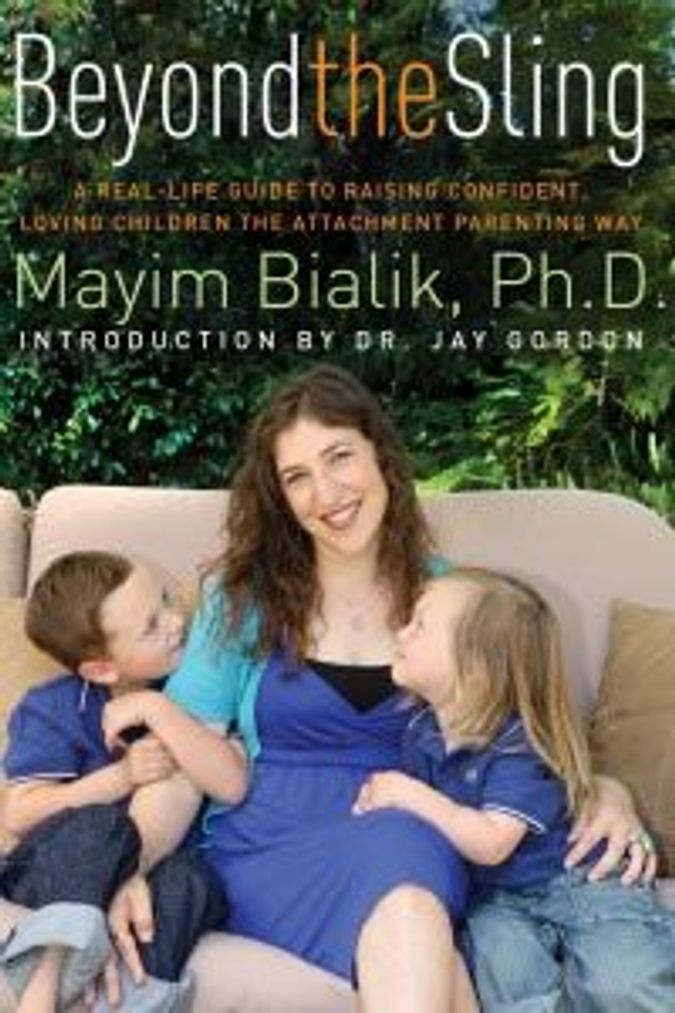 Her research led her to believe that attachment parenting was far and away the best way to raise children.

Attachment parenting is a school of thought that encourages developing more empathetic children through empathetic parenting. The method involves “positive discipline” and emphasizes facets of parenting like breastfeeding, holding children, co-sleeping with the child and positive discipline — much different from popular doctrines such as “cry it out.”

Bialik, a self-professed hippie, concedes that some elements of attachment parenting initially struck her as ”crunchy.” She was particularly taken aback when she learned about elimination communication — teaching babies how to communicate their need to go to the bathroom without diapers.

“That was an example of something that sounded crazy even for me! But I realized that that’s what we lose when we don’t live in communities anymore. You grow up with your comfort zone… and then just say, ‘Well, x worked for me,’” Bialik says. “But both the Jewish tradition and the academic one introduce the concept of two sides to each issue.”

Bialik’s backgrounds as an academic and actress reveal her willingness to examine concepts and to reinvent herself. With her book, she hopes to draw positive attention to a parenting style that many people don’t understand.

“[Attachment parenting] is not a rich, celebrity, white lifestyle,” she says. “People all over the world can pursue this and can parent this way. I wanted to put a face on attachment parenting that was both scientifically based and intuitively makes sense.”

Bialik has another goal: “to lend support to an entire global community of attachment parents who live in the shadows.”

“There are people who sleep with their kids, for example, who are afraid to talk about it” for fear of social recrimination, Bialik says. “I’d like to bring some of this out of the closet, as it were, so that people who choose to parent this way can feel confident to spread it to other people.”

Bialik’s confidence in her method of attachment parenting radiates off the pages of “Beyond the Sling” — in a charming, rather than self-righteous, way. Disarmingly, in each chapter, she anticipates her readers’ reactions to ideas that some might deem more hippie-dippie than practical (like co-sleeping with children: Bialik shares a family bed with her husband and two sons) and pre-emptively addresses their questions.

“You think I never have sex with my husband in my bed?” Bialik writes. “You’re right!”

“Breastfeeding is very physically difficult, and elimination communication is physically tedious,” Bialik says. “Most of all, it’s a psychological shift in parenting a way that most of our culture doesn’t understand or support, and having to confront everything around that has been the hardest. Discipline, for example, takes twice as long and is the hardest part of being a parent — and attachment parenting necessitates that you personally have to look in the mirror when disciplining your child and confront your own lack of patience.”

Bialik stresses that being an attachment parent and being Jewish jibe well with one another.

“For me, I feel a connection with Jewish mothers no matter how they parent,” she says. (Bialik, like this writer, is a contributing editor at the Jewish parenting website kveller.com.) “Margaret Mead wrote an essay observing a religious Jewish family, and a lot of what they do is what attachment parents do — emphasis on holding, rocking, singing, cooing, adoration and encouragement of nursing. It’s very interesting historically to see that I’m part of a tradition that is a very old culture.”

Bialik’s work-life balance is arguably trickier than most: Few women, after all, are attempting to balance motherhood with a role in a hit TV show. “Right, no one else at the park is in a sitcom,” Bialik laughs. “That’s not really what life looks like. For us, the answer is my husband.”

“Now I’ve become the person at work all day, and it’s hard,” she confesses. “I feel like something was taken away from me, and it was — I was home and knew what the dynamic was like, and now I leave them in the care of their father.”

“It’s complicated,” she says. “But what part of parenting isn’t?”

For the moment, Bialik is enjoying the chaos of her newest role of author. “It’s like having a kid you send to boarding school, but it’s a newborn,” Bialik says, describing the imminent prospect of seeing the book she wrote on bookstore shelves. “You’re just thinking, ‘Go into the world and do something good.’”

Jordana Horn is a lawyer and writer working on her first novel.