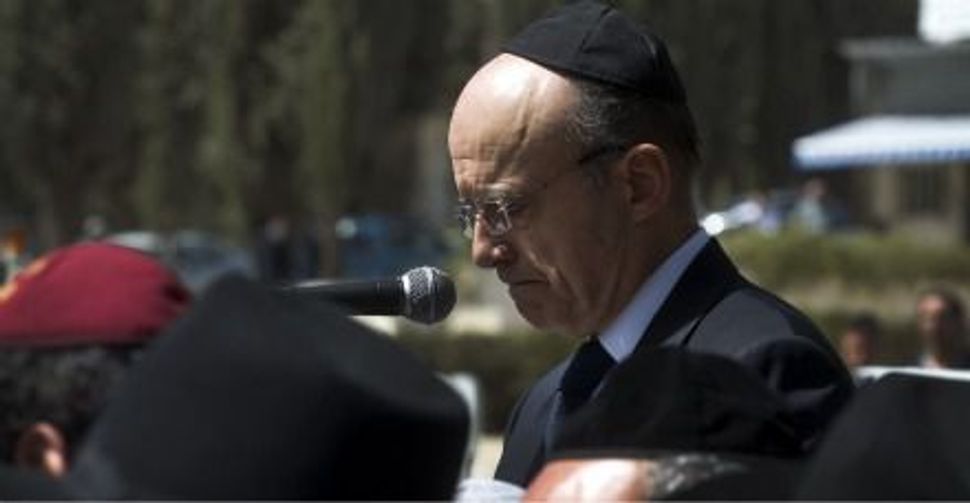 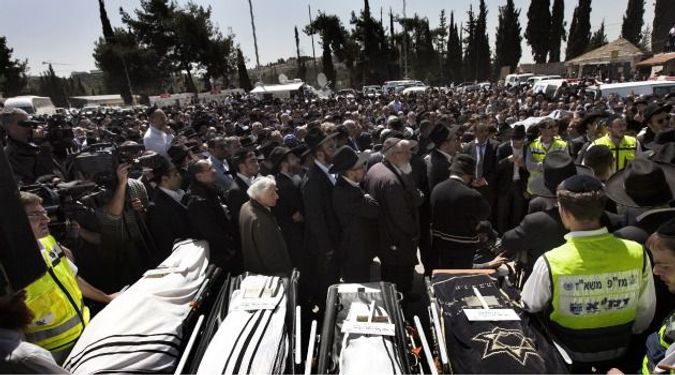 Anguish in Israel: Grief-stricken crowds mourn the deaths of the victims of the Toulouse shooting rampage at their funeral in Jerusalem. Image by getty images

Thousands of mourners arrived at the Har HaMenuchot cemetery in Jerusalem on Wednesday morning to attend the funeral of the four victims in the shooting at a Jewish School in Toulouse, southwest France, earlier this week.

Juppe met with President Shimon Peres before the funeral started. “I came to show the French people’s solidarity with the Israeli people, who feel like their children have been murdered,” he said after the meeting.

“I thank you for being sympathetic with us such a hard day,” said Peres to Juppe.

“This is a unique expression of the deep relations between France and Israel. Your arrival and the actions of President Sarkozy during these difficult events prove that Israel and France are on the same front in search of peace and all-out war against terrorism,” Peres said.

“You can be confident: France is doing everything and will do everything so that there will be full safety in schools and synagogues, so that a criminal act such as this will never happen again,” Juppe said at the ceremony.

Juppe said at the end of his eulogy, “May their souls be bound in the bond of life.”

Parliament speaker Reuben Rivlin said in his eulogy at the that the attack was inspired by “wild animals with hatred in their hearts.”